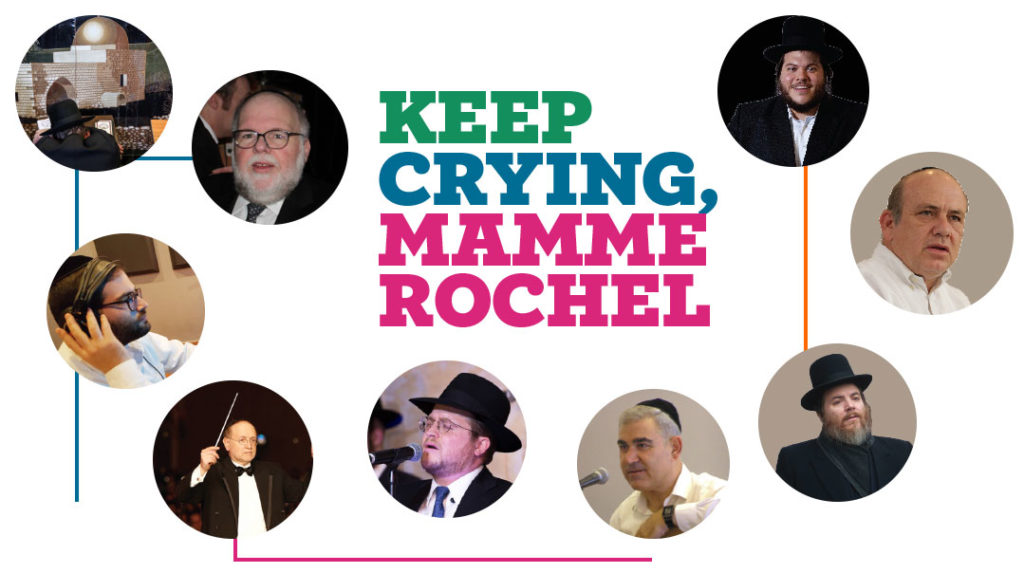 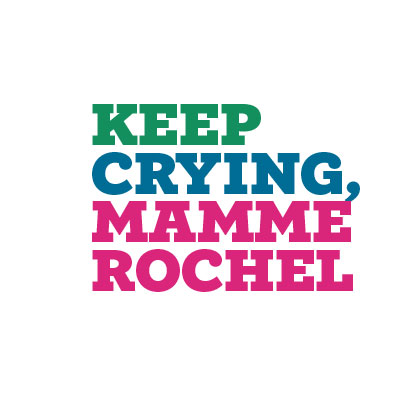 Banished into exile thousands of years ago, the Jewish People passed by Rochel Imeinu’s gravesite at a lonely roadside in Beis Lechem, while her pleas on high gained Hashem’s assurance of her children’s eventual return. Her kever has been a place of prayer for centuries, and the powerful pesukim that describe Rochel’s tears and Hashem’s promise have been a source of comfort throughout the Exile — and spawned dozens of meaningful songs. In honor of Rochel Imeinu’s yahrtzeit on 11 Cheshvan, which song is your favorite?

I Remember Every Note

I would pick the “Kol Berama” composed by Reb Akiva Homnick, sung by Shloime Dachs on his Ke’ish Echod album. I remember when that album came out in 2001 — I listened to the song over and over, and until today I remember every note, including the beautiful flute opening, which I believe was arranged by Yisroel Lamm.

Back to My Childhood

The first Rochel Imeinu song I learned was Shlomo Carlebach’s, which was very popular at the time. Today it’s known as “Veshavu Banim,” because people just start the song at that point, but it actually starts with the words “Kol beramah,” and it’s a masterpiece. It’s on Carlebach’s 1965 album Mikdash Melech/In the Palace of the King. Then came Yossi Green’s classic niggun, which Yigal Calek set to “Kol Beramah.” They both bring me back to my childhood. Yigal Calek’s Pirchei London was a major novelty when they came to perform in New York. Great times!

You Hear the Tears

The one I like best is the “Kol Beramah” sung by Pirchei London/New York School of Jewish Song, and also on Yigal Calek’s Pirchei Yerushalayim, from back in 1971. It’s a song full of yearning, and the way the melody opens with the pleading notes of Rochel’s cry is exquisite. “Kol, beramah nishma, nehi, bechi samrurim, Rochel, Rochel mevakah, mevakah al banehah” — you absolutely hear her tears in the words, the phrasing, the tune. It pulls you in, even all these years later. It’s also Yossi Green’s first composition, which is a musical landmark.

How She Must Have Felt

My favorite is actually the first one I ever heard, that was originally recorded by Yigal Calek and the London School of Jewish Song, the New York School of Jewish Song, and later by his other choirs. I think the slow part really portrays the sadness experienced as the Yidden went into galus and passed Rochel Imeinu’s kever, as well as how she must have felt seeing her children going by. It also reflects the sadness Yaakov Avinu felt when burying her there so many centuries before. And the fast part, so upbeat, reflects the approach of the Geulah.

However, if I were at a yahrtzeit event for Rochel Imeinu, I would choose the vintage Dveykus version of “Kol Berama” by Abie Rotenberg. It’s reflective and uplifting, as we ought to feel when we remember and reflect on a yahrtzeit.

Every Song is Special

I like to sing Abie Rotenberg’s English hit, “Mamma Rochel, Cry For Us Again,” and I also find Simcha Leiner’s “Rochel Mevakah” beautiful and very emotive. But I would say that Yossi Green’s composition on the London/New York Pirchei still stands out. It captures Mamma Rochel’s yearning cry, and then the march section reflects the joy of the Geulah. It’s just an incredible melody. Off topic, I sometimes use it for the Mah Ashiv section of Hallel, and it fits beautifully there too.

I’ll be singing the piyut written by the Ben Ish Chai, with its chorus “Chaneinu kah, chaneinu, bizchut Rachel Imeinu.” That is our tradition, and I remember the song since my childhood. The tune, I believe, comes from Baghdad.

Who Will Be My Mother?

I’ve written two songs for Mamme Rochel. The first was sung by Michoel Schnitzler on his album A Nekidele. It’s a Yiddish ballad about little Moishe’le, a child who is sent on a boat to Eretz Yisrael alone just as the Nazis are about to round up his family. He asks, “But who will be my mother there?” and his mother replies, “My child, you will find a mother there too. She is called Mamme Rochel.” He will never see his own mother again. Orphaned and alone, with a broken heart, he asks some older Yidden where Mamme Rochel can be found, and is led to the quiet grave in Beis Lechem, where he cries, searching for comfort. The song ends with reassurances from both mothers, up Above, that all Yiddishe kinder will be redeemed, and he will see his mother again, with the coming of Mashiach.

The other song, which has become quite popular, was arranged by Mona Rosenblum and is on Yosef Moshe Kahane’s Mesikus 2 and on Shloime Daskal’s Chevraya album. It’s the one where the word “kol” is repeated, creating a kind of echo feel at the beginning of the melody, and then the song quickens and there is a repeated refrain “Ruchel, Mamme Ruchel, Ruchel Mamme Ruchel, mevakah al banehah…” 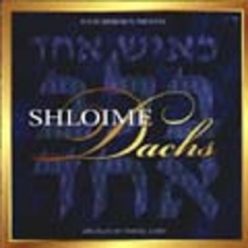 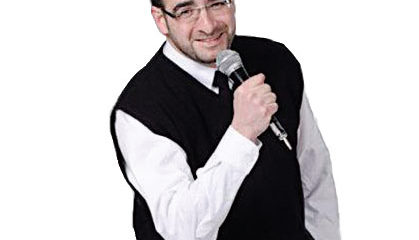 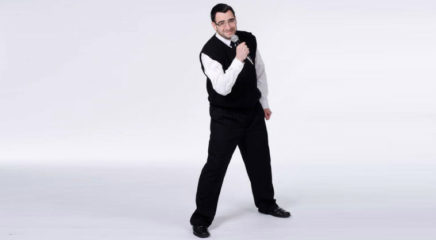 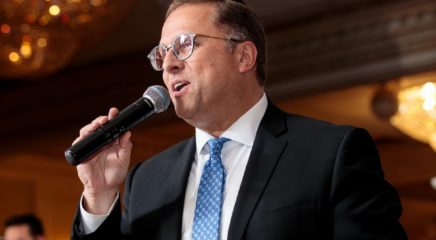 Riki Goldstein
Shloime Dachs: If I Could Press A Re-Do Button