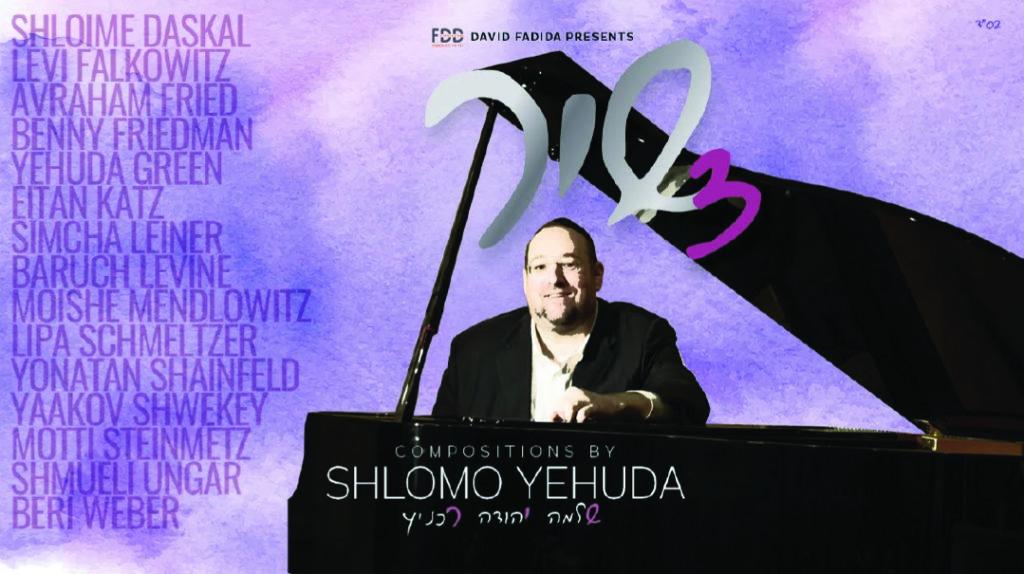 While fans have been waiting since Shir 2 came out in 2016 for the next Shir album to emerge, composer SHLOMO YEHUDA RECHNITZ has been working on it for a lot longer than you’d think. Yitzy Berry, who together with his partner, Eli Klein, arranged six of the songs on the new Shir 3, explains that there had been back-and-forth between them about some of the songs for around four years.

“The work began when Eli and I were in L.A., together with producer David Fadida, around four years ago, and continued when Shlomo Yehuda came to Eretz Yisrael, before coronavirus,” says Berry. “Recently, of course, it’s been long distance.”

One track, “Lecha Amar Libi,” sung by Motti Steinmetz, has been waiting a lot longer than that, though. It’s one of Rechnitz’s earliest compositions, but due to the utter simplicity of the melody — it uses only four chords — he held onto it for decades, never thinking of it as album material. Now seemed to be the right time, and with the melody transposed to Motti Steinmetz’s key and range, the song goes straight to the heart.

The album also includes “Mizmor Lesodah” and “Nachamu,” which were previously released in honor of Shlomo Yehuda’s daughter’s wedding, but will reach a wider audience now they have taken their slots on Shir 3. Shlomo Yehuda’s younger brother, Chaim Moshe Rechnitz, has contributed a few noteworthy songs and some lyrics as well, including a catchy “Achakeh Lo” sung by Avraham Fried. Far from a sombre “Ani Maamin,” this is an upbeat song of joyful anticipation.

“As composers, Shlomo Yehuda and I speak a common language,” says Baruch Levine, who’s enjoyed being part of the Shir process once again. They collaborated on yet another “Vhaarev Na Hashem” song, called “Kulanu,” adding to two previous songs Baruch Levine wrote for the Vhaarev Na organization that encourages talmidim in intense Gemara review. The low part of the song was composed by Shlomo Yehuda at the Vehaarev Nah “chasunah” event in Nissan two years ago. After teaching it to the crowd, he opened a contest for anyone present to complete the high part. Although 50 entries arrived, none of them struck the right note, and at founder Rav Dovid Newman’s urging, Baruch Levine completed it.

“What sets Shlomo Yehuda’s music apart, in my view, is that he innovates musical ‘chiddushim’ and yet maintains a totally familiar sound,” says Levine. “His songs are up to date but always with dveikus and within the boundaries of traditional hartzig music. It’s not simple to find newness while remaining within the parameters, and that‘s why the Shir albums are so welcome in the yeshivah world.”

One standout feature song, “Achas,” sung by Yaakov Shwekey, is an evocative composition portraying the drama of the Kohein Gadol’s annual entry into the Holy of Holies on Yom Kippur. Producer Yitzy Waldner enlisted arranger Mendy Hershkowitz, who took the song from its basic form to the grand production it became, says that his aim was to help listeners feel the palpable tension of the nation as they waited for the Kohein Gadol to succeed in gaining their atonement — or, if he was unworthy, to die in the attempt.

“I sat with Mendy Hershkowitz for hours as we designed an arrangement — fittingly including a 70-piece symphony orchestra — which brings it to life,” Waldner relates. “We began with the background noise of the people in the azarah, Shlomo Yehuda’s idea, then brought in the cello to create the somber mood of Yom Kippur. The song builds through the low part, with the singer telling the story of the Kohein Gadol’s entry, building up to the avodah, and finally, Klal Yisrael’s tefillah for him.”

The very last addition was the album’s final song, “Hamalach (The Real Vaccine).” Shlomo Yehuda and his brother Chaim Moshe didn’t have the final version ready when the rest of the album was ready to be mastered, but they decided that it fit the mood of the moment, even though it delayed the album’s release for another few weeks. Vocalist Simcha Leiner was traveling over the weekend when the vocal tracks had to be recorded, but that didn’t stop him.

“Simcha is a tremendously talented artist who usually records his own vocals in his home studio,” says song arranger Yitzy Berry, “but this time, he took along his portable studio equipment and sang the song in the hotel room after his scheduled event.” 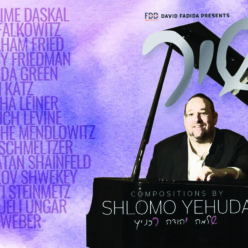