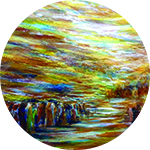 ith the outbreak of coronavirus, lives and lifestyles have been completely transformed. Who could have imagined that one microscopic virus could wreak such havoc throughout the world? Who could have projected the vast numbers of people who would be affected by the coronavirus?

We’re now all aware of how contagious and how potentially deadly the virus is. Everyone recognizes the vital importance of social distancing and the imperative to avoid contact with anyone who may have been exposed.

In the early stages, however, lack of knowledge and lack of awareness caused people to be lax about avoiding social interactions with others. When everyone around them looked healthy, it was difficult to envision the possible danger that lurked within every encounter. Could it really be such a problem to mingle with others, especially without physical contact? Was it truly necessary to remain inside our homes? Weren’t the safeguards being put in place a little extreme?

As we know, everything in the physical world has a parallel in the spiritual world.

Diseases of the neshamah, as well, can be highly contagious. They can be transmitted through close contact or “through the air.” A person can become spiritually ill merely by being in the general vicinity of other spiritually ill individuals. A spiritual epidemic can develop and spread rapidly.

Rav Chaim Sogolovich uses this insight to explain a phenomenon that had deeply troubled him. In his times, there had been a plethora of incidents of Russian Jews involved in acts of murder. (Perhaps he was referring to the Jewish Communist revolutionaries.) How could that possibly be? he questioned. Cruelty isn’t a Jewish trait. Jews are defined by their capacity to feel shame, compassion, and kindness. Throughout our long and protracted galus, it was unheard of for Jews to be involved in murder.

In fact, Rav Sogolovich relates that when Czar Nikolai I once gathered information about the criminals in his prisons, he found that not even 1 percent of the Jewish prisoners were incarcerated for murder. The Jews were in prison for other crimes, such as theft or insubordination, but not murder. How then, did it happen that some Jews became murderers?

Rav Sogolovich attributes the higher incidence of murder among Jews in his time to the Russo-Japanese War that killed tens of thousands of people. He writes that the war brought cruelty into the world and “poisoned the air,” affecting even the Jewish Nation.

This is why, he explains, the mitzvah of eglah arufah (the process of atoning for a murdered body found on the road between cities) is found in the Torah right between mitzvos related to war — even though the eglah arufah is not a wartime mitzvah.

Rav Sogolovich explains that the placement of the mitzvah of eglah arufah teaches us an important lesson. The incidence of war injects into the atmosphere a tendency toward cruelty, a lack of revulsion to murder. To counteract this tendency, the Torah is impressing upon us how great is the value of human life, so much so that the Sanhedrin must leave the lishkas hagazis and go through an entire lengthy procedure as delineated by the Torah if a murdered body is found. Through the placement, the Torah is cautioning us to be aware of the effect of war upon us and to do whatever we can to counteract it.

The rapid spread of coronavirus is perhaps a physical manifestation of the rapid spread of spiritual disease. A person can contract the dreaded virus merely by being near an infected individual for a short duration of time. In the same way, a person can absorb tumah and spiritual maladies merely by being around others who are “spiritually ill.” The values of the people we associate with and the morals of the country we live in have a profound effect on us.

So many of us regret that we didn’t have a greater understanding of the danger of coronavrius early on. We wish we’d heeded the warnings of the doctors from the very start and had practiced social distancing earlier. In the beginning, however, it was difficult to see beyond the superficial and to accept the fact that many of those around us who appeared healthy were actually carriers of the dreaded virus.

It’s difficult to internalize the reality that what may seem like innocuous exposure to tumah is in fact a grave peril to our neshamah. Now is the time to work on ourselves to take more seriously the warnings of Chazal and the urging of our rabbanim regarding the need to separate ourselves and our families from negative influences as much as possible. If acts of cruelty by soldiers in a faraway battlefield can ultimately lead to acts of cruelty by Jewish people on the home front, then certainly exposure to tumah in our immediate surroundings will have an impact on us.

Insisting that we’re immune to those effects and that we will not be harmed is the same as insisting that we can stroll among carriers of coronavirus and not be affected.

The encouraging news is that just as we’re negatively affected by tumah and spiritual illness, we’re also positively affected by kedushah and ruchniyus. And just as other people’s actions have the ability to affect us, our actions have the ability to affect others. Each mitzvah, each step toward kedushah, has the potential to uplift not only ourselves and our family, but the entire Klal Yisrael.

After positing that the reason Jews began committing acts of murder was because of the effect of the Russo-Japanese War, Rav Sogolovich posed a question that would seem to undermine his own theory. The Russo-Turkish War at the end of the 1800s also took the lives of tens of thousands of people, and yet there wasn’t a greater incidence of murder among Jews during that time. Why not?

Rav Sogolovich explains that when the air is infected, it’s possible to spray disinfectant to cleanse the air. Limud haTorah is that disinfectant. Yes, there were indeed other wars with heavy casualties. However, there was also more limud haTorah that “disinfected” the atmosphere. Rav Sogolovich explained that in his days, limud haTorah had become weaker among the youth, and therefore the poisonous effects of wartime impacted Klal Yisrael in such a profound way.

Let’s be aware that there are many spiritual diseases that surround us, and let’s face the fact that none of us are immune to them. Let’s do our best to distance ourselves from sources of tumah. And let’s do whatever we can to strengthen limud haTorah so its zechus will serve as a shield of protection for all of Klal Yisrael.