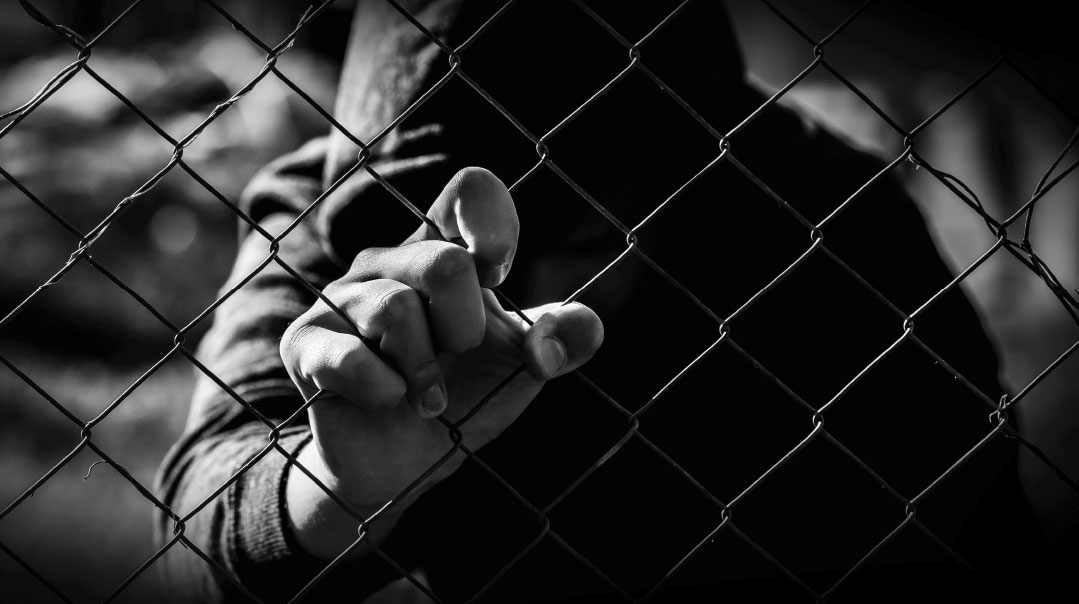 Dream: Set up our kids for success

One of nine, I grew up in Detroit on a diet of pure emunah. My parents lived Chazal’s dictum to educate each child in his own way. No matter how unusual my journey, they always supported me.

I started failing school in first grade. The system only had three categories: smart, lazy, or stupid. With a number of undiagnosed learning difficulties, academics weren’t my thing. I got my GED in 11th grade and left for seminary as soon as I could.

The one thing I was really good at was helping people. Everyone would talk to me about their problems, and it occurred to me that maybe this was something I could pursue.

After seminary, I was in the first cohort of Rebbetzin Sora Bulka’s social work program. In high school, my social worker had helped me a lot, and I dreamed of a job where I could help Jewish kids like me — good, stable kids who weren’t in crisis, but could use a bit of support.

My social work internship, in drug rehab on the Lower East Side, was my first exposure to inner-city life.

I stayed in that world for ten years.

Though I’d studied social work to help Jewish kids, when I looked for a job in Cleveland, there was nothing available in a Jewish environment. Instead, I joined an agency that contracted with inner-city families, in their homes and at school.

Among the 800 kids in the two East Cleveland schools I worked at, only one was white, and he was adopted. So I definitely stuck out, but I wasn’t nervous. Everyone knew me — and looked out for me. The uncles, the drug dealers, the ex-cons — they knew I was there to help their kids.

I worked with teens and young adults with autism, schizophrenia, bipolar, suicidal tendencies, you name it. My specialty turned out to be aggressive teenage boys.

One memorable client had been through 14 therapists in eight years prior to being referred to me. He was attacking his classmates, so all his therapists worked with him on anger management. In our initial intake session, though, I learned he’d lost his mother in a car accident when he was four, been orphaned of his father at age six, and at age 12 had been the one to find his grandmother — his guardian at the time — dead in her living room.

Was it any surprise he had an aggression problem?

Instead of trying to teach him anger management, I focused on helping him process the trauma, and within months his anger problem vanished.

So I went to prison. Juvenile prison, to be precise.

I figured that was the best place to find aggressive teenage boys.

When I called my mom to tell her I’d gotten the job in the Corrections Department, she said, “Oh, I’m so happy. You’ll be so much safer.” Now, instead of going to clients’ homes, I’d be in the prison, with guards and constant surveillance.

That was just one difference between working in schools or in a jail. The other, much more major difference, was that Corrections isn’t mental-health oriented. They didn’t care about relationship-building, which is the only way to help the kids.

Instead of being trusted to employ evidence-based therapeutic interventions, I had to work within their rigid, highly controlled, and ineffective system.

Being controlled was never my thing, not even when it came to the Justice Department. I advocated for my kids and created new channels for the help they needed.

One amazingly valuable program I ran was a cognitive-behavioral therapy group. Initially it was held four times a week, but it was cut to twice a week, and then eliminated entirely. My kids were devastated, so I said, no problem, I work Sundays, and I’ll do it then.

The union rep forbade it, fearing that soon other social workers would be roped into working Sundays, so I had to officially title it something else. Despite all the administrative roadblocks, it was something I believed in, so I made it happen.

The Sunday brouhaha was symptomatic of the whole culture; I was repeatedly threatened with firing for not working Saturdays. In general, I felt as though I had a target on my back the whole time I worked in Corrections. For forging relationships with the kids, I was seen as a traitor by other staff.

I was working at the state prison when I got a call from a colleague, a rebbi who was also a social worker. He told me that a local couple wanted to build a program to teach elementary school kids life skills that would hopefully prevent them from ending up in crisis.

I agreed to meet them — I don’t often say no to anything. But I was very skeptical.

That weekend, while home for Shabbos, my dad and I made a long list of questions to ask the prospective askanim.

When I asked about their budget, they said, “Well, we don’t actually have any money. Why don’t you tell us what you’ll need?”

Despite this dubious beginning, the idea talked to me. I’d always had a soft spot for the good kids who aren’t messed up and often get overlooked. Kids don’t just need attention when they’re overdosing; they need it earlier, to make sure they don’t get there.

I agreed to work something up, devoting just after-work hours at first. I researched indicators that could spell trouble later on. For example, when a young adult can’t express himself, his poor communication can cause anxiety. Weak coping skills could lead to self-injury. I compiled a list of early-stage issues that, if left unaddressed, can turn clinical.

Next, I developed a program to teach skills such as resilience, communication, and self-advocacy. Called Atideinu, with parallel tracks for boys and girls, we meet twice weekly after school.

While the program originally aimed to prevent risk, by now it’s become a mainstream community resource for regular children to maximize their potential and become great.

Each month has a theme, with both a spiritual and a self-development aspect. For example, in Cheshvan we focused on trusting in Hashem when things are gray, and on how our attitudes control how we experience life.

Our program director has created 240 activities to go along with the three-year curriculum, with games mirroring the themes.

For three years, I’d come straight from the county jail to Atideinu, sometimes straight from testifying in court or from a gang bust. There were days I’d have to sneak into my Atideinu office before the kids saw me, pull the curtains and just sit, processing all the horrific stuff I’d seen that day.

Eventually, as our enrollment quadrupled, I saw I couldn’t do both. Now I direct Atideinu full-time.

Those of us raised in the system often don’t realize how lucky we are to grow up with a road map to success and self-actualization. Working in juvenile justice, I witnessed, daily, the literal fulfillment of Chazal’s words. They weren’t being metaphorical when they said that kinah, taavah, and kavod remove a person from this world — I can tell you about multiple clients who died for those failings.

Trust Hashem. He will send you where you’re meant to be. Only five years after earning my master’s was I led to my dream job, which didn’t even exist up until that point. Having seen the pain of so many lost kids who have no guidance, I feel blessed to be using the amazing toolbox that is our birthright to help beautiful Jewish neshamos soar.

I love my life in Cleveland and, to be honest, never really want to leave. I have pretty great self-care, which is one reason I think I’m not at risk of burnout and don’t feel like I need to get away. The gym is my sanctuary, and I take an average of six to seven boxing classes a week.

The Ramchal. I’ve learned Mesillas Yesharim every night since age 19. I’d discuss his sefer’s unique ability to help us maximize our lives.

I thought I’d be a mom. Professional success wasn’t in the picture. I figured I’d get married young and have a bunch of kids, like my mother, but it turns out Hashem had other plans for me. 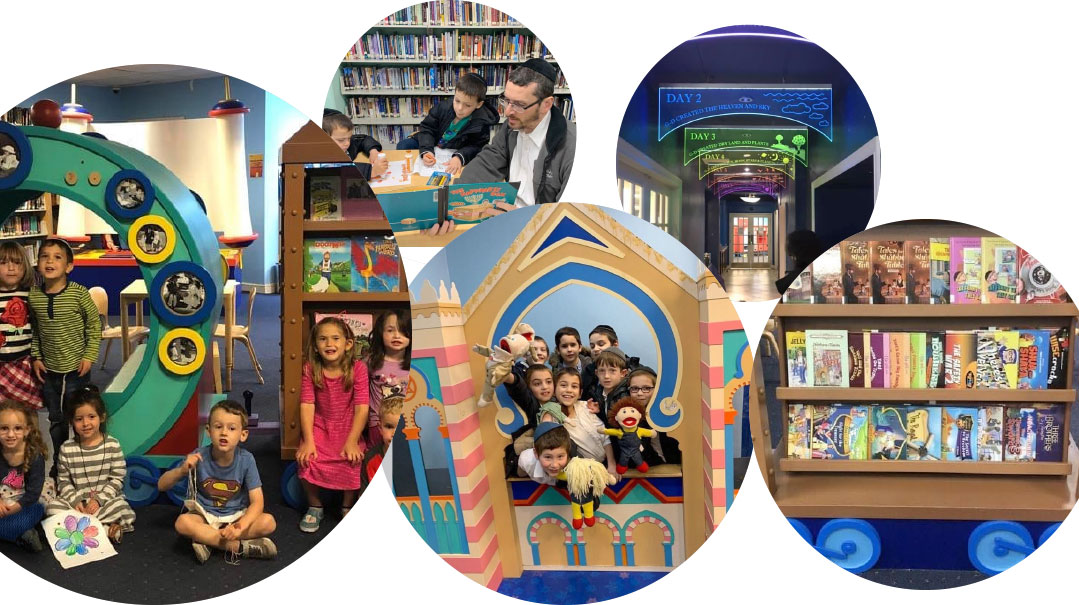 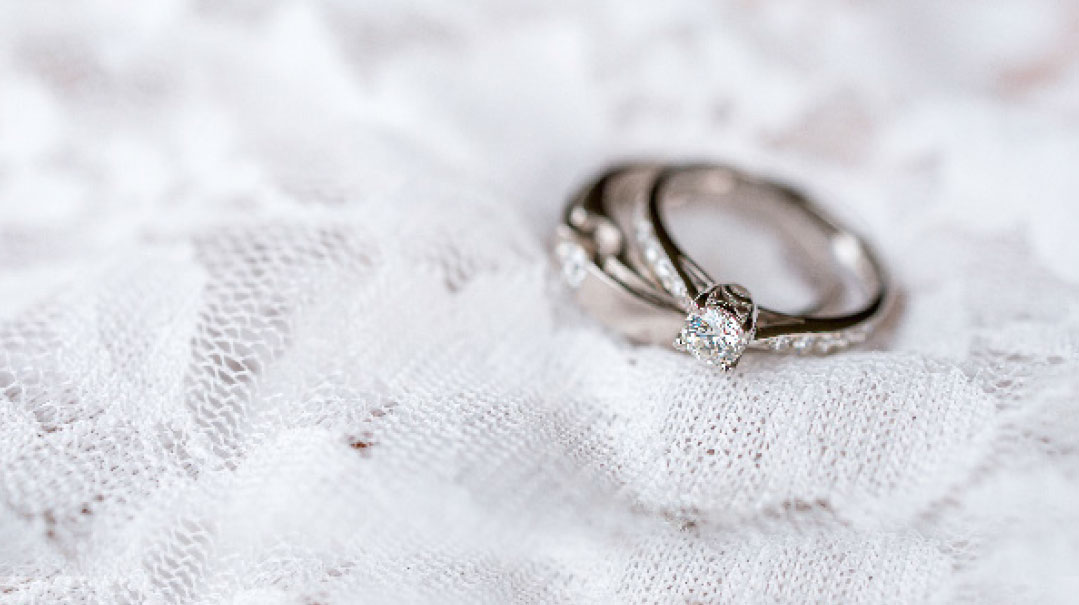 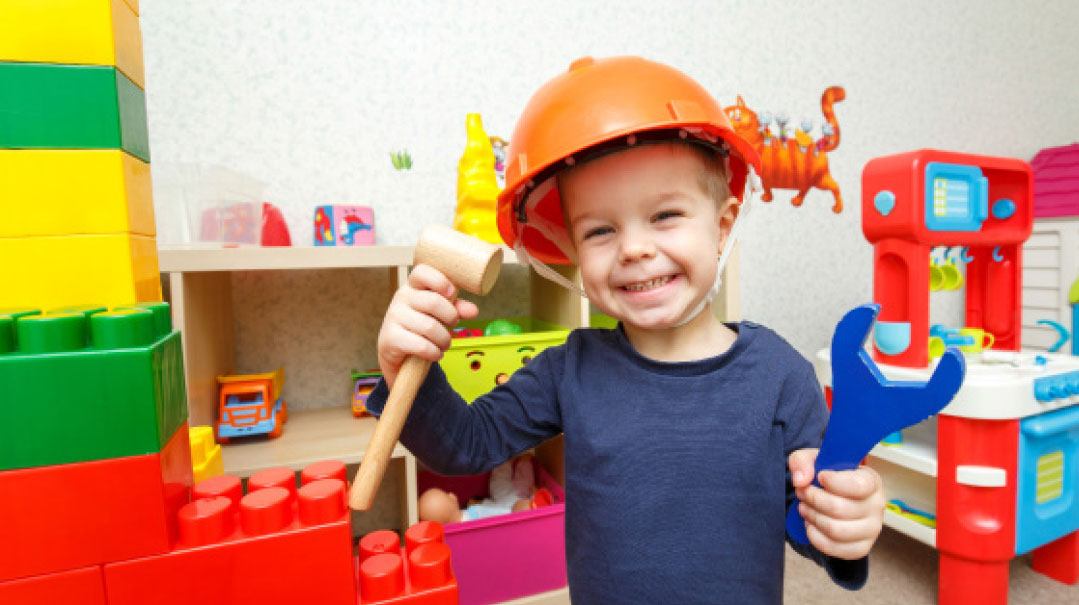 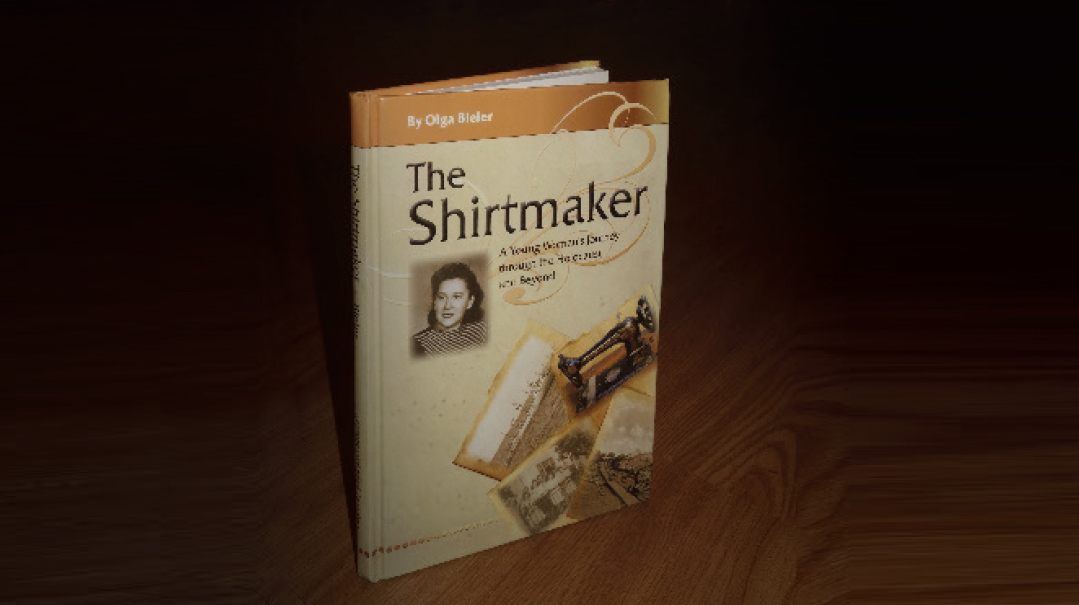 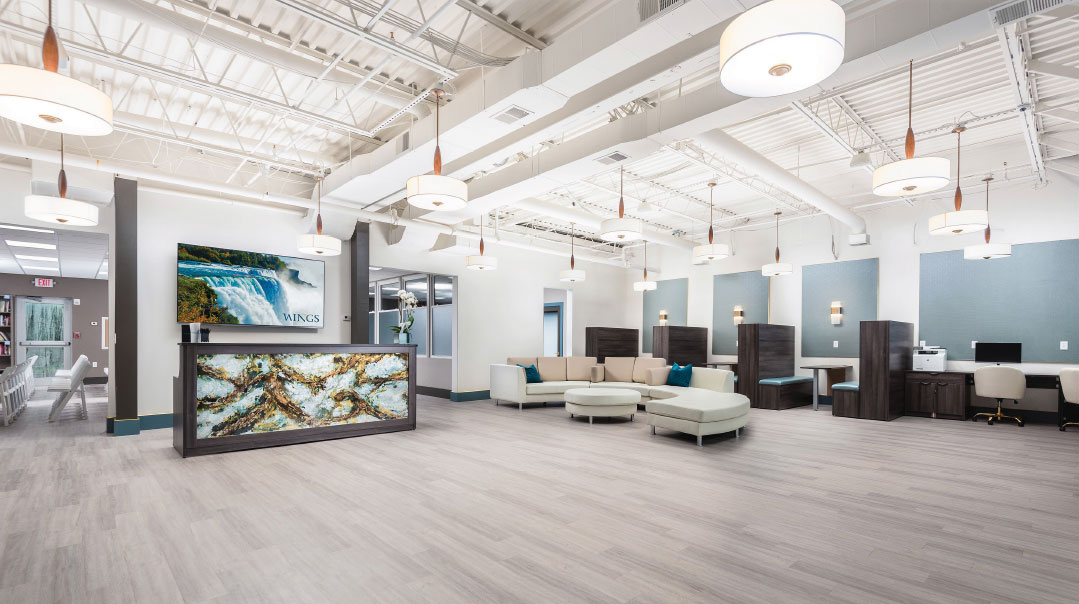 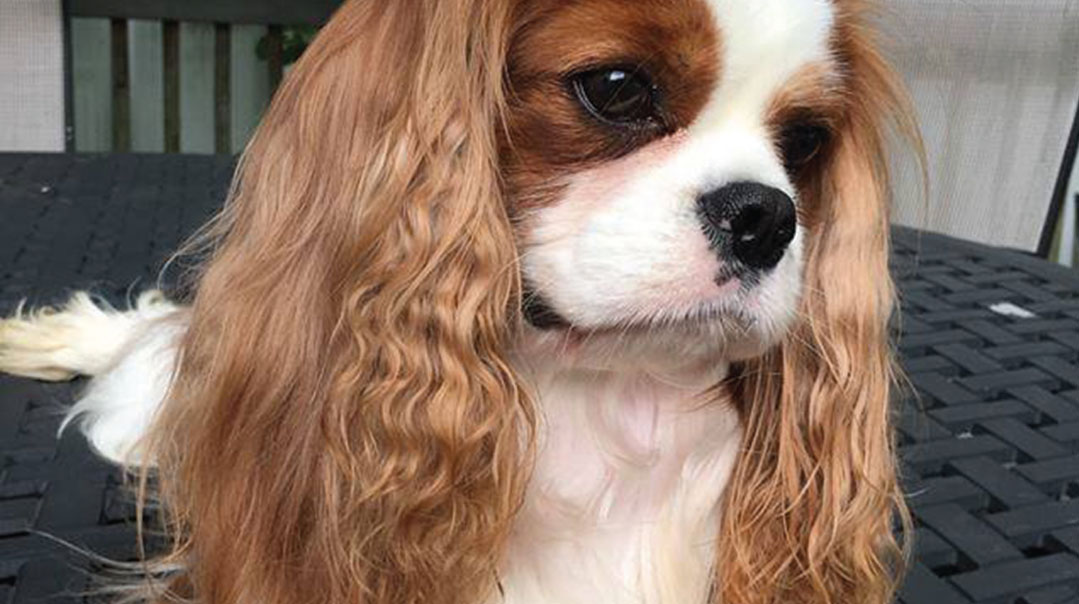