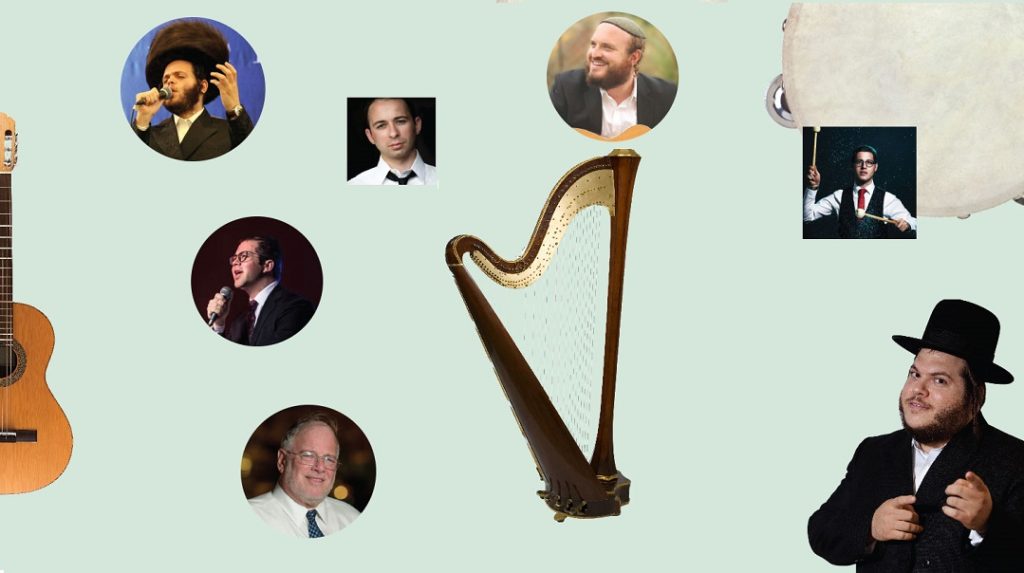 Nothing signals Yom Tov like those uplifting niggunim that are sung as part of the ultimate paean of praise to Hakadosh Baruch Hu — Hallel. It’s in the chazzan’s hands to navigate that crossroads of tefillah and music, as he starts an appropriate tune while the crowd in shul joins in, feeling their hearts open with the strains of both thanks and supplication.

What tune do you choose to express a heart full of thanks?

I like to pick a theme for Hallel and stick to it throughout the tefillah. One such example is using different “Ani Maamin” tunes. There are faster ones for the upbeat sections of Hallel and slower ones for the pleading supplications. Another example: tunes from Shabbos zemiros or “Tov Lehodos” tunes — by now people know my style and are looking out to try and figure out what theme I’ve chosen.

I use Rebbe Levi Yitzchak of Berdichev’s niggun during “Ana Hashem Hoshia Na”.

While crying out this niggun, I find myself understanding what I’m truly asking for when I ask for yeshuah.

I enjoy singing Reb Shlomo Carlebach’s “Ana Hashem” in the middle of the Mah Ashiv paragraph. I find it particularly powerful to sing a melody with the words for which it was originally written.

Around 30 years ago, the Belzer Ruv asked my father, Rav Shlomo Kalisch, to compose a new niggun for the words “Pischu li shaarei tzeddek.” Since then, he composes a new tune for these words every single Yom Tov. The choir performs the new composition in Hallel, and then it’s sung at tishen for weeks after Yom Tov. One of the very early tunes, or maybe it was even the first, is a tune with great depth of feeling which was later set to the words “Habeit mishamayim” and recorded on one of Yermia Damen’s albums. Its words “Look down from Heaven and see, we have become scorned by the nations,” are unfortunately as true as ever, and it is that slow tune I like to use for “Pischu Li”.

There’s Pinky Weber’s chazzanus piece for “Mi Ka-Hashem Elokeinu” in the first paragraph of Hallel. I’ve used it a lot recently. It’s a beautiful niggun with an elevated feel, and somehow manages to combine emotion with creative chazzanus.

There are so many niggunim I love using in Hallel. If I had to name one for the sake of this article, it would have to be the Chabadsker Niggun, also called the Tzemach Tzeddek niggun. When you’re happy and focused on the beauty of life, you want to sing. As we sing “Hodu Lashem,” we are thanking Hashem for everything. We declare everything Hashem does is good, no matter what. To sing a niggun at that point helps us to reflect on all our troubles and tribulations in life, and gives us a moment to thrust our trust on Hashem, knowing that He has a plan. It can be a difficult concept, one that needs some moments of elevated song to appreciate.

For “Odcha Ki Anisani,” I mostly use what I consider the most beautiful niggun: Yossi Green’s “Aderaba.” As soon as “Aderaba” came out, years ago, I told Yossi how magnificent it was, and I immediately had the idea of trying it for these words. It fit perfectly, and I’ve been using it since then. The song lifts up the neshamah and takes the davening to another level.

The classic “Mah Ashiv,” composed by Rabbi Aviezer Wolfson. It was originally sung by Leibele Haschel and then recorded by MBD on the Hallel album. It takes you through the entire paragraph, and it continues to be gorgeous, no matter how many years people are singing it. It has that emotional element, and it’s crafted to build up to a perfect climax. Positioned right in the middle of Hallel, it brings you to the more joyous sections. You won’t find many people who don’t know it, either. 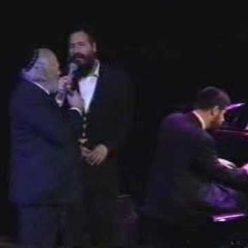