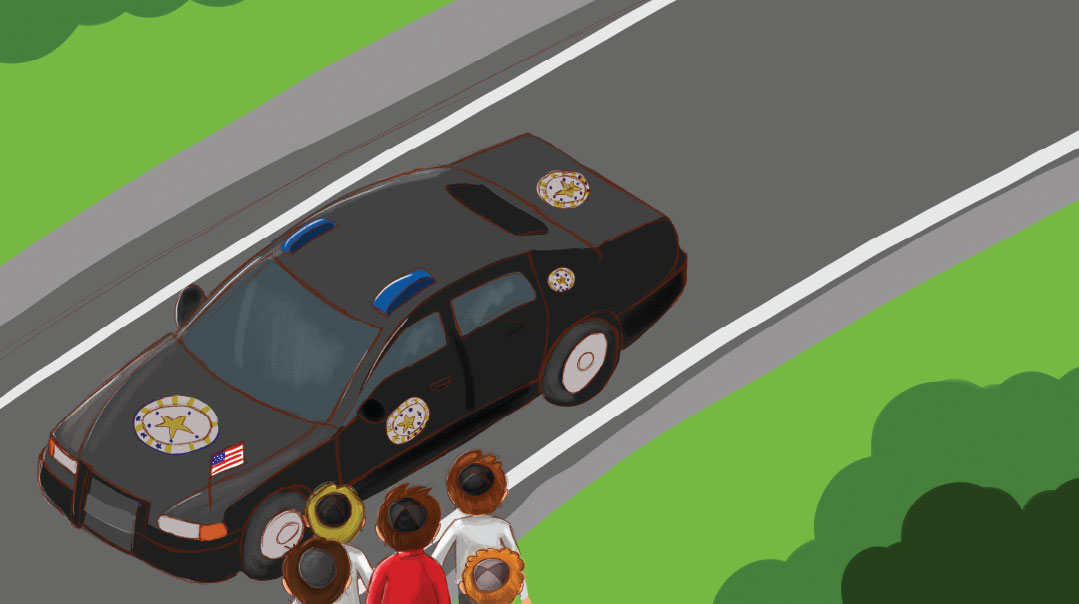 The yearly Lego fair was the talk of the town. It raised money for the Children’s Home. The year before, a millionaire called Mr. Biggs gave a large check. The Children’s Home manager was thrilled. It was enough to build a whole new floor. This year, they wanted to raise enough for a new wing.

There was always lots going on at the fair. You could buy Lego of every type. There were also amazing Lego models. This year, there was also a “speed building competition.” Jolly Solly would award the prizes.

Fishel and Faivish were already planning for the prize money. Moishy and Miriam Morris spent hours practicing. All in all, there was great excitement.

Finally the big day arrived. It was sunny, much to the manager’s relief. As soon as the doors opened, the crowds poured in.

Early in the afternoon, announcements were heard:

“Don’t miss the prize giving with Jolly Solly the clown! Make your way to the auditorium.”

The children trooped happily toward the auditorium. Its large windows overlooked the crowded parking lot. There was only one empty space. It had a “reserved” sign for Jolly Solly’s car.

As the minutes ticked past, the manager kept checking his watch. He looked worried. Where was the clown? Why wasn’t he here yet?

“Oh, dear,” said Jolly Solly to himself. “All those children are waiting for me. I need to get another car. But it has to be a large car. I have special, er, contents. Aha! Got it!”

The clown called his friend the mayor. After all, the mayor had a very large car. It would be perfect for the job!

Then he called the manager. He told him he’d be driving a different car. He wanted to avoid any parking problems. Then he left for the fair.

Meanwhile the children were getting restless. They kept looking out the windows to see if Jolly Solly was here yet. Suddenly, a huge car, with the mayor’s logo, swept into the parking lot. The car had tinted windows. It was impossible to see who was inside.

“Maybe the mayor’s giving out the prizes instead.”

Hmm. The children thought this over. The mayor was a very important person. But how could he compete with Jolly Solly’s tricks?

Just then, the driver’s door opened. A chauffeur stepped out. He opened the back door with a flourish. Everybody waited for the mayor to emerge.

Instead, to everyone’s astonishment, out sprang a monkey. Right behind him was Jolly Solly. Tuki flapped along behind them.

What a clapping and cheering broke out!