“Why don’t you join our family? We have a large succah, and you’re more than welcome” 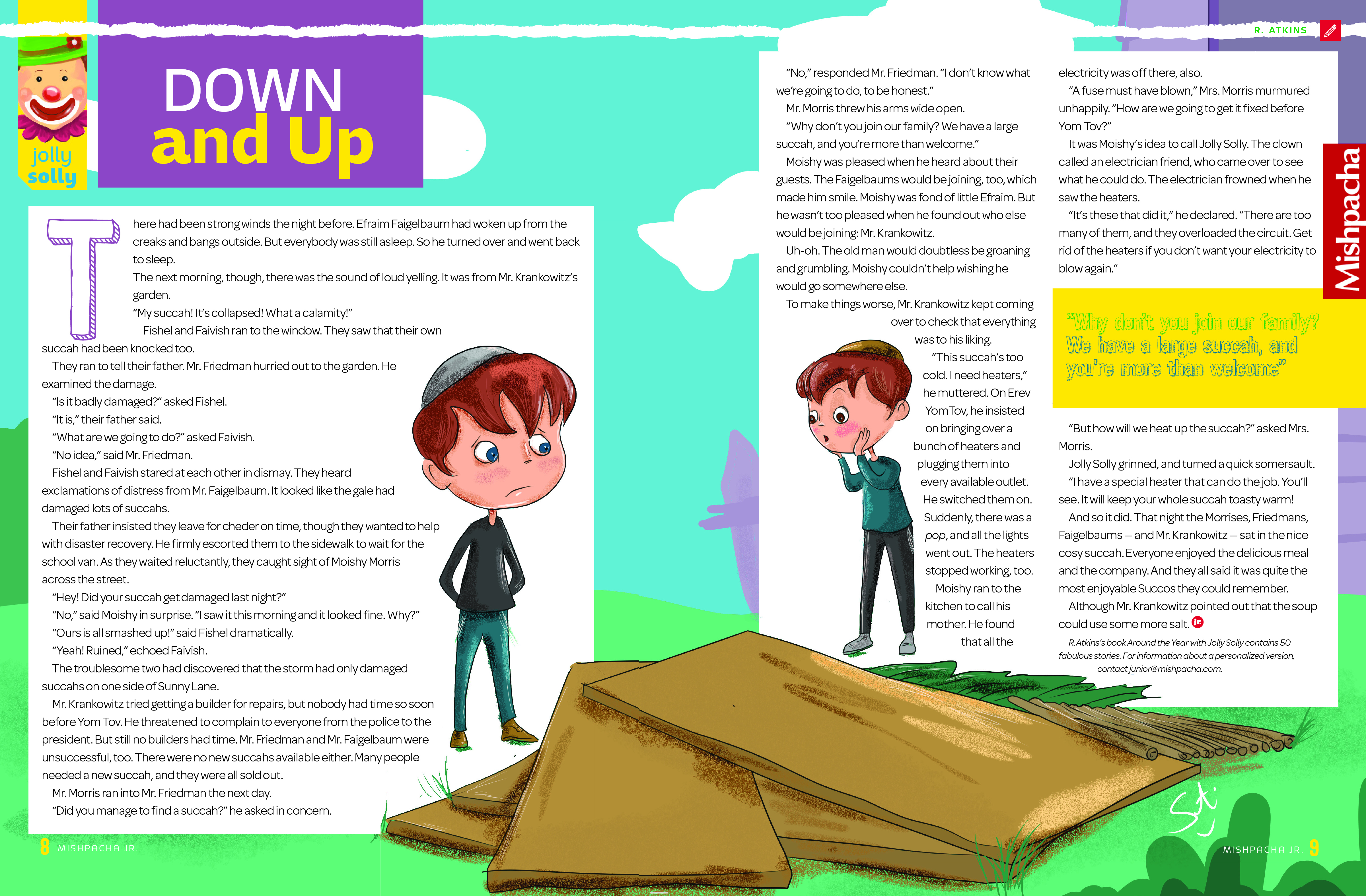 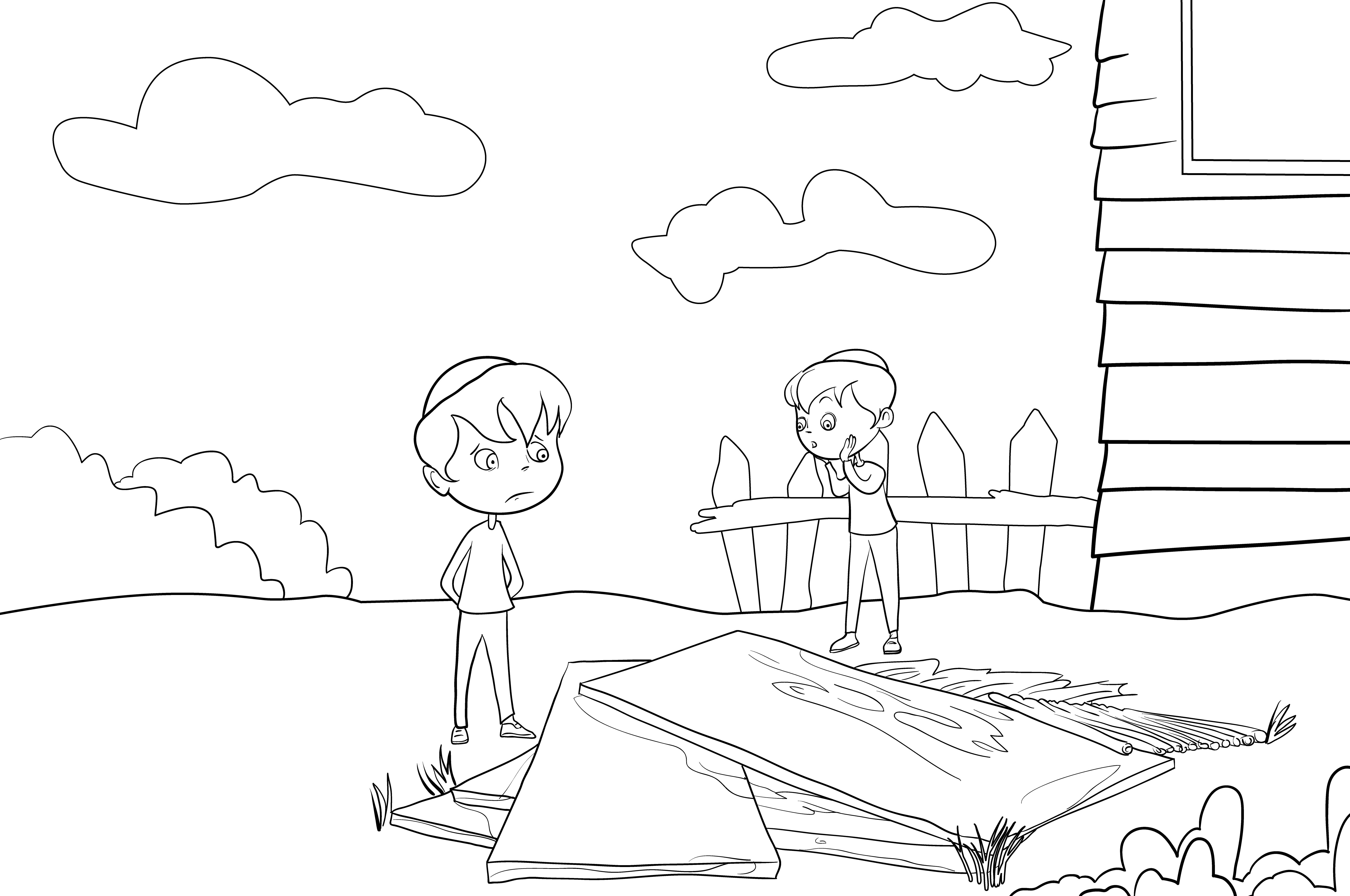 There had been strong winds the night before. Efraim Faigelbaum had woken up from the creaks and bangs outside. But everybody was still asleep. So he turned over and went back to sleep.

The next morning, though, there was the sound of loud yelling. It was from Mr. Krankowitz’s garden.

“My succah! It’s collapsed! What a calamity!”

Fishel and Faivish ran to the window. They saw that their own succah had been knocked too.

They ran to tell their father. Mr. Friedman hurried out to the garden. He examined the damage.

“Is it badly damaged?” asked Fishel.

“It is,” their father said.

“What are we going to do?” asked Faivish.

Fishel and Faivish stared at each other in dismay. They heard exclamations of distress from Mr. Faigelbaum. It looked like the gale had damaged lots of succahs.

Their father insisted they leave for cheder on time, though they wanted to help with disaster recovery. He firmly escorted them to the sidewalk to wait for the school van. As they waited reluctantly, they caught sight of Moishy Morris across the street.

“Hey! Did your succah get damaged last night?”

“No,” said Moishy in surprise. “I saw it this morning and it looked fine. Why?”

“Ours is all smashed up!” said Fishel dramatically.

The troublesome two had discovered that the storm had only damaged succahs on one side of Sunny Lane.

Mr. Krankowitz tried getting a builder for repairs, but nobody had time so soon before Yom Tov. He threatened to complain to everyone from the police to the president. But still no builders had time. Mr. Friedman and Mr. Faigelbaum were unsuccessful, too. There were no new succahs available either. Many people needed a new succah, and they were all sold out.

Mr. Morris ran into Mr. Friedman the next day.

“Did you manage to find a succah?” he asked in concern.

“Why don’t you join our family? We have a large succah, and you’re more than welcome.”

Uh-oh. The old man would doubtless be groaning and grumbling. Moishy couldn’t help wishing he would go somewhere else.

To make things worse, Mr. Krankowitz kept coming over to check that everything was to his liking.

“This succah’s too cold. I need heaters,” he muttered. On Erev YomTov, he insisted on bringing over a bunch of heaters and plugging them into every available outlet. He switched them on. Suddenly, there was a pop, and all the lights went out. The heaters stopped working, too.

Moishy ran to the kitchen to call his mother. He found that all the electricity was off there, also.

“A fuse must have blown,” Mrs Morris murmured unhappily. “How are we going to get it fixed before Yom Tov?”

It was Moishy’s idea to call Jolly Solly. The clown called an electrician friend, who came over to see what he could do. The electrician frowned when he saw the heaters.

“It’s these that did it,” he declared. “There are too many of them, and they overloaded the circuit. Get rid of the heaters if you don’t want your electricity to blow again.”

“But how will we heat up the succah?” asked Mrs Morris.

“I have a special heater that can do the job. You’ll see. It will keep your whole succah toasty warm!

And so it did. That night the Morrises, Friedmans, Faigelbaums — and Mr. Krankowitz — sat in the nice cosy succah. Everyone enjoyed the delicious meal and the company. And they all said it was quite the most enjoyable Succos they could remember.

Although Mr. Krankowitz pointed out that the soup could do with some more salt. 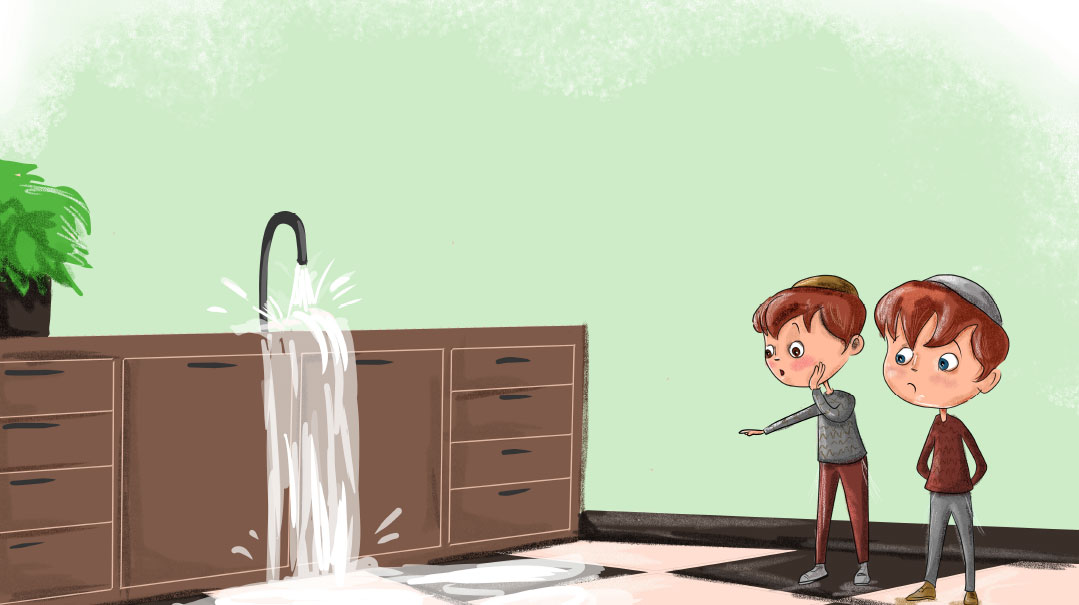 "Mr. Ronson is always telling us to do science experiments at home,” added Faivish piously. “And here we are, doing just that” 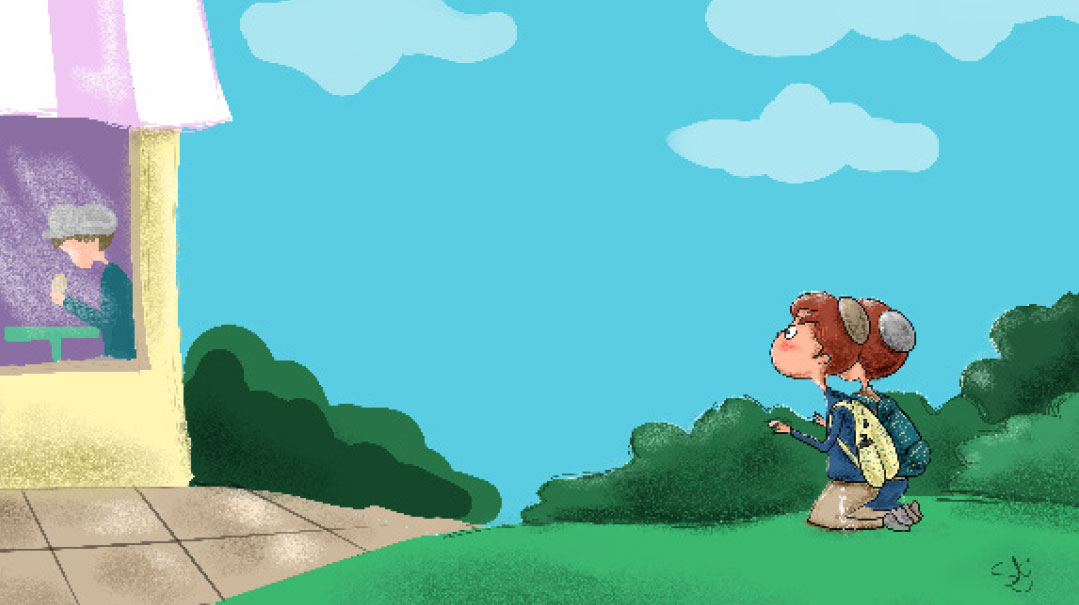 The bus had taken them to an unfamiliar street. How would they ever get home? 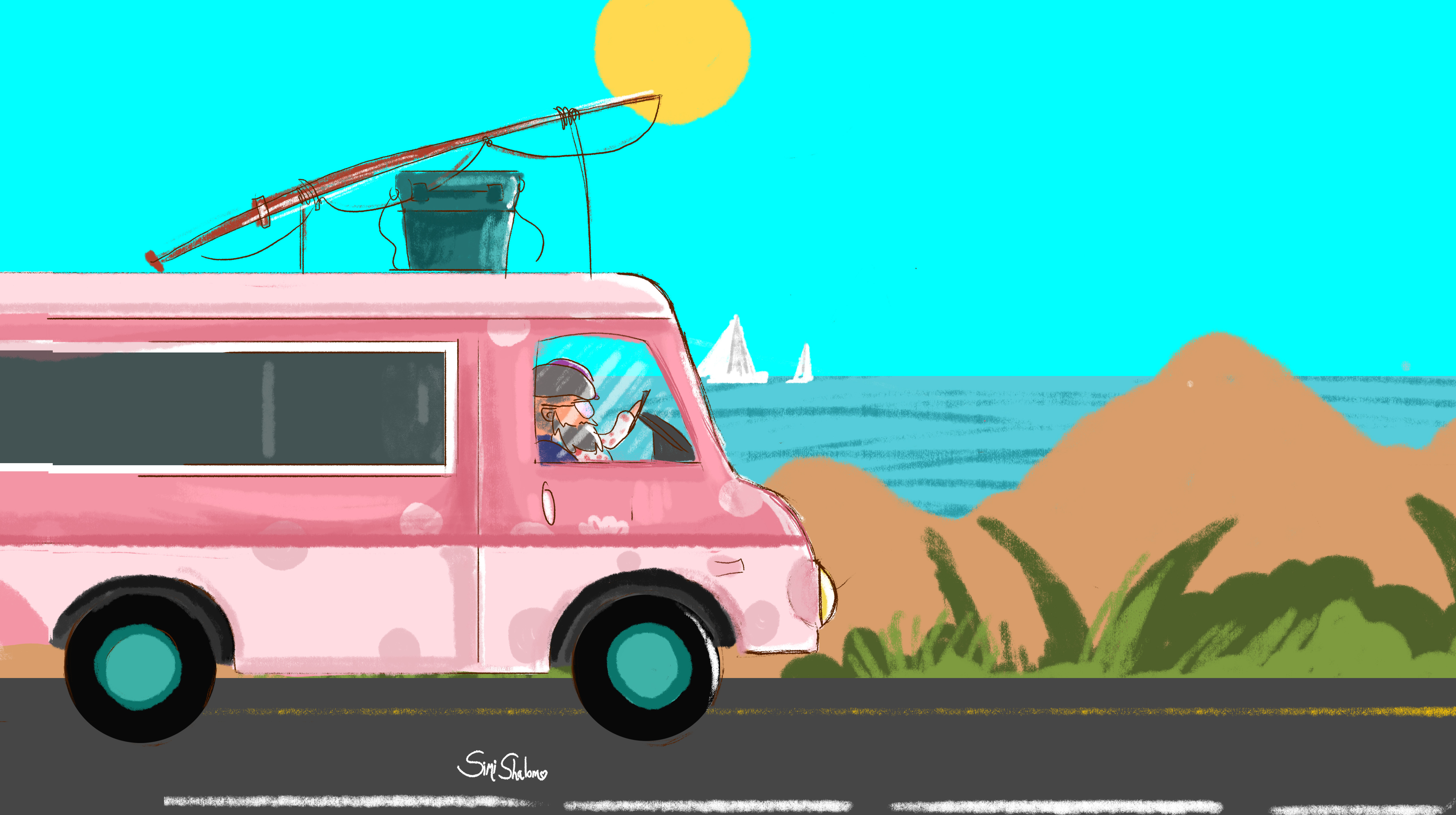 R. Atkins
What a Trip

“Big day? What big day? They’ve canceled the whole outing, because of some stupid health scare”