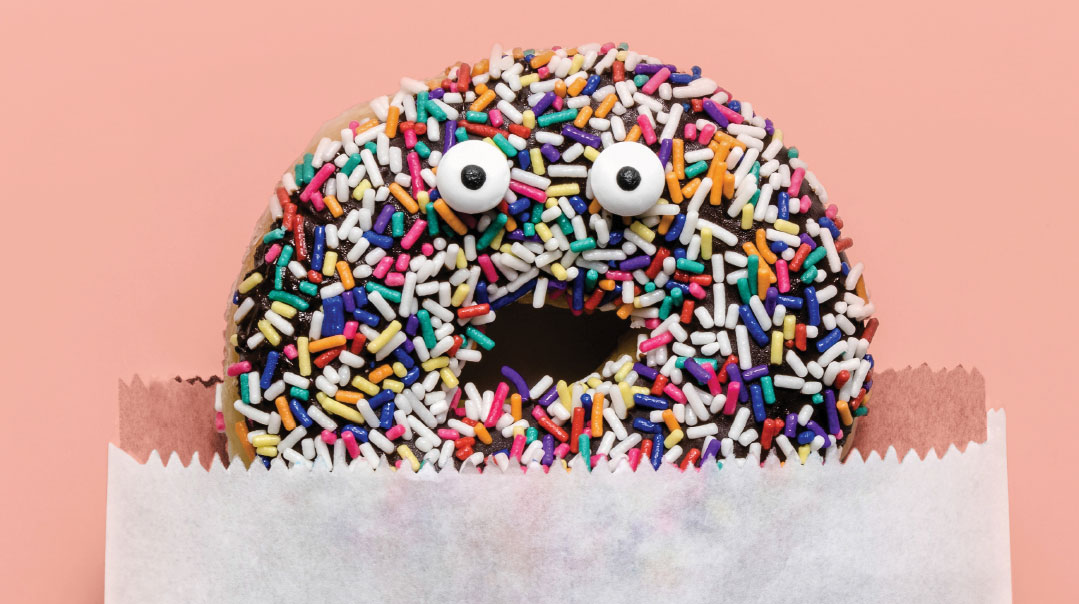 When Rivi, who’s organizing our class Chanukah party, announces, “We need homemade doughnuts,” no one volunteers.

Batya offers to buy some, but Rivi frowns, shakes her head. “Not good enough,” she says, wagging her finger in mock rebuke. “We need homemade.” She raps her pen on her desk. “Anyone?”

“Aw, come on,” Rivi says. “Don’t any of you bake? We need this party to be the most amazing party ever!”

Silence again as all turn to stare at me. My ears burn, and I rub my tongue along my top teeth.

“That would be great!” she exclaims. “I didn’t know you can bake,” she adds unnecessarily.

“Neither did I,” Shiri calls out. “Even though you’ve been in our class for two and a half years already!”

I shrug silently, picking at the corner of my new burgundy sweater. Two and a half years is not long in the big scheme of things. They didn’t know me for my first 13 years, before we moved to Newtown.

Rivi moves on to the next item on her “must have” list, but I am no longer listening.

Here, in Newtown, I sit on the sidelines, half smile at my classmates’ corny jokes, and occasionally answer a question in class. My doughnut-baking capabilities are not the only ones I’ve hidden; they didn’t call me a math whiz in my old class for nothing, but here I sit through math lessons quietly. And, not to boast or anything, but my notes were the most sought-after back home; here, no one ever asks for them.

Here, I’m Miss Nobody. I have a couple of friends on the edge of the social circles — they’re terrific girls, and I feel fortunate to have them. But back home… there I was Miss Popular.

Back home, had I offered to make doughnuts, my friends would’ve already been licking their lips in anticipation, not looking at me like I had just landed from Mars.

Oh well. Now my new classmates will see that I can bake, and how!

But I must be careful — it’s important that I don’t overdo it — I can’t let them see me in the same way Yael did, back home. It still hurts so much to think about how she spoke to me just before I left.

My friends had gone all out making me a goodbye party. They bought gorgeous paperware, created brilliant banners, baked and bought scrumptious food, and spent hours setting it up beautifully in my basement. We had a real good time, laughing over Hindy’s silly grammen till our sides ached and we could barely talk, shrieking through the photo memory game that Basya had created.

My friends were the best – I was really gonna miss them! But what could I do? Tatty’s company had moved him, and he and Ma wouldn’t hear of me boarding with a friend, even though Basya had offered. “Your place is with the family,” Tatty said. “You’re a smart, sociable girl, you’ll make new friends quickly, I’m sure.”

“And you’ll keep up with Basya, and Hindy and the rest by phone,” Ma added. “They won’t forget you so easily!”

My friends showered me with gifts, and I gave them each a cute notepad and pen set covered with hearts. “I’ll really miss you, guys,” I announced more than once. I was glad that they were giving me such a fun party, it wasn’t just all tears and hugs and stuff. Though there was plenty of that towards the end, and no one wanted to leave.

The movers had already done their job, and early the next morning, we would get into our blue minivan, and Tatty would drive us all the way to Newtown. My friends did not want to let go, and neither did I.

But it was getting late, and eventually Chaya made the first move. She looked at her watch and sighed. “Shiri, I wish I could stay longer, but my mother’s gonna be mad if I don’t get home real soon!” I pulled her in for a hug, and she left. More girls followed suit. “Keep in touch,” I told them. “I’ll really miss you!”

Soon it was just three of us left. Me and Basya and Yael. Though I was friendly with the entire class, I didn’t know Yael well, so I wasn’t sure why she hadn’t left with the others. She didn’t leave me wondering for long.

As Basya took a stack of dirty bowls upstairs, Yael turned to me, “Shiri,” she said. “I hope that…” She paused, pulled out a small brown teddy, with a white T-Shirt emblazoned with the words, ‘Don’t Boast’ and handed it to me.

“I won’t miss you,” she said firmly, tucking a strand of frizzy hair behind her ear. “I hope that you manage to be less of a snob in your new class.” Her green eyes stared into mine.

“You’re ridiculously good at showing off all your talents, like you’re the best thing that happened to mankind,” Yael said. She sounded bitter. “You think that just because you’re clever, you can look down at the rest of us, ignoring regular girls like me. You always act so high and mighty, you may be class queen but everyone privately hates you. The party was just a show; the way you behave, everyone’s glad you’re going!”

“That’s exactly the problem,” Yael said. “You’re not sensitive enough to other people to understand. Maybe with a new start, and this teddy to remind you, you’ll change.”

She turned to the stairs. “I’m just trying to help you,” she called over her shoulder, as she stomped up. “I hope you don’t take it the wrong way.” And then she was gone.

When Basya came back down a couple of minutes later, she found me sitting on the floor surrounded by party remnants, hugging my knees. “Am I a snob and a show-off?”

I pointed to the little teddy sitting next to me on the floor and told her the story. Basya’s eyebrows furrowed together and she clenched one fist. With her other hand, she picked up the teddy and threw it full force across the room towards the garbage can. “How dare she!”

Basya stayed with me another half hour, and she tried hard to convince me that Yael was just jealous and bitter.

But Yael’s words affected me so badly that I decided it was better to hide myself than to be perceived as a snob. So, when I arrived at my new school, I acted shy and incapable.

I kept the teddy, stuffed under my bed. I knew exactly where it was, and whenever I felt sad and alone and trodden upon, I pulled it out, and remembered Yael’s green eyes staring into mine. I did not want anyone to ever think of me like that again. I pushed Basya’s reassuring words to the back of my mind, because as much as I wanted to believe them, I was worried that Yael was right.

Now, at the Chanukah planning session in Newtown, I watch Rivi making suggestions, rapping her pen and writing things down. “I think we’re done,” she announces eventually, waving her notebook in the air. “Get ready for the most awesome party ever!”

All around me, girls clap and cheer; I clap along.

Last year I made doughnuts only for my family. They finished every crumb, with Naftoli demanding that I make some for his birthday.

This year I’ll be making a whole lot more. I’m worried though that the girls will like them too much, and consider me a snob. Maybe I should use less sugar? Fry them unevenly? Use the wrong kind of flour? Something to ensure they won’t rave over them?

Later that night, I phone Basya. When I talk to her, I feel like the ‘real me’, not this lurking shadow of me. I need to talk to her regularly; the vitality we share enables some of my former-life self-confidence, and I need that boost to keep going.

As we giggle over upcoming Chanukah plans, I feel a pain in my stomach. Back home, I would’ve been in the thick of things with Basya, not on the side, figuring out how to sabotage my doughnuts.

“Am I nuts to be making doughnuts?” I suddenly ask. “Like, will they think I’m a snob?”

“A snob?” Basya cries out. “Don’t tell me you’re still thinking about what Yael said to you! I told you, she’s got issues. Believe me, she’s not doing any better socially now than she was before you left. She was just jealous!”

“Don’t tell me…” Basya says slowly, and I can almost see her warm brown eyes squinting in disbelief. “Don’t tell me… that her words are affecting how you act in your new class.”

I blink, rub my index finger hard on my left cheek. “Not so new anymore,” I say. “But yeah, I guess you could say they are. Her words hound me always, every day. Visit me and you’ll see, you won’t recognize me, the way I act. On the phone to you I’m back to being me, but day-to-day, I focus on staying at the side.” I take a deep breath and try to end on a lighter note. “No snobing out from me! No sirree.”

Basya is quiet. “Are you happy there?” she asks eventually.

My finger stabs my cheek twice. “Not always,” I say honestly. “But anything’s better than being called a snob.”

“You’re not a snob,” Basya says forcefully, “You’re one of the nicest, fairest, kindest girls I know! You really are! I wish you’d believe me!”

Her voice becomes contemplative. “The power of a few words spoken by a girl with difficulties is terrifying. Think of what it’s done to you!”

A lump lodges itself in my throat and, even though I know Basya can’t see me, I nod.

She continues, “You know, you have that power too. But in a much stronger way.” She pauses. “’Cuz your socially and emotionally healthy. And if you’d allow those kids to see who you are, they’d respect you so much; everything you would say to them would be potently powerful. And you’d give them so much good, like you gave us when you were here.” Her voice suddenly chokes up. “Like you give to me every single time we speak.”

Long after we say goodbye, I’m still clutching the phone, pondering Basya’s words. Yael’s words made me lose me. The me who uses my talents for the good, who laughs, and cares, and gives and really lives. Maybe, just maybe, Basya’s words together with some delicious, homemade, beautifully created doughnuts can help bring me back. 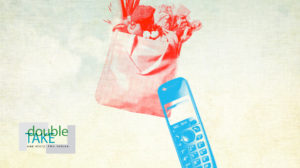 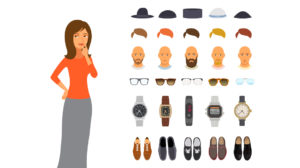 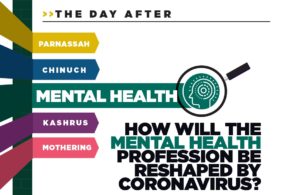 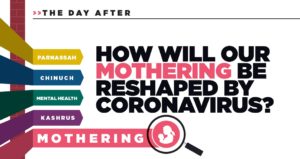 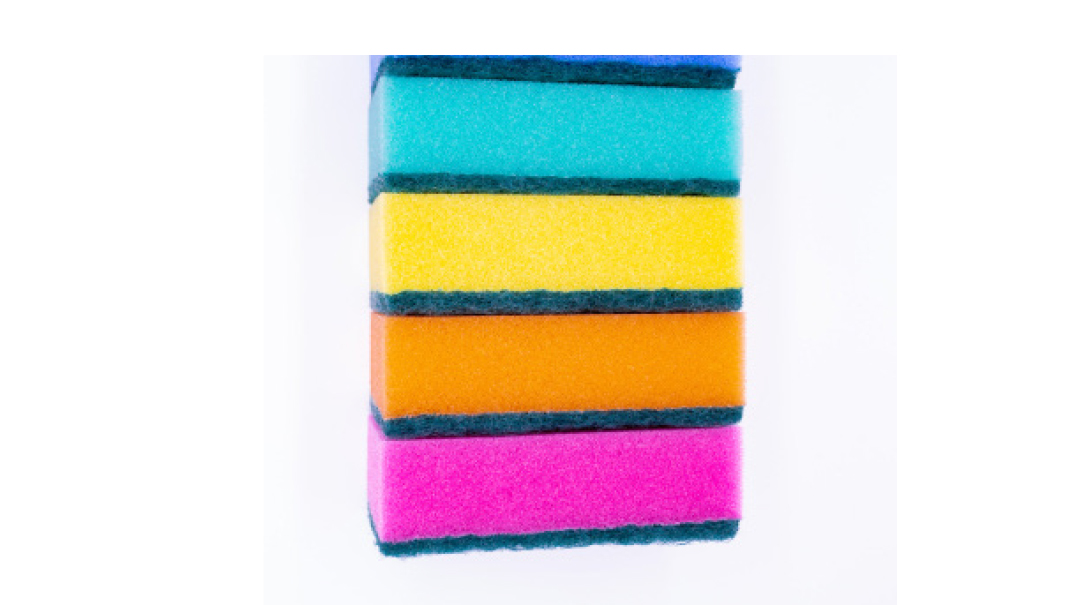 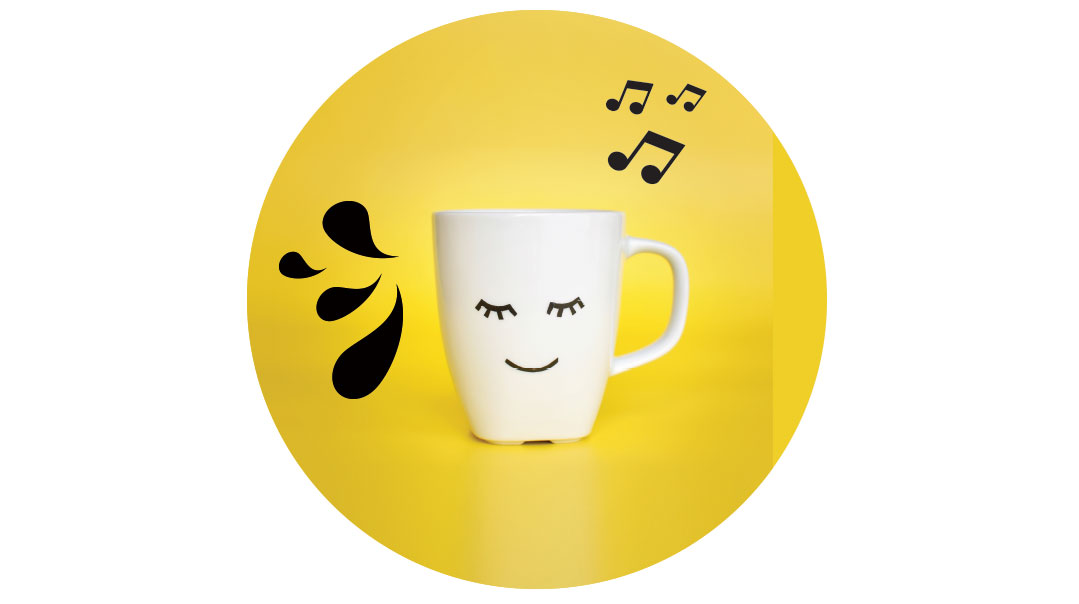 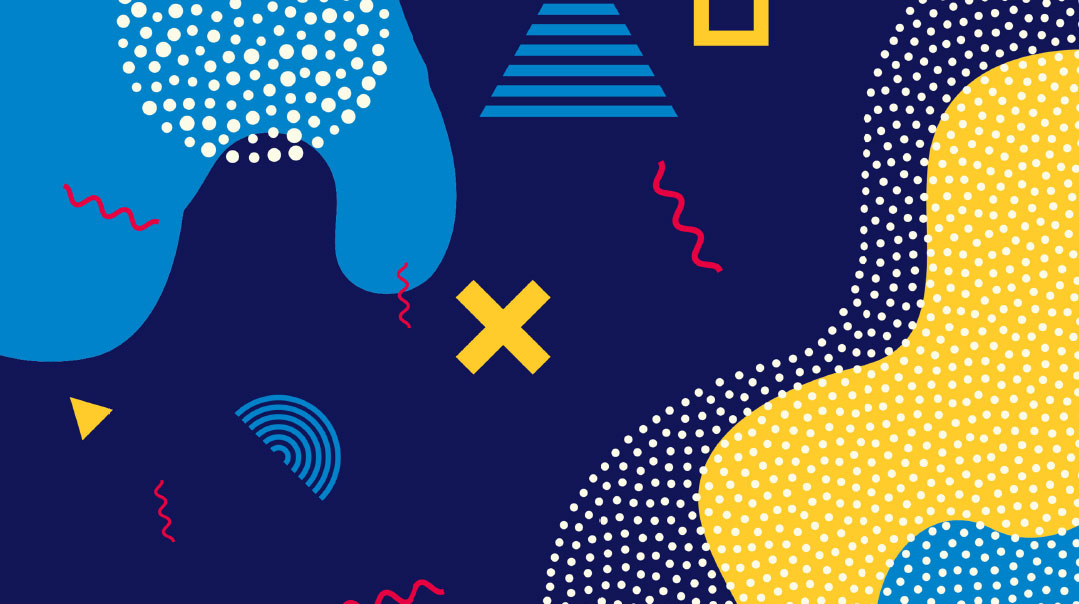 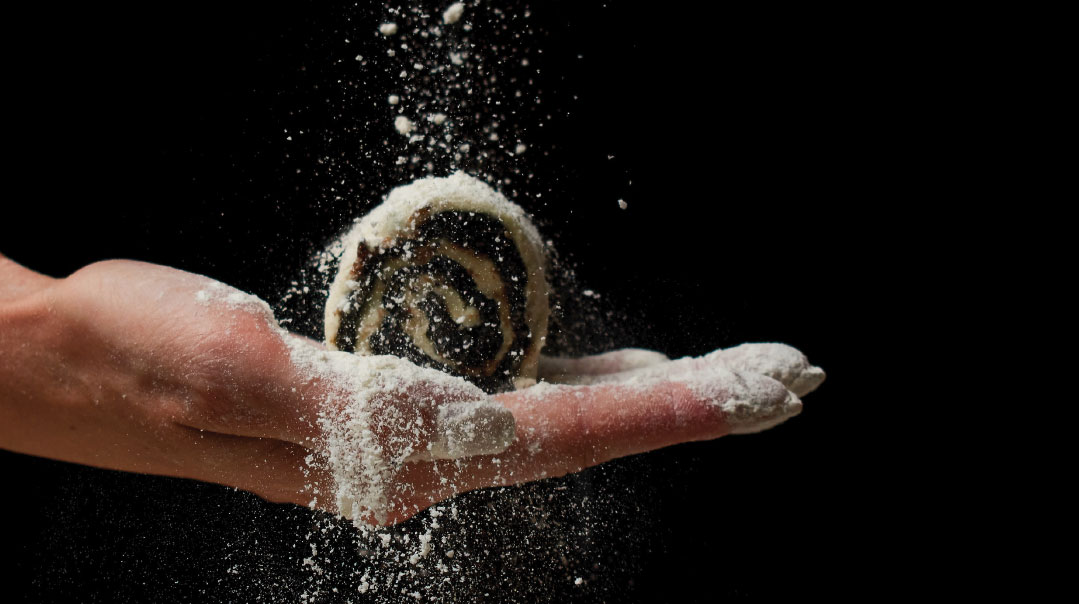 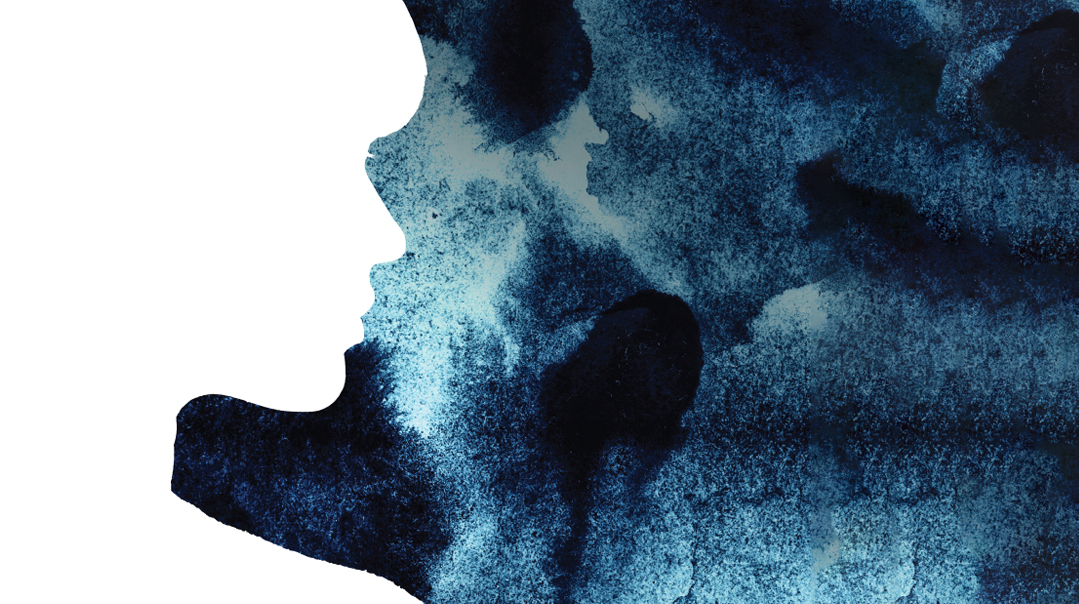 Chevy Kepecs
On the Other Side

“Role models, my foot. This kid is obsessed, and somebody has to tell her to find friends her own age!”