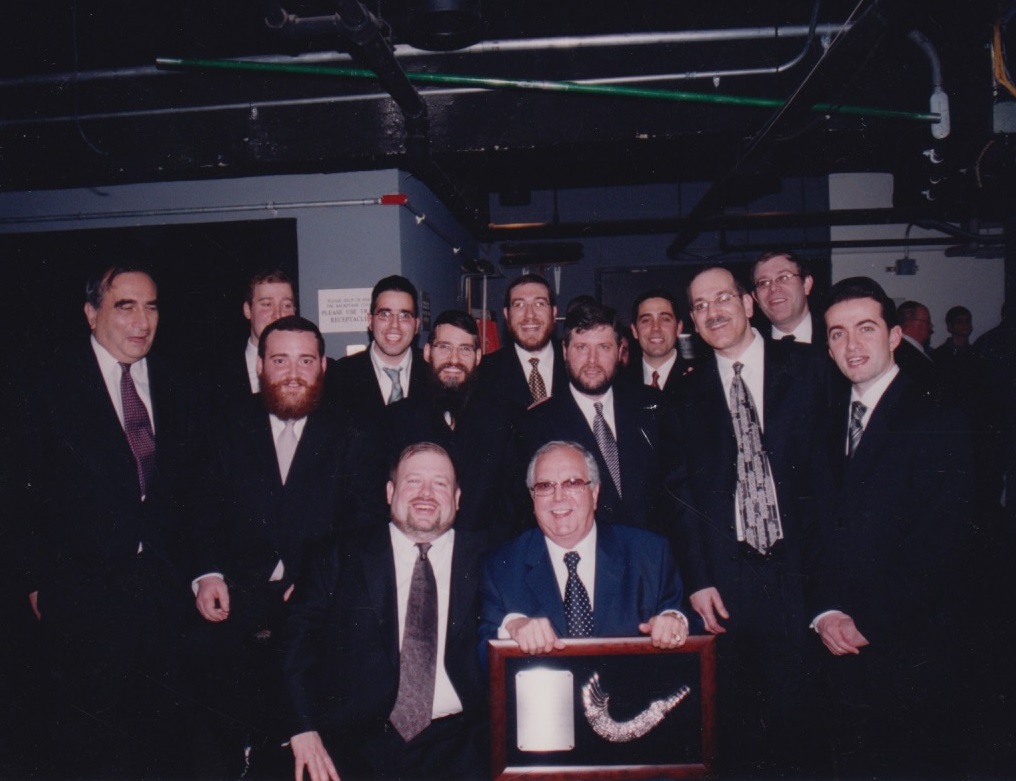 I was thrilled to hear that my good friend Dedi Graucher, known in the music world as “Dedi,” was home in Petach Tikvah, on the road to recovery after a recent hospitalization. But while people were calling and asking how Dedi was doing, the younger generation kept asking, “Who’s Dedi?”

In all my years in the business, I never saw a performer rise to such heights and then walk away from it all. He collaborated with the industry’s top performers and put out a decade’s worth of albums starting with his debut Dedi in 1993, but then pretty much disappeared behind the curtains. Dedi, hope you don’t mind, but I just had to share some memories, since we go way back.

When Dedi was 13, he joined Yigal Calek’s Pirchei Yerushalayim choir. The choir came to the US to do a few Pesach concerts, and that’s where I first got to know him. Even then, Dedi was hilarious. Whenever Yigal wasn’t looking, he would start mimicking him, and everyone was on the floor laughing. Dedi was always the life of the party.

Dedi returned to Israel and I didn’t hear from him for years. One day, when Suki and I were learning in ITRI, I stepped out of the beis medrash and a young man approached me: “Ding, don’t you remember me? It’s me! Dedi!” We actually ended up learning together once a week, and as the summer approached, Dedi asked if he could join Suki and me at Camp Agudah of Toronto. I called up the camp director and was able to secure a job for Dedi as waiter.

The first day of camp, everyone entered the dining room to the nicely set tables — all except for Dedi’s, which were completely empty. The director was a little angry, so I told him I’d find out what happened.
“Dedi,” I said, “your tables are empty!”

He looked up at me and said, “Of course. If the kids want to eat, they can take it themselves — I’m not their slave!”

That was the end of Dedi’s career as a waiter, but he did find his calling — he became the staff singer and guitar player, and every day he’d get up in front of the whole camp and tell jokes. With his broken English, the jokes were even funnier.

A few years went by and one day, I spotted a new CD entitled Dedi, with songs by Yossi Green. Dedi’s big-band sound would soon become his trademark, with signature songs like “Zocheh” (from the Adon Hashalom album), “Hu Yigal Osanu” (from Omnam), and “Acheinu Kol Beis Yisrael” (from Bitchu B’Hashem). Meanwhile, I called Dedi and asked if he wanted me to manage him. Before you could say “Kosher Delight,” we had arranged a cross-country tour.

One of our first concerts was for NCSY in Baltimore, and Dedi asked me how we’d get there. I told him we’d drive, and he said, “We need a tour bus! Ding, go rent us a tour bus!”

I tried to reason with him: “Dedi, it’s only one concert and we’re a total of six people!”

He wasn’t having any of that though, so we rented one, filled it with food, and headed out on our three-hour journey to Baltimore.

On our next trip, Dedi insisted everyone in the tour have a DEDI tour jacket.

“Why exactly do we need a tour jacket?” I asked.

To which Dedi replied, “Ding, you have no idea how to be a tour manager. You need to think big.” And so we did.

Then came Dedi’s first major concert for HASC, and besides being a great performer, he also became extremely close to the HASC family. Not only did he sing often for the children, but he also raised money for the beautiful Camp HASC dining room and handicap-accessible swimming pool.

Dedi’s performances were so memorable because you never knew what to expect next. Would he tell a joke? Would he sing? Would he come out dressed up like a Marine, or Pavarotti at the Met? It was always a surprise.

Once, Dedi went to sing for a young girl in the hospital who was suffering from a brain tumor. On his way out of the room, Dedi told her, “Please invite me to your wedding. I’ll be there!” A few years later, Dedi received an invitation from her. He had a concert that night, but he traveled the next day and made a surprise appearance at her sheva brachos.

So, back to my original question: Why did Dedi bow out of showbiz and go into business instead? I daven fervently that Oded Dovid ben Tzipporah should have a refuah sheleimah, and I’d love to see him return to the stage. If not that, at least a few jokes, please? 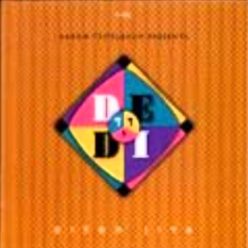 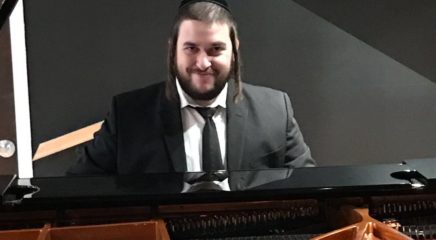