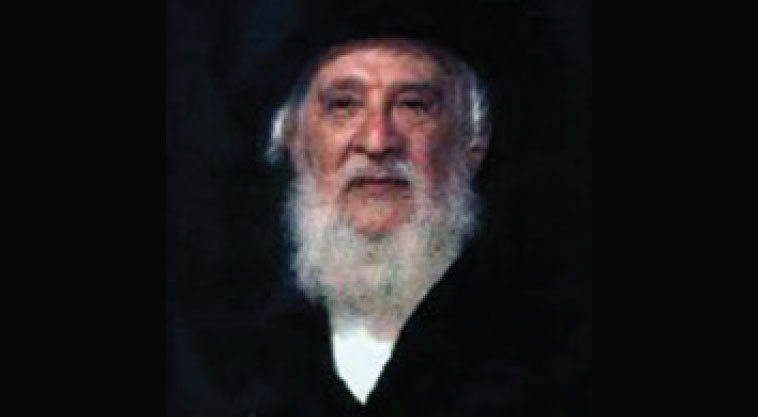 he courts of the Boston dynasty brim with uplifting melody. But despite the treasured heritage of Boston niggunim, it’s hard to find many samples of Boston melodies in the contemporary Jewish music market. Hundreds of niggunim were composed to be sung during simchahs, tishen and on Yamim Tovim, but few were released to the outside world.

In 1964, the Bostoner Rebbe of New York, Rav Moshe Horowitz ztz”l (son of the first Bostoner Rebbe, Rav Pinchos Duvid Horowitz ztz”l, and brother of Rav Levi Yitzchok Horowitz ztz”l, the Bostoner Rebbe of Boston and Har Nof), made an exception, allowing Jewish musicologist Velvel Pasternak to produce the first known record of Boston music. The record cover features a micro-calligraphy version of “Al Naharos Bavel,” with an illustration of musical instruments hung up on trees. According to sources within the chassidus, this encapsulates the Boston philosophy toward music: that really, all joyous song should be quelled as long as we are in galus — unless music is used as an inspiration for avodas Hashem. The niggunim sung in Boston were always a vehicle for avodah and elevation.

Boston chassidus is partially rooted in Lelov, as the first Bostoner Rebbe was raised by his uncle Rav Duvidl Biderman, the Lelover Rebbe of Jerusalem. Since the early Lelover rebbes were followers of the Karlin dynasty, many of the traditional niggunim and pieces of nusach heard in Boston are similar to the tunes sung at the Karlin and Lelov tishen. When Rav Levi Yitzchok Horowitz of Boston returned the court to Jerusalem, he sparked a renaissance of these melodies.

The first Bostoner Rebbe, Rav Pinchos Duvid (1876–1941), was of the opinion that since the family were Leviim, his children should learn instruments so they could take part in playing the music of the Beis Hamikdash. His wish was fulfilled, and several of his descendants, notably his son Rav Moshe of New York, were prolific composers. Most of the niggunim remained within the chassidus, but among the ones that became widely known are a melody for “Mah Navu al Heharim” and “Torah, Torah, Torah, Tzivah Lanu Moshe.” Still sung in communities in Eretz Yisrael is the Lecha Dodi tune that Rav Moshe composed during a visit together with his brother Rebbe Levi Yitzchok when they went back to visit Batei Varsha where the family lived in Jerusalem’s Old Yishuv before moving to America in 1915.

Soon afterward, Suki Berry asked the Rebbe for a melody, and received permission to take this one song out of the confines of the court. The rare permission gave Mordechai Ben David his hit “Meheira,” which he performed at HASC in 1988 and released on his Solid MBD album in 1990.

“Al Chomosayich Yerushalayim,” which was the title track of an early Pirchei record, was also composed by the Bostoner Rebbe, as was “Sheyibane Beis Hamikdash” sung by Shlomo Simcha on That Special Melody.

The belief that niggunim of dveikus should be composed and sung even in times of profound pain also characterized Boston. When one of Rav Moshe’s daughters-in-law was on the TWA plane hijacked in the beginning of Elul 1970 and diverted to a military airfield in the Jordanian desert for several weeks (Rav Yitzchok Hutner and his family, and other prominent rabbanim were among the other hijacked passengers on that plane), the Rebbe spent his days wrapped in tallis and tefillin, davening — and composing a new niggun for “Lulei Soras’cha Sha’ashuai.” The last hostages of the group were freed in time for Rosh Hashanah.

Over the years, the powerful niggunim of Boston have inspired crowds of chassidim, students, and newcomers to Yiddishkeit. Klezmer musician Andy Statman won a Heritage Music award with his rendering of the Rebbe’s classic Yedid Nefesh; and one chassid recalls a black Jewish student who once joined the crowd at the Rebbe’s tish on the West Side. After witnessing the hours of singing and swaying, he commented, “Who said that white men don’t have no rhythm?” 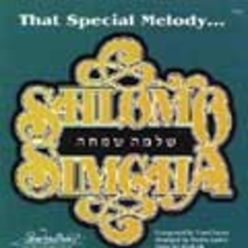 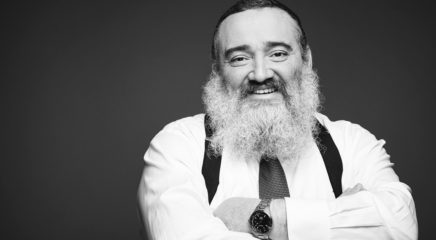 Shlomo Simcha’s Last Minute Decision
How do entertainers know they made the right choice? 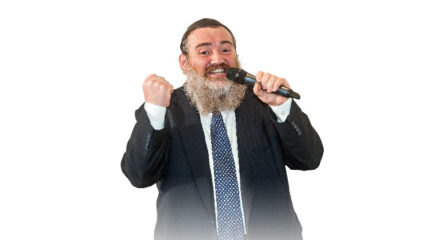