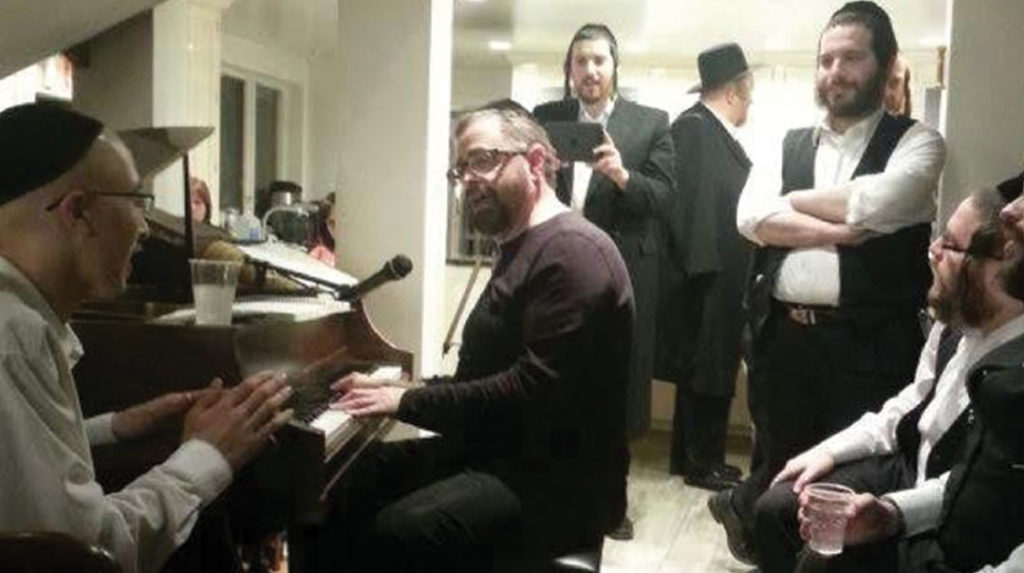 It was a meaningful event, of course, but we had been singing for hours, did they need a video of every minute?

The pale man with the radiant smile wanted to spend an evening by my piano. I never dreamed that he would change my life

I’ve been writing and producing Jewish music for over 30 years, but I’d never received a request like the one I got in October 2013.

“My name is Arye Hershkowitz,” the caller said, “and I’m calling from Yedidim of Kiryas Joel.” He described the organization to be kind of like the Make-a-Wish Foundation, whose main purpose is to lift the spirits of people with terminal diagnoses by granting them a “wish.”

“We were contacted by a young man who recently arrived from England for treatment at a New York hospital,” Arye explained. “He’s starting treatment soon, and his wish is to visit with you at your home for a musical evening at your piano. Would that be okay with you?”

“Of course,” I said, surprised. “Choose any night that’s convenient for him and I’ll make myself available.”

We set a date for two weeks later. I opened the door to find a crowd of over 50 eager young men from Kiryas Joel. Standing among them was a pale and slender young man with a radiant smile who would proceed to change my life and the lives of everyone around him.

His name was Mordechai Zev Breuer. He had gotten engaged six months prior, and he and his kallah were looking forward to building a beautiful life together. In the middle of all the wedding preparations, a routine doctor’s appointment began the process that would eventually result in a devastating terminal diagnosis. But on that night, Mordechai Zev was standing in my living room with a luminous, peaceful glow on his face, accompanied by all these angelic young men ready and excited to spend the evening with me around my piano.

Everyone sat down. Mordechai Zev took his place as the guest of honor in a deep comfortable chair to the left of my piano. One song followed another, with Mordechai Zev choosing and announcing each successive song. We sang with our eyes closed and hearts open wide, voices raised in a swell of love and support for Mordechai Zev, and I felt like Heaven itself had opened wide to hear our song.

After a while, I noticed that Mordechai Zev’s mother was standing on the side, holding up an iPad and videoing the entire event. Occasionally one of the young men would take the iPad from her and continue videoing, giving her a chance to rest while keeping up the continuous recording. It was a meaningful event, of course, but we had been singing for hours, did they need a video of every minute?

“Mordechai Zev is scheduled for treatment next week,” someone explained to me, “and it’s going to last for four hours. We want a four-hour video to keep him occupied during that time.”

When I heard that, I redoubled my efforts. I was determined to give him everything we could. 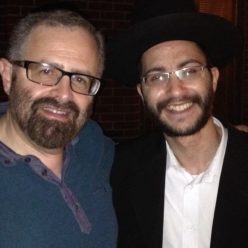