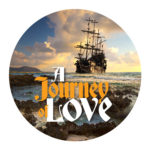 When the community of Teveria learned that the Jewish informer had returned for revenge, they began to flee the city in panic.

Rebbe Nachman had fallen ill during his stay in Teveria, so he could not leave with everyone else. His body had been broken down over his many years of intense fasting, and now he lay in bed, unable to flee.

The informer went through each house, kicking down doors.

“They’ve all fled!” he howled with anger. “Cowards!”

Suddenly one of the Turkish soldiers began to shout.

“Over here! Inside this house! Here’s a young, sick man!”

The informer ran into the house with a gleeful expression.

His eyes fell upon Rebbe Nachman’s face, and his entire demeanor suddenly changed.

“Ah, you’re not a local. You’re not responsible for what happened. You look like a saintly, chassidish rebbe… Look at all of these books you’re studying from.” The informer motioned for the Turkish soldier to put his sword away. “Leave us for a moment. I’ve never had the opportunity to speak to such an individual…”

When the door had swung shut behind the soldier, the informer turned back to Rebbe Nachman with an apologetic look.

“I’m sorry about all of this. I didn’t want to make such a commotion, you understand?”

“Yes, the people here tried killing me for absolutely no reason at all. I’m innocent, believe me. In fact, I’m a quite a pious, sincere Jew.”

Rebbe Nachman forced himself to keep a straight face.

The informer began spewing lies, twisting his life story around so that he appeared to be a well-meaning, righteous Jew who only cared for the good of his people. Rebbe Nachman saw straight through him.

He could read a person’s entire life story immediately when he walked into the room, and this informer’s wickedness was spelled out across his very face. However, the Rebbe went along with the narrative, pretending to believe the informer. Soon, the informer was totally at the Rebbe’s mercy.

“I recognize that you are a holy, holy man. Tell me how I can improve myself, Rebbe. I’m sure you also can recognize that I am a very good Jew. Help me, and I will listen to whatever you advise.”

“Let the community members return to their homes,” Rebbe Nachman replied immediately. “You’ve terrified the whole city. Enough is enough. Let what happened be forgotten in the past, and forgive those who wronged you.”

“But based on what you’re saying, you are a very lofty person, are you not? You are surely great enough to rise above your own honor and forgive those who hurt you?”

The informer’s shoulders rose as he took a deep, satisfied breath.

“You’re right, Rebbe. If anyone were in control of their emotions enough to forgive their would-be murderers, then it would be me! For a great man like myself, how hard would it be to let them come back and live in peace?”

The order was given, and the Turks informed the Jews that the danger was over. The informer had forgiven them, and they no longer had to fear his retribution. Word spread fast, and everyone soon learned about the miraculous meeting the informer had with Rebbe Nachman. It was nothing short of an open miracle.

But the story did not end there.

Rebbe Nachman had to keep the informer on a tight leash. It was very important he keep a close eye on him, because he knew that at any single moment, he could revert to his evil ways from which he still had really not repented.

“It’s very important that you say a lot of Tehillim with the utmost concentration,” Rebbe Nachman told the informer.

“But it’s important that you do it here, in front of me. Gather the young children and say Tehillim in my presence.”

The informer did exactly that. And as tears rolled down his cheeks, he davened. Just as suddenly as he had started, he stopped. A hush fell across the room as he hit the floor in a dead faint. Water was called for, but even after it was splashed on the informer’s face, he did not budge.

He was not dead, but mysteriously very ill. He was carried to his house in this state.

While the informer was lying ill in his house, a tremendous amount of money arrived at the gates of Teveria from overseas. It was meant to be used for the Jews in the community, sent lovingly from their brethren in Europe. However, the informer had already told the Turks about this money shipment. They were lying in wait, so that when the money came, the informer would give most of it to the Pasha and his lackeys and give only whatever was left to the Jewish community.

However, the informer was sick and out of commission, which meant the Jews could act swiftly and get the money before the Turks or the informer could steal it. In fact, it was the Rebbe’s attendant who stealthily took the money and brought it inside the city, where the city elders distributed it to all of the needy Jews.

And then the informer awoke from his illness without warning. Gone were his earlier traces of goodwill. He was back to being his regular, cruel self. When he learned that the shipment of money had been delivered from right underneath his nose, he flew into a terrible rage.

“How dare they?!” He foamed at the mouth. “I’ll kill them all this time! I’ll leave no one alive!”

But after delivering his terrifying threats, the informer fell ill once more and collapsed. This time, however, he did not recover. His reign of terror had been squashed the moment he walked into the presence of Rebbe Nachman and fell under his powerful influence.

Shortly after this, it was time for the Rebbe to finally visit one of the holiest sites in Eretz Yisrael, the burial place of the Tanna Rabi Shimon Bar Yochai. The next place they visited was the mystical site where the “Holy Child” is buried. This child revealed many lofty Torah secrets and is mentioned in the Zohar, the sefer written by Rabi Shimon Bar Yochai. There was a rumor that the boy was buried in a deep pit and that a snake dwelled there.