Once Paskesz candy burst onto the scene, well... Purim was changed forever 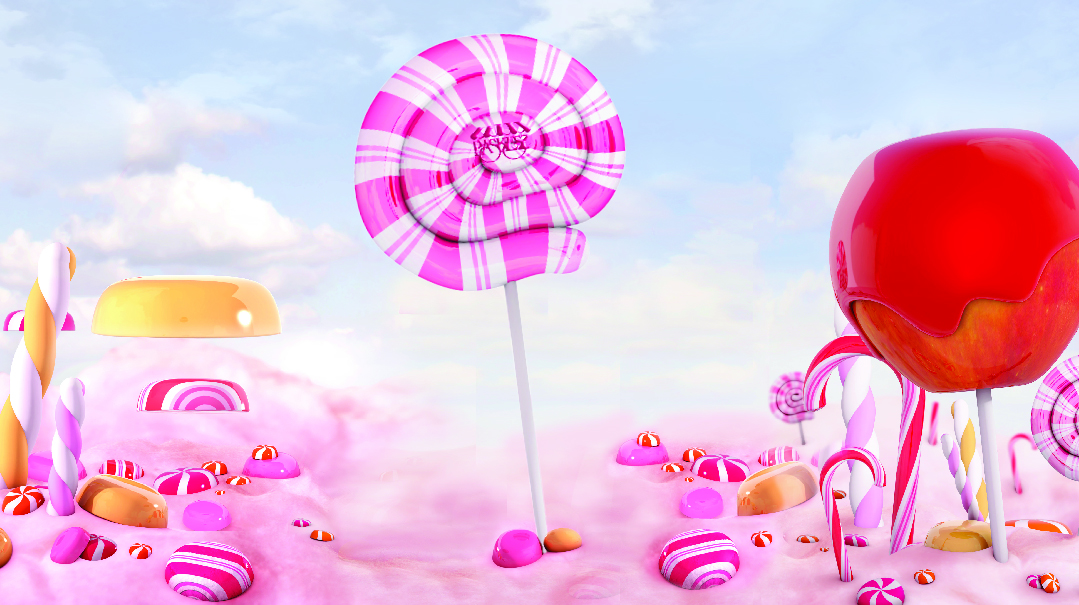 Imagine walking into the grocery store in search of a yummy, delicious treat — maybe a sweet lollipop or a chewy cookie. But what’s this? You look from package to package. Sure, there’s a smattering of kosher items. Some boxed candy. Some kosher hard candies and one brand of lollipops. If you go to a department store, you can get Barton’s fancy chocolates. Pesach time there are some chocolate lollies. But that’s it. Unless you count some chalav stam chocolates, and gum that could be brought from Eretz Yisrael if someone you knew would bring it, there wasn’t much to choose from.

This was the world of kosher candy that Mr. Lazer Paskesz discovered when he arrived in the US from Hungary in 1954. Many new immigrants had recently arrived in America, dismayed to find the general Jewish-American public consuming candy without a hechsher. As long as there were no nonkosher ingredients listed on the wrapper, they thought it was fine. Mr. Paskesz had worked in the food industry in Hungary, and he loved sharing the happiness that was candy. This made him just the right person to change the status of American sweets. On the Satmar Rebbe’s suggestion, he set out to develop a line of kosher candy. Paskesz first opened its doors on Kingston Avenue in Crown Heights. In the back of the store was a section that served as the warehouse, storing the huge quantities of candy that had been shipped from the factories. But Mr. Paskesz needed a bigger market. He started traveling to Williamsburg and Boro Park, peddling his kosher candy. And the rest, as they say, is history!

How a new product is developed

How many types of candy and snacks do you think are on the shelves of your local supermarket? Besides the regulars like lollipops and jellybeans, chips and cookies, there are all sorts of unusual ones too, like Oodles, Milk Munch, and Sour Bitez. And the flavors! Strawberry, raspberry, green apple, cherry, grape, cotton candy, pink lemonade — more flavors than you could think of on your own. But how did we get from a few kosher candy options to hundreds? Well... one by one!

Imagine it: The first step on is the idea. Did you think there was one super creative person inventing all those new varieties of candy? Think again! Paskesz has an entire team studying food trends and figuring out what sort of candy people would like. They go all over the world coming up with new, innovative ideas!

The Ingredient Search: In order to make a quality kosher product, Paskesz needs to hunt throughout the world for kosher ingredients. Gelatin, for example, is usually made out of nonkosher animal bones. When it started being made out of fish, Paskesz could finally get the ingredient it needed to make the marshmallows we know and love.

Pack it: Not all colorful candy packages are created equal. With the sheer amount of kosher candy lining the shelves of the grocery store, Paskesz needs to make sure their new candy can grab attention. The packaging makes a huge difference. When Paskesz changed the package of their Stix Mix from striped to yellow, people started buying them more.

Quality control: Paskesz tastes, tests, and retests (sometimes with non-Jewish tasters) until they finally have an amazing product.

Now the stage is set for a new kosher candy. Although the process can take up to three years to get to this point, it won’t take much longer for a new candy to hit the shelves.

Everyone loves gummy bears. Gooey, chewy, sweet, and sour. What does it take for Kosher gummy bears to make it into your mouth?

Big trays are filled with solid starch, like hard-packed snow. A heavy machine with hundreds of metal gummy bear molds presses down on the starch. Imagine if you took a gummy bear and pushed it down on play dough. You would end up with a gummy-bear-shaped indentation. This is what the molds do, leaving behind a teddy bear shape in the starch to be filled with candy. Next, ingredients are poured into the molds and the teddy bears are cooled. Finally, a special machine breaks up the starch.

Ready, set… Hundreds of kosher gummy bears roll off the machines into waiting packages, ready to be boxed. The mashgiach counts the boxes and places a sticker on them to certify that they are kosher. Then they’re loaded up and shipped to Paskesz warehouses all over the world. From there it’s just a hop, skip, and jump to the grocery store and into your mouth!

What’s in a name?

Every product needs a name. Of course, you could just call Sour Belts “long strips of gummy candy” and Oodles “small candy balls,” but how exciting is that? Not very! And it’s a lot harder to tell someone you’re going to buy long candy strips than it is to say that you’re getting Sour Belts. But how do products get these creative names?

In the beginning, Paskesz spent months trying to figure out the perfect name. They tossed around ideas and sent the new names to their families for approval before finally deciding on a name. But eventually, with so many new products, they couldn’t keep spending so much time on every candy’s name. Now, the first idea is not the one they go with. It can take days or a few weeks — but not months!

Chunky Dory cookies — from the expression “hunky dory,” which means that everything is good, but “chunky” because the cookies have chocolate chunks in them.

Alpha Bites — this comes from alef-beis, since the cookies are alef-beis shaped.

Smiles — this is a new parve Cheeze flavored snack which is slightly curved as in ” say cheese!”

Question and Answers with Paskesz Staff

Q: What are your roles at Paskesz?

PS: I develop the new products and ideas, and work on designing the packages you know so well.

SN: My job is to oversee the hechsher process, organize the production of products, and take care of customer service. So when an ingredient is needed, I’m the one to order it. And if you write a letter to Paskesz, it’s me behind the response.

Q: Paskesz makes so many types of candy and sells them all over the world. Are all your factories located in the United States?

PS: Not at all! Paskesz wants to make sure that when you get a product, you get the best there is. That means going to the country that makes it best. During COVID, the fact that we have factories all over the world caused real problems. We had to make our mashgiach into a delivery man just so he’d be allowed to cross the border!

Q: Wow! If I wanted to suggest a new candy — could I do that?

SN: You could suggest it. We actually get suggestions all the time. But I can’t think of a single suggestion that actually worked. We still love hearing suggestions, though!

Q: You said you’re the one who answers all the letters. What happens to the letters when they come to Paskesz?

SN: I try to answer any letter that stands out in some way. I even have an album of all the cute letters and pictures that kids have sent me. Of course, everyone wants free candy — which we can’t give, or we’d be flooded with requests. As it is, we get too many letters to give them all attention.

PS: We also take every complaint very seriously. If someone bought a package that said it had 16 candies and it only had 15, we do our best to address that. People deserve to get what they paid for. We actually really value the letters that complain about our product, since they help us improve.

Q: Have there ever been serious mishaps in the candy making process?

Q: Do you have anything you want to share with Jr. readers?

PS: If you have a complaint about a product, we’re happy to hear about it from you and try to fix the problem. But please don’t go spreading complaints all over. At one point we made these really sour candies that were selling really well. One child had some sort of reaction from eating too many, and his mother let everyone know. The candy was not dangerous, but it got a bad name. We had to get rid of that product, and lost a lot of money on it. We’re happy to hear your complaints — just come to us.

SN: Every kid deserves to have a good treat sometimes. Just don’t eat candy instead of your meal!