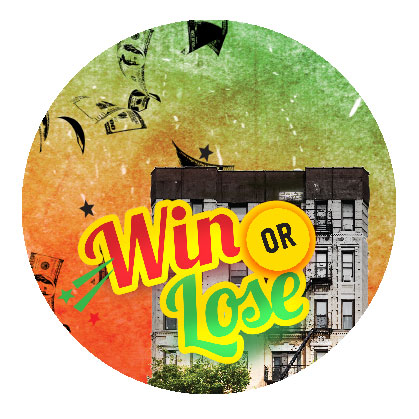 itzy looked at his mother’s face. She looked very sad.

“I guess you think that I shouldn’t keep the Ball-Bloop, Mommy,” he sighed.

“But I’ve always wanted a Ball-Bloop,” he moaned. “Now that I got one, how can I just throw it away?”

Mrs. Levinson put her hand on her son’s shoulder.

“We don’t have to throw it away, Yitzy,” she said. “We can just put it away somewhere until school’s over. Then you’ll be able to take it out and play with it all day.”

Yitzy thought about it. How could he possibly live in the same apartment as a Ball-Bloop for six weeks and not play with it?

He looked up at his mother.

“Listen, Yitzy,” she said. “Tatty and I will not force you to put it away. If you really want me to give you the toy, I will. The choice is yours. Just think very carefully about how it will affect your learning.”

“This is hard,” Yitzy muttered. “Way too hard. I’m just a kid. Kids don’t give up Ball-Bloops to learn Mishnayos. It’s impossible.”

Yitzy looked up at his mother again.

“Do you want me to go get it for you?” she asked. Mrs. Levinson did not look happy.

Yitzy thought back to how unhappy she had looked a few days earlier when she thought they would lose their apartment because they could not pay their rent. If he won the Mishnayos competition and won the building, his parents would never have to pay rent again. That would be so wonderful for them. How could he give that up for a toy?

Yitzy smiled at his mother. “No thank you, Mommy,” he said. “I think I can live without a Ball-Bloop for another few weeks, until summer starts.”

Mrs. Levinson hugged her son. “Wow,” she said. “That must have been a hard decision to make. I’m so proud of you, Yitzy.”

Yitzy just smiled. It felt good to hear that he had made her proud.

One hour later, Yitzy was ready for bed. Before lying down, he tiptoed over to the hamster cage.

He looked down at the ball of fur in the middle of the cage. “Hey Shloimy,” he whispered, “you’re not going to believe this. I just gave up a Ball-Bloop so I won’t get distracted from studying Mishnayos. Can you believe that? You’ve known me for a long time. Did you ever, in a million years, think that I would do something like that? I didn’t think I could do it. “