What do we do the morning after Election Day, or whenever the results are clear? 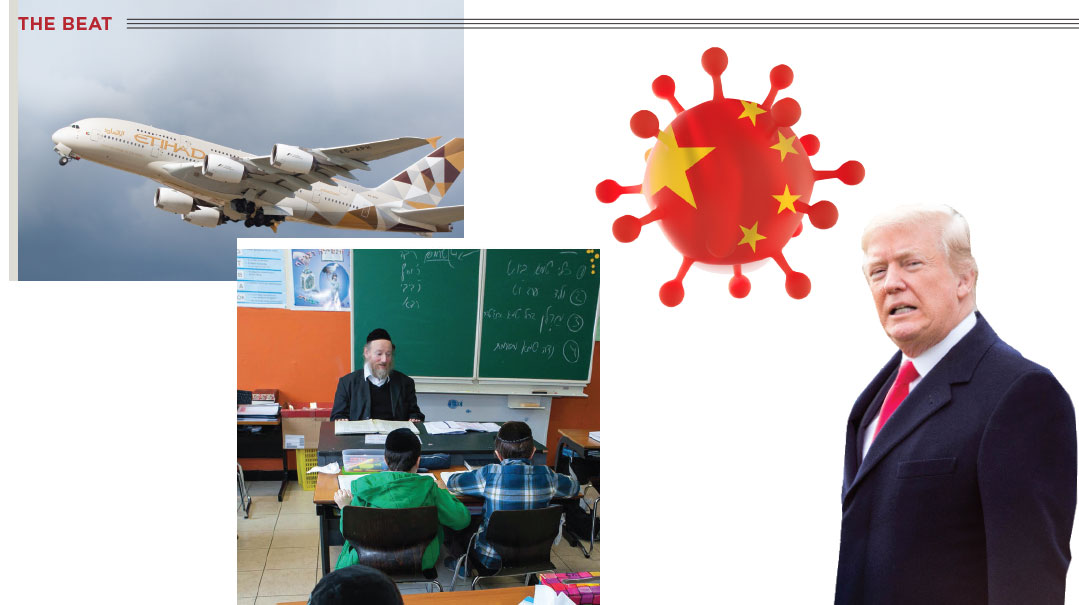 What If Trump Loses?

For most President Trump supporters, this election is a zero-sum game. Or to paraphrase Patrick Henry, it’s: “Give me Trump, or give me death.”

By the same token, Joe Biden supporters assess this election as nothing less than a fight to restore the soul of America that Trump sold to the devil, assuming they don’t consider Trump the devil himself.

When people see me these days, they ask me two questions. Do I think Trump can win? And what if he doesn’t?

I’m not clairvoyant. I’m reliant on the polls, like everyone else. The electoral map isn’t favorable for Trump, no matter how you color it, but there’s one more debate this week and always a chance for a November surprise.

The second question is tougher. I’m never fond of playing the “what if” game.

Say Trump wins. Do we all get up the next morning, breathe a sigh of relief, and assume that everything’s going our way? We’ve had four years of Trump. Even if you love his policies and results and set aside the character issue, there’s still a pandemic to be reckoned with. Making a good living is no longer a given. Our streets aren’t as safe as they used to be. American culture is rotting.

If Trump wins, how does he get all this under control? Or does it get worse? Do the anti-Trumpers and Democrats in Deep Despair take to the streets in even greater numbers, making life even more miserable for the rest of us?

Conversely, if Biden wins, how do all the Trumpists react? Win lose or draw, Trump will garner some 60 million votes, and let’s be honest, not all Trump supporters are refined, genteel folk who will silently suffer a Trump defeat.

In other words, we ain’t seen nothing yet.

So what do we do the morning after Election Day, or whenever the results are clear?

This is now the fifth election I’ve covered as an editor at Mishpacha. I plan to do the same thing I’ve done since 2004. Take a break from my coverage, get to shul for neitz, put on my tefillin and have extra kavanah for the pasuk in Pesukei D’zimra about not putting our faith in mankind who can’t save us, and pray to Hashem to redeem us from the mess we’ve made.

If you ever pronounced the Gulf airline Etihad’s name as spelled, the company’s new Hebrew website is there to put you straight — the letter’s a ches, not a hei.

But semantics apart, as an all-star American and Israeli delegation flies into Bahrain to establish diplomatic relations, the new website is another sign that this peace deal is worth much more, in shekels and dirham, than the paper it’s written on.

The ongoing saga of Britain’s so-called “chinuch crisis” — the clash between frum schools and Ofsted, the official schools inspectorate, over teaching liberal ideas antithetical to Torah — has taken a turn for the better.

The battle over the last few years has been around the government’s push to combat Islamist extremism in UK schools by teaching a curriculum of “tolerance” — meaning tolerance for the full spectrum of current alternative lifestyles. After ignoring the Department for Education’s guidelines that primary schools not be penalized for failing to teach so-called “protected characteristics” where parents did not approve, Ofsted themselves published their own guidelines conceding this right. Since this requirement is easy to satisfy, primary schools are no longer under militant liberal attack.

But as Motty Pinter of Chinuch UK, a body representing chareidi schools in England, is careful to warn, high schools are not off the hook. “The fact that high-performing secondary schools get marked down has significant repercussions for the schools, including for teacher recruitment and obtaining financing, but this is definitely progress.”

In a twist of Hashgachah, Ofsted’s bombshell came on none other than Erev Rosh Hashanah. “It was tichleh shanah v’kileloseha,” Pinter says.

Has China really beaten back COVID-19, or is it a cover-up on a scale the world has never seen?

As of October 4, China had confirmed 90,604 cases of COVID-19 and 4,739 deaths, while the US had registered 7,382,194 cases and 209,382 deaths. According to the Lancet, a venerable medical journal, “a combination of a population that takes respiratory infections seriously, with a government that can put bigger constraints on individual freedoms than would be considered acceptable in Western countries,” has virtually eradicated the disease.

What the journal — which has come under fire in recent years for its editors’ far-left agenda — doesn’t do is question China’s startlingly low official death count.

But that may be just as well: The truth is probably more the province of the CIA than the Lancet.

The religious bloc in the World Zionist Organization. Ever since the century-old institution’s March elections, in which Eretz Hakodesh, a new slate backed by gedolei Yisrael, came in third place, a power shift has been underway. By the time this is read, a right-wing-religious coalition will likely have ended the secular-progressive domination of the WZO, unlocking hundreds of millions of dollars for institutions over the Green Line and in the Torah world.

The Reform movement, which has thrown a tantrum, threatening, “If this agreement is passed, the Reform movement will need to make dramatic decisions about the future of the Zionist institutions.”

Because if you lose a democratic election, why not boycott parliament? 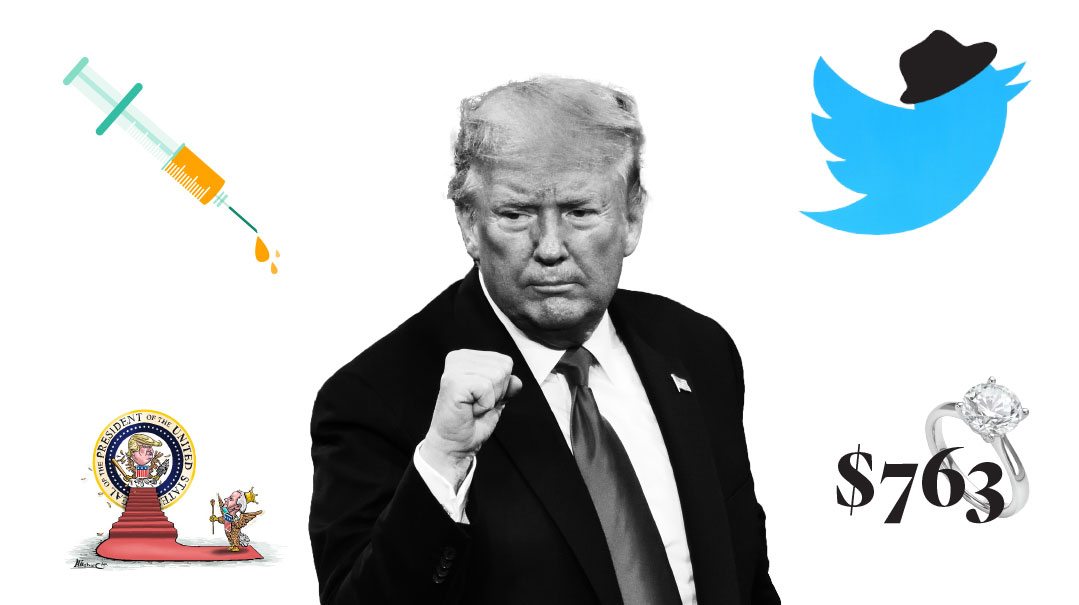 However the MAGA story ends, Trump has taught the GOP one thing: Given the right leader, conservatism isn’t destined to be swept away by a sea of millennial liberals 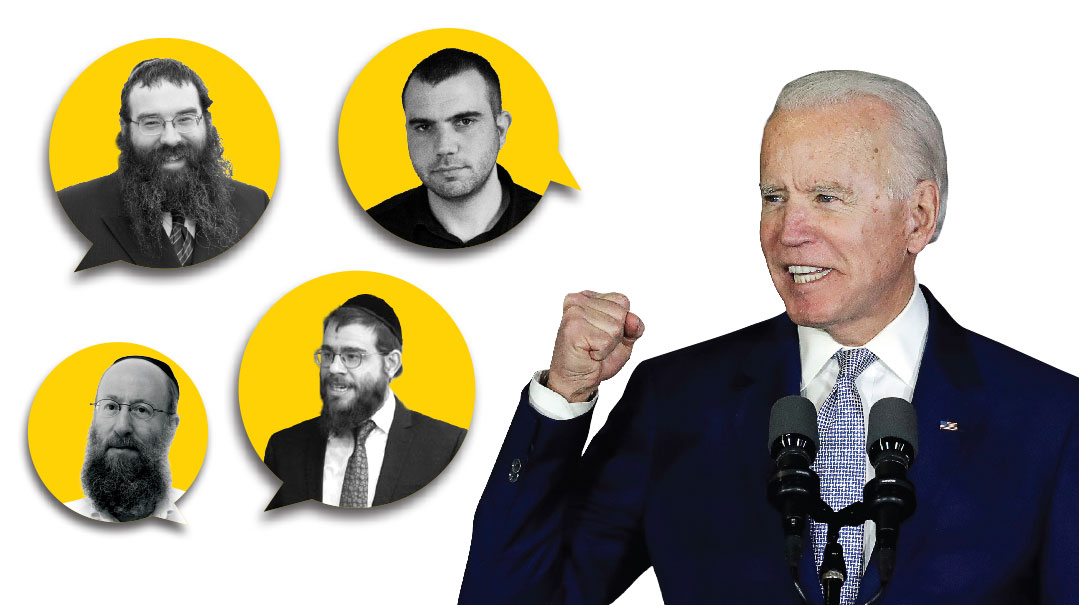