“Can you save my brother with some of that medicine that Hashem gives you the seichel to prescribe?" 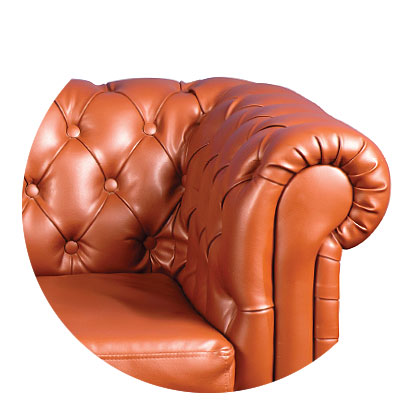 eb Menachem Nochum was not only beloved by me. It was apparently a sentiment shared by many people in the chassidish community where he lived, learned, and was known for his magnanimous smile and open heart.

I’d met rabbanim who praised his learning and noted that his brain was built for Gemara. I’d also treated more than one patient from his community who’d called him their “best friend.”

The first time I met him was soon after my aliyah, when I was completing my licensing at a local hospital. Reb Menachem Nochum, who spoke the Queen’s English, would arrange exit passes for hospitalized patients every Erev Rosh Chodesh, and take them to the nearby Har Hamenuchos to visit kivrei tzaddikim.

When he showed up in my office with Yoelish, a 20-year-old bochur from London who he introduced as his brother, it all made sense. Apparently Reb Menachem Nochum had been living with mental illness in his family for the better part of his life — so I assumed.

Yoelish was a pleasant young fellow who suffered from horrendous paranoid delusions. He believed that he’d been fit by an unknown government agency with an unknown tracking device as part of an unknown conspiracy. And yet for all of the uncertainties involved in the plot, Yoelish knew for sure that he could never live a normal life, as no amount of medications, therapies, or tefillos had been successful up to now. It was the kind of classic story that screamed for an intervention with an antipsychotic medication called Clozapine.

Reb Menachem Nochum was way ahead of the game and told me, “Nu, can you save my brother with some of that medicine that Hashem gives you the seichel to prescribe when the other ones don’t work?”

I reviewed the notes he brought along summarizing Yoelish’s medical history, and then conducted my own formal evaluation. In the end, it did seem appropriate to do a trial of treatment with Clozapine for Yoelish’s treatment-resistant schizophrenia.

After discussing the risks and benefits, Yoelish agreed to start treatment, and Reb Menachem Nochum took responsibility for the necessary blood tests and follow-up appointments.

Over the course of the next four months, Yoelish was faithfully escorted to every single appointment by his big brother, who took full responsibility during the process. Reb Menachem Nochum continued to share the optimistic prognosis that his brother would be successful, and it was nothing short of miraculous to watch as this young bochur opened up and began to climb out of his protective shell.

By the time our half-year anniversary of starting treatment had come about, Yoelish was doing amazingly well. Reb Menachem Nochum had found him a daily gig working for a local mechanic and his little brother had done well enough that he’d slowly turned the internship into a paying job. They’d learn together every evening, and it was a big zechus to hear from Yoelish one day, “You know, I know that the government still wants me to do something meshugeh, but I don’t even care anymore. I’m too busy learning and working to let it bother me.” And though he wasn’t cured, he was definitely stabilized.

I got a phone call from Reb Menachem Nochum the following week to let me know that he’d be canceling their next appointment. When I asked him why, he told me something that shocked me. “The emes is, Reb Yaakov, that I barely have enough money to pay my rent, and now that I’m paying the mechanic to pay Yoelish’s salary, and because he’s doing so much better, I don’t know if I can afford weekly visits anymore.”

And the truth was that it was okay. Yoelish was certainly stable enough that moving to twice-a-month visits was just fine. But something else he’d said made me inquire further: “Reb Menachem Nochum, you’re paying his salary at the mechanic?”

“Of course I am. I mean, I’m hoping they’ll eventually pay him, but in the meantime I’m covering the expenses in order to keep him busy.”

“You’re a tzaddik,” I thought out loud. “And you’re also paying for his treatment? I thought your father was covering it!”

Reb Menachem Nochum laughed a bit this time as he answered. “Well, it’s true that we’re both Goldbergs, but it’s not because we’re related. He spells it with an alef and we spell it without.”

“What do you mean, you’re not even brothers?!”

Yoelish, Reb Menachem Nochum went on to explain, was a yasom and a cousin of his wife’s. For many years he’d been taking responsibility for his “little brother.” And, he told me, “Anyway, aren’t we all brothers in the end?”

Needless to say, I was tremendously impressed. But what Reb Menachem Nochum told me next got me even more excited.

“Reb Yaakov, you know I’ve always been drawn to people with mental-health issues. I feel like Hashem gave me a gift of being able to help people suffering from these challenges.”

I agreed, reminding him of how, when we first met, he’d taken at least half the psych ward at Herzog to daven at Har Hamenuchos — and boy, did they come back happy.

“You know, part of me still wants to keep my place in the beis medrash, but I’ve discussed it with the Rebbe and my mashpiim, and they agree that, if I feel it’s my calling, I should go in this direction. I think maybe it’s my tikkun. So nu, what do you say about me going to learn to be a social worker? I think maybe I’d be good at it… what do you think?” he asked somewhat bashfully.

“Reb Menachem Nochum, you’d be fantastic — just what the frum world needs! There are dozens of wonderful askanim from your chassidus alone who are terrific people, but that can’t compare to professional training.”

“I guess that means you think it would be a good idea, then?” He still seemed a bit hesitant.

“Are you kidding? A lovely, dedicated ben Torah like you? You’ll be so busy it’ll be easier to get in to see the Admor shlita himself!”

“I’m Murray, and I’m going to crush you today"

Dr. Curling, certainly not one for mushy-gushy compliments, harrumphed

“I hear,” Ari acknowledged, “but then why do I feel like such a terrible failure?”

Jacob L. Freedman MD
What Am I Missing?

“Doctor Freedman, I’ve got to tell you, I’m having a great time at home"