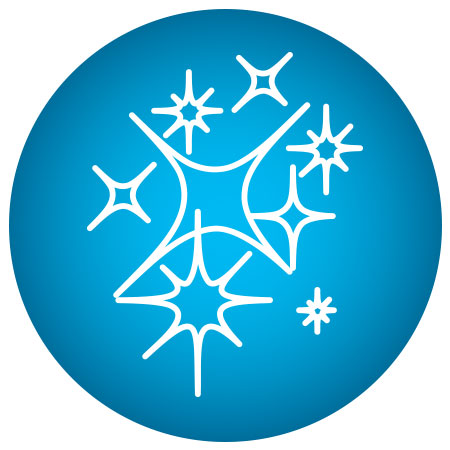 Longing for Mashiach doesn’t come automatically. Like all spiritual accomplishments, it’s something we need to work on. One way to do so is by training ourselves to think about how good things will be when Mashiach is here.

In addition, the halachos of mourning were instituted by Chazal so we’d stop and think about what we’re missing. By delaying the purchase of an elegant breakfront or refraining from distracting ourselves with music during the Three Weeks, we remember the emptiness of a world lacking Hashem’s revealed presence.

Even “regular” people can generate a real yearning for Mashiach.

There are three kinds of exiles: The exile of a Jew under a non-Jew, a Jew under another Jew, and a person under himself.

The Role You Play

Chazal say that the merit of Jewish women will bring the final Geulah — just as they brought the first Geulah in Mitzrayim. In fact, teaches the Arizal, the neshamos of the women of Ikvesa D’Meshicha are spiritually interlinked with those of the women who left Mitzrayim, and were at Matan Torah, went through the Desert, and ultimately entered Eretz Yisrael.

The women of that generation give us insight into what we can do to bring Mashiach: They kept the home holy in Mitzrayim — as commemorated by the Kiyor in the Mishkan; demonstrated their emunah by bringing tambourines along with them to the Midbar; refused to participate in the making of the Eigel; eagerly gave of their jewelry to build the Mishkan; loved Eretz Yisrael — unlike the meraglim; and shunned Korach’s rebellion.

Chazal say we’ll be redeemed in the merit of chesed. This connects with what we say in Eishes Chayil: Toras chesed al lishonah. For example, when a woman says Tehillim as a merit for someone, she sustains the three pillars of the world — saying Tehillim is like learning Torah, it’s the avodah of tefillah, and is also a powerful act of gemilus chasadim.

It’s zechusim like this, coming from Jewish women and girls, that will bring Mashiach.

—Rabbi Moshe Rappoport helped found Bais Yaakov Machon Chen in Zurich, Switzerland, and has taught there for the past 20 years.

Something I do every day that’s changing me

I’ve married off all my children, but due to constant interruptions in my day, especially because of my elderly father who lives with me and is suffering from Alzheimer’s, most days I could not find anything concrete I could point at and say: “I accomplished this today.”

I did slide a little when my daughter stayed with me after her baby’s birth, but I told myself, “Okay, this is why women are not mechuyav,” and when she left, I picked my holy habit right back up.

You don’t have to daven a long tefillah, but daven as soon as you have a few free minutes. If you have time at 8 p.m., don’t wait until 10 p.m. — daven Maariv then!

We’re distanced from our own selves, spiritually and emotionally. Our core emotional self is a composite of many intricate parts. Just look at the vast spectrum of emotions Dovid Hamelech expressed in Sefer Tehillim. Despite his pain, he did not exile any part of himself.

Let’s bring back all of our exiles:

—Yocheved Rottenberg is the facilitator of international therapeutic writing workshops and the author of an upcoming book, both entitled Write Your Way Home.

My brother was in a hospital upstate battling coronavirus, intubated, and on dialysis. After more than six weeks of almost no contact with him, our family decided to transfer him to a rehab facility down south.

The facility allowed one family member to be with him, provided that person took a “temporary nurse aide” course and received a certificate. We were forewarned, though, that in the unlikely event that the health department makes an unexpected visit, that certificate might not be enough.

I volunteered to take the course and was with him over Shabbos. I wasn’t allowed to go out of his room besides for a few quick visits to the kosher kitchen Satmar Bikur Cholim kindly arranged for us.

Shabbos morning, as I made my way, bleary-eyed, to the kitchen to get some coffee, I was stopped by an official-looking woman holding a clipboard. “Are you a visitor?” she asked.

“Then leave this second,” she ordered.

I stood frozen in place. The thought of leaving my brother who finally had me by his side after so many weeks of isolation, and spending Shabbos out in the open, on an isolated road, made me panic.

“Why aren’t you leaving now?” she screamed.

That’s when my Eliyahu Hanavi in the guise of a nurse came to the rescue. “What’s going on?” she asked, seeing my terror-stricken face.

“This visitor must leave this instant!” the official responded.

“Oh, her?” the kindly nurse stage-whispered. “She’s one of our permanent residents and tends to be forgetful at times.” Then, turning to me, “Go back to your room right now, no roaming in the hallways!”

I flew back while thanking Hashem for His wonderful messenger.

The letters of the Torah are like glasses: Through them we can see the Giver of the Torah

Baila Vorhand
And Now, for the Roots

The third period of teshuvah is during Sefirah, when we go all the way to the roots of our actions: to our middos

Capturing moments of joy gives us the strength to move forward

Pesach is coming; we have to renew ourselves, rise and get ready. Because Hashem wants everybody at His Seder table