The baby was born, but the morning sickness was still here 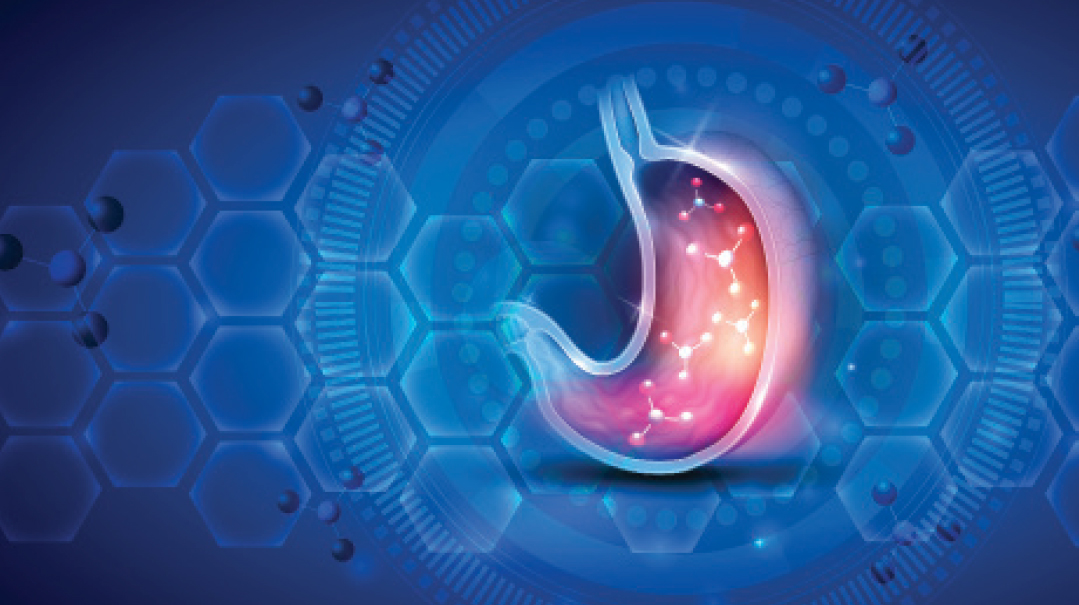 As told to Rachael Lavon

It’s hard to pinpoint when my stomach issues started. We were newly married, living in Eretz Yisrael and enjoying every second of it. Though we missed our families in the States, my husband and I shared a dream of building our home in Eretz Yisrael.

When I found out I was expecting, we were over the moon. My older sister and mother both suffered from hyperemesis gravidarum (excessive nausea and vomiting) while pregnant, so I was expecting nausea from the get-go. Sure enough, the symptoms began right away. I never knew when I’d feel sick; the terrible nausea would come and go throughout the day, but I assumed it was all part of the pregnancy package.

“After the first trimester you’re going to feel a million times better,” friends and family members reassured me. As the weeks passed, I waited anxiously for the relief that everyone promised was imminent, but the nausea and vomiting persisted. I became slightly more functional toward my due date, but unlike my mother and sister, I suffered from debilitating nausea all the way until the end.

“You’ll see,” said my labor coach. “An hour or two after birth, you’ll feel like a new person.” I couldn’t wait. At last our princess arrived, right before Pesach, and we dived right into parenthood, overjoyed with our little bundle. The only thing shadowing the simchah was the nausea, indigestion, and random bouts of vomiting that still hadn’t gone away.

At first I chalked it up to residual pregnancy side effects. When I mentioned it to my doctor, he brushed it off as a little stomach virus, claiming it would pass and it was nothing to be too concerned about. I was young, living in a country where I had limited knowledge of the language and system, and on a very basic health insurance plan. I think a part of me wanted to believe it was just a virus, and it was would just go away on its own if I gave it some time.

Some days were worse than others. Often I just had some indigestion and popped a Tums or Zantac, which helped relieve the discomfort. Other times I’d eat a normal meal at dinner and wake up in the middle of the night throwing up uncontrollably — but then feel perfectly fine in the morning.

Every friend and family member I spoke to had a different theory, ranging from “it’s just hormones” to “stop eating dairy” to “you probably need your gall bladder removed.” I wasn’t sure how to make an appointment with a gastroenterologist, and I was so busy with my newborn and adjusting to motherhood that I kept brushing off the awful symptoms.

One Motzaei Shabbos, we had a Melaveh Malkah at home, and I went to bed, desperate for some sleep after a busy Shabbos. A couple of hours later, I woke up in horrible pain, and proceeded to throw up for the rest of the night.

“You need to go back to the doctor,” my husband said firmly. “This is definitely not a virus.”

I agreed with him, but deep inside I felt it was useless. Having my fears so casually pushed aside the first time I mentioned them to my doctor made me wary of trying again. Originally, I’d felt like the stomach issues were somehow connected to the pregnancy. But I was starting to doubt that.

I decided to harness the power of many and post about my symptoms in a mommy group online. I’m not saying it was the right thing to do — it’s usually preferable to see a real doctor — but having lost some faith in my ability to advocate for myself, I felt like I needed help from young mothers who could relate to me.

I wrote a lengthy post, apologizing for the somewhat gruesome details, outlining all my symptoms, asking if anyone had ever experienced something similar.

A few suggestions were posted in response, but one kind woman replied that I should contact her right away, privately.

“Your symptoms are exactly the same ones I had,” she said to me once we were speaking privately. “I’d have weird indigestion that would come and go and sometimes get horribly sick.”

She was a few years older than me, with a few kids already.

“We finally figured out I was suffering from an H. pylori infection,” she continued, “and we treated the infection with antibiotics, but it was too late. Unfortunately, I now have stomach cancer.”

Hearing about her suffering pushed me to take my symptoms seriously. I did some research on H. pylori and saw that many of the symptoms matched what I was experiencing. I went back to the doctor armed with new knowledge and more confidence, but once again, he seemed unimpressed.

“We can do a breath test to check for H. pylori, but you need to be off all antacids for two weeks before we take the test,” he said nonchalantly, printing out the forms I’d need to complete the test.

I went home reassured that the doctor didn’t seem too worried and committed to going off antacids for two weeks. But a few days later, I had terrible indigestion and pain and had to take Tums. Oh, well, I had to start from scratch. I restarted, but again, within a few days I caved in and had to take something for my stomach. This happened over and over. Weeks passed. I went back to the doctor who told me there was no way to get an accurate test without going off antacids.

I tried, but life was busy and my health got pushed to the back burner. The baby started crawling, my husband had a very full schedule out of the house, and I was working part time. When I had a flair up, I firmly resolved to complete the two week break and get the test done, but other times I just popped the antacids so I could get through the day without horrible indigestion, and gave up on ever feeling better.

It was a full year later that I arrived at my parents’ house in Florida for Pesach bein hazmanim. I sat down on my parents’ couch and promptly burst into tears. I’d had another flare up and I felt utterly helpless, wondering if I would ever be able to get a proper diagnosis or ever feel better.

Looking back, I can see how important it is to learn how to advocate for yourself when it comes to medical care, but at the time I just couldn’t handle it. My mother immediately took the reins and booked me an appointment with a top gastroenterologist who was able to diagnose the H. pylori through a blood test (a test which had never been offered to me by my doctor).

I also found out that my maternal aunt developed stomach cancer due to H. pylori while in her thirties, so getting rid of the infection became even more of a priority. The doctor took the time to explain the nature of the bacteria and how to get rid of it. He immediately prescribed a heavy dose of antibiotics, and I waited anxiously for the symptoms to disappear. At first, I thought they were subsiding, but once I finished the antibiotics, the symptoms returned with a vengeance.

I was a nervous wreck at that point, wondering if I’d ever be able to get rid of the infection, but the doctor calmed me down and explained that many people need more than one course of antibiotics to fully get rid of H. pylori. Sure enough, after the second round of antibiotics, my symptoms were gone.

As an extra precaution, the doctor decided to do a CT scan of my stomach just to make sure it was really and truly gone. Once that came back clear, I felt an overwhelming wave of relief wash over me. It was finally over.

It’s been seven years and thank G-d the symptoms have never returned, but the memories of that time remain painful. It was a year of needless suffering. Though the pain and vomiting were intermittent, the situation destroyed my quality of life.

I should have recruited someone to help me navigate the medical field so I got better care and found a doctor who was willing to use another method to diagnose me, instead of insisting on just a breath test. I now baruch Hashem have two more children, and the subsequent pregnancies without H. pylori were much easier.

I’ve also matured and internalized what I learned from that time period. I try not to delay getting proper medical care and I’m much more proactive when it comes to my health and the health of my loved ones.

Helicobacter pylori is a type of bacteria that infects the stomach. Many people carry the bacteria (some statistics say over 50% percent of the world population) in their stomach, but not everyone develops sores or digestive issues upon infection.

H. pylori weakens the lining of the stomach, which makes the stomach cells more susceptible to damage from stomach acid, which can lead to ulcers and in some cases, cancer.

Experts are stumped as to why some people develop symptoms from the bacteria and others can go years and years without ever knowing they’re carrying it.

Those who develop sores, ulcers or inflammation from the bacteria may experience:

-Dull pain that lingers, comes two or three hours after eating, appears when the stomach is empty, or goes away upon taking antacids.

-Having an upset stomach or nausea

Did you ever approach a doctor with a legitimate concern only to be brushed off? More specifically, were you ever told it was “just anxiety” when you knew there was a physical problem?

I believe sharing our journeys can bring awareness, empathy, and a sense of connection to those who’ve gone through a medical crisis. My vision for this column is a place to share, spread information, and give hope to readers. If you had a medical mystery and would like to be part of this, please write to familyfirst@mishpacha.com

Coming next: When it looks like anxiety — but isn’t. 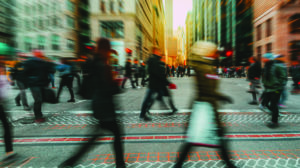 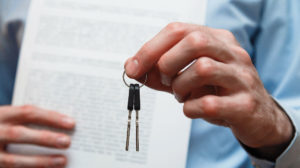 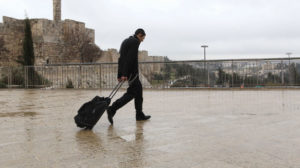 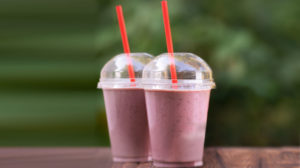 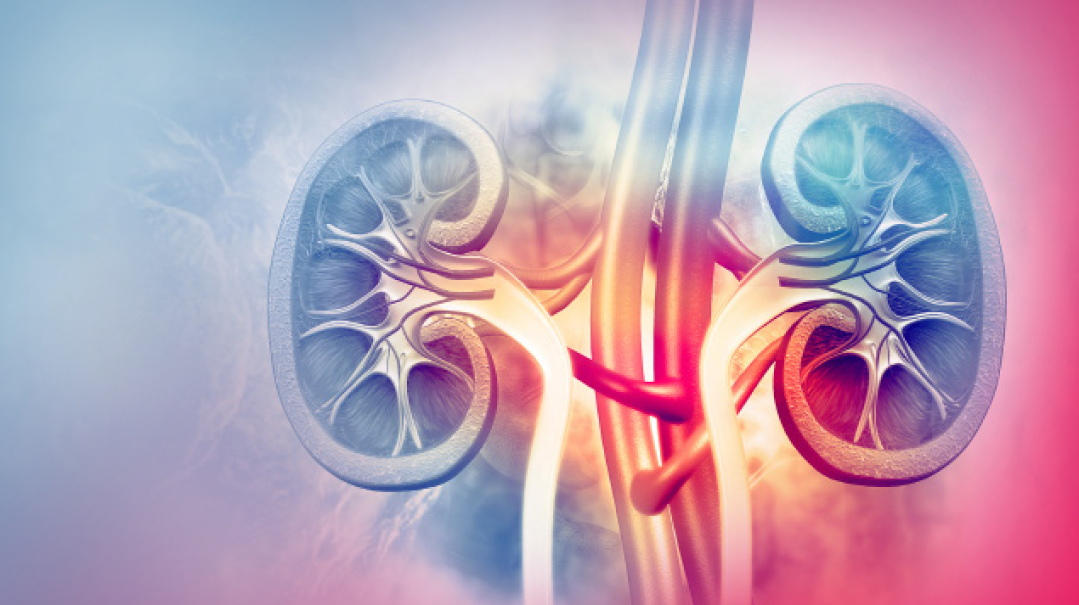 We treated the infection again and again, but it kept returning 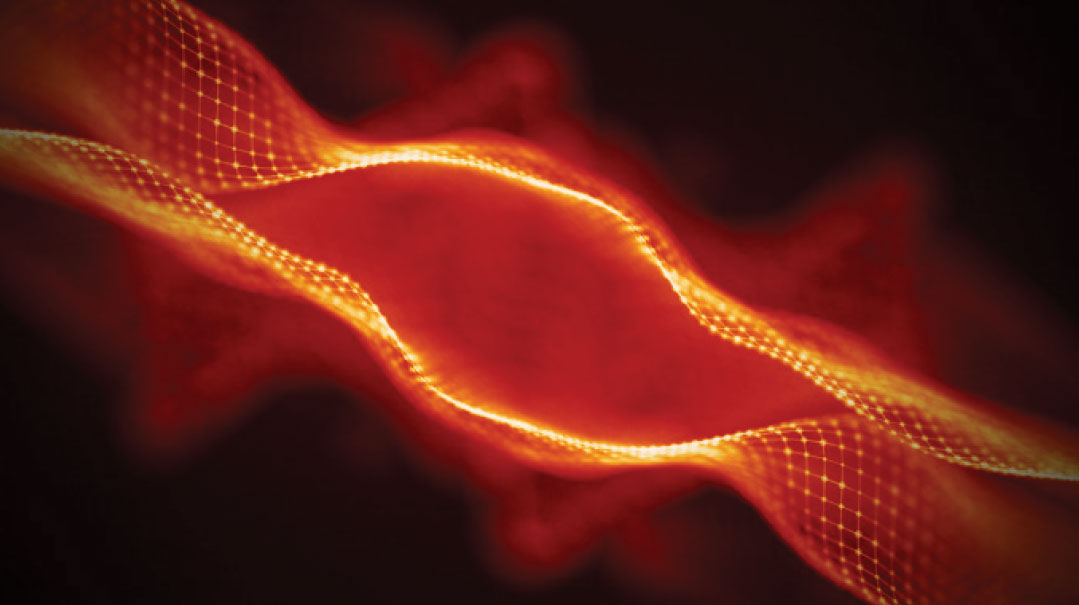 Rachael Lavon
They Said the Pain Was Normal

Even though this was my first birth and I was admittedly inexperienced, I felt something was seriously wrong 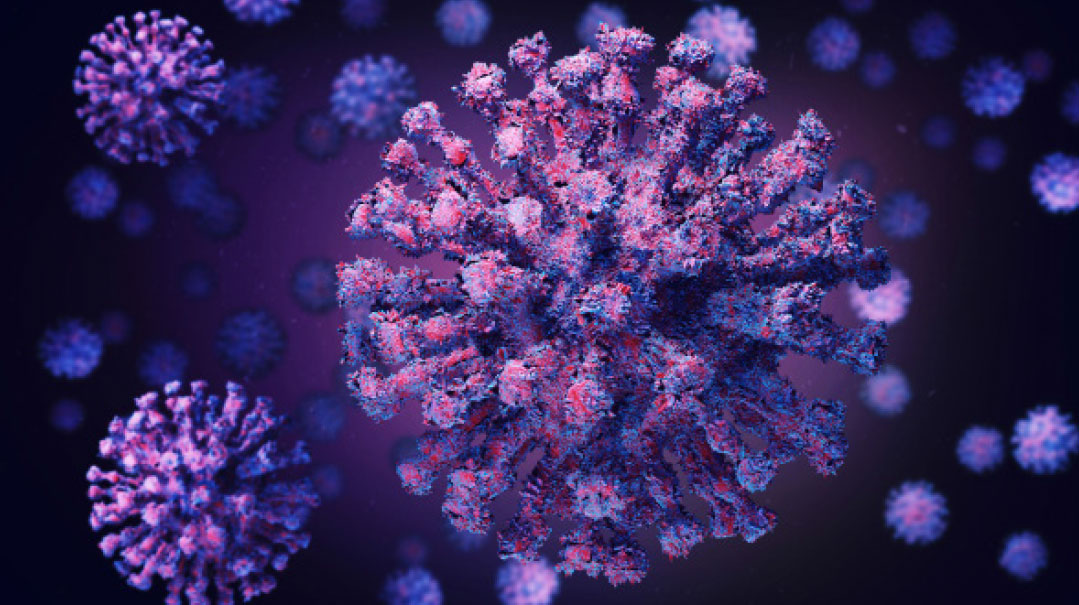 It was a simple case of COVID. So why was the pain off the charts? 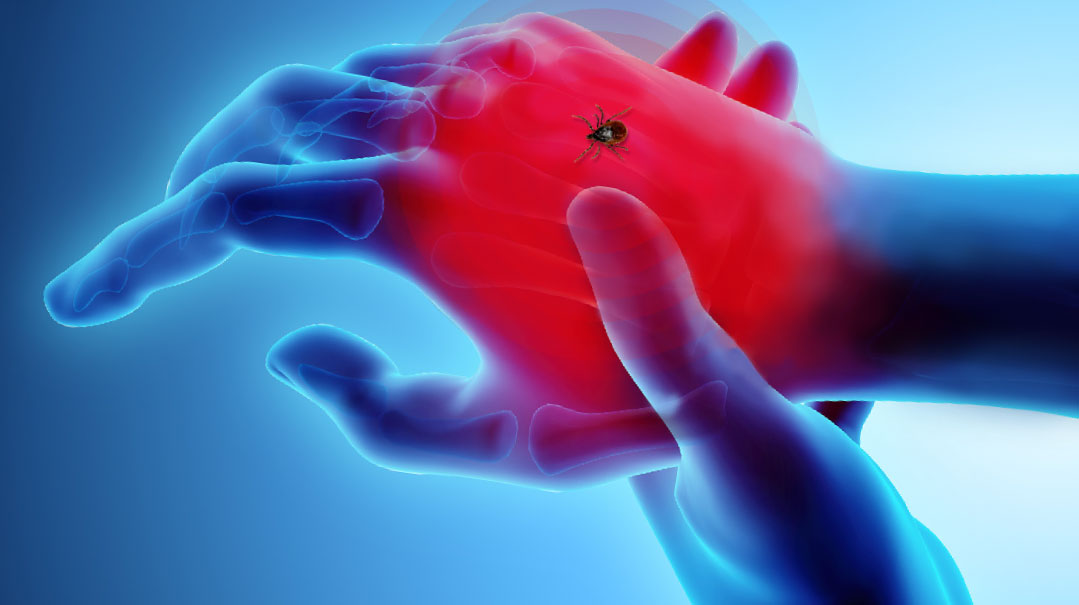 Their world was about to be upended; and the catalyst would be a tiny bug, not much larger than a poppy seed 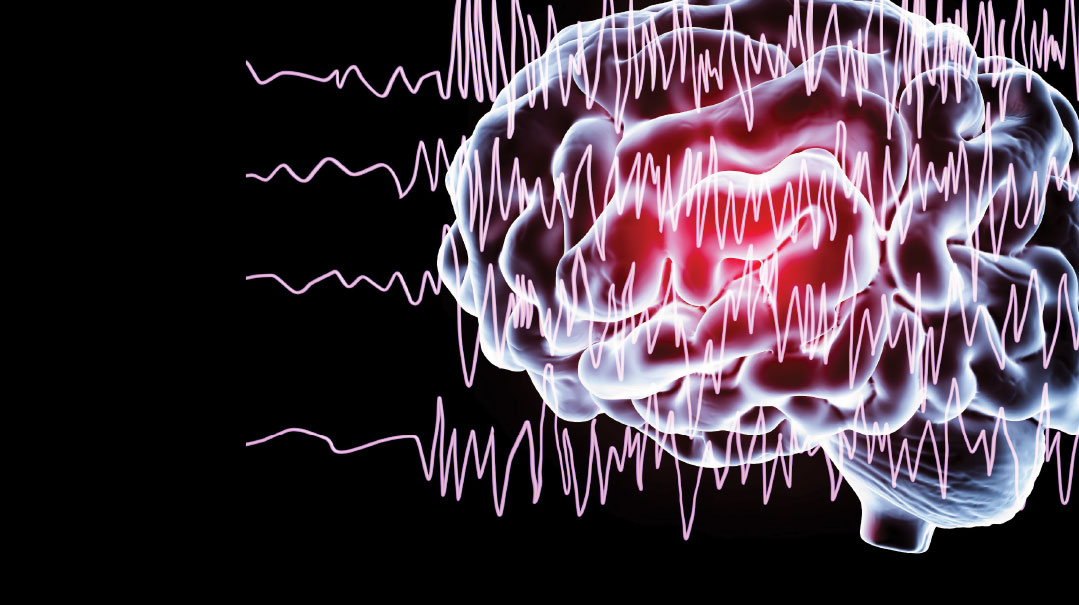 For years, they said they were panic attacks. Then I discovered the truth