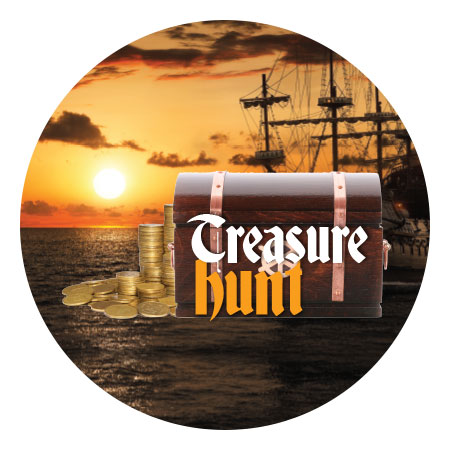 Tuvia screamed as loud as he could as the water gushing through the hole in the ship began rising across the floor.

Tuvia raced through the ship until he found planks of wood that he stuffed across the hole. He pressed his back against the board, holding back the ocean waters that were trying, with incredible force, to burst into the ship. He strained every muscle in his body not to yield.

The planks of wood shattered into splinters and the water slammed into Tuvia and knocked him halfway across the hallway.  Spluttering and soaking in cold sea water, he rose shakily to his feet and watched the water quickly rise to his shins.

“It’s miserably cold! And there’s water in my room! Can someone explain this?”

Tuvia ran toward Kotty’s voice and found the old man sitting inside his cabin, blissfully cutting up a roasted carrot. He was wearing a large flowery bib tucked under his chin.

“’Ello, dear boy! Glad you decided to drop in! I was just about to enjoy a good meal and I could use some good company — blimey, why are you all wet? That’s no way to walk around, you’re bound to catch a cold! Go get some dry clothes on. Oh, and while you’re at it, have someone come down and mop the floor. It looks like someone had a dreadful spill…”

“Kotty! The ship is under attack! There’s a leak!”

At that moment, another boom shook the ship and they could hear terrified screams from above.

“You need to get above deck right now!”

“Alright, just let me put my carrot into my pocket for later.”

Kotty stuffed his carrot away and then hobbled from the room.

An ancient yellow map caught Tuvia’s eye and he stuffed it inside his pocket before following Kotty above deck.

Above deck he could see that the enemy ship was in flames, a massive ruin of fire.

A roar rent the air as the sailors fired their pistols into the sky, drunk with happiness.

“And whose idea was it to hold off on firing our cannons until we were right alongside them? Mine!”

The sailors hoisted John onto their shoulders. The captain watched with a frown, turning away when John smiled at him.

Tuvia ran to the captain and whispered into his ear.

“Victory has come at a high cost!” the captain yelled, cutting the celebration short.