It depends on whom you ask 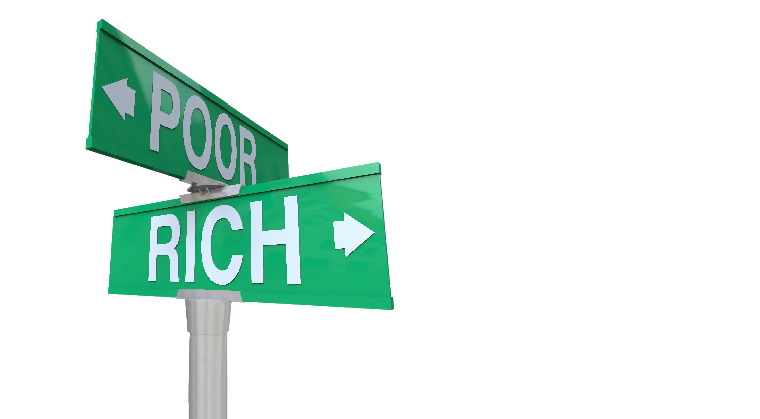 here’s no question the gap between America’s rich and poor is getting wider. Sounds like a cliché, but that’s a reality supported by facts and statistics. The real question is whether the poor are becoming worse off, not just relatively speaking but in absolute terms. And there, it depends on whom you ask.

First, some numbers. In the beginning of July, the American economy entered its 121st month in a row of economic growth. That statistic is unprecedented and sets a new record. The economy is thriving, the stock market is climbing, the economy creates more new jobs with every month. In the last ten years, the number of billionaires has more than doubled — from 267 in 2008 to 607 in 2018.

How about for folks at the other end of the economic spectrum? The Reuters news service reports that in the last decade, there has been a 40 percent increase in the number of poor people who have to rely on food stamps from the government. But if you parse the actual annual numbers from the US Department of Agriculture, you find that, yes, 16 million were added to the food stamp rolls from 2008 to 2016 — but 3.9 million came off of food stamps in the last two years, from 2016 to 2018.

According to statistics from the AFL-CIO labor union, the CEOs of major corporations on the S&P 500 earned 287 times the median income of workers in their company in the last year. In some corporations the gap between CEOs and the average worker reached 3,000 times or more. And the geographic spread of the problem also reveals an interesting conundrum: according to the US Census Bureau, income equality is worst in the progressive bastions of California, New York, Connecticut, and the District of Columbia.

But is income inequality a bad thing in and of itself? Does government have a responsibility to step in and try to even the playing field? As President Obama famously quipped, “At a certain point you’ve made enough money.” Or should government do what it can to encourage economic growth, without worrying about redistributing the fruits? That calls to mind John F. Kennedy’s famous aphorism, “A rising tide lifts all boats.”

Professor Richard Murnane of the Harvard Graduate School of Education and a fellow with the Society of Labor Economists, leans toward the first camp. He says workers have watched the labor share — that is, the share of each product that goes to labor — has declined markedly in the last 30 years.

“And that’s of a piece with the inequality,” he tells Mishpacha. “There are many factors associated with that. Some of that is technical change that has a reduced demand for certain kinds of labor. But an awful lot of it is government policies.”

Murnane points to decreased labor-union participation as a cause. “After World War II,” he says, “about a third of American private sector workers belonged to unions. That’s now less than 9 percent. Unions historically have been able to support their workers getting a share [from] increasing profits in corporations, and that’s much less the case now.”

“We need to have government policies that support workers’ attempts to hit their share of economic growth,” he says. “The current administration has enacted a number of policies that have acted to the contrary.”

Another major factor in income inequality, he explains, is that minimum wage has not been increased in many years. “A number of states have increased the minimum wage, but the federal minimum wage is still $7.25, which [combined with] inflation is vastly lower than it has been in past decades. And that’s a big source of inequality. I think at least we should increase the minimum wage to $12 an hour immediately and index it to inflation.”

Other economists, however, take issue with this last point. They say that government mandating a higher minimum wage will force small businesses — which employ a large percentage of America’s low-wage workers — to cut payroll.

“Unfortunately, the real minimum wage is always zero, regardless of the laws, and that is the wage that many workers receive in the wake of the creation or escalation of a government-mandated minimum wage, because they lose their jobs or fail to find jobs when they enter the labor force,” wrote Thomas Sowell in Basic Economics: A Citizen’s Guide to the Economy. “Making it illegal to pay less than a given amount does not make a worker’s productivity worth that amount — and, if it is not, that worker is unlikely to be employed.”

San Francisco, Seattle, and New York City have all recently enacted minimum wage ordinances. Critics predicted widespread job losses in entry-level positions. That has largely not materialized; however, all three cities are undergoing economic booms creating a higher demand for low-wage positions, and it is hard to separate that from the effects of the minimum wage laws.

Recently, progressive members of Congress such as Alexandra Ocasio-Cortez have offered to tax the rich at 70%.

“That’s probably too high,” says Professor Murnane. “The current maximum tax rate is quite modest, and I think a significant increase in the maximum tax rate from its current value would make sense.”

The Hoover Institution’s David Henderson argues against that sort of policy. “If there’s anything we know from basic economics, it’s that incentives affect behavior,” he wrote in Defining Ideas on February 20, 2019. “Tax high incomes or wealth heavily and you will have fewer people trying to make high incomes and get wealthy. Moreover, even if the incentive effect were slight, high taxes on highly productive people take wealth out of their hands, where much of it likely would have been used to finance more pro-consumer innovation and productivity, and put it in the hands of government bureaucracies. That simple transfer of wealth, independent of the effect on incentives, makes a society worse off.”

But, says Professor Murnane, “the evidence shows that’s not the case. One of the things that we’ve seen is that corporations that got enormous tax breaks as a result of these tax cuts, used most of the money to buy back stocks rather than to make new investments. And buying back stock raises the share prices. So who benefits from that? The people who own stock.”

But does an increase in inequality point to an increase in poverty? Not necessarily. Consider, for example, the case of Bill Gates; his software made him rich, but also added value to the whole economy, creating new jobs where none existed.

Moving to the global stage, the World Bank published figures showing that in 2015, 10 perc of the world’s population lived on less than $1.90 per day. That sounds bad — until you consider that in 1990, that figure was 36%. Nearly 1.1 billion people worldwide have been lifted out of extreme poverty over that span, and today fewer than 1 billion still live in extreme poverty. All this happened at a time of increasing income inequality.

“[This is] because of increased international trade and economic growth — which have made some people extremely wealthy, while also lifting over one billion others out of crippling destitution,” wrote the Hoover Institution’s David Henderson.

Whatever the case, as the rich get richer, the looming specter of income inequality is sure to drive policy debates for the foreseeable future. 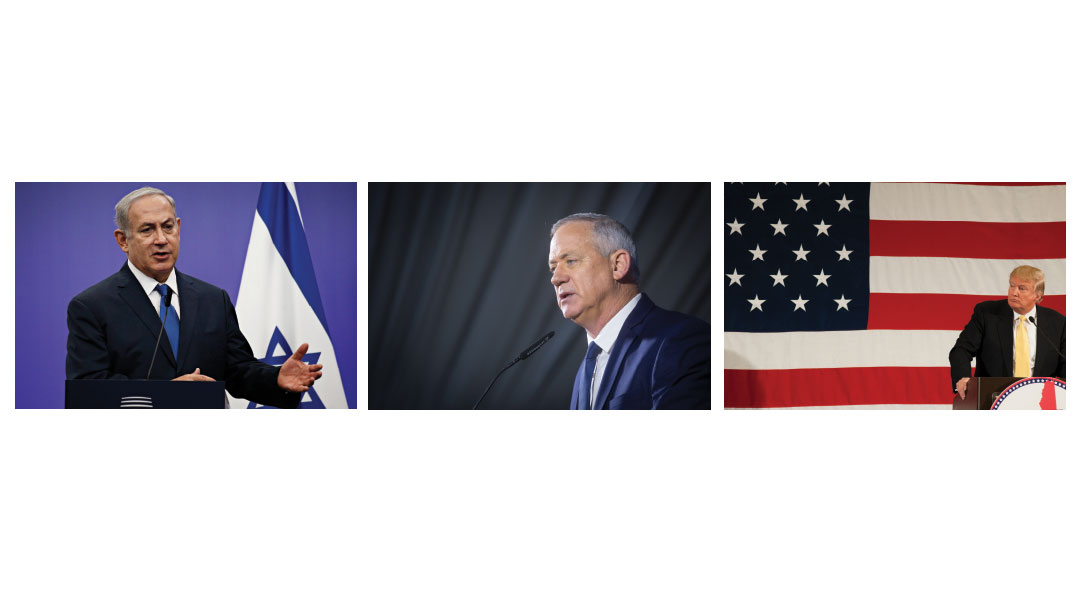