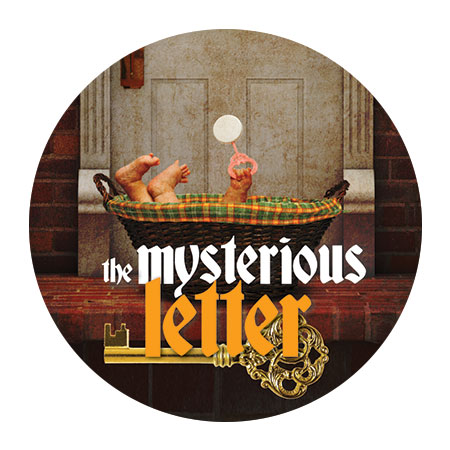 Chaim and his family ran deep into the woods and hunkered down behind several large trees. A moment later two Cossacks galloped past them, screaming furiously. They listened to the hoofbeats fading away and slowly breathed a sigh of relief.

“Can we go back now?” Shoshanah asked her husband, who was breathing heavily beside her.

“I think we would be better off staying here. Who knows if they’ll decide to return?”

“Baruch is right,” Chaim whispered. “Everyone stay put and…” His voice trailed off as the sound of hoofbeats neared.

“They’re coming back!” Shoshanah whispered. “Ribbono shel Olam, save us!”

“Remember what I always taught you: Hashem is always listening to our tefillos. Daven! Daven!” Chaim began to recite Tehillim fervently, tears streaming down his cheeks.

“There they are! I see a shadow behind the tree! Get them!”

The Cossacks had returned, and their voices were filled with hatred. They leaped off their horses, drew their swords, and ran toward the place where everyone was hiding.

Shoshanah closed her eyes, her lips murmuring the ancient words of faith and courage sung by Dovid Hamelech thousands of years before.

One of the Cossacks howled in pain as an arrow flew through the air and struck him down. The other Cossack raced toward his horse to flee the hidden enemy, but another arrow flung him to the dirt.

The ground shook again as the sound of hoofbeats filled the air. A moment later an entourage of 12 men wearing full suits of armor and holding long, dazzling spears galloped up to the family.

“You don’t have to cower in fear! We’re not here to hurt you.” The leader of the group had a long ponytail and held a bow in his hand. A long ax was strapped across his back. “We just killed those worthless Cossacks for you, so I think you know we have no respect for the acts they perpetrate.”

There were screams from the direction of the village.

“Go defend the village!” the leader instructed his men. “Return here only after every last one of the Cossacks has been dealt with!”

The other soldiers galloped off to save the Jews.

“Wait a minute! I recognize you!” Shoshanah shouted. “You’re the man who placed the letter outside of my house many years ago!”

“You have a good memory.” The man smiled.

“So you are the letter writer. Shoshanah is your daughter?” Chaim asked in a trembling voice.

“Oh, no! Not me! But for many years I have been faithfully delivering the letters to you. I am just a messenger of the king.”

“Yes. You see, your adopted daughter is the child of the king’s brother, Alfred. I suppose I should really call him Avraham. You see, many years ago, Prince Alfred discovered faults in the Christian religion. He explored further until he discovered Judaism. He believed that Judaism is the only true religion.

“As I’m sure you can imagine, the king could not tolerate such a matter in his own kingdom. He could not have his own flesh and blood publicly shaming the Christian religion and embracing the foreign faith of the Jews! In fact, people had begun to talk amongst themselves, and they were disgusted with the king himself. You know how the Jews are thought of among many gentiles in our country.

“So the king had a choice: kill his brother by way of public execution, or…” The man paused for a long time. “Exile him for many years and forbid him to ever enter the country until a prearranged time. The king hoped that by the time his brother would return, people would have already forgotten all about their connection, and Prince Alfred would be a thing of the past. He could then freely practice his Jewish faith without casting any shame upon the king and the rest of the royal family.

“But, of course, there was a big problem. You see, Prince Alfred had a newborn baby girl. He wanted to travel to Israel, the land of the Jews, but most people do not survive such a long, dangerous journey, let alone a frail, newborn baby.

“He needed to leave his daughter behind, but with whom could he entrust his most precious asset in the entire world? He would also need to keep it a secret, even from the adoptive parents, because the expulsion included his daughter. If his brother the king would find out that his daughter was still in the country and being raised by Jews, that might cause him to increase his punishment.

“Sure you have, you just don’t remember. One night his wagon broke down on a dark, empty road outside your village. You were kind enough to fix his wagon. You refused compensation and did everything out of the goodness of your heart. The prince never forgot and he chose you as the adoptive father for his precious daughter.”

“And how is it that by a clear miracle you have shown up today? At this exact moment, which saved us from the Cossacks?”

“Haven’t you read the latest letter?” The soldier smiled. “Avraham is back! The term of his exile has ended and he is back inside the royal palace. He is awaiting his daughter! And do not worry, he is a very learned, righteous Jew. I am sure you and Shoshanah will be most pleased and excited to meet and reunite with him.”

The soldier hesitated and then added, “And one more thing… The golden key, do you still have it?”

“Good, let’s fetch it and bring it with us. During Avraham’s exile, his royal treasures were locked away. Now that he is back, he wants to reclaim his treasures and bestow them upon his daughter, Shoshanah.”

Chaim and his wife looked at Shoshanah and they all cried tears of happiness. The incredible series of events, so openly orchestrated by HaKadosh Baruch Hu, was overwhelming.

“You will never lack anything for the rest of your lives!” the soldier told all of them. “For your kindness to the prince years ago and your willingness to adopt and care for a child that was not your own, you will be repaid beyond your wildest imagination.”

When the other soldiers returned, they all traveled together to the castle and Shoshanah was joyfully reunited with her real parents. Shoshanah, her adoptive parents, and her real parents, were overcome with joy. It was more than anyone could have hoped for — all thanks to the tremendous chesed performed by Chaim and his wife.