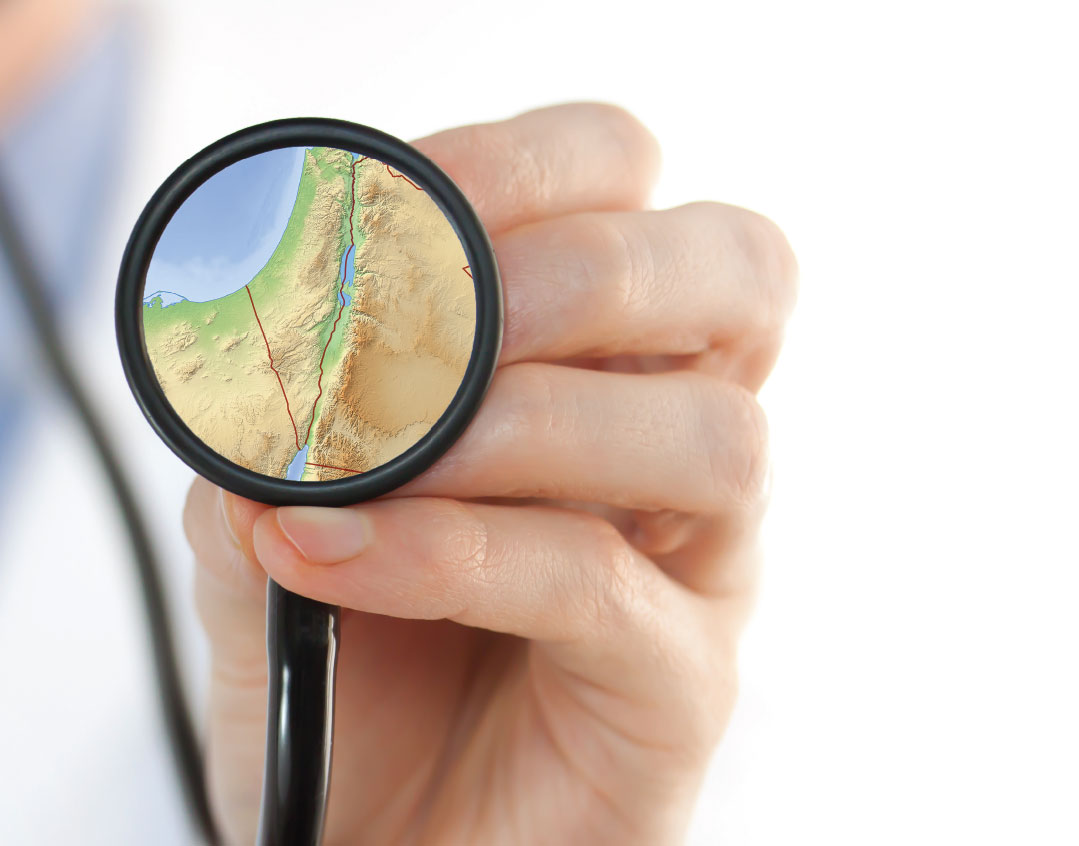 e are writing with respect to your most recent Series on health in the Palestinian territories (published online July 5). As has been the case in virtually all your reports on the Middle East, the Series presents a one-sided, biased view of the situation.”

Thus begins a letter coauthored by Malke Borow, published in the Lancet, one of the most prominent medical journals in the world.

Ironies often come back to bite. They’ve done so for Malke Borow. As a young woman, Malke was interested in pursuing a career in medicine — but she was scared off by the long training and the difficulties of combining career with family. But in the medical cases she tackles today as a lawyer and health-care advisor, she is well-nigh fearless.

I’m eager to meet Malke, and intimidated, too, by her impressive r?sum? and achievements. But the minute she greets me with her warm hello, I’m put at ease. Malke wears her accomplishments lightly — all in a day’s rather diverse work — and makes me feel that as Jewish women, we share more than we differ.

Malke is the mother of four children and enjoys being a savta. She’s also the director of Division of Law and Policy at the Israeli Medical Association (IMA), and has published extensively on legal-medical issues. There’s no such thing as an ordinary day for Malke. Fighting battles in the pages of renowned medical journals is just one small aspect of a job that Malke avows she just “fell into.”

A Brooklyn girl, Malke attended Bnos Leah of Prospect Park for high school and then spent her seminary year in Michlalah. Some leave seminary vowing that Israel will be their future home; Malke wasn’t among them. But with hindsight, she’s sure that year planted the seeds that would lead to her future life there. It exposed her to life in Israel — the idealism, the pace, maybe even the taste of falafel.

Back in the States, although her dream was to be a doctor, Malke saw the challenge of combining a medical career with a family, and so she took the easy route and went to Columbia Law School. She met her husband, Yaakov, while she was in her last year of college and they settled in Passaic. Aliyah had always been a vague feature of their life’s agenda, but when their eldest child was about to begin first grade, Malke’s husband suggested they rethink their plans.

“We came absolutely blindly: We didn’t have jobs waiting for us, and we had four kids under the age of six.” Twenty-two years down the line, Malke looks back and avers that the move was the best thing her family ever did. “I had to overcome my fears, but now I thank Hashem every day.”