A talk with Yoram Ra’anan on artwork that can move minds, inspire new perspectives, and ignite souls 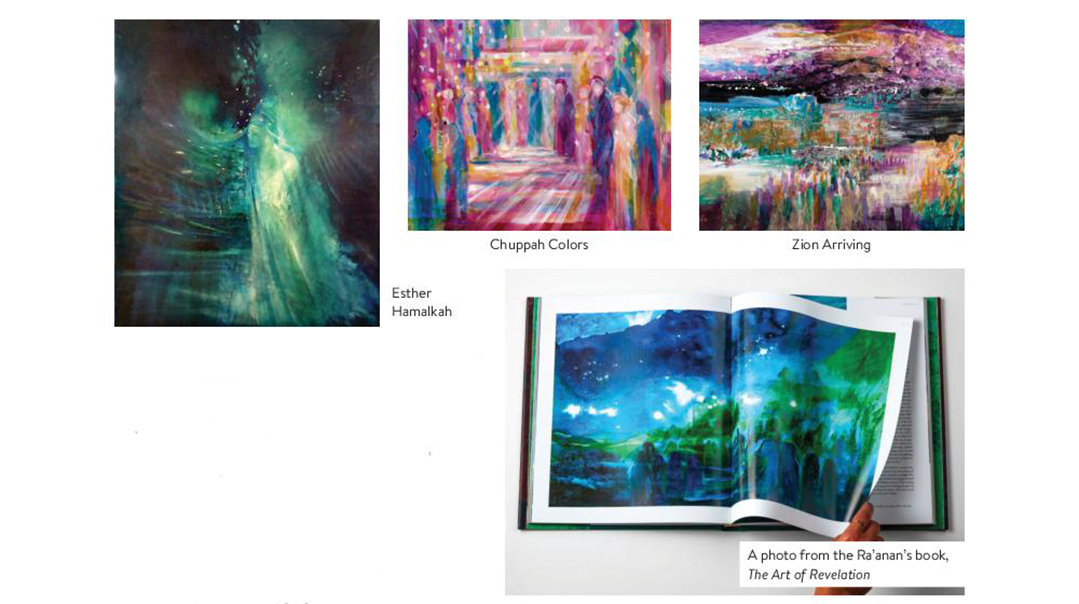 In November 2016, a fire destroyed a studio in Moshav Beit Meir, 15 minutes outside of Yerushalayim, and with it, 1,500 original paintings, 1,200 works on paper, and numerous sculptures. Yoram Ra’anan’s story is one of emunah and the unique combination of what is borne when passion and level-headedness coexist.

About nine years ago, I had the privilege of visiting Ra’anan’s studio, which was alive with greenery, animals, nature — a true creative’s dwelling. The studio was flooded with light and layered with artwork: large canvases, saturated with color and movement, as well as smaller pieces, moody and layered. I’d always been a follower of his work, but seeing the process changed the experience for me. 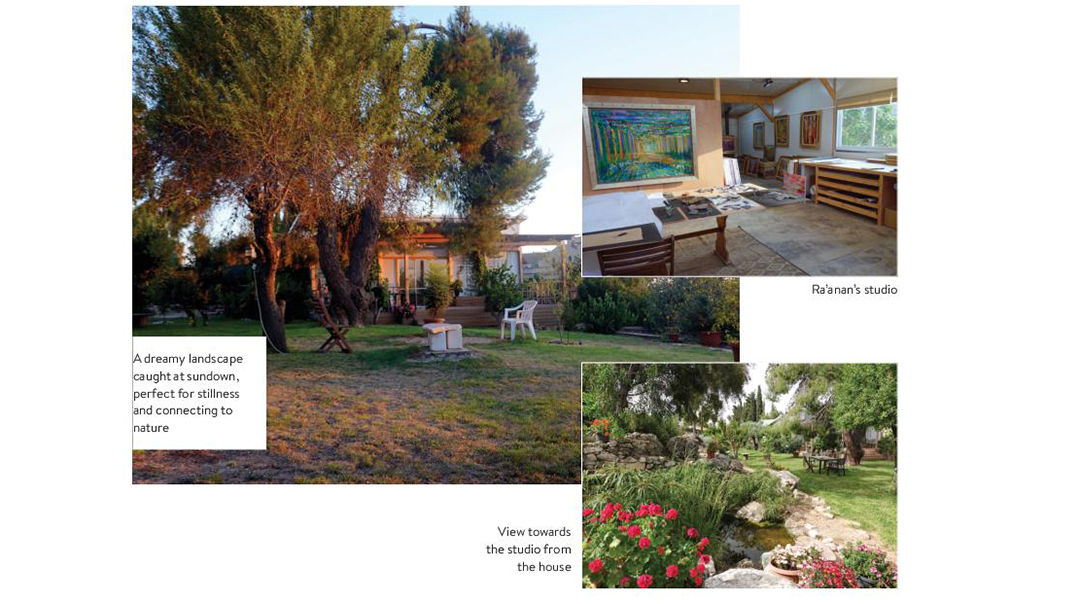 The Desire to Create

Yoram describes the desire to create as the need to express something that can’t be put into words. His work has inspired an entire generation of artists, which he uses to propel himself to create unique color schemes and techniques. It’s the indefinable combination of those factors that creates beautiful and mysterious experiences, where he is constantly reinventing the wheel. K’shmo kein hu — ra’anan means “ever fresh.”

Creating a piece requires constant experimentation and boundary pushing, where revealing new perspectives through different iterations and movements often yields the most memorable pieces. He recalls one scenario where the Sheraton Plaza in Jerusalem had commissioned a painting, which organically evolved into an abstract piece of eagle’s wings. As guests ventured through the halls of the hotel, they would study the painting, and ultimately, the consensus was that it was too abstract for their tastes; it was unquantifiable and hard to understand. Of course, hours of work had gone into the piece, and in Ra’anan’s discouraged state, he splashed paint and water over it with abandon, turning the canvas every which way, until horizontal became vertical. From the layers, a stately figure appeared, and then — another facial image. Before it dried, he stood the canvas up and let the paint spill out.

From that recalibration came a twist of fate: because he was fed up, he relinquished control, letting Hashem take over. The result was one of the most sought-after pieces of his career, “Esther Hamalkah.”

In the world we live in, with the chaos of technology and connection, it’s hard to stay connected to creativity. For years, Yoram has awakened for neitz, timing his Amidah with sunrise. This quiet serenity and partnership with Hashem is where his life is centered.

Yoram’s wife, Meira, plays a pivotal role in opening up doors intellectually and aesthetically. “I may be the one husband in the world who encourages getting criticized,” Ra’anan laughs. He has a book, The Art of Revelation, published on the weekly parshah, based on the three years’ worth of weekly parshah paintings he created for the Jerusalem Post. His wife began writing about the dualities in understanding the layers of each painting and what they depict, as well as insights on the actual parshah.

Yoram explains that when a client sees the piece that suits them best, they should experience two opposite feelings concurrently: they’re staring at something that seems familiar, yet experiencing a completely new moment. The multiple layers of a great work enable the viewer to constantly discover new elements.

Today’s trends are less so in the style painted, since there are so many subjective tastes and diverse people involved. We are seeing more of a focus on the medium of execution: prints on aluminum create a contemporary feel on traditional pieces; prints on wood add an earthy texture; and mixed media paintings on canvas give the excitement of owning original art, while the price is about 75 percent less.

People want to feel grounded just as they want to feel uplifted: the apex of both is what makes a successful piece. An original Ra’anan sells in a wide range of prices, but inexpensive they are not. For someone with a tight budget, he suggests purchasing prints, drawings, or watercolors, or finding emerging artists. Touring art fairs and thrift shops are other avenues to explore.

We change as people, our needs evolve, as does how we look at art and life. In these scenarios, you may find that a piece may have spoken to you at one time, but doesn’t elicit emotion in the same way anymore. Try moving it to a different space and see if that perspective makes you feel differently.

“Don’t Be Afraid to Fail”

There are so many artists exploding with talent who are as yet undiscovered. To them, Ra’anan says: keep working and don’t be afraid to fail, or feel discouraged when you do. Everybody has a certain number of bad works of art they’ll create, so get them out of your system; you’ll learn through that process.

Ra’anan recalls that he would do whatever it took to make ends meet in the artistry field and continuously reinvent the wheel — greeting cards, bentshers — they all featured his art. These ended up becoming walking advertisements: suddenly, 500 people at a wedding had an image of his work that they took home.

Recognize that sometimes you have to spend money to make it. A lot of how he got to know some of his greatest clients was through participating in fundraisers. It was a win-win — the charity made money and Ra’anan made money, albeit less so than for a full-priced piece, but that’s how he created a global community like this.

In his definition of hishtadlus, Ra’anan describes someone who puts in all his effort and nothing works. Believe that Hashem will come from the sidelines and give you something you didn’t even initially set a goal to achieve, he says.

On that infamous day in November, Yoram and his wife watched from a hundred meters away as the fire, with its insidious destruction, rendered his art ash. 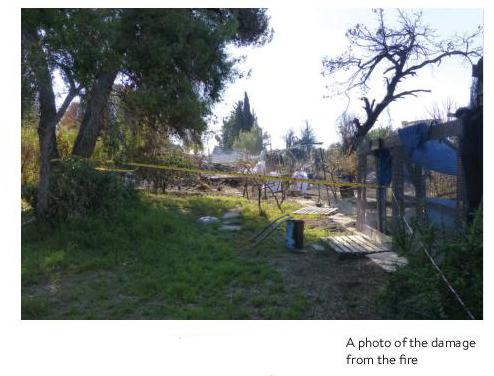 Remarkably, unbelievably, even in that moment and the moments following, he looked to his wife and said, “Only good will come out of this because it’s min haShamayim, and we will rebuild. Art can be remade, and my family is okay. We can go forward b’simchah.”

Now, four years later, he describes the property as being 10 times more lush, having literally grown out of the devastation, with 2,000 working art pieces to show for it. Ra’anan, by definition: fresh, luxuriant. And so it is. 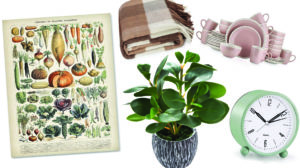 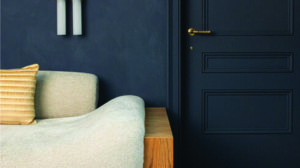 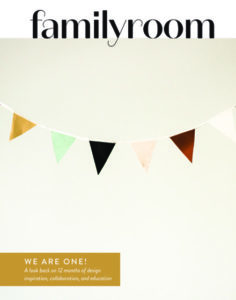 | Family Room |
Accessorize: We Are One!
Rivki Rabinowitz 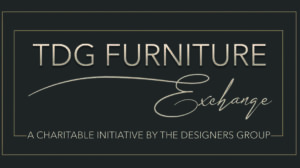 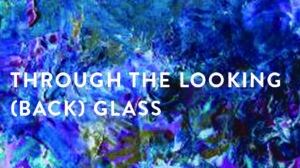 | Family Room |
Through the Looking (Back) Glass
Family Room Contributors

| Family Room |
Tips from the Pros: 12 Things Your Contractors Want You to Know
King David Contractors 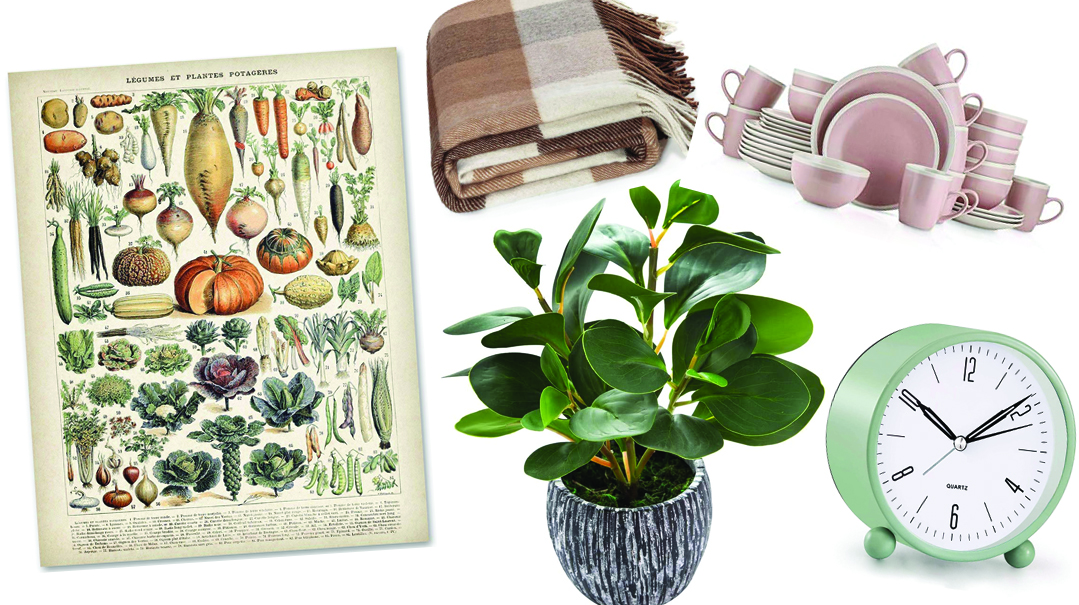 Aviva Burke
The Interior of Design: Elevated with Amazon 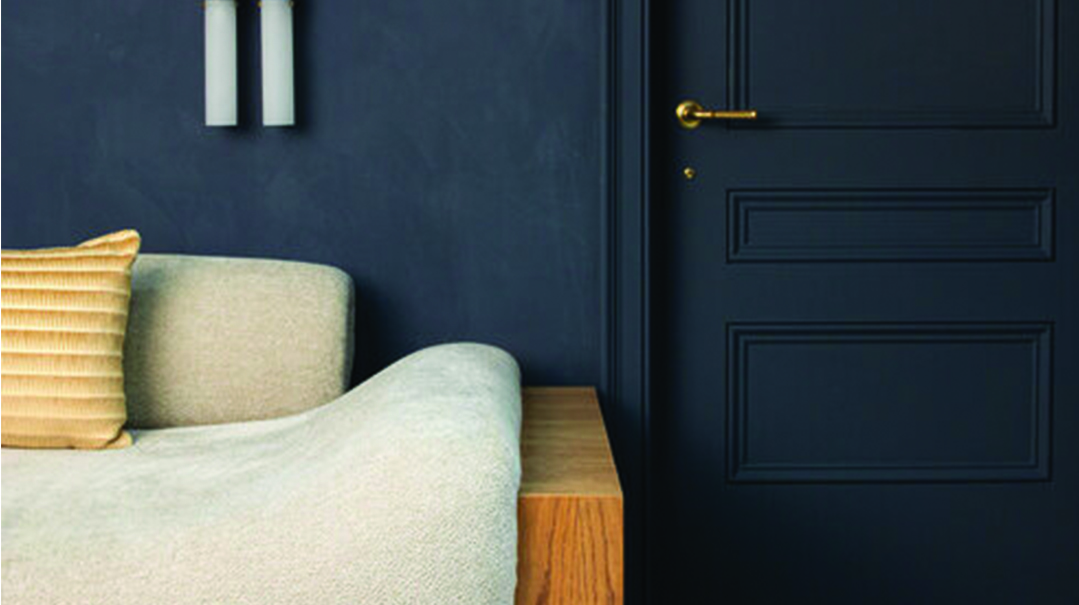 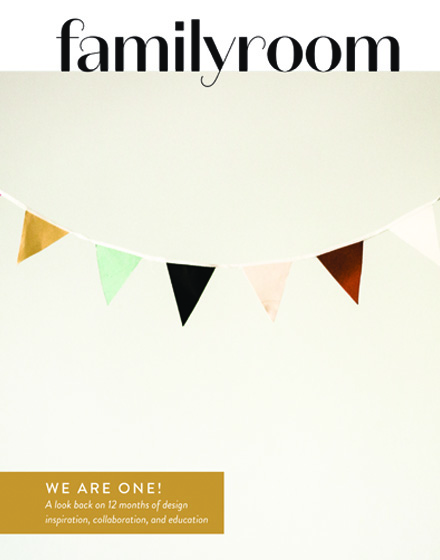 Rivki Rabinowitz
Accessorize: We Are One! 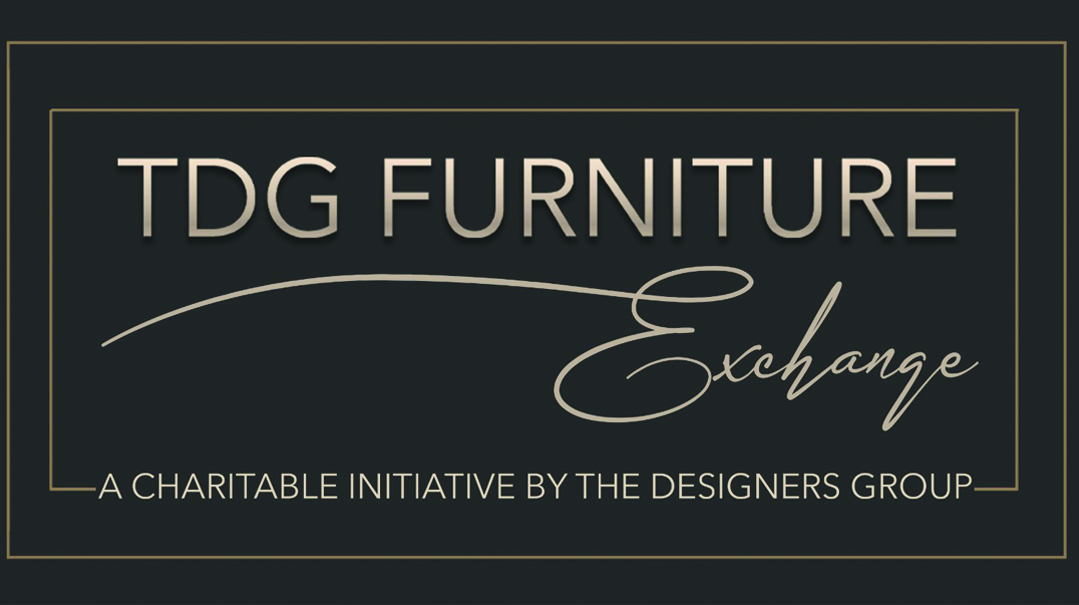 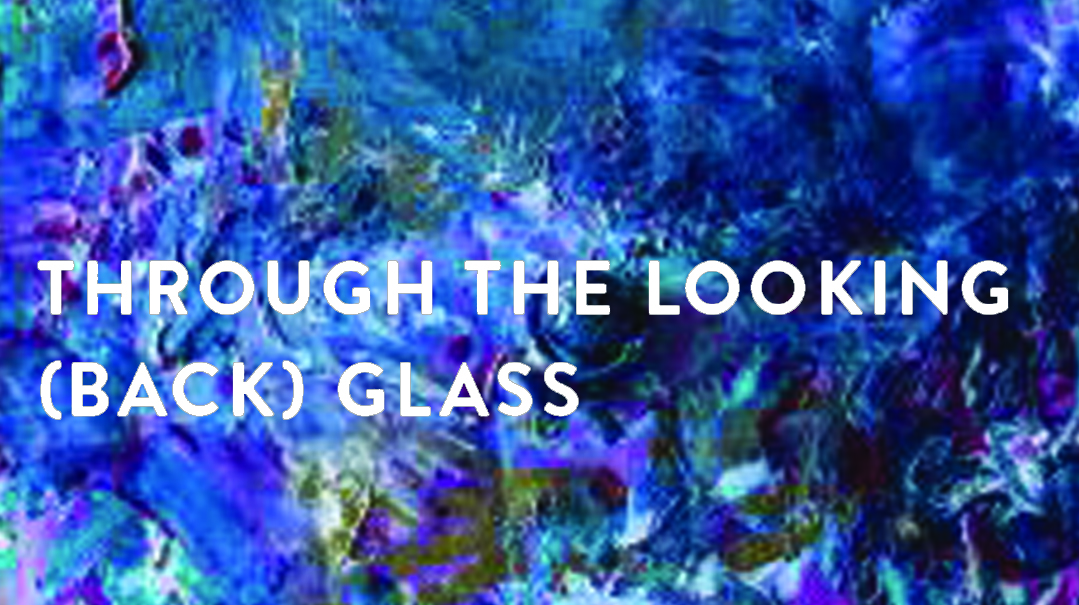 Family Room Contributors
Through the Looking (Back) Glass

The Family Room editorial team makes their first birthday party, with a look back at some favorites throughout the year

King David Contractors
Tips from the Pros: 12 Things Your Contractors Want You to Know
+ See all