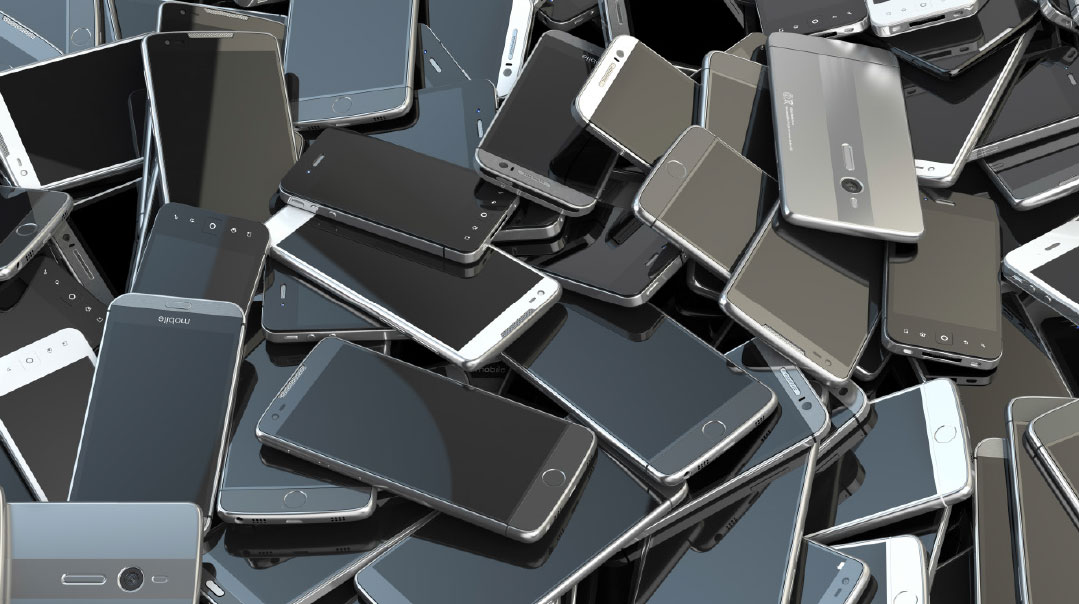 H
ow is the Torah-observant community doing vis-à-vis the never-ending, ever-multiplying challenges that technology poses? It can be hard for the average frum Jew to accurately gauge whether the battle is being won or lost.

Most people can only judge the success of communal pushback against the tyranny of tech based on the very limited experience of their circle of family and friends, and some of those might, in fact, be losing their individual battles with this addiction. On the other side of the ledger, people read about this speech and that initiative to raise awareness of the dangers, but there’s very little reported about the implementation of actual strategies and whether there are actual victories occurring out there.

But, in fact, there are successes, many of them, involving many people and important institutions in frum life. Here are two recent ones, from different points on the communal spectrum:

Rabbi Larry Rothwachs, the longtime rabbi of a prominent shul in Teaneck, New Jersey, is also the camp rabbi of Camp Morasha, a well-known Modern Orthodox sleepaway camp. He wrote recently about the experience of implementing a new technology policy eliminating all use of screened devices by staff and campers.

He admits to having had lots of reluctance and doubt about whether the policy could succeed, despite his personal belief in the benefits of disconnecting and in creating opportunities for people to do so. Although the camp’s administration had put much forethought and planning into the move, it seemed

overly ambitious and bold. Let’s be honest; electronic devices, in all of their forms, have become set fixtures in all of our spaces and places. From our homes to the workplace, from schools to the playground, and from shul to the streets, screens are everywhere. Can one reasonably assume that a complete ban on all screened devices would be met with success?....

The reality is that many of the challenges we face today are unique and without precedent.  For many parents and educators, it often feels as if we are chasing a moving target.

But a sleepaway camp provides a unique setting in which to test the viability of doing away with technology, and so, writes Rabbi Rothwachs, for “seven weeks, our beautiful scenic campus functioned as a laboratory; our campers and staff, as the participating subjects.” The camp had already successfully put strict limits on cell phone use, which met with success, save for “predictable mild symptoms of technology withdrawal.”

As the camp’s leadership considered taking things to the next level by eliminating handheld devices altogether for over 1,300 campers and staff members, they wondered what would ensue. How would campers deal with being unable to turn habitually to their gadgets to unwind after a long day of intense physical activity? What about the dreaded rainy days, with hours of boredom spent in bunks, and two fast days that are long and challenging for kids? The prospects didn’t seem promising.

And then, summer arrived:

On Monday, July 1, as our campers arrived at camp, all screened devices were collected. We prepared ourselves for the initial fallout, especially when the lights went out that first night. And then we waited. And waited. And waited. Almost instantaneously, something remarkable occurred and continued throughout the weeks that followed.

The participants in this grand experiment seemed to display a genuine sense of freedom. Rather than rebel, they seemed noticeably at ease, as they were suddenly released from the digital shackles that often hold us captive. They celebrated their newfound freedom by interacting with each other in ways that, not all that long ago, were considered normal human behaviors. They sat around, at times for long periods at end, and looked up and forward, rather than down and away. We even witnessed the resurrection of “initial baseball,” a timeless classic, all but lost in today’s world.

But most importantly, they looked at each other. Not a passing glance here and there; they really looked at each other. They spoke with one another and interacted with nature and with the world around them, without the constant distraction of chirps, buzzes, beeps, and the powerful allure of those glaring screens that so often hijack our attention.

Rabbi Rothwachs concludes by noting that the experience, and the ease with which it succeeded, have taught him an important lesson: “That our children crave so deeply for direct contact and for genuine connection with each other, with the world around them, and with themselves.”

Elsewhere this past summer, far from Camp Morasha, there was a success of another sort when Agudath Israel of America followed the directive of the Moetzes Gedolei HaTorah and withdrew the Siyum App it had developed and made available in conjunction with the upcoming Siyum HaShas. In a statement announcing the move, executive vice president Rabbi Chaim Dovid Zwiebel explained that despite the good intentions behind the app, which were to encourage increased Torah learning among people who already use smartphones, the organization received expressions of concern from a number of respected mechanchim and rabbanim. They felt the Agudah’s sponsorship of the app made it appear that smartphone use is not problematic even when not absolutely necessary for business and the like, and that this undermined their efforts to discourage smartphone use in their yeshivos and kehillos.

The members of the Moetzes considered these concerns and found them well placed. Despite the fact that there are people who may need to use smartphones for business and similar needs, they said that an organization like Agudath Israel that’s a standard-bearer for the highest Torah ideals could not do something that could be misunderstood to encourage those who don’t need smartphones to begin using them.

Although perhaps more abstract than Camp Morasha’s success story, the Agudah’s decision was very significant in its own right. For one thing, it’s a clear statement about how some of America’s greatest Torah leaders view smartphone use.

Moreover, their decision seems to convey the message that the existence of a worthy goal like increased limud Torah or any other mitzvah or good cause doesn’t automatically justify using any means at all to achieve that end. When it comes to the topic of technology, where the claim of “but there’s so much to be gained from access to technology…” is often used to foreclose the conversation without any attempt at undertaking a serious cost-benefit analysis of the actual gains versus the tech-related losses that continue to pile up in every area of life, that’s a crucial message, indeed.

Writing in Moment, journalist Shmuel Rosner discusses the results of surveys conducted by the Jewish People Policy Institute, where he’s a senior fellow, to determine the number of Reform and Conservative Jews in Israel.

“In the course of one year,” he writes, “we asked the same people four times if they were Reform. My colleague Noah Slepkov found that not even one respondent answered this question affirmatively all four times. This suggests that ‘Reform’ is an occasional identity. It may be that sometimes, when they feel like it, Israelis will say they are Reform, but at other times they will say they are ‘secular’ and belong to ‘no stream.’ ”

Rosner goes on to conjecture about why Israelis might tell a pollster they’re Reform even though they aren’t. “With the benefit of anecdotal evidence, we are inclined to take a leap and speculate that the reason is mostly political: By saying they are Reform, they establish their antipathy to Orthodox Judaism, and even more so to the Orthodox Israeli establishment.”

He concludes by saying that rather than Reform Judaism in Israel being a form of religious identity, “the numbers suggest… [it is] largely a political sentiment that carries no consistent commitment to an ongoing religious practice.” And, he adds, the lesson conveyed by those numbers is that “the Orthodox establishment being rigid and annoying is the main driver of Reform growth in Israel.”

Wait. Didn’t Rosner say just a few paragraphs earlier that advancing this notion — that Israelis call themselves Reform to express their antipathy toward the Orthodox establishment — required him to “take a leap and speculate” based on nothing more than “anecdotal evidence”?

It’s amazing, but not amusing, how in the space of three paragraphs a musing can metamorphose into a finding.

Originally featured in Mishpacha, Issue 777. Eytan Kobre may be contacted directly at kobre@mishpacha.com