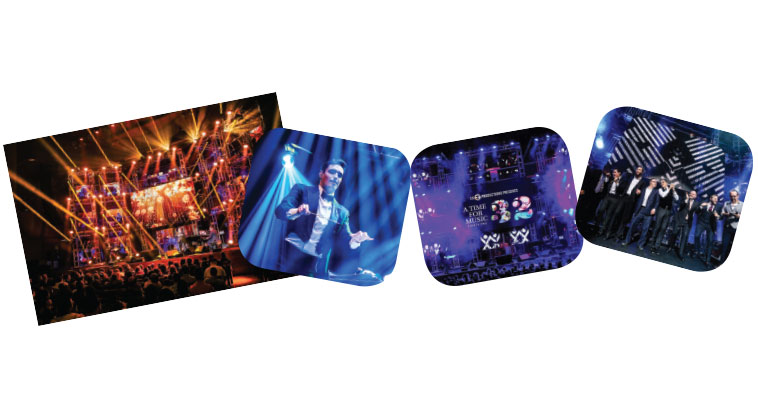 f we jog our memories back a few years, we can still remember those star-studded advertisements for HASC concerts which had Jewish music fans eagerly anticipating the upcoming show. But since Eli Gerstner took over HASC’s production in 2016 for its 29th annual concert, the anticipation has been intensified by a veil of secrecy. These days, pre-concert talk about the line-up is all guesswork and rumors, because there’s no knowing who will be smiling down from the stage on the big night.

And with the suspense building up, top- secret suits Eli Gerstner just fine.

Truthfully, most aficionados would agree that the more you learn about Jewish music, the more you feel for its secrets. Knowing the little-known songs, the famous but wrongly accredited compositions, the obscure composers, and the lyrics which everybody sings wrong are part of being a music insider. Eli Gerstner, who was always the guy at the kiddush who could tell you where the niggun sung for Kedushah was from, who composed it and who released it in what year and on which album, loves those secrets.

He views this newly imposed secrecy behind the HASC lineup as part of what makes the show great, keeping the program out of the box. “The HASC show is entertainment, but I have my eye on educating the crowd musically as well. We have today’s stars on the HASC stage, and then we have the groups which we could never have if we advertised, because their names just don’t speak to people. But when they start to sing, they bring the house down. They are the best-kept secrets in the shadows of Jewish music, and I get the chance to put them up there.”

So the top-secret roster of entertainers, which no one besides Eli Gerstner and HASC chairman Jeremy Strauss knows is actually a highly creative device which broadens the possibilities for the annual concert.

At last week’s HASC 32 concert, for example, besides Yaakov Shwekey and many other acts, the concert featured a comeback for Aish, the Abie Rotenberg-Shlomo Simcha duo. “They did their Aish medley, and it was like, hit, hit, hit, one amazing song after the other. The audience was going crazy. People had no idea that these songs which have become classics and are sung all over — songs like ‘Ilan,’ ‘Mi Adir,’ and ‘Habeit’ — were theirs. It was a revelation.”

Another surprise for those who remember those early bands of the 1970s was a revived Ohr Chodosh, who received the only standing ovation of the evening. Country Yossi, Heshy Walfish, and Nachum Deutsch performed a medley of their classics, including “Shir Hamaalos” and “Bilvavi Mishkan Evneh,” in which the entire audience joined the chorus “u’lener tamid ekach li, es aish ha’akeidah, u’lekorban akriv lo es nafshi, es nafshi hayechidah.”

“I could never have advertised Ohr Chodosh,” Eli explains, “but there they were on stage, doing their thing, showcasing their glorious contribution to Jewish music, and the entire hall was on their feet.”

Despite the fact that most people today have no idea of the origins of those songs, even the younger members of the audience know them. “I’m always surprised by the songs my own teenagers know,” says Eli. “If they know a song from 30 years ago, that tells me it’s a classic. And they definitely do know ‘Shir Hamaalos’ and ‘Bilvavi.’ ”

Eli says that even people in the industry don’t know who composed some of the classics they themselves sing as part of their repertoire, as he discovered during preparations for this year’s concert. “I hired Mordechai Shapiro for a HASC debut. When we first spoke, I said ‘Mordechai, I want you to sing 15 minutes of your own songs, then I have a legendary composer coming on, and you’ll sing a medley with him. But I can only tell you who it is two weeks before the show.’ Of course, he was dying to know who it was, but I didn’t tell him. Then, two weeks before the concert, I said, ‘Mordechai, are you ready? It’s Yishai Lapidot.’ ”

Then, “Yishai Lapidot from Oif Simchas? Are we doing an Oif Simchas medley?”

“No, his compositions. ‘Aleh Katan’…”

“I don’t believe it! I sing these songs at weddings every night. I had no idea….”

“Of course,” says Eli, “Mordechai was really excited about it, and his reaction was mirrored in the concert hall. When Nachum Segal announced Yishai Lapidot, there were some cheers, but when he sang ‘Aleh Katan,’ the crowd roared. They gave such respect to a really under-recognized composer. And that is what I mean by musical education.” 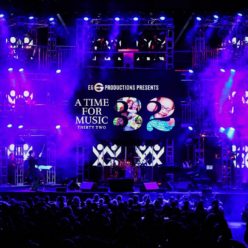 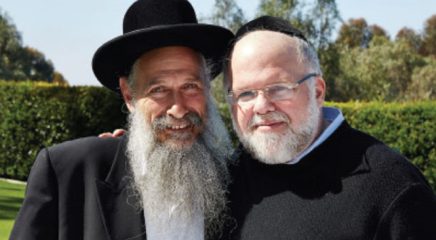