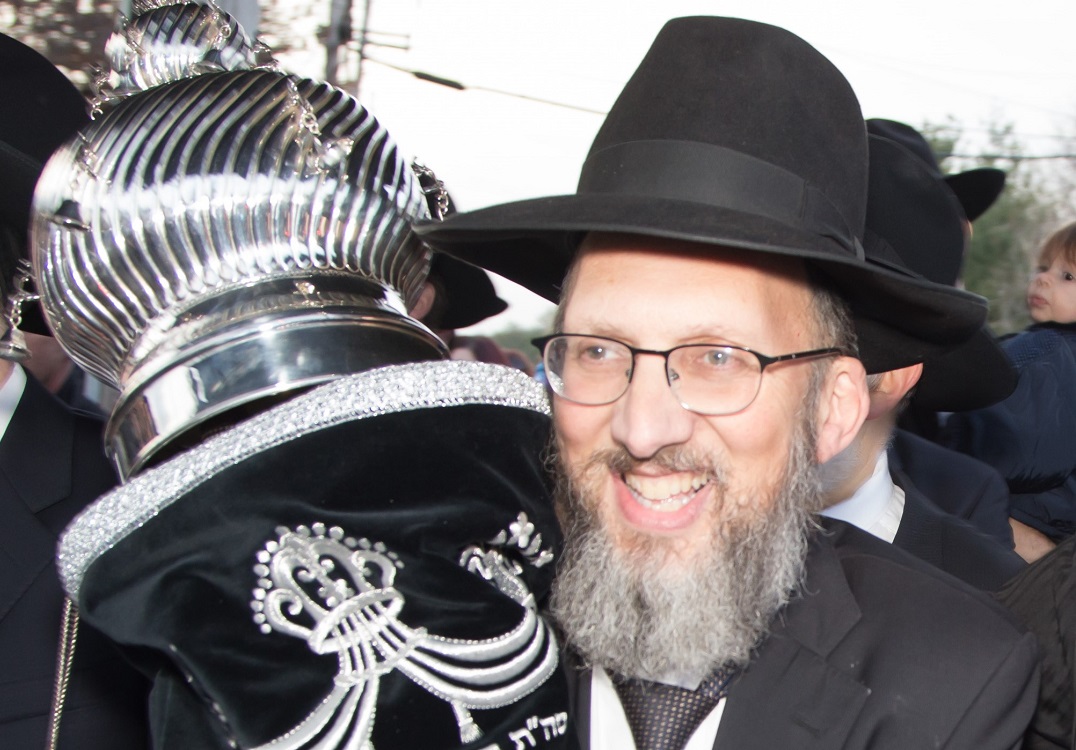 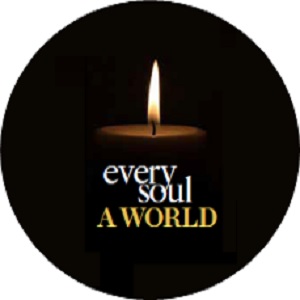 e knew something was wrong,” his wife relates. “It seemed like more than just the initial symptoms of the virus. He just didn’t look right. But we were scared to go to the hospital. We knew what that meant. So we went to urgent care. We called the doctor until it got to the point where we knew there was no choice. Hatzolah came to take him.

“ ‘What should I pack for you?’ I asked him.
“ ‘My tefillin, my Chumash, my siddur, my Gemara,’ he answered in a low, raspy voice. It was difficult for him to talk at that point.

“As I gathered his belongings, I glanced at the clock. Shabbos had arrived and in the imminent emergency, we hadn’t realized. ‘Don’t worry,’ my daughters assured me, ‘we lit the candles for you.’

“ ‘Why don’t you make Kiddush now before going into the ambulance,’ suggested the medic. We quickly brought grape juice, straining our ears to hear him recite the Kiddush. After he was done, my son instinctively bent down his head for the brachah he’d received every Friday night from his father since he was born. Then all the children, one by one, drew close so their father could place his hands upon their heads and bentsh them, too. As the doors to the ambulance closed, my sons began to sing Shalom Aleichem.

"That was the last time we saw him.”

Rav Zalman Hillel Fendel ztz”l can be likened to Rav Chaim Baruch Epstein, author of the Torah Temimah (commentary on Chumash). Like the Torah Temimah, Rabbi Fendel was an accountant by trade. His true profession, however, was as a brilliant, worldly talmid chacham who loved his Torah learning with all his soul, brilliance, and profundity. He wrote many seforim and kuntresim about esoteric Torah topics as well as about chinuch and shalom bayis. He was a devoted, loving father and husband, and highly respected in the community though only those closest to him knew the extent of all he did for others.

“For years now I’d been trying to let the oilam know what a treasure we had in Lakewood,” eulogized a close friend. “But I guess, in line with his humility, Rav Zalman Hillel Fendel was meant to remain one of the hidden gedolei haTorah.”
His friend continues, “I’d see him in shul daily going through two to three blatt Gemara before he’d start on his iyun gadol in specific sugyas. It seemed he finished Shas every few years. He once answered a question I had regarding yayin nesech and said, ‘You’re right, none of the poskim hold that way.’ You know how people say about others, so-and-so is a baki b’Shas? Well, Rav Zalman Hillel truly was a baki b’shas. If he said, ‘No poskim hold that way,’ you could be sure that no poskim hold that way.”

A few years ago, Rabbi Fendel wrote a particular sefer on the Yerushalmi. Before finishing it, he visited Rav Chaim Kanievsky to show him his work. Rav Chaim carefully reviewed it and blessed him enthusiastically, requesting he return with it upon completion. As he was leaving, Rav Chaim’s son walked over and asked to see the sefer. He commented that Rav Chaim had envisioned compiling a similar work, but realized it would be a very difficult task. 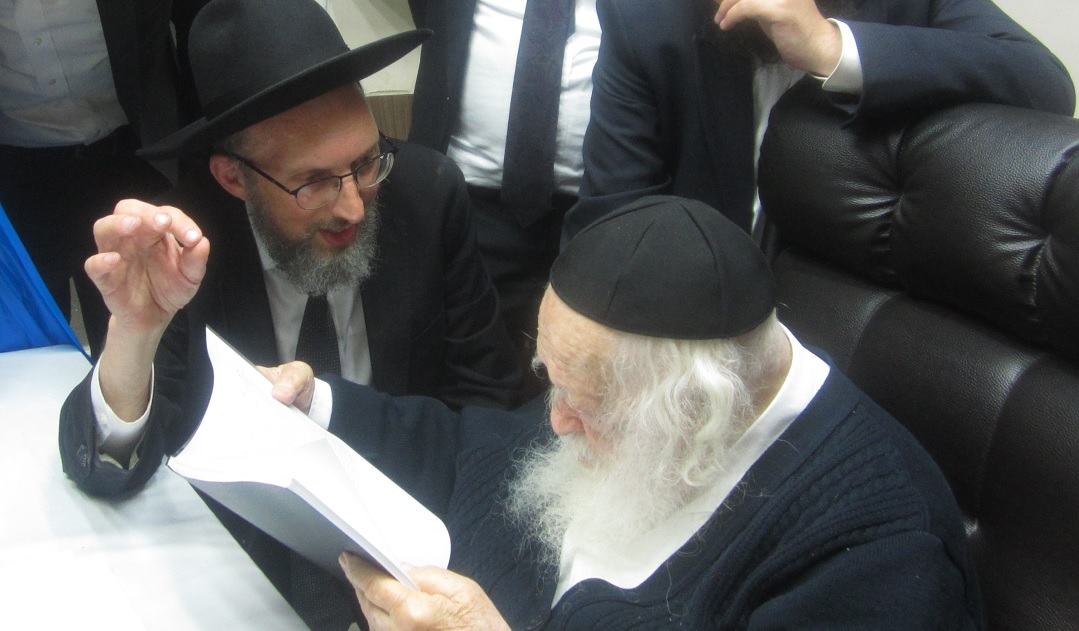 In Rav Reuven Feinstein’s eulogy, he said, “Rav Zalman Hillel was a true champion of Hakadosh Baruch Hu’s Torah. He always looked for conclusions and he didn’t care what side he came out on. Whatever came out as truth, that’s the side he was on.”

Though Rabbi Fendel packed every available minute with Torah learning, if an opportunity presented itself to enhance his study practically, he jumped at it. He had written extensively about subjects such as kiddush hachodesh, birchas hachamah, and sod haibur. August 21, 2017, the date of the total solar eclipse, therefore, was an experience he couldn’t miss. Along with his family, he drove from Lakewood to West Virginia for Shabbos. He then spent the entire Sunday checking the weather in various cities until determining that Spring City, Tennessee, would be the ideal cloudless location for the following day’s eclipse. As soon as he returned home, he compiled a brilliant essay on the Torah’s viewpoint on a total solar eclipse.

To acquire the most accurate information, he sought truth wherever it was found. For example, he wrote about certain worms found in fish that he determined were not unkosher. His research included email correspondence with a parasitologist.

His daughter shares about the time her father was helping her with her accounting courses. That year on the biggest tax deadline, April 15th, she called her father and breathlessly asked him, “Ta, are you finished?” Her father answered, “Yes, I’m almost finished, I have just a few lines left and then I’m making a siyum tonight”. His daughter sighed and said, “Ta, the taxes....” “Oh, that. Yes, I finished them.”

Rabbi Fendel was the rare individual who knew how to prioritize his service to himself, his family, and the community, not skimping on any of them. Each son had a separate Shabbos learning schedule with their father. Rabbi Fendel never forgot to bring treats to shul before Shabbos so his boys could truly feel the sweetness of Torah learning. He sang, “Ohr zaruah la’tzaddik” for each grandchild when they took their first step. He was present for every child’s and grandchild’s celebration, no matter the occasion. With his signature smile, overflowing with pure, simple joy, he would wrap his grandsons in a tallis to carry them to their upsheren. 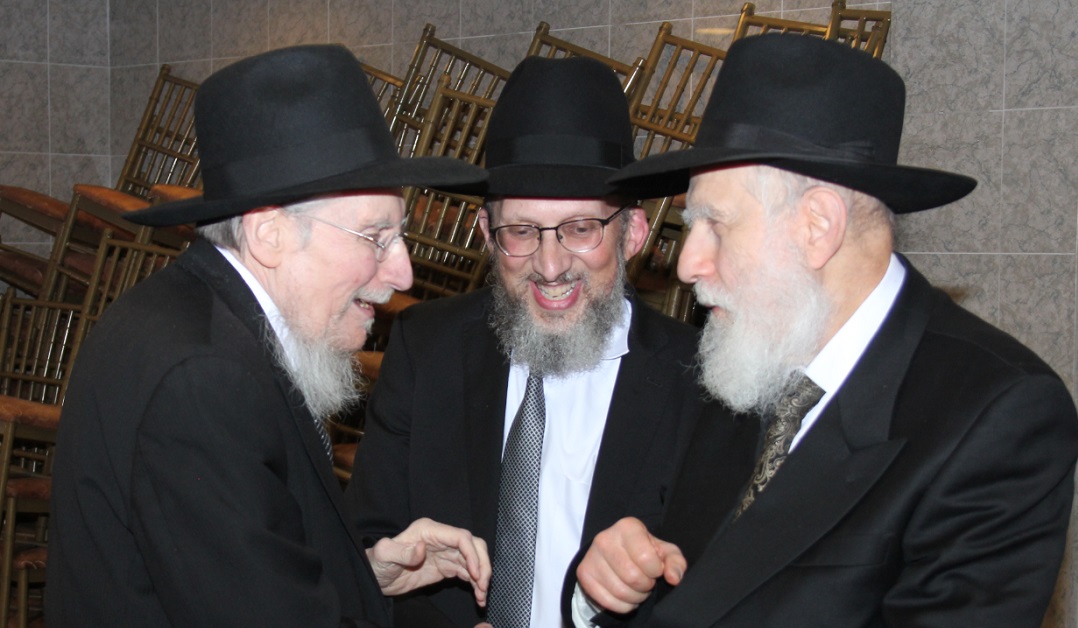 If a friend mentioned his son needed a chavrusa, Rabbi Fendel would drive across town to learn with the boy himself. An acquaintance required an insulin pump and his insurance didn’t cover it. Rabbi Fendel raised the money. He was informed of a child who was not accepted into any yeshiva due to remedial services that the parents could not afford. Rabbi Fendel hired a tutor for the child and assured the school that he would be responsible should any issues arise. He attended, b’simchah, the simchah of every person that invited him, posting invitations on the refrigerator so he wouldn’t forget.

Reb Zalman had a relationship with all types of people: university-educated, people with no secular education, baalei teshuvah, chassidish, yeshivish, converts. He spoke to each person according to that person’s interests and style of communication, appreciating them all.

Mrs. Fendel shares: “I envision my husband the way he was on Simchas Torah holding the Torah he so passionately loved and singing Ashreinu mah tov chelkeinu. I feel like it’s now our turn to say how lucky my children and I were to have such a chelek — u’mah naim goraleinu — and how pleasant was our lot — u’mah yafah yerushaseinu, how beautiful is our inheritance — from our husband and father, Rav Zalman Hillel Fendel ztz”l. 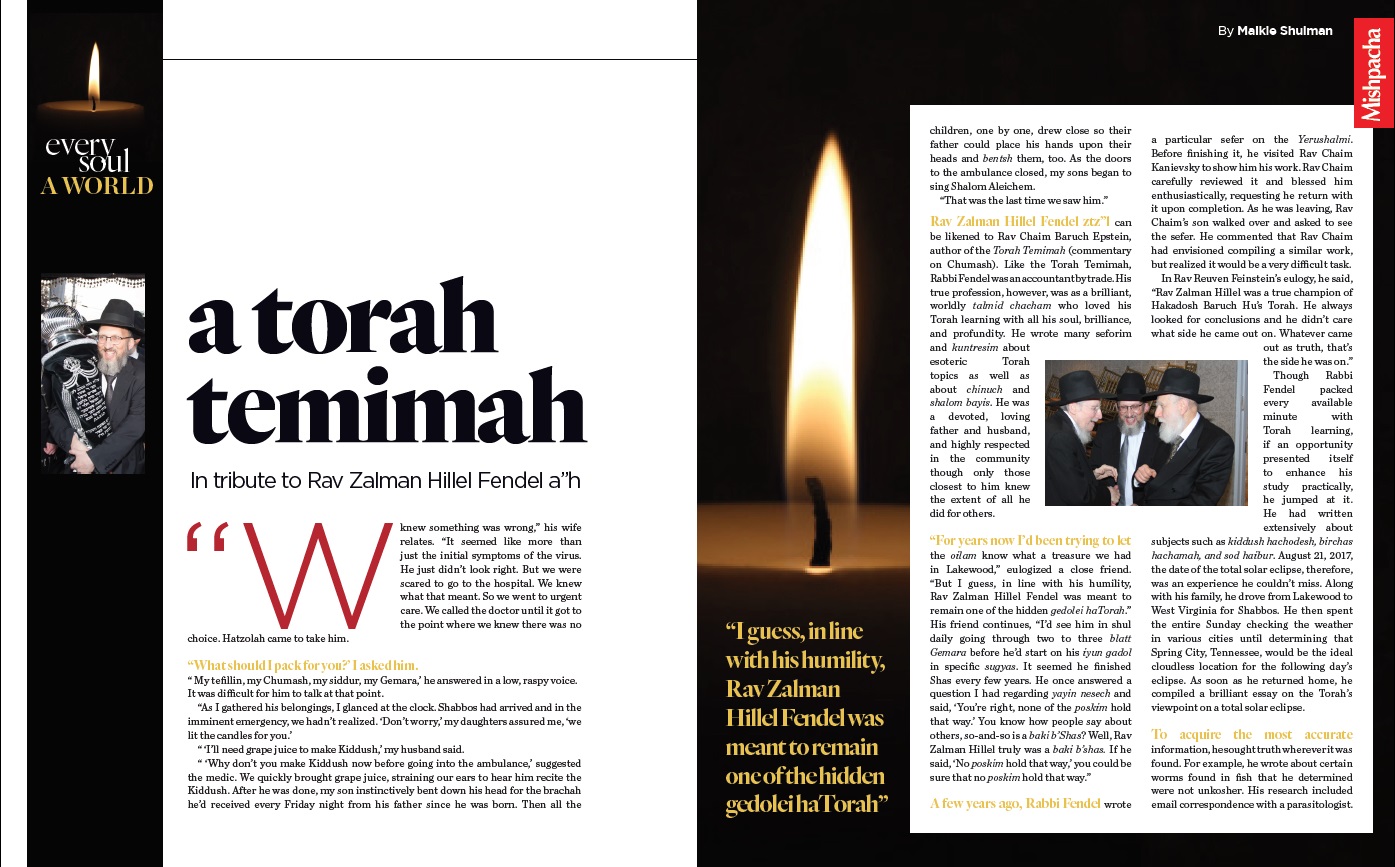 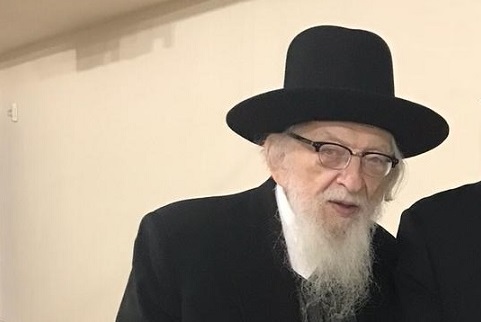 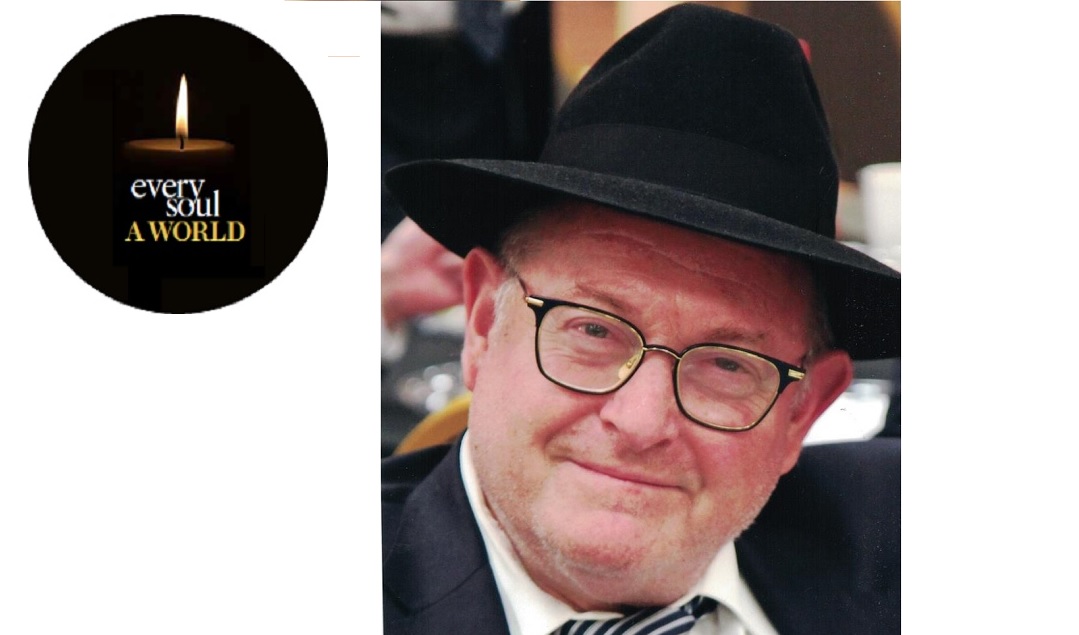 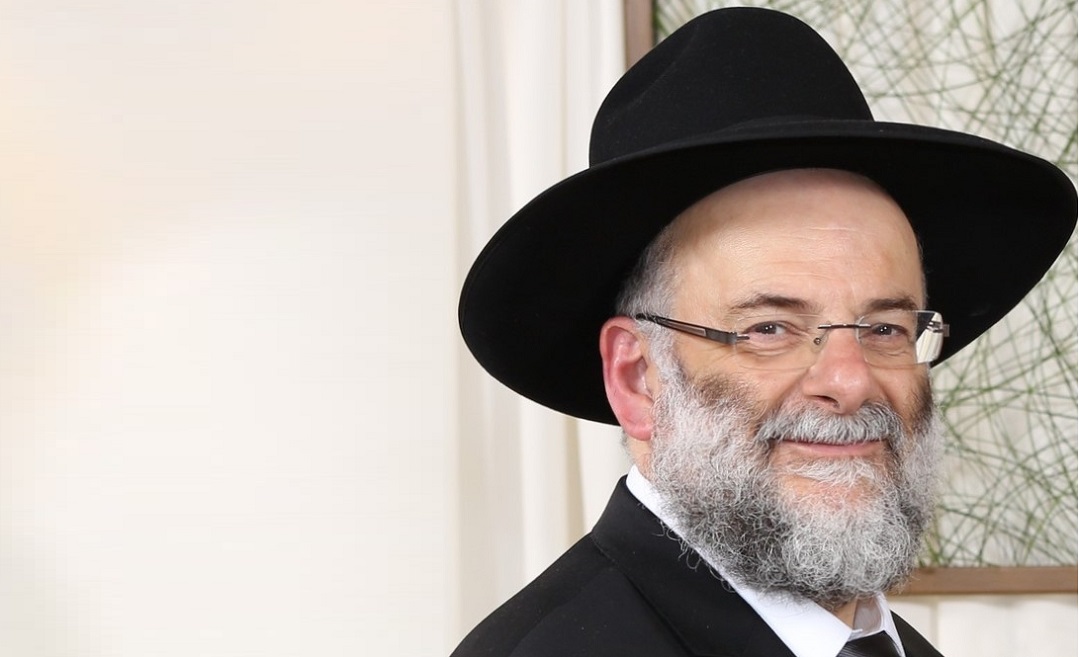 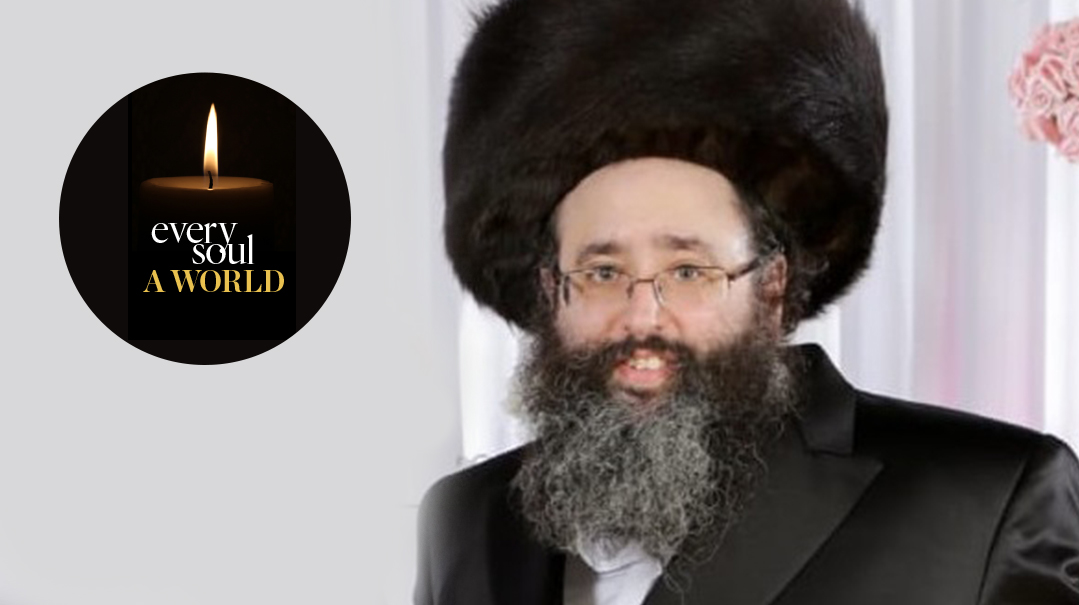 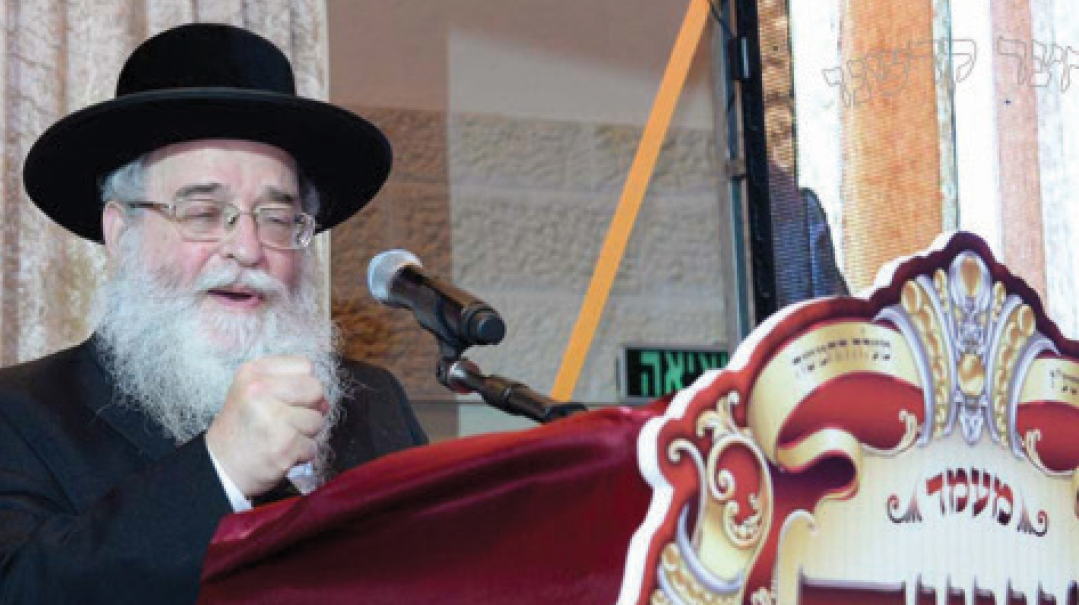