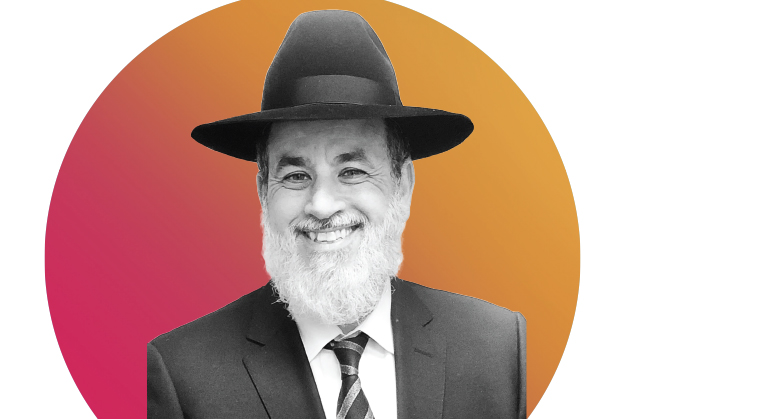 His camp’s favorite musical choices, and some of his own

Music is an integral part of the camp experience, the backdrop of summers both past and present. As Rabbi Armo Kuessous returns to Camp Romimu this summer for his 29th season as Head Counselor, he shares some of his camp’s favorite musical choices, and some of his own.

A song that always works to get everyone up and singing

“Ahalelah, Ahalelah Elokai” always gets everyone going. [The song was composed by Yaakov Yosef Buksbaum of Skver, and released as a single by Ahrele Samet.]

Shlomo Katz’s “Yismechu — Shabbos Kodesh” is very big, very geshmak. Each Shabbos, we have about 600 people, which includes just four of our six divisions and their staff, seated in our very large dining room. We divide that room into quarters according to division, with one person in the middle leading the zemiros, and of course each section tries to outsing the others with this song.

An English song that strikes a special chord

It has to be Shwekey’s “Mama Rochel.” The words move me right back to where we belong.

What’s your all-time favorite album and why?

I would say the first three Dveykus albums of the 1970s and ‘80s. The music is relaxing, but beyond that, it’s very soulful, with a lot of taam. Every song makes you feel connected to Hashem, and inspires you to serve Him with a meaningful purpose.

There’s a gorgeous song on Shalsheles Volume 1: “Ekra L’Elokim Elyon…” It’s from Tehillim 57. Actually, Shalsheles has a knack for choosing beautiful pesukim you want to look up and understand.

A song that takes me back to yeshivah days

I was in yeshivah in Scranton, Pennsylvania, back in the day, and the soulful Carlebach niggunim like “Mimkomcha,” for example, take me back there. '

After all these years, the camp’s all-time favorite

That’s a tough call, because there are always new popular songs coming out. But a song like “Tov Lehodos” has been around for a very long time, and everyone still loves it.

Words that get me every time, no matter which tune

Well, that depends what kind of song you need — fast or slow, according to the theme. We used to use Fried’s “Vezakeinu Lekabel Shabbosos” for a theme song. Today, Simcha Leiner has some great slow tunes that are very user-friendly, and if you need a fast song, there are a lot of new chassidish upbeat songs that young people really connect to.

I spent 17 summers as a camper and eventually head staff in Camp Agudah, Toronto. Back in the early days there, we were always singing “Shmelkie’s Niggun” from Ohr Chodosh, written by Rav Shmuel Brazil. We sang it for Shabbos zemiros too. On one unforgettable Shabbos, out there in Port Carling, Ontario, the lights went out during the Shabbos seudah. It was pouring rain, with crackling thunder and flashing lightning, and it felt like we were singing that niggun forever… until the lights went back on.

A song I consider underrated...

I happen to love Yehuda Green’s “Nishmas.” Stunning song, but not so widely sung.

The song that’s too complicated for me to sing, but I still love hearing

Avraham Fried’s “Tanya.” A few summers ago, we had Avraham Fried in Camp Romimu for a concert. Of course I made my request, and he sang it beautifully — not everyone can hit those notes the way he does.

What’s your prediction for the hottest camp song this summer?

My nephew, Uri Davidi, came out with a great new album, Muchanim. I think the title song, “Muchanim,” about Mashiach knocking at the door, is going to be huge. 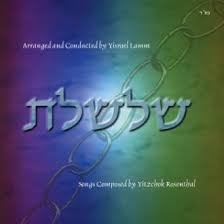