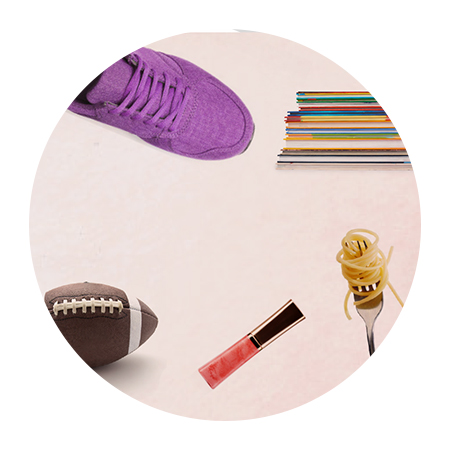 Chaim was slouching in the passenger seat, slack-faced, looking deliberately bored. But apparently boredom was no obstacle to his willingness to pick up a steak sandwich and fries with me. Oozing sandwich in hand, I took a deep breath and sent a quick prayer upward.

“So, I was putting away your laundry, and my hands kinda brushed up against a nice wad of cash and some papers. Can you tell me about them?” I davened that my words and tone came across as I intended, light and curious. Teens are so tricky.

Chaim looked at me, head tilted, appraising me. Please Hashem, let him trust me.

“Name, rank, and serial number. That’s all I’m obligated to tell you.” He fiddled with the sandwich wrappings.

He is so my son. I chuckled. “Last I checked, that’s if you’re captured. I’m on your side, buddy.”

Chaim’s face softened. “Check and mate.” He sounded relieved, or maybe I was just hoping he felt that way.

I did the waiting thing, let him talk first. But he was in no rush. I lost patience after three minutes. “Nu, what’s going on?”

Chaim fidgeted with his tzitzis, twirling and untwirling them around his finger.

“I have a side business in Yeshiva. It really picked up after I was kicked out of the dorm.”

Welcome back, pit in my stomach. Chaim stuffed a few fries in his mouth.

Chaim swallowed. “Nothing major, the yeshiva doesn’t let boys get packages to the dorm, they have to go through the front office and the secretary goes through them and it takes so long. So people order stuff to our house and I bring it to yeshiva for them. I charge a small fee.”

“Small fee? There was a lot of money there, and I haven’t noticed that many packages around the house.”

Chaim spread his arms out in a “search me” gesture.

“I’m also like, what’s it called, like a middleman. Guys want stuff, but they can’t get out of the dorm or hitch or they’re stam lazy, so I get it for them.”

“That’s still not adding up to all that money,”

“I also take orders, sometimes it’s sushi, or danishes, and charge for coordinating. I also started just ordering stuff that I sell on the spot. Some places give me discounted rates for big orders. Or if there’s a sale on Gold Toe socks, I’ll buy a bunch and sell them in Yeshiva.”

A real entrepreneur. How did I not know any of this? “Wow, impressive.”

Wrong. I pivoted. “How long have you been doing this?

“I started after Pesach last year, I took over from a guy who was graduating, but I’m much bigger.”

Chaim’s arms moved fast, his voice was animated, he was alive like I hadn’t seen him in a long time. This was not going to end well. But if this had started so long ago, why had he suddenly started acting out?

“But—” I started. Chaim’s face fell. “Never mind.” I waved away my own words with my hand. I smiled at Chaim, he returned a real smile and took another bite of his sandwich.

Wow. These baby gear stores are something else. If they’d had all this when I had my babies I could’ve been a super mom.

I glanced at Leah. We’d been a bit off lately. Maybe the quality time—and a gift—would work magic. I had the money from my speaking engagement to play with.

Leah was examining two different pacifier packages. “Aren’t these the cutest?” She shoved a package in my face.

I looked at the package. “So old fashioned looking.”

I shrugged, I never figured out the difference between old fashioned and vintage. I flipped the package over and noticed the price. Fifteen bucks for two pacifiers?! Say nothing, Chana.

“So you want one of these—” I looked at the package, “Bib pacifiers?” Seriously, they couldn’t come up with a better name?

Leah shrugged. “Yeah, I think so.” And she turned to look at the next item, some room thermostat thing.

I remember when Leah was born, I’d been so happy that the hospital gave me a pacifier and sent me home with another two. Another thing I didn’t have to buy.

I looked up — Chedva Eisen from shul was at the end of the aisle. She was expecting too. I waved and offered an enthusiastic smile. “So good to see you, how are you feeling these days?” I remembered she’d missed shiurim three weeks in a row in her first trimester.

“Baruch Hashem, so much better. My doctor has me on this new nausea medication, it’s really helping.”

“So happy to hear, I was worried about you,”

Chedva blushed and smiled at me. I turned to Leah. “Let me introduce you to my daughter Leah.” His and smiles were exchanged. Leah looked tired. Chedva moved on to the next aisle just as a saleslady approached.

“Hi! How’s the Mom-to-Be doing?” I looked to Leah, who looked at the saleslady, who was looking at me. I smiled.

“We’re here for my daughter.” I pointed to Leah.

“Daughter?” The saleslady face registered shock. “I thought you two were sisters! Are you both due at the same time?” She looked at both of us. I nodded, smiling. Was Leah really not that obvious yet?

I grinned, Leah scowled. I rearranged my features to appear neutral.

“So what are you looking for?” The salesperson addressed me.

Leah shot me a look when I said pack-n-play. Was this not the right store?

“Was there anything particular you had in mind?”

I looked at Leah.

“Do you carry the Baby Brezza?” Leah asked.

Baby what? But the salesperson was nodding. “Sure, it’s right here.” We followed her to the next aisle and she pointed to a machine and started talking to me.

“This will simplify your life, take away the small stress points of preparing a bottle for your baby.”

Why was she talking to me? I looked at Leah. Her eyes were dark again.

“Exactly!” The salesperson smiled. Leah was studiously looking everywhere but at me.

“Do you want to get it?” I asked, hoping Leah would give me a chance to give to her. I gave a sidelong glance at the price. Close to three hundred?

“I’m thinking about it.”

“Is there anything else I can show you?” the salesperson asked me. Leah had practically turned her back on the two of us,

“Let me know if I can help you with anything.” She smiled with too many teeth and returned to the front of the store.

“Funny how she thought we were sisters!” I said. Leah started rolling her eyes, then stopped.

“She barely looked at me, like I’m a baby and you’re the customer, but I’m the one who’s shopping here, you couldn’t care less about all this stuff. All you need is a pacifier, some diapers, and you’re good to go.”

“Probably true.” I tried smiling, because I thought it was cute and maybe funny, but Leah was just mad.

“And this shul person, Ma, c’mon, you sounded more concerned about her than me. Her, you ask her how she’s doing, say you’re worried about her. Me, you kvetch about your varicose veins.”

What was she saying? I was confused. I didn’t say anything, because at that moment nothing felt safe or right.

“I just remembered I didn’t take anything out to defrost for supper, I should head home,” Leah non sequitur-ed me.

“Wait, I thought you were eating at my house, and Pinny was gonna eat supper in yeshiva.”

“I’m going home,” Leah said, it sounded almost like she was affirming it to herself.

So that’s where we were at. Now what?