I despair over the future of my native land. Throughout history, the great empires have fallen primarily through internal rot, and only as a consequence of that rot to external enemies. No matter how powerful a country is, economically or militarily, it will not long survive — certainly not as a great power — if its elites have lost all belief in that country and its citizens feel primarily loathing for one another, without any common bond.

Unity has been the theme du jour at the Democratic convention. And the convention speakers are certainly right that President Trump lacks the ability to speak to “the better angels of our nature,” in the manner of Abraham Lincoln, and shows few signs of trying. But even if he could, it is far from clear that he would have an audience.

For all the President’s manifest flaws, his election in 2016 remains the result of a bitterly divided country — in which his most ardent supporters felt both disrespected and disregarded by national elites — rather than the cause of national division. Nor is it clear that disdain of the elites for the “deplorables” has waned over the past four years. Certainly not, if the reaction of Democratic governors to the worries of those providers and workers in the service economy facing the permanent loss of their businesses and jobs during coronavirus lockdowns is any indication.

A large and diverse community can only join together for common purposes on the basis of some shared values — first and foremost, that of respect for the right of others to think differently from oneself and tolerance for divergent views. Such tolerance starts with a recognition of one’s own limitations and the unlikelihood that truth rests exclusively with one person or group.

That tolerance is today is largely absent from university campuses, where a dangerous orthodoxy prevails, and divergent views are likely to be shouted down and even sanctioned. The mostly white, college-educated hooligans of Antifa are but the most extreme example of intolerance and contempt for anyone who thinks differently. A black cop in Portland commented on the irony of an “anti-racist,” white Antifa member expressing her loathing in explicitly racial terms: “You have the fattest nose I’ve ever seen.”

When elite doctrine pronounces a plurality of Americans to be bearers of original sin — i.e., their own white skin, a stain that can only be meliorated but never eliminated — and older, traditional liberals, in the form of university presidents, all jump in unison on the same bandwagon, the basic respect necessary for civic harmony is lacking.

THE SITUATION with respect to national unity is far different in Israel, which is one reason I think that aliyah should be on the agenda of many more American Jews. (More about that in weeks to come.) A higher percentage of Israelis say they would be willing to die to protect their country than the citizens of any other Western nation, and they prove it in action. Israeli Jews are also at the top of the ladder in terms of pride in their country.

Army service provides a common experience lacking in America. And for the last 15 years, the great issue that once bitterly divided Israelis — the “peace process” — has become a dead letter. Witness the now almost defunct Labor Party. The major issue dividing us today is: How tired are you of Prime Minister Netanyahu?

Last week, a first-term MK, Tehilla Friedman of Blue and White, gave an impassioned maiden speech in the Knesset, in which she likened the current situation to the period before the destruction of the Second Temple, when the divisions between the zealots and the traditionalists, led by Rabi Yochanan ben Zakkai, led to defeat at the hands of the Romans and the loss of national sovereignty. She decried the tendency of many in Israel today to hope that they might once and for all defeat their political opponents and remove them from the map. And she called for recognition that such a thing will not happen, and that we all have to find a way to live together.

But the mere fact that her speech garnered 1.5 million views, and was praised by those across the political spectrum, is itself a cause of optimism and an expression of the desire of the overwhelming majority of Israelis to live in accommodation with one another.

THAT SITUATION is, at least in part, due to the efforts of a great woman who passed away last week, Ruth Gavison. For decades she was recognized as one of Israel’s greatest legal minds. A secular Jew, who founded the Association for Civil Rights in Israel, she was insistent on the necessity of preserving Israel as a Jewish state. In the international realm, she was the preeminent defender of the legitimacy of Israel as a Jewish and democratic state.

Together with Rabbi Yaacov Meidan, rosh yeshivah of Yeshivat Har Etzion, she drafted a covenant for accommodation between secular and religious Jews. One need not endorse the covenant to respect the impulse behind it. As she wrote to Rabbi Meidan, “May our core differences not jeopardize our ability to promote what is shared between us.”

But perhaps her greatest contribution to Israeli society was to speak out as one of the most forceful critics — and for many years, nearly the only one — of the Israeli Supreme Court’s unprecedented power grab under former Court President Aharon Barak. For years, every criticism of the Barak Court was deflected as an attack on the rule of law. In a lengthy interview in Ha’aretz in late 1999, however, Gavison reframed the issue as an attack by the Supreme Court on Israeli democracy.

She accused Israel’s traditional elites of having “aggrandize[d] the power of the Court and use[d] in order to curb or restrain the process of democratization [of Israeli society].” For his part, Barak explicitly wrote that a judge should be guided by the values of “the enlightened population” in whose midst he dwelt.

Gavison characterized the judicial selection process, controlled by three sitting members of the Court, as turning the Court into a self-perpetuating sect of like-minded individuals from the same social strata.

Above all, Gavison turned her fire on the Court’s assumption of the role of arbiter of all social norms, to a degree unprecedented in the world. “I do not think it is right for the Court to make use of its power to give priority to the values of one group in society at the expense of values held by other groups.”

“Precisely when the Court purports to be a supreme moral authority, it undercuts its legitimacy as a supreme judicial authority... There are many people in this country for whom Rabbi Ovadiah Yosef is the supreme moral authority.... The Court should not ignore them. The Court should not compete with Rabbi Ovadiah Yosef for their hearts.... It should make clear that it functions in a different space.”

If I had to pinpoint the beginning of the very gradual reversal of Barak’s judicial revolution, I would date it to his fierce and ultimately successful resistance to Professor Gavison’s appointment to the Supreme Court in 2005. She had an “agenda,” he claimed — as if he did not.

But by rejecting the only jurist of an international stature comparable to his own from a seat on the Supreme Court, Barak made it clear for all to see that the issue was not the rule of law, but rule of the judge.

In her determined battle against the rule of Israeli society by a narrow elite, Professor Gavison helped foster a democratic ethic, to help all citizens feel they have a role, without their values being devalued and scorned. In so doing, she made a lasting contribution to the strength of Israel’s body politic.

Originally featured in Mishpacha, Issue 825. Yonoson Rosenblum may be contacted directly at rosenblum@mishpacha.com 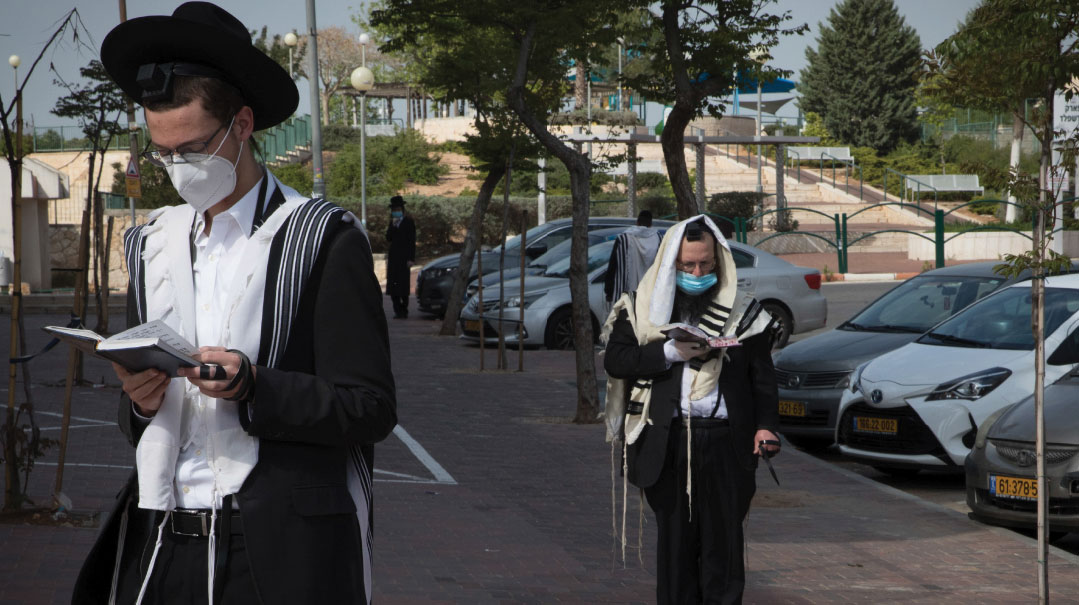