Everyone’s in place — the plaintiff, defendant, the jury, court reporter, court clerk. It’s time for the court proceedings to begin 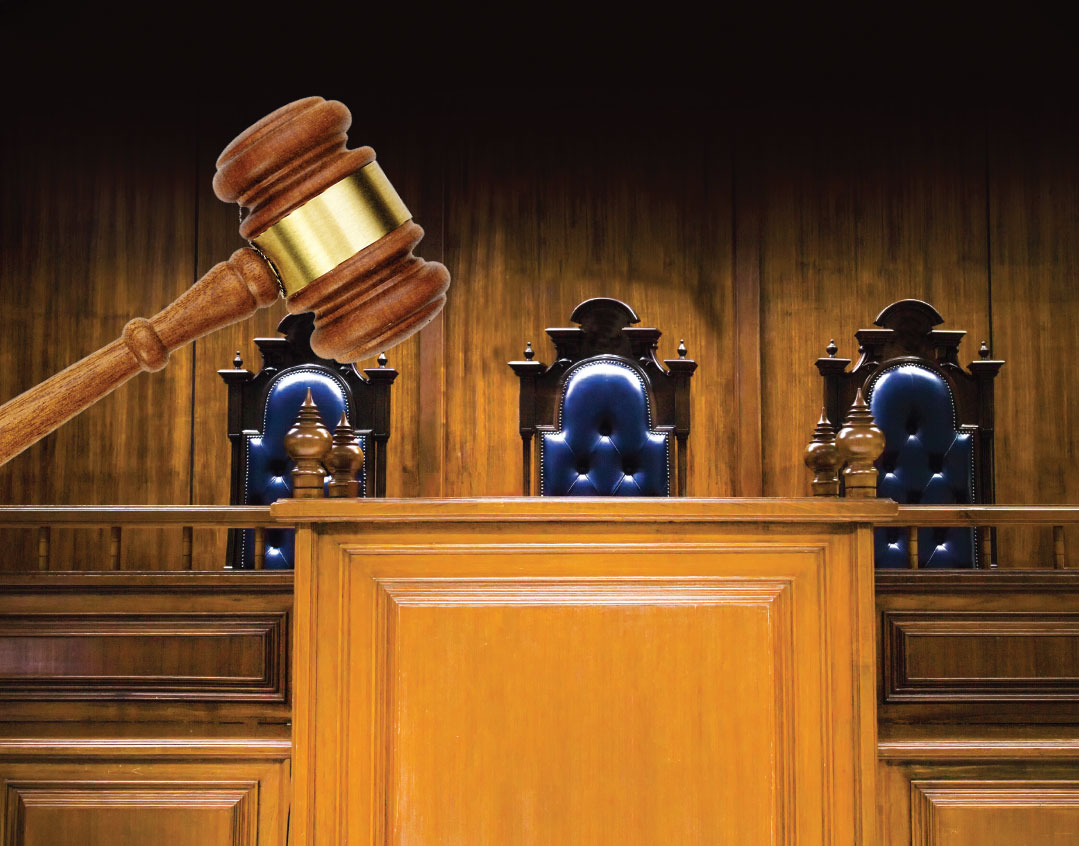 There’s a shuffle as all the people in the room get to their feet and look expectantly at the raised table (called “the bench”) at the front. A door opens from a room behind it (called “the judge’s chambers”). The judge sweeps out, bedecked in a black robe. The air is solemn.

Everyone’s in place — the plaintiff, defendant, the jury, court reporter, court clerk. It’s time for the court proceedings to begin.

The Job of a Judge

So what does a judge actually do? A judge runs a court of law — a place where two people in an argument can ask for someone who knows the law to decide who’s right. A courtroom is also a place where someone accused of breaking the law will be found either innocent or guilty.

In the United States, judges in smaller courts often rule over cases alone, but in criminal and civil courts, there is both a judge and a jury. A jury is a group of six or 12 randomly selected American citizens, who hopefully can decide a case without showing favor to one side. In a criminal case, the jury has to be in complete agreement to find a person guilty.

Among other things, the judge decides when a trial will come to court and what evidence the jury should hear. Judges have to listen to all the sides of the court case, consider the testimony of the witnesses and their evidence, and make sure the law is followed. They also decide on sentencing (basically a fancy word for “punishment”) for those found guilty of breaking the law. Most of all, they have to be impartial and fair.

What if someone doesn’t like the judge’s ruling? They can appeal it, and the case may go to a higher court called the appeals court. If someone doesn’t like the appeals court ruling, they can appeal it again and take it to the state supreme court, and from there, even up to the federal Supreme Court, which is the highest court in the United States. When the Supreme Court justices decide, that is the end of it.

Want to Be a Judge?

While judging and scales makes us think of Rosh Hashanah, a hammer might make us think of Succos! But this little hammer is certainly not building anything. Known as a gavel, it’s just a ceremonial wooden hammer that judges often use to call the courtroom to attention by striking it on a small piece of a wood called a sound block.

Despite everyone knowing that judges use gavels, most judges actually prefer not to use them too often — believing overuse will diminish its power. Some judges in other countries, like Australia, don’t use them at all. How do they keep order? A pointed glare does it!

Judges can also punish people for calling out or being disrespectful during a trial. This is called “being held in contempt of court.” Punishments include jail time or fines… and that apparently works even better than the gavel.