You’re locked inside, and you have 60 minutes to get out. Will you find the clues that will unlock the door — and key into your own heritage? The Avenue M shopping district is a Flatbush hub, filled with kosher eateries, bakeries, and a requisite Judaica outlet. Now there’s a new store in town, but it’s not another upscale café or bookseller. It’s an escape room, and it’s actually kosher.

Escape rooms are all the rage these days, with close to 200 of them located in the New York City area alone. If you don’t know what an escape room is, it’s best described as a team-based challenge where you try to find hidden objects, discover clues, solve puzzles, and accomplish tasks, all in 60 minutes or less.

Oh yes, and they lock you inside a room. Your mission is to try to get out.

I’m invited to try the new escape room on Avenue M and I’m a little wary because the idea of spending an hour inside a locked room seems a little creepy to me. But I bring along my team, a group of clever and creative friends who know a thing or two about escape rooms. If anybody can bust out of a room, these ladies can.

This escape room is called “One Before Escape,” which seems like an odd name but more about that later. When I arrive, I meet Gamliel Beyderman, the brains behind this venture. Originally a data scientist, Beyderman, who was born in Moldova, recognized an opportunity to create a recreational experience that would be not only challenging but also educational.

“I first discovered the concept of an escape room after my son visited one with his yeshivah,” he says. “He was so excited about it that he built his own escape room in the basement of our home.”

In turn, Beyderman was fascinated by his son’s enthusiasm. And that’s when he realized the powerful attraction of escape rooms, especially to the younger generation. “The environment,” he says, “is very interactive. You are experimenting with so many different devices and puzzles and options, and you are opening your mind to the unknown.”

This got him thinking that perhaps an escape room can also be an educational tool. He wondered if he could use the concept to introduce a uniquely Jewish concept. “So I took this interactive medium and I used it to introduce this arcane and esoteric idea of rabbinic genealogy,” he says. Thus was born One Before Escape.

Who’s the rabbi in the family?

Beyderman is passionate about the subject of Jewish genealogy. He is convinced that if Ashkenazic Jews could trace their roots back far enough, many would be surprised to discover that they have illustrious yichus. But most Ashkenazim would have difficulty researching their ancestry because the Nazis destroyed so much historic evidence of Jewish life in Eastern Europe.

Through his own research, Beyderman discovered the remarkable story of Dr. Jeffrey Mark Paull. Dr. Paull is a secular Jew living in California who shares Beyderman’s passion for genealogy. He began his own personal trek of searching for his roots while preparing a video for his son’s bar mitzvah. After years of painstaking and meticulous research he discovered that he is a direct descendant of the famed Shpoler Zeide, an 18th-century chassidic spiritual leader who lived in the Ukraine.

What does all of this have to do with the escape room on Avenue M?

Dr. Paull documented his research in A Noble Heritage, an impressive volume that sits on Beyderman’s desk on Avenue M. Beyderman read the book and was intrigued by the doctor’s story, a rare attempt to successfully track an Ashkenazic family’s history back to an illustrious rabbi. “It’s a genealogical success story,” he says.

Thus did he decide to use the Paull family tree as the subject of his Jewish-themed escape room.

Although he had never met Dr. Paull, Beyderman received permission to use his story. He then hired an escape-room design team to build a room around the story of five generations of the Paull (formerly Polonsky) family.

We can’t divulge the details of One Before Escape, but we can tell you that it’s filled with intrigue and mystery, clever innuendos, thrills, and lots of “aha!” moments. The experience has plenty of surprises, but you’ll need to use your brains and your imagination to solve the riddles and reveal the secrets.

There are actually two separate rooms in this escape experience, one leading directly into the other. Room one is designed to look like an immigration station at Ellis Island at the time that the Polonsky family arrived in America. Our goal in Room One is to fill the gaps in their family tree, one generation at a time.

In order to do this, we need to examine and analyze some historic documents, suitcases filled with clothing, building blocks, a desk, a lamp, a Japanese puzzle box, a series of keys and locks and combinations, and other random items. There’s a countdown clock prominently displayed on the wall that reminds us exactly how much time has passed so we’ll know when we are lingering too long on any one item.

I’m glad I have my friends along because there’s a lot going on in this room and I’m feeling overwhelmed. Chaya and Perel are seasoned escape artists, and they jump in immediately, delegating tasks, searching drawers, cracking codes. Chaya is reviewing documents filled with shidduch information (of all things), and adding up scores. Perel is attempting to crack the complex code on the puzzle box. And although I was originally ambivalent, I can’t help but be swept up in the thrill of the search. I pore through the suitcases, searching for random numbers or letters that are meaningful. Meanwhile, Beyderman is sharing hints via a video monitor when we get stuck.

Miraculously we (okay, they) manage to crack the code and open the lock to the door, but not before a full 38 minutes have elapsed, which gives us precious little time to solve the riddles of Room Two. But we dare not lose focus on our goal. We are determined to continue, especially when we discover that the famous legend of the Shpoler Zeide will come to life.

The original escape rooms were inspired by video games based on a similar concept. The first actual escape room was created in Japan in 2007 and by 2012, the concept had reached America. By September 2017, there were over 8,000 escape rooms worldwide. They are especially popular among high school students and millennials who enjoy an interactive and experiential activity that challenges their brain power. (Beyderman says his fastest group was a class of high school girls from Williamsburg.)

Escape rooms are a fun activity for families, but generally only suitable for children 12 and older. That said, an interested nine-year-old can play if accompanied by adults.

Born in the Ukraine in 1724, the Shpoler Zeide was a disciple of the Baal Shem Tov and the subject of many chassidic legends. He is well-known for his sacrifices on behalf of his people, specifically in pidyon shevuyim, and would go to great lengths to ensure that Jewish captives were released from prison.

The story of the “Bear Dance” is probably most famous among the Shpoler Zeide tales. According to legend, the local poritz at the time would determine whether a Jew was guilty or innocent of a crime in a cruel and bizarre manner. The Jew would be forced to dress in a bear costume while attempting to outdance a Cossack soldier. If the poor Jew fell first, he was considered guilty.

The Shpoler Zeide once managed to trade places with a Jewish prisoner and miraculously outlasted the Cossack in a dance that lasted many hours. The Jew was saved and the story remains a popular tale of mesirus nefesh and miraculous salvation to this very day.

There’s a musical code to unravel here: a full-sized stuffed bear, mannequin-sized figures of a Jew and a Cossack, a menorah, a video screen, an unusual table, and more. As the minutes tick away, Chaya unravels the musical code while the rest of us inspect the table, the portrait on the wall, and the bookcase for clues. As we’re running late, Beyderman (thankfully!) offers a few helpful hints. Somehow we figure it out. The lights flicker, the door clicks open, and we are out!

We emerge victorious from our escape room experience and, to be honest, we are quite pleased with ourselves. But Beyderman reminds us that he’s built this room with an ulterior motive. “An escape room captures the imagination, so I realized that it can be a powerful tool to explain complex ideas through play,” he says. “When the brain is immersed in its mission to escape the room it’s open to new concepts that it might otherwise resist.”

Beyderman believes that over half of Ashkenazic Jews are descendants of rabbinic families, just like Dr. Paull. And if we would recognize our illustrious heritage, he says, perhaps we would live up to their standards and become better people.

Don’t get locked In

Do escape rooms intimidate you? Are you worried that you’ll fail? Relax. Experts offer tips on how to successfully navigate them:

Think simple People tend to overanalyze the clues that they encounter in an escape room and inevitably get stuck searching for an answer that is right in front of them.

Less is more Anywhere between two and ten can form a group, but serious escapers recommend keeping your group small. The smaller the group, the easier it will be to communicate.

Coordinate the search: Upon entering the room, split up your team and assign different people to search for different clues. Typical places for clues include under tables, beneath rugs, in pockets of clothing, or hollowed-out books.

Organize When clues are found, place them all in one central location. Never walk around with a clue in your hand or your pocket. Put it where everyone else can see it.

Project manager Appoint a member of your team to announce when each clue is found. That person will notify the rest of the team for optimum coordination.

Key is jammed? Lock won’t open? Have at least two people try that combination. Occasionally, it will work better when calmer hands give it a try.

Don’t be proud Your guide is your friend and it’s okay to ask him for helpful clues or hints. He knows all the answers and can assist you in your search.

Escape rooms are really hard, especially if you’re new to the concept. If you don’t manage to get out of the room in time, that’s okay. The important thing is that you had fun and worked as part of a team.

This brings us to our original question of why Beyderman calls his Escape Room “One Before.”

“There’s a famous saying,” Beyderman says, “that a long row of zeros is nothing, unless you put the number one before it. That’s when it suddenly becomes a significant number. So too, when we live up to the standards of our ancestors, our own number one will add value to everything that came before it.” 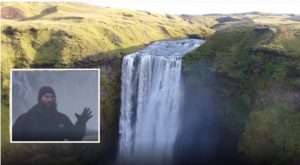 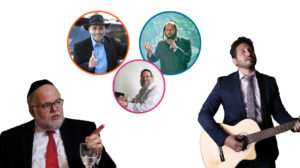 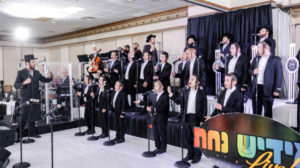 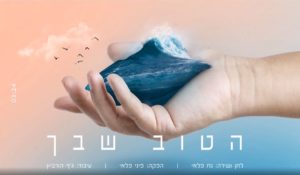 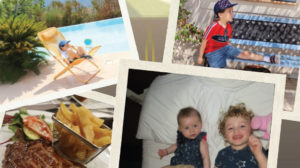 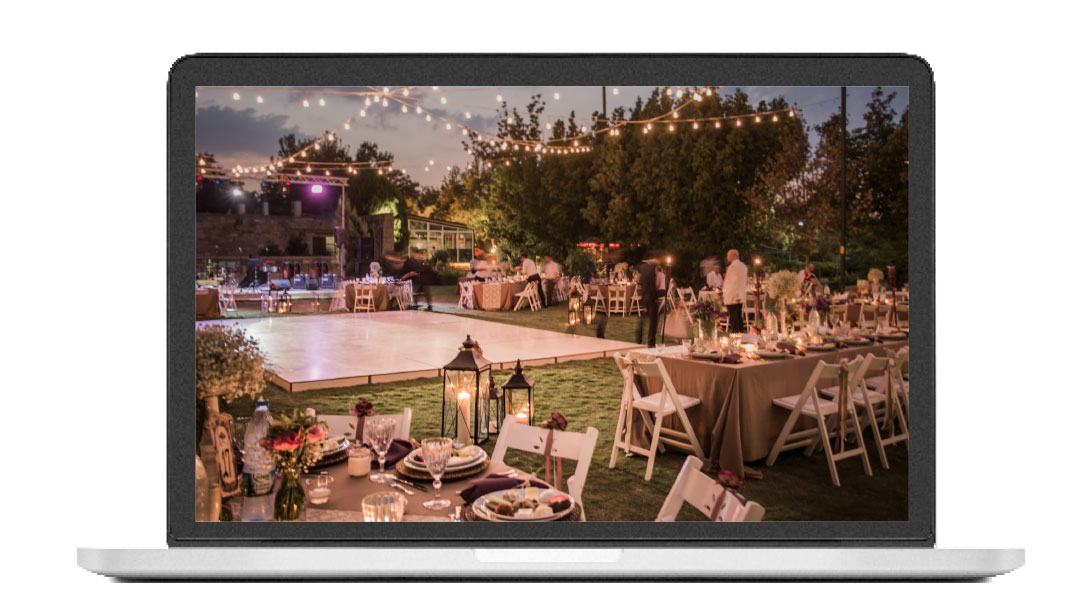 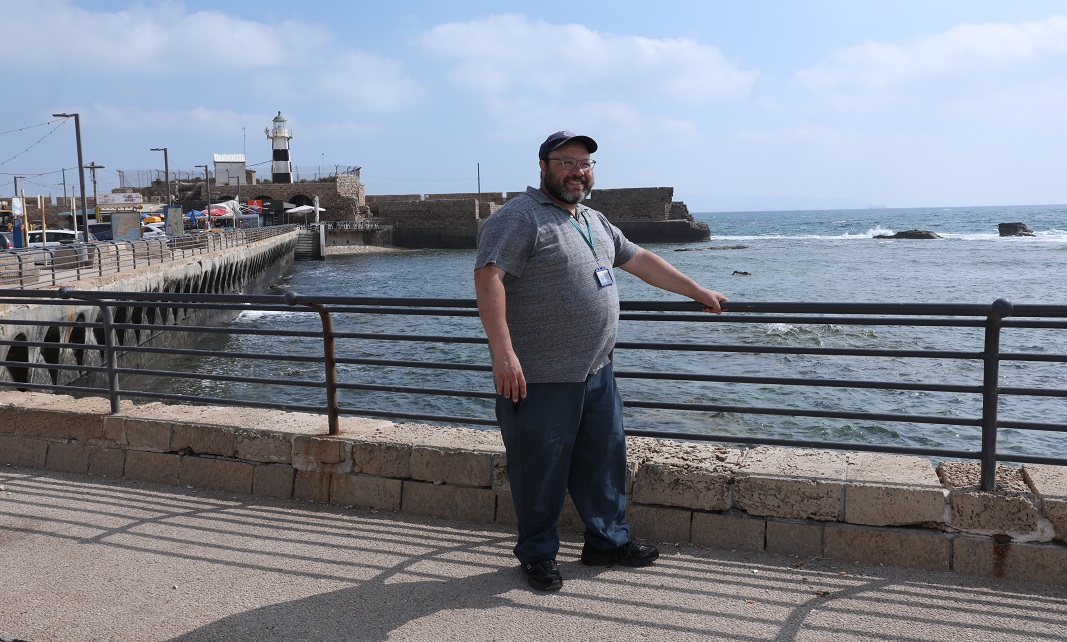 Akko might still have a reputation as a poor, rundown city, but the magic those old-time conquerors understood is still pounding on the rocks 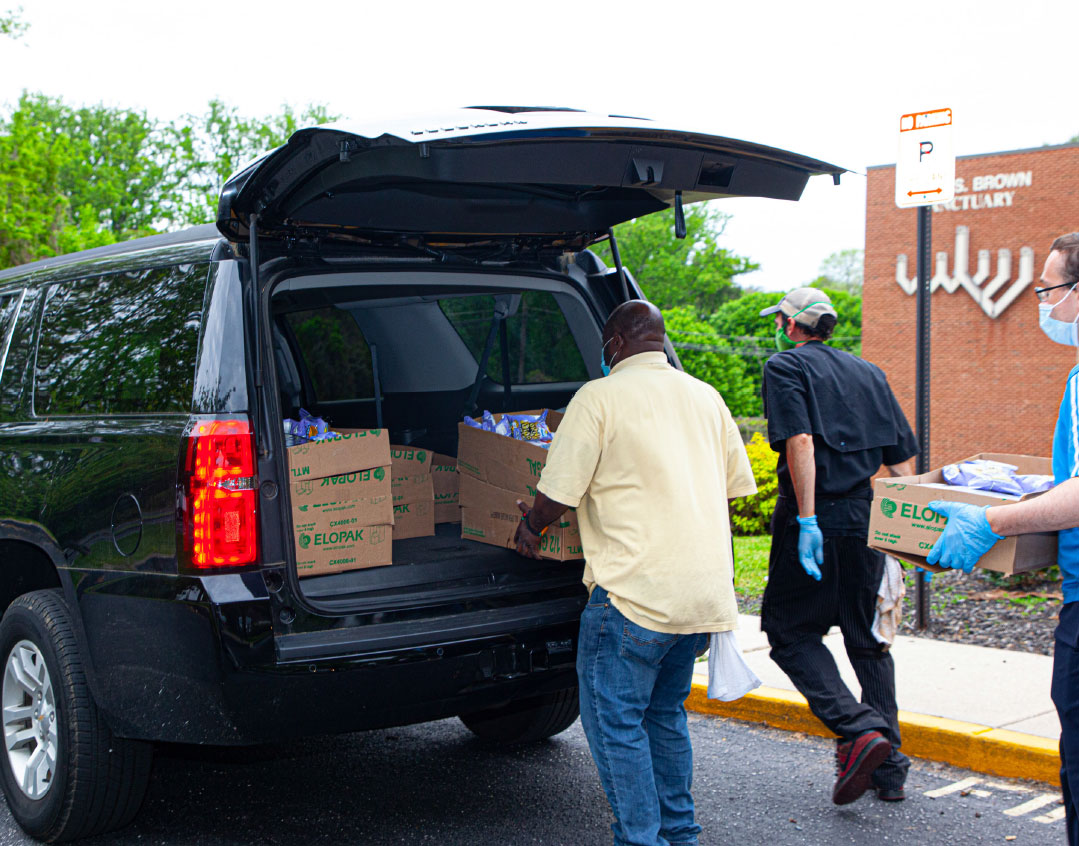 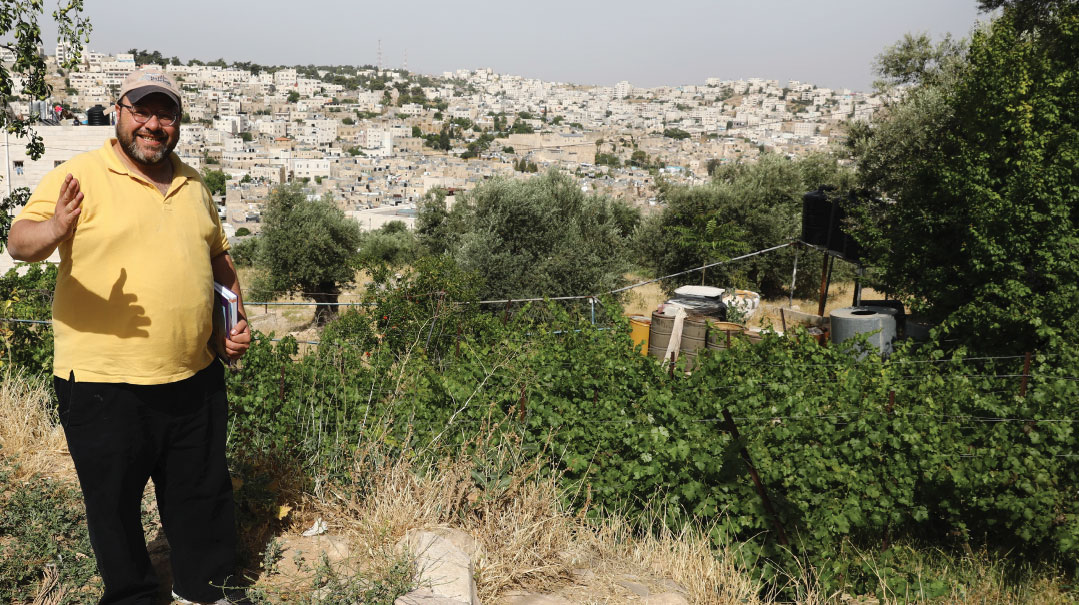 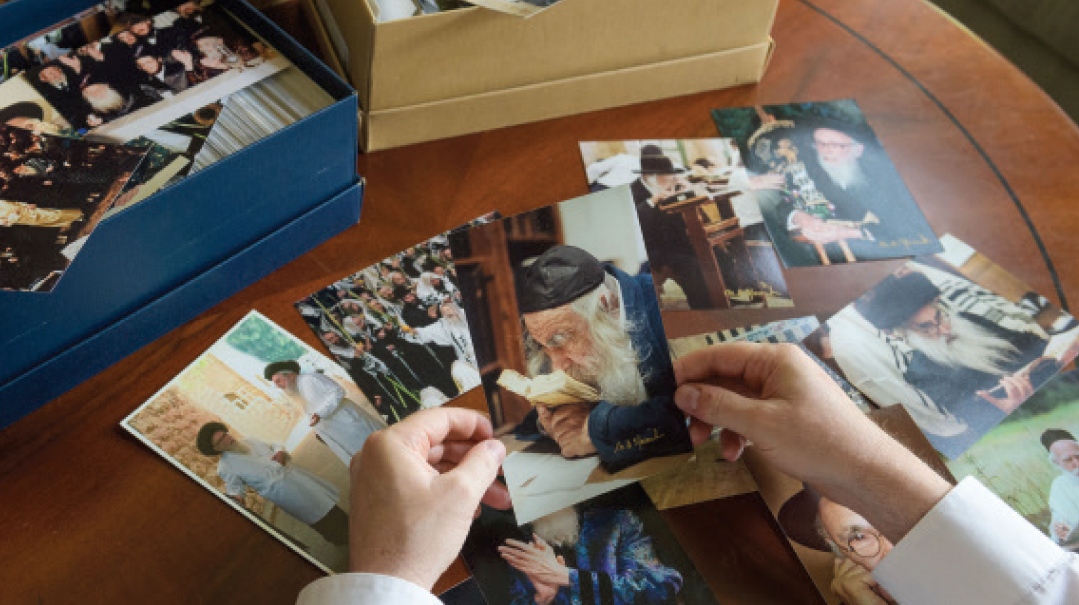 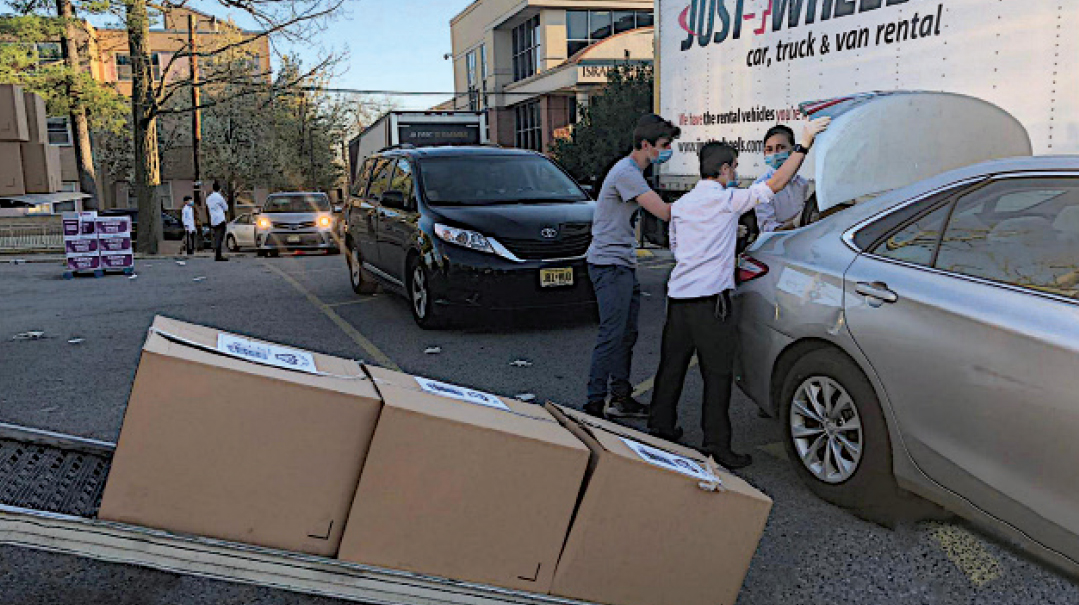