Should I be concerned that just as he flipped out one way, he could also flip the other way at some point after marriage? 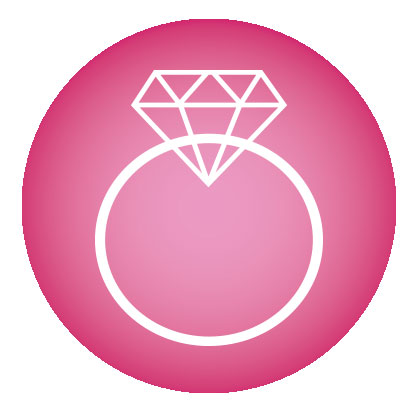 ’m going out with a serious ben Torah whom I really admire. I knew he wasn’t always as frum as he is now, but some of his stories of his escapades from his years in Israel pushed me to make a few more phone calls. And it turns out that he spent a few years doing whatever he wanted — which wasn’t good. Since everything we do and see makes an impression, how worried should I be about this? Also, should I be concerned that just as he flipped out one way, he could also flip the other way at some point after marriage?

So much to clarify, so little space. In addition to the very valid questions you raise, there are many unasked questions rearing their pokey heads, just begging to be asked.

What does “serious ben Torah” mean? One of the great disservices we engage in is polarization. Let’s not turn every “good guy who does what he’s supposed to” into “future gadol hador material.” A more honest and realistic assessment of ourselves and others is often the first step toward integrity, health, and balance.

Translation: If you look at this boy objectively you’ll probably note that he’s sometimes strong, sometimes weak, sometimes makes good choices, sometimes makes poor choices, and that this duality has remained remarkably consistent. So rather than lock him into labels, your job would be to identify the strengths and the struggles he has and see how they work for you.

Let’s say he hung with a bad crowd in Eretz Yisrael because this was his first venture out into the world from under his parents’ thumb. And then let’s say that while he was with that crowd, he drew lines for himself that he wouldn’t cross. Chances are these two pieces of information are an integral part of who he is — someone who might abuse lack of structure and someone who has internal safeguards.

Circumstances may change, but I bet those characteristics will stay pretty consistent. Check to see if you find evidence of these patterns in his new framework with the new choices he’s made. Are these patterns you can live with?

That leads us to the next area in need of clarification. What is your tolerance for human fallibility? Are you a forgiving sort? Or are you more demanding (of yourself and others) and judgmental? Either option is okay. This isn’t a true/false quiz; it’s reality. But be real. Because without respect there’s no marriage. So ask yourself: Can I see the whole person, a fallible human who has mailos and chisronos that juxtapose to create a beautiful human being, or will I forever see the marks of imperfections? Will his ghosts haunt you?

Only you can know those answers and maybe not yet. Let the process unfold. See how you feel when he tells you the stories. Is there a part of you that’s intrigued by his shenanigans or do you feel yourself losing respect for him?

It’s important to understand the root of his choices. Were they fueled by ADD, rebellion, an inability to harness impulses, anxiety, repression gone crazy in the face of freedom, unexplored trauma? These are but a few of the reasons bochurim tread a bumpy path. That and just being male teenagers. I hope I don’t get excommunicated for saying this, but some of this is very normal, and to some degree, healthy. The task of adolescence is identity formation and some traverse a windy road before they find it. (It’s actually a lifelong process, but a basic sketch is the goal of adolescence.) The key is who they become at the other end of it. Did this process lead him to greater self-awareness, to a greater clarity of what his true goals are, to a closer relationship with Hashem? Or, sadly, does he now see himself as damaged?

The answers to these questions will help you answer your question about his likeliness to do a 180 and “flip the other way.” No one can promise anyone anything about the person they marry. We’ve all heard stories that make our sheitels stand on end. But within reasonable hishtadlus parameters, if it seems that this bochur used his difficult period to learn about himself and sharpen his priorities, and if he’s instituted tangible methods to stay grounded, such as developing a kesher with a rebbi, then you have grounds to think that the changes are substantial. His personality is unlikely to have changed at its core, but his struggles now play out in a more familiar, comfortable field for you.

And for the final clarification: Define “escapades.” No question, exposure to certain things will certainly dull sensitivities and create potential issues in the future. That is subjective — how much will that bother you relative to the strengths you see in this boy? One thing I would caution strongly against is behavior that indicates an innate deficit in character. I’d be wary of poor choices that humiliate others or that show a complete lack of judgment. Yes, we believe in teshuvah. But it’s painstaking work, and we do not uproot bad character by wishing it away.

Hatzlachah with this huge decision,

Originally featured in Family First, Issue 583. Sara Eisemann, LMSW, ACSW, is a licensed social worker and a columnist for inshidduchim.com. She also lectures on topics related to relationships, personal development, and growth. She welcomes questions, comments, feedback, and interaction at inshidduchim@mishpacha.com.