After the first presidential debate, I received an email from a friend inclined to vote for President Trump. “Trump managed to make a stronger case for his personality disorder than for Biden’s mental incapacity,” he wrote.

David French, a writer of exemplary character and intellect, took up a similar theme — the baleful example set by the president during the first debate with Joe Biden in a piece entitled, “The Debate Showed the Truth: Trumpism Is Bullyism.” French accused Trump of conflating bullying — e.g., “attempts to create chaos, interruptions, and insults” — with toughness, when, in reality, it is its opposite. At every turn, Trump had missed opportunities to be “substantively tough” on Biden’s policy agenda.

Real toughness, argued French, requires “discipline, preparation, and persistence. It requires knowledge, reason, and — yes — even manners.” The Trump style is seductive because it “is simply easier than substantive toughness. It doesn’t require discipline. It doesn’t require knowledge. And it actively shuns the manners and decency that are often indispensable to the project of persuasion.”

Similar concerns were expressed in “Sinai, not Washington: An Open Letter to the Torah Community,” jointly authored by figures whom I respect greatly. The authors decried the current political climate, in which “good character and benevolent governance are devalued, contrition is seen as weakness, and humility is confused with humiliation.” They warned that even the absence of revulsion at “shameless dissembling and personal indecency acted out in public before the entire country” undermines the Torah values with which we seek to imbue our children and represent to the world. It did not take a weatherman to guess to whom they might be referring.

YET THERE IS AN ANTIDOTE to the bad example of President Trump: It is called chinuch. We must not allow ourselves to become partisans, and we must express openly our revulsion at behavior at odds with that required of us as Torah Jews.

There is, however, no antidote for the consequences of a Biden-Harris victory, especially if the Democrats take the Senate. Let’s start with “Jewish concerns.”

Biden will return posthaste to the disastrous Iran deal and the pro-Tehran policy of the Obama-Biden administration. That deal accepted an Iranian nuclear weapon at the end of ten years (now six). As one of Iran’s so-called “moderate” presidents, Akbar Hashemi Rafsanjani, once reminded us: One nuclear bomb is sufficient to wipe Israel, and its seven million or so Jewish citizens, off the map.

No less frightening, the Obama administration helped Iran burnish its status as the world’s leading state sponsor of terrorism — most of it directed at Israel, through Lebanon and Syria —by providing Tehran with billions of dollars in cash, and by facilitating Iranian trade with other nations.

In contrast, Trump has placed Iran on a no-cash diet through sanctions, and assassinated Qassem Soleimani — the feared leader of Iran’s Revolutionary Guards, and the mastermind behind Iran’s extraterritorial operations against both Israeli and American targets. The US-brokered peace deal between Israel and the UAE and Bahrain may even provide Israel with the ability to attack Iran’s nuclear program, if necessary, from close range.

Most of us have grown up horrified by the passivity of the general American Jewish community to Hitler’s genocide against the Jewish People. How could we acquiesce, then, in placing the seven million or so Jews of Israel in mortal danger?

Obama’s final act of Middle East diplomacy was to shepherd through the UN Security Council a resolution declaring Israeli settlement beyond its pre-1967 “Auschwitz borders,” including the Old City and the Kosel, “a flagrant violation under international law.” And the Democratic Party has become markedly more hostile to Israel over the last four years.

Next on the list of Jewish concerns is religious liberty. The current Supreme Court has staunchly defended the primacy of freedom of religious conscience in the American constitutional scheme and is solicitous of religious liberty claims, as has been the Department of Justice under Attorney General William Barr. The confirmation of Amy Coney Barrett will only strengthen the defense of religion.

But the status of religious liberty — indeed, the whole constitutional separation of powers — will be imperiled if the Democrats pack the Court. Consider the Democrats’ vociferous opposition, including economic boycotts, to any new state RFRA (Religious Freedom Restoration Act) legislation.

ON THE BROAD DOMESTIC FRONT, cultural issues will become ever more important in the coming years, and dramatically affect the tenor of American society. Examples include: the ever-increasing indoctrination in the high schools, portraying American history primarily as a colonial enterprise subjugating native peoples and black slaves, rather than as the realization over time of the ideals of the Declaration of Independence; the hostility on campus to open inquiry and intolerance for opposing views — students who enter college believing they have nothing to learn will learn nothing; and the advance of identity politics, defining people in terms of their racial and/or gender identities, not as individuals or citizens of a country. A country despised by its elites will not long flourish.

Conservatives are fighting a rearguard action on many cultural fronts, and winning elections will not be sufficient. But the Trump administration has acted. Secretary of Education Betsy DeVos has restored due process to campus assault hearings, in place of the Obama administration’s attempts to make “Believe all women” the principal evidentiary rule of such hearings. Trump has banned training in critical race theory for federal agencies, the armed services, and federal contractors. And he has threatened federal funding to school districts that adopt the 1619 Project curriculum.

Joe Biden advocates the height of woke insanity. He has promised legislation to permit biological males who “identify” as female to compete in women’s sports.

THE DEMOCRATS would return to the heavy regulation that favors large rent-seeking corporations, which can afford the reams of paperwork for regulatory compliance, and harms small businesses, entrepreneurs, and local banks. The result would be a return to the pre-Trump decade of sub-three percent growth. In Trump’s first three years, wages increased and unemployment declined dramatically, both primarily benefitting low-income and minority workers.

The large social media platforms would engage in even more aggressive viewpoint censorship under the Democrats, who are the beneficiaries of those efforts. For years, they have restricted access to conservatives such as Dennis Prager and black intellectual Shelby Steele. And in the final weeks of the 2020 campaign, Twitter, Facebook, and virtually the entire mainstream media have brazenly suppressed the story of Hunter Biden’s emails, even though the Biden campaign has never denied their authenticity. The media giants today subvert the very purpose of the First Amendment’s guarantee of a free press: an informed citizenry.

The enactment of even a fraction of the Democrats’ economically ruinous and job-destroying Green New Deal would benefit only billionaire Democratic contributors invested in heavily subsidized wind and solar energy boondoggles. Meanwhile, Democrats remain ideologically hostile to the one plentiful and carbon-free energy source, nuclear energy; and to fracking, which has simultaneously brought about American energy independence and reduced US carbon emissions by far, compared to any “environmentally virtuous” European country.

LASTLY, neither Joe Biden nor his likely successor, Kamala Harris, is a paragon of virtue. Biden has been a plagiarist since his law school days, and a serial fabulist his entire political career. His first presidential campaign in 1988 collapsed when he was caught appropriating the life story of British politician Neil Kinnock. And he tends — like Trump — to angrily insult any voter who questions him: “fatty,” “dog-faced pony soldier.” His immediate family has become wealthy as lobbyists over the course of his public career. Hunter Biden’s use of his father to enrich himself is only the apogee of Biden family influence peddling.

Nor is Donald Trump without any redeeming virtues, chief among them empathy for the “forgotten Americans,” suffering from economic dislocation and the disappearance of manufacturing jobs. Rather than dismissing them as “bitter clingers to guns and religion” or “deplorables,” he addressed them as “my fellow Americans,” and went to work to bring back some of their jobs.

His basic intuition that a country owes a special duty to its own citizens has led him to avoid foreign wars that confer no strategic benefit to America; and to push an immigrant policy that favors admitting those with the most to contribute, and does not just open the borders and public purse to vast numbers who will only suppress the wages of the poorest Americans.

Elections present a binary choice. This one may be unsavory, but it is not hard.

Originally featured in Mishpacha, Issue 833. Yonoson Rosenblum may be contacted directly at rosenblum@mishpacha.com 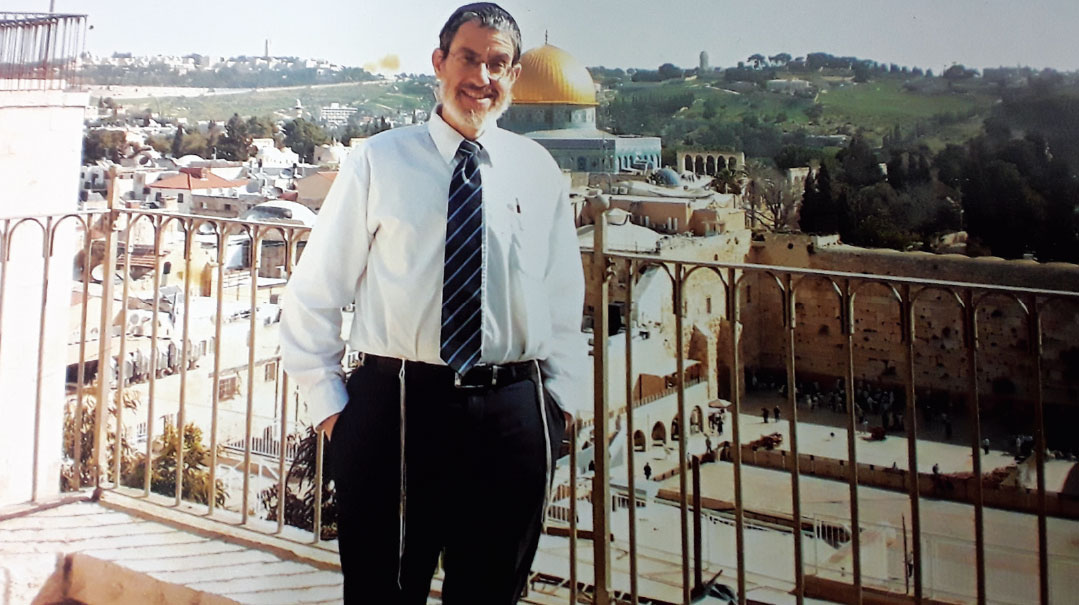