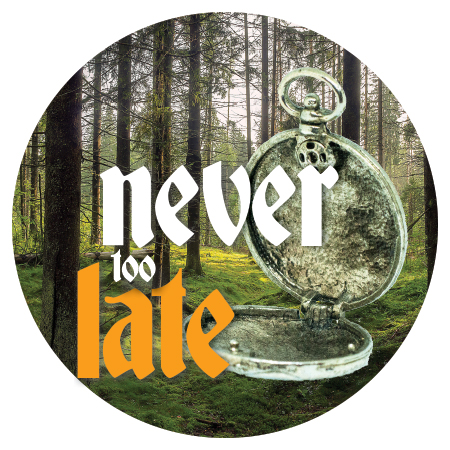 In a small Jewish town in Morocco lived a couple that was childless. As their friends and relatives celebrated the birth of baby boys and girls, their home remained empty and quiet. Year after year, the couple traveled to the burial sites of holy Tzaddikim and poured out their hearts, begging Hashem to bless them with children.

As the couple grew older they began to lose all hope of ever holding a baby of their own . Still, they davened every day that a miracle should occur, because there is nothing beyond the grasp of Hashem. Their persistent davening succeeded in moving the very heavens and at a very late age, the couple finally had a baby! They cried with joy as the sweet sounds of a baby crying filled their home with warmth.  It was a beautiful baby boy! Mazal tov!

Eight days later the entire town packed into the local shul for the momentous bris. In attendance was the crown of the Moroccan Jewry, R’ Chaim ben Moshe ibn Attar, otherwise known by his monumental commentary on Chumash, Ohr Hachaim.

R’ Chaim held the tiny baby in his arms and blessed the couple that they should only know of nachas from their new son.

“When he gets old enough, bring him to join the group of children I teach in the shul,” R’ Chaim instructed the parents as he handed them back their infant. “With the help of Hashem he will grow up to be a righteous, G-d fearing Jew.”

Everyone in attendance responded with a resounding “Amein!”

The couple’s joy was short-lived. As their baby, Shimon, grew up, it became apparent that something was very wrong with him. It all began one day as he sat with a group of children in front of their rebbi, R’ Chaim.

In the middle of R’ Chaim’s lesson, the door to the shul burst open and a Jewish beggar stumbled inside.

“Aharon, is everything all right?” R’ Chaim looked up from his scroll as the distraught beggar came toward him.

“No! Everything is horrible!” the beggar moaned, pulling at his hair in distress. “Yesterday I collected many coins, all the falus I needed to buy a decent supper. But I left my collecting cup in this shul for fifteen minutes and when I returned someone had stolen every last coin!”

The beggar’s eyes shifted over to the children sitting on the floor. His gaze rested on Shimon and the suspicious bulge in the young boy’s pockets.

“Can it be?” The beggar leapt forward and stuck his hand in Shimon’s pocket, causing an avalanche of coins to come tumbling out.

“Ganav!” the beggar screeched, shaking Shimon in rage. “How could you steal from someone who has no money for food?”

“I thought the coins were hefker,” Shimon replied, shrugging his shoulders in indifference. “Now let go of me before I decide to run off with your coins again!”

The beggar stepped away quickly and stared in alarm at the insolent boy.

R’ Chaim watched all of this with tremendous concern. Something in the boy’s demeanor sent a shiver up his back.

As time went on, R’ Chaim noticed that Shimon seemed to be controlled by a terrible anger that often caused him to lash out at the other children. As Shimon grew taller and stronger, he used his size and strength to bully the townspeople into providing him with “loans” that were never repaid.

He could often be heard screaming angrily at his parents and smashing things inside his home. His parents turned to R’ Chaim for help but nothing they tried succeeded in stopping Shimon from spiraling further and further out of control.

“We must be patient with him,” R’ Chaim cautioned Shimon’s parents. “I see that he is suffering. If we don’t succeed in getting through to him, I’m afraid we are going to lose him…”

One Yom Kippur, a terrible incident occurred. Shimon was spotted stuffing his mouth with meat while the kehilla was davening and the gabbai immediately attempted to have him removed from the shul.

“I’ll do what I want, when I want!” Shimon snarled. He slapped away the gabbai’s hand and struck him to the floor in front of the entire congregation. His father saw what happened and collapsed.

“Get out of my way!” Shimon roared, leaping over the gabbai’s body and racing for the door.

Shimon descended even further down the terrible path he had set himself on. Rumors began circling about the terrible acts he had begun to commit after the sun had set—burglaries and dealings with the local hoodlums.

One night, his parents confronted him.

“We will always love you, Shimon,” they said to their tall, imposing son. “But we cannot host criminals in our home. Until you change your evil ways, you are no longer welcome here.”

Shimon was silent for a long moment and the he said, “If I am such a disappointment to you, then I will run away and never come back.”

Those were his final words before he turned and fled into the night.

Two weeks after that encounter, a fire broke out inside the Jewish Quarter. It was first spotted by a beggar near the main shul. Alarm bells rang throughout the streets as the flames quickly spread from one home to the next, an unstoppable inferno.

It took many hours before the last flames had been extinguished. Several homes had been burned to the ground and the shul had sustained extensive damage. The local officials deemed the fire to have been deliberately set. This was no accident, but the handiwork of some crazed individual. Everyone knew the fire could only have been caused by Shimon.

The next day people in the marketplace spoke of nothing but Shimon’s terrible crime. His parent’s shame knew no bounds.

A few weeks later Shimon emerged from the woods and approached his home. He was sick and tired of living with people who didn’t even try to be good Yidden. He was overwhelmed with guilt for causing the fire and hurting his kind parents so deeply. But as he stood outside the door to his home, he just couldn’t bring himself to open it. Guilt washed over him like hot lava and he turned to flee back into the forest.

“Shimon!” A voice rang out through the street.

“Rebbi?” Shimon turned as R’ Chaim ran over to him and grasped him tightly.

“You can come back, my son,” R’ Chaim said softly, staring into Shimon’s eyes. “Hakadosh Baruch Hu stills wants your teshuvah. It is never too late to change!”

He turned and ran back into the forest. He would not be seen or heard of for many years.