They said you’d never be able to pull it off, that you were the wrong person for the job, that it would never work, that you were sure to fail. But sometimes, life’s greatest lessons are the ones that catch you by surprise — and teach you that you can do more, be more, than all those predictions after all I’m 34, but my hair looks like it’s in its mid-sixties. When I was in my late teens, my hair started turning gray. Until then, I was your average mischievous teenager. Now, most people contend with the effects of aging in their forties, but there I was, a teenager, staring into the mirror of a midlife crisis. Watching yourself physically change at such a young age can be traumatic, but not the kind of trauma that gets you any sympathy. No one organizes marathons or sends packages to those who need to confront a crisis sooner than they could have ever expected. Instead, I would get comments like, “You must be stressed out,” or worse, “Better get married fast.” I decidedly airballed the latter piece of advice. But even those trying to be sensitive could only muster, “You look so mature for your age.” I didn’t want to look mature; like everyone else, I wanted to look young.

At 19 years old, I was an average bochur in BMG. I wasn’t the greatest masmid, I wasn’t a “top boy,” I wasn’t going to be the next Rav Aharon Kotler.

But I had a dream. I wanted to contribute something to the Torah world. There was a fire in me, fueled by a background of enterprising Torah activity. My father, Rabbi Meir Zlotowitz a”h, had devoted his life to spreading Torah through ArtScroll. My mother was an acclaimed chinuch and early childhood expert. My maternal grandfather, my namesake, had founded the first cheder in Montreal. Influenced by their passion, I was determined to use my own talents and strengths to advance limud haTorah by inspiring young boys to learn.

My idea was to establish a learning program for sixth and seventh grade yeshivah boys, a system that would unify students nationwide and motivate them to study during their free time. I was struck by the observation that boys lacked motivation to learn anything extra. With an incentivized program, they’d feel compelled to devote more time to learning, to stretch themselves to reach their potential.

But how does a teen pull off a project of this scope?

I was 17 when I was exposed to chazzanus for the first time.

Growing up in a small town in Ottawa, there wasn’t much musical action to follow. Our shul put up baalei tefillah at the amud, guys who knew nusach and had decent voices, but that was it. No movement. No formal musical study. We didn’t even have a serious boys’ choir in town.

I always enjoyed music. I had a good voice, and between piano lessons and a father who was a professional musician, I had an ear for song. But I wasn’t familiar with a single piece of chazzanus.

When I was 17, my parents organized a shul event in honor of seasoned cantor Moshe Kraus. They invited some of his students to perform, among them Pinchas Cohen, Shimon Kugel a”h, and Binyamin Muller.

It was a new experience for me, and I was extremely impressed. Still, it didn’t dawn on me that I could do that, that I could master the art of chazzanus.

Excerpted from Mishpacha, Issue 763. Rabbi Dovid Caytak is a chazzan and teacher who lives in Yerushalayim and performs internationally.

Put to a vote, I would have been least likely among my peers to become a rosh kollel, rabbi, teacher, or community leader. But life takes us on unpredictable journeys. As my friends all studied and took on grown-up jobs, I moved along from kollel to kollel, community to community; learning, teaching, and yes, leading. I’m originally from Detroit and traveled the typical black-hat route: Yeshiva of Long Beach, Stamford Yeshiva, learning in Israel. After our marriage, we went out to do kiruv and college-campus work in various communities across the country. I’ve filled most of those “least likely” roles and hope I’ve made a difference along the way.

About 15 years ago, before our family’s final move to Israel, I joined the kollel in Seattle, Washington. The bylaws of the kollel prohibited it from opening a new shul in town because it would have been a threat to the existing shuls. So, representing the Seattle Kollel, we moved out to West Seattle, away from the Jewish community, to start a kiruv shul.

Excerpted from Mishpacha, Issue 763. Rabbi Schwartz, a former outreach professional in various US cities, moved to Eretz Yisrael in 2010 where he is the rabbi of the Young Israel of Karmiel and a professional tour guide.

The R’s Have It

I remember the feeling of pride and excitement at being summoned to the center of a group of older boys. “Besser, who’s the president of United States?” I knew the answer, it was Ronald Reagan, and they burst into laughter when I said so, exchanging I-told-you-so looks.

It happened a few times until I realized they weren’t admiring my worldliness. One time they instructed me, “Now say Ronald Reagan ran down Rockland Road,” and I obliged, a bit more bewildered.

I was young enough and well-taken-care-of enough that I didn’t expect to be mocked, so it took me a while to get it. In summer camp, kids would ask me if I was from Brooklyn, since my accent — “cah” instead of car, “lateh” instead of later — reminded them of their grandpas, so it finally came together, and I realized what the bochurim had been asking: I had a problem pronouncing the letter R, and it was funny to make me say words using that letter.

Excerpted from Mishpacha, Issue 763. Yisroel Besser is a deputy editor at Mishpacha and the author of several books. 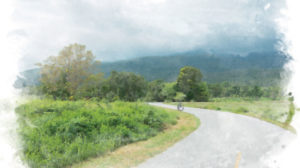 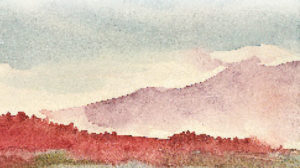 | the Places You'll Go |
Atop a Mountain
Rachael Lavon 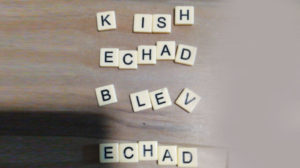 | the Places You'll Go |
Race to the Finish
Rachel Bachrach