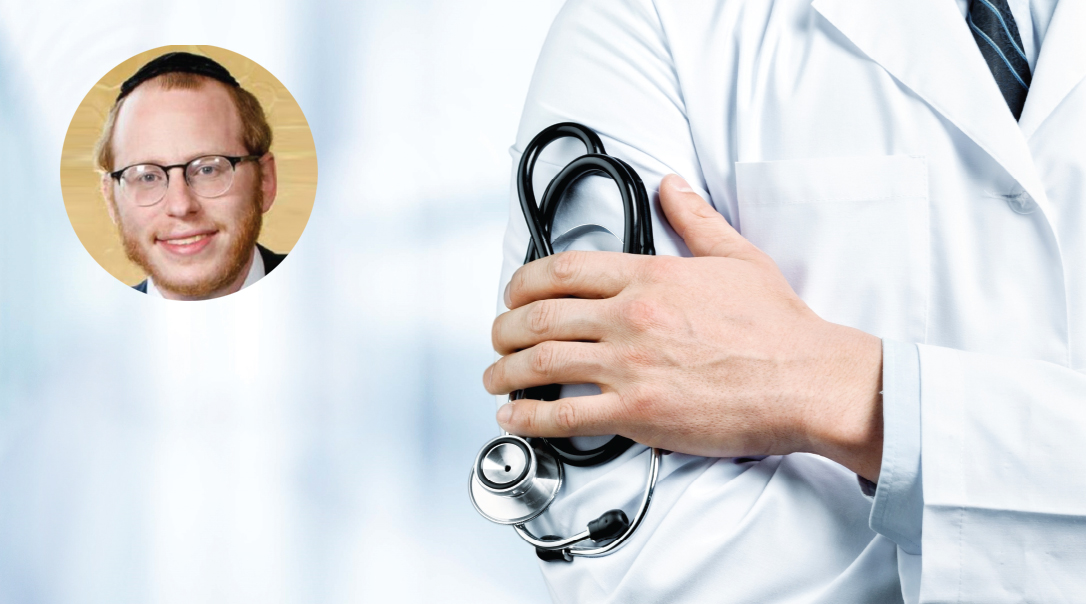 Much as I’ve learned from my teachers, I’ve learned more from my students,” I read aloud in a booming voice, words from the day’s daf reflexively translated and transmitted, delivered to my shiur without pause or ponderance. They rang hollow.

“Come on, Rabbi,” one individual interjected, “What could you possibly learn from us?”

He had a point. Aside from our shared dedication to the daf, the members of the shiur and I led drastically different lives. Bernie, Ira, Keith, Rubin, Seth, and Steve were middle-aged men, accomplished balabatim whose passion for Torah was palpable yet whose professional responsibilities weighed heavily upon their shoulders. I was a young rav immersed in the idyllic world of the beis medrash, my days filled with studying for dayanus and my nights with the challenges of the pulpit. Their fight to find time during the workday to learn seemed so foreign, their struggle to stay spiritually afloat so alien to me. Even our attitude to daf yomi widely differed. They seemed to treasure it above all else, relishing the opportunity to be ameilim b’Torah, utterly enthusiastic like a child rediscovering a long-lost toy. To me, daf yomi was just an hour of morning seder in a day saturated with studying Torah, the blatt but a blip on my daily schedule.

The question lingered for a few days. Then it began to slip into the subconscious, subsumed by new thoughts and emerging opportunities. I had been accepted to medical school, chosen to follow in the footsteps of my father and grandfather. Naysayers warned me that success in medical school was predicated on putting a pause on my learning. Yet I soon learned there was ample time in medical school to shteig, hours my classmates would waste partying and playing videogames. Daf yomi continued uninhibited, as did the learning of Mishnayos, and Dirshu Mishnah Berurah.

Test after test passed with success, and it looked like morning seder in medical school would stay a staple. But then the six weeks of “dedicated” began, the time period in which medical students study for upwards of 16 hours a day for Step 1 of the Boards. The test is an eight-hour marathon, a mega exam whose outcome almost singlehandedly determines residency and specialty placement. It is the proverbial Yom HaDin of medical school, a cruel wakeup call that has dashed many a medical student’s dreams of doing dermatology on the rocks of reality.

The requisite knowledge to succeed was too vast, its magnitude beyond measure. Thoughts I’d never before encountered began to raise their voices: “Drop the daf,” they said. “Your chances of becoming a doctor are dependent upon it.” “It’s been a good run,” they told me. “You’ve learned more Torah in medical school then you were told was possible.” I began to waver, to buckle under the psychological burden, justifying my abandonment of the daf on the immense pressures of parnassah.

In my despair, I glanced at a photo on my desk, and the faces of Bernie, Ira, Keith, Rubin, Seth, and Steve stared back at me, their exuberance reminding me of their passion, persistence, and perseverance. Their fight to find time during the workday to learn the daf no longer seemed so foreign, their attempts to stay spiritually afloat no longer alien. Their struggle was now mine, their trail the one I now tread.

What could I possibly learn from them? The question once again rose to the forefront of my mind, but now the answer was readily apparent. They had so much to teach, if I was but ready to learn. Their commitment could serve as my compass, their resolve my rudder, their success an example to emulate. In that moment, I decided that the daf would stay, but it would be led by new leaders — men far greater than me, my talmidim, who through their unyielding dedication to the daf, had taught me yoser mikulam.

Rabbi Michael Weingarten is a third-year medical student and the coauthor of The King’s Vineyard: Pirchei HaGefen al HaTorah. He lives in Syracuse, New York.