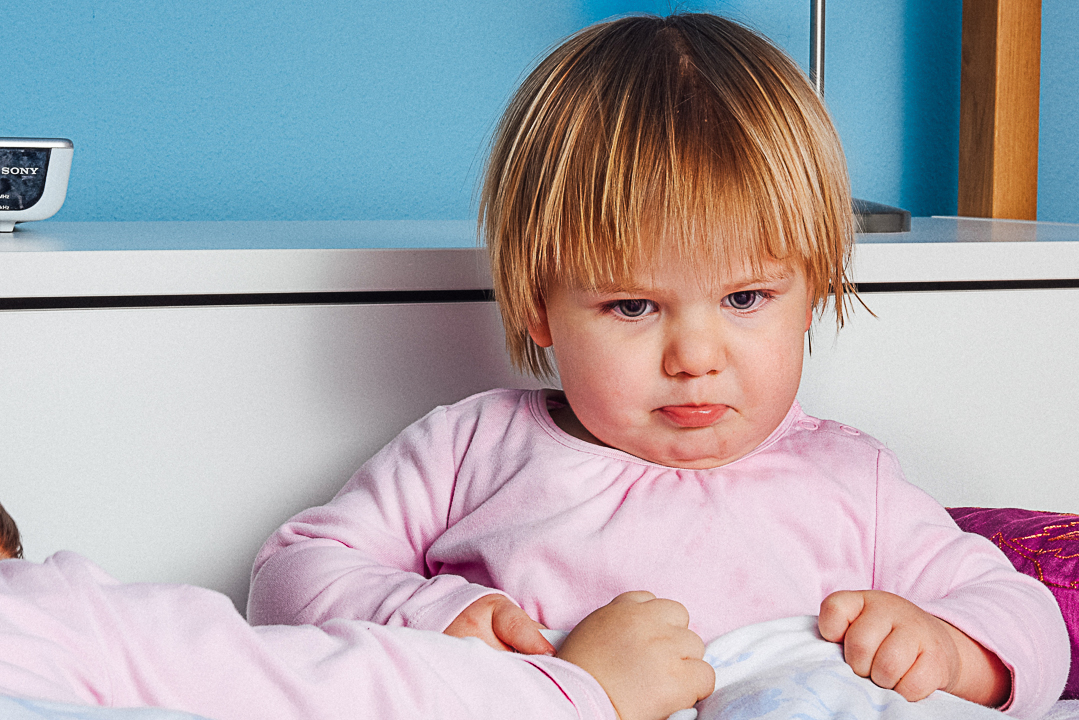 All About Hitting: There is another thing about me and that is that I hit. A lot. Hitting happens from feeling Angry, but also something else. Something that feels like Hungry but a little different. Hitting is good because hitting is More. When I hit, a lot of things happen. Crying. Screaming. Sometimes more hitting. Then Morah comes and her voice is loud. She yells and I do not hear words, but I do hear yelling. All this is good because it is More. If it goes on for a while, then everything inside me gets small and quiet. There is no more Angry, no more Hungry. And suddenly, I do not want More.

TUESDAY:
Today was like usual except that it was different. Today in school there was a Project. There was glue. And there were feathers. I went under the table. Morah came. She pulled me out, and then I was hitting. I lay down on the floor and screamed. I kicked my legs. And my feet crashed into my Morah’s feet. Crash, crash, crash. And then Morah yelled. I heard yelling but not words. She shook my arm while she yelled and it was very More. And everything inside me got small and quiet. Morah didn’t stop. She went on yelling and shaking. And yelling and shaking. And I didn’t want it. I didn’t want any More. But she did not stop. And then it was More and More and More and it was Too Much. And I wanted to make it end but I could not make it end. My face got very cold and my eyes felt burny and tears came out. They came out and out and out and it was Wet. And then suddenly, she stopped. And everything got very quiet. And no one yelled and no one shook, and everyone just stood there and stared at the door. Because it was open. And someone was standing there. And it was my Mommy.

WEDNESDAY:
Today I did not go to Morah. I stayed home and Mommy helped me play with blocks. And then she let me spill out all the rice and play in it. And she did not yell. Not even one time. After I played in the rice I looked for my Mommy and she was on the couch. And she was crying and her face was Wet. Crying usually comes from hitting, but there wasn’t any hitting. I really don’t know why she was crying.

MONDAY:
Mommy told me I am going to a new Morah. I do not want to go.

TUESDAY:
Today I went to the new Morah. I do not know her name but she does not smell. And another Morah took me to a room and we did some good things. I was in the middle of a sandwich, and beanbags were like the bread and I was like the peanut butter. It was More. And we brushed with a hard, hard brush. And I loved it because it was More.

WEDNESDAY:
Today there was a project and there was glue. I screamed and screamed. And then I went under the table and kicked. Morah did not pull me out. She did not yell or shake. She held up a finger and said a word and that word was “one.” And I screamed and screamed and I kicked so hard that the table fell over and made the loudest crash I ever heard. And Morah just looked at me and said “two.” And then I pushed a chair right into the knocked-over table and everyone was crying and I was screaming, and it was very, very More. And then Morah held up three fingers and she said two words. They were “Time Out.” And I did not know what Time Out was. But now I know. Time Out is a quiet room and a hard chair and Nothing. Just more and more and more Nothing for a long, long time. And you cannot get up because if you do, you will get more Time Out. And if you don’t listen they will hold you down. I know, because I tried. They hold you there in that Time Out even if you scream and cry and try to hit. You don’t ever get More, just Nothing and Nothing. And then you come back into the classroom and all the other children are playing with trumpets and drums and shakers and tambourines. Only you can’t get one because it is already Clean Up Time. And you missed Music because you were in Time Out. And that is what you call a Very Bad Day.

THURSDAY:
Today I did not want to go to school but I had to go anyway. When I got there it was Happy because Morah had ice cream! She said it was for me, but she did not give it to me. She held the ice cream up high where I couldn’t reach it and couldn’t get it. She smiled a big smile. “I like ice cream,” she said. “Do you want some ice cream?” I tried to reach it but I still could not get it. And Morah kept on saying “Do you want ice cream?” but I couldn’t reach it and couldn’t get it. So I climbed on a chair and I almost got it from her hand. But then Morah climbed on a chair! “Answer me,” she was saying. “Answer me.” So I tried to get it from her by pulling her legs and then she almost fell off the chair but she still did not give me the ice cream. And then it was Angry and it was hitting. And Morah said a word and it was “one.” And then another word and it was “two.” And then she said “Time Out.” And then it was Time Out again and it was Nothing and more Nothing. And I tried to get off the chair but they held me down. And then when I came out there was no more ice cream. And my eyes got burny and tears came out and out. And it was another Very Bad Day.

FRIDAY:
Today in school Morah showed me something on her desk. It was in a plastic bag and it was green and wobbly. “It’s a pickle.” She said, “I do not like pickles.”

And then she pointed to her face and it was all scrunched up around her nose and mouth and I laughed. And she said “Do you like pickles?” And I said, “No.” And Morah said “You do not like pickles. Can you say that?” And I said, “I do not like pickles.” And then it was very noisy and Happy and Excited and all the Morahs came and said the words “Good Job”, and Morah gave me a high-five and a token to put in my jar. And that is what I call a Good Day.

MONDAY:
Today there was a project again, and there was glue. I went under the table and there was kicking and screaming. And then Morah held up her finger and said “one.” And I started to pick up the table and it fell over and everything fell on the floor and Morah said “two.” And I knew that the next thing was going to be Time Out and I did not want Time Out. I did not want Nothing and Nothing. But it was Angry and Hungry and burny in my eyes and my cheeks were wet. And then I was rolling on the floor all curled up in a ball, and I held my fingers tight so they would not hit, and I held my knees tight so they would not kick, and I screamed, “I do not like glue!” And then it was very quiet. Everyone looked and no one talked. And then Morah came to me and she said two words but they were not “Time Out.” “Good Job,” she said, and then she said it again. “Good Job.” And then Morah put her arms all around me and squeezed, squeezed, squeezed, tight and hard and it was More. And then she took my hand and we went away from the table, and it was Calm and Quiet and Good. And then I put another token in my jar and it was Proud. And then all the other morahs also said “Good Job.” And there was lots and lots of Happy and more hugs. And now there is another thing I like and that is hugs. Because hugs are More but they are not Too Much. They are just right. And so am I. 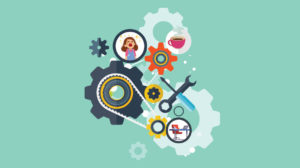 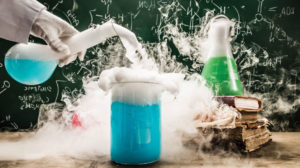 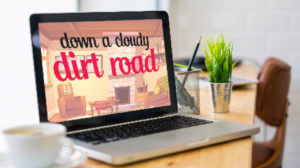 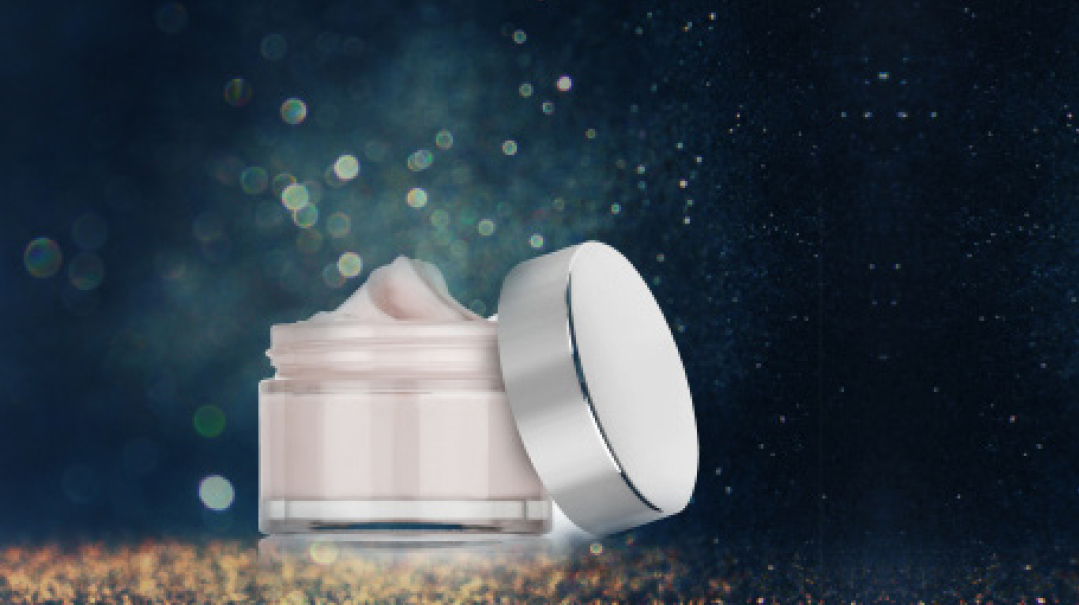 Whatever happened to that spunk? That spark? When did I become such a fuddy-duddy? 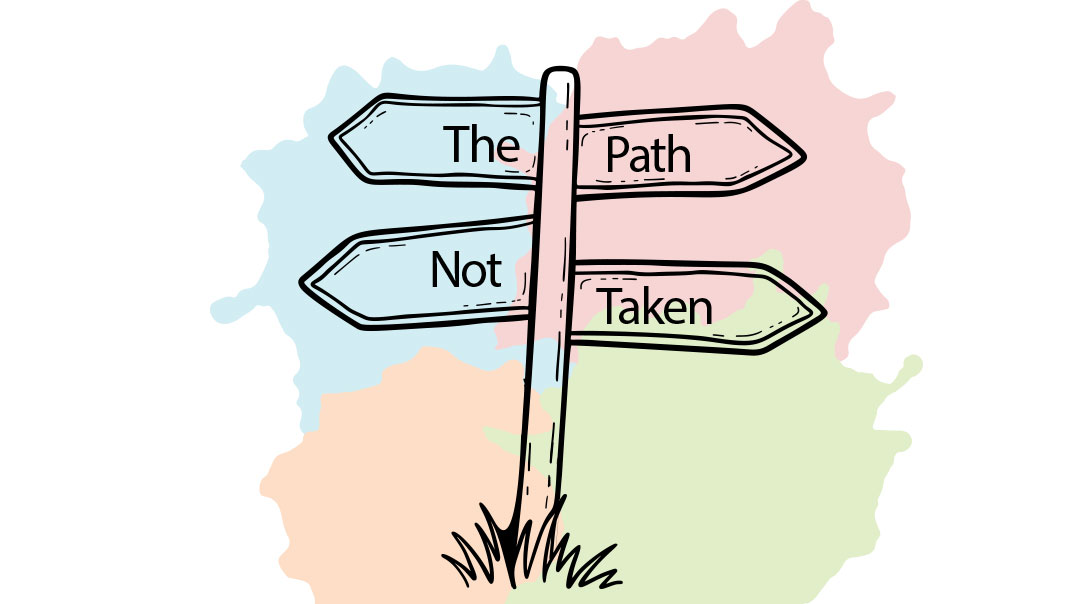 Elisheva Appel
The Path Not Taken 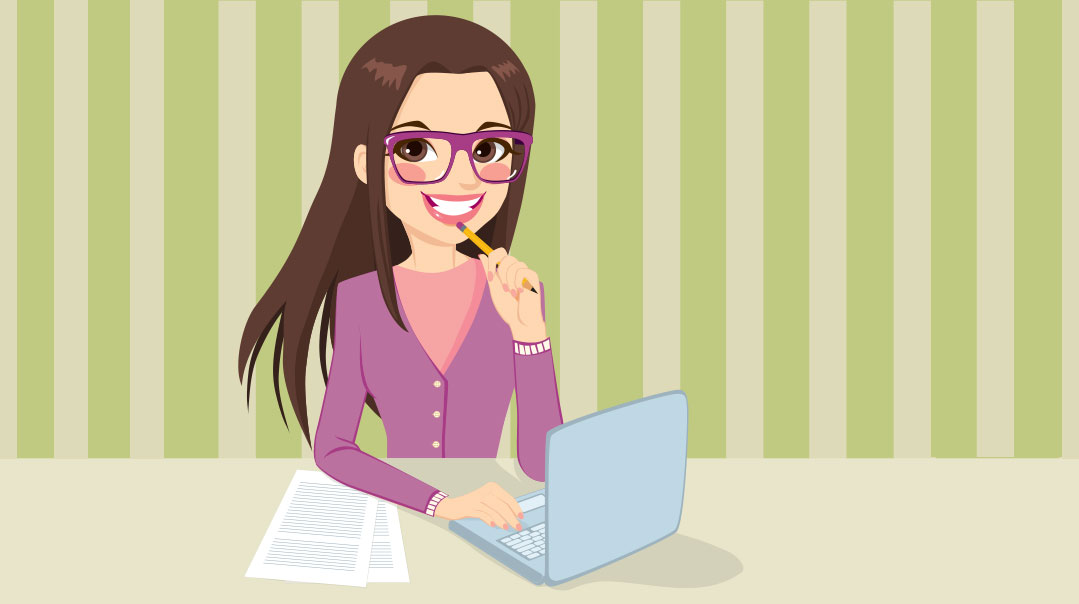 “You need to keep your sense of humor in these situations,” I repeat in a high-pitched, nasal voice. Hah 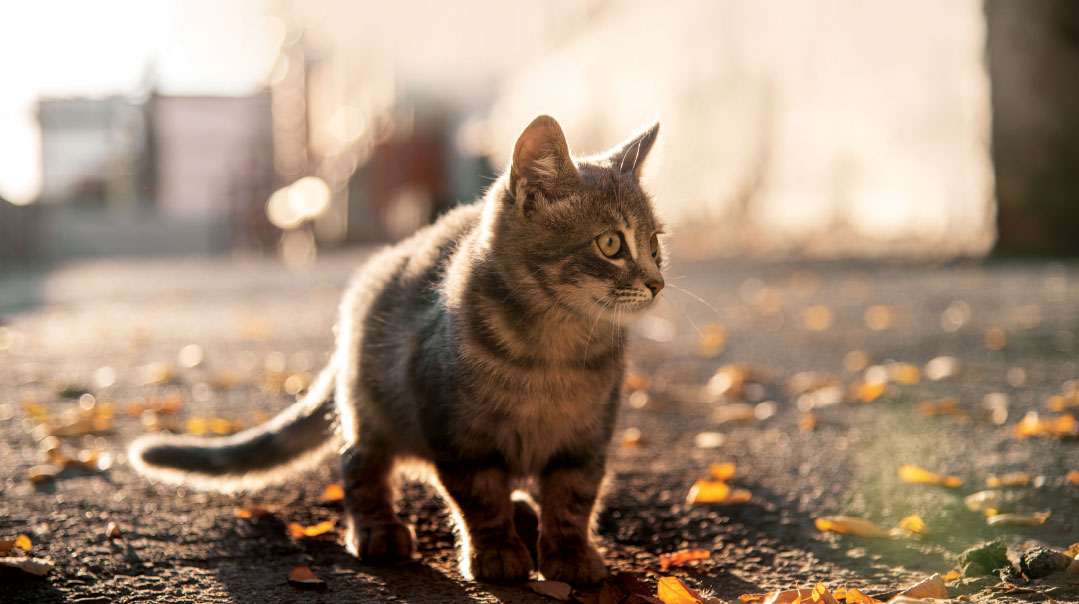 Rachael Lavon
All the Things Fall

There were so many rules and regulations that came along with shidduch dating, it was simply impossible to follow everything 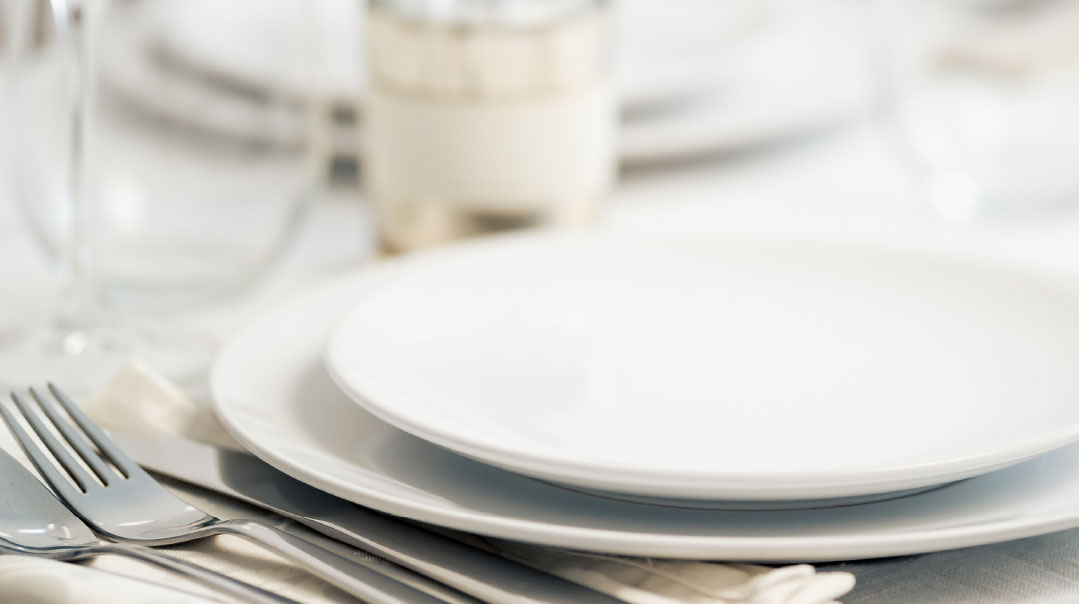 When she married him, she didn't realize his twin was part of the package 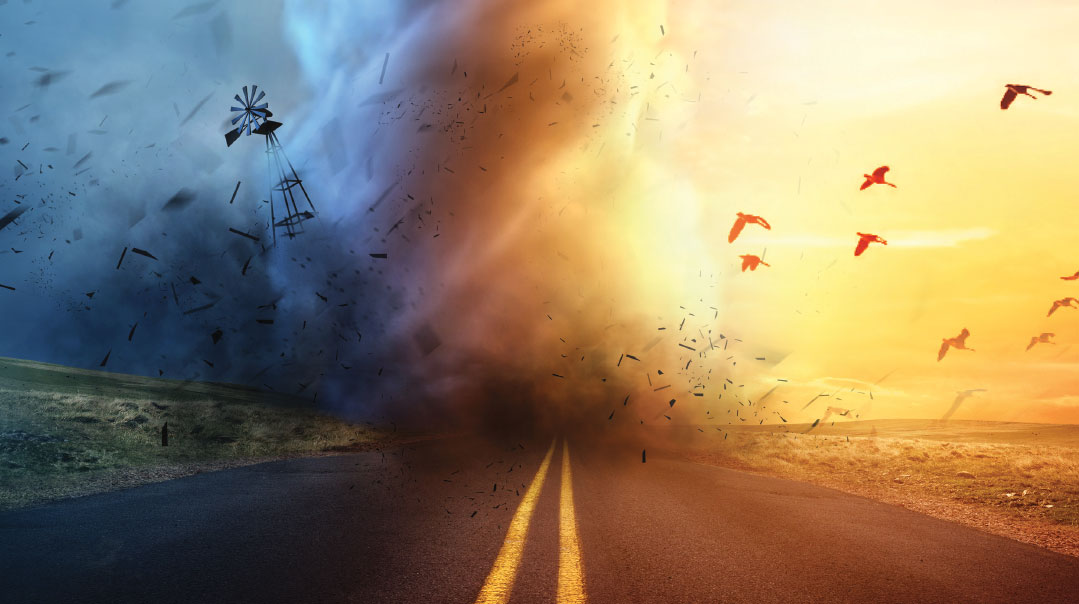