Before the 2016 presidential election, an Orthodox Jew told me that since New York state was so solidly Democratic, his vote would not make a difference. He didn’t say which party he belonged to. He presumed it was obvious.

Shortly after the election, I was referred to an online shiur given by a well-known public figure. He began by proudly declaring himself to be “a registered Republican.”

That we have developed an automatic correlation between our Orthodoxy and a particular political party — that we announce this with pride — is perplexing if not disturbing.

How does an Orthodox Jew know whether his positions on political issues are Torah-true? Should we advocate for universal health care? How much support should we be giving to environmental issues? Should we oppose US arms sales to the Saudis, who have repeatedly bombed Yemeni civilians? How concerned in general should we be with issues that go beyond our local interests?

If we are going to think like Jews on these topics, we need to first check our natural default thought mode. We have to know how insidiously the ideas of the broader world seep into our consciousness and lead us to non-Jewish views without our realizing it.

Success of the West

Around 350 years ago, the Western world began a series of astonishing leaps in moral progress, best expressed in the French Revolution’s Declaration of the Rights of Man and in the preamble to the American Declaration of Independence. The main innovation was the concept of universal human rights, expressed as equality and liberty. People envisioned a society built on the dignity of man, democracy, and justice.

When these values led to the Emancipation, it resulted in a mass exodus by Jews from Torah observance, one that has continued until this day. The Jews did not leave Judaism simply because they could. They were enchanted by a powerful alternative to Torah values in the form of secular humanism. Arguably, this was the most profound alternative to Judaism in the history of mankind.

It was to be wholly expected that our time of Ikvesa D’Meshicha would produce this; for, as the Ramchal in Daas Tevunos explains, the greater the force of tumah, the more powerful will be the gilui Yichudo that comes after. G-d’s revelation will show Him to be stronger than the mightiest alternative.

As sophisticated as these foundational ideas of contemporary Western man are, many of them stand in stark contrast to Jewish values. Take utilitarianism, as propounded by Jeremy Bentham and John Stuart Mill: It holds that society’s job is to produce the greatest good for the greatest number of people, where good means happiness. Really this is a doctrine of advanced hedonism, and John Stuart Mill acknowledged his indebtedness to Epicurus, its original proponent. Utilitarianism proposes to answer the question, “How can I be selfish without messing up your selfishness?”

They give this fancy names, like “enlightened self-interest.” This code name for egocentricity presumes that I am sophisticated and cultured about my selfishness — that I will sometimes help others, but only because it really benefits me in the long run. To this we must add the “harm principle,” which is a way of saying I mustn’t bother your selfishness.

The United States put these ideas to use to produce the great American dream, the land of opportunity. Success was couched in purely financial terms. Everybody who worked hard could make it. The rugged individual — that symbol of American heroism trekking across the prairies — became the archetype. Making it, of course, meant making money. “What’s he worth?” became the way of assessing the value of another human.

A whole society grew up stressing rights rather than duties. The question is always, “What do I get?” not “What can I give?” The American Constitution tells us what is owed to us as citizens — we have the right to arms, to express ourselves freely or to keep silent, etc.

The Torah, on the other hand is a Bill of Duties. We want to know what G-d wants from us, not what we can get out of the system. To each other, we say, “Tizkeh l’mitzvos.” By this we bless our fellow Jew to merit to have more obligations. And that for us is a privilege.

It is a fundamental difference between our approach to things and America’s. And it is but one example among many.

As Orthodox Jews, we need to know that no wall can prevent Western values from filtering past our consciousness and seeping into our bones. If we don’t consciously work through each of the sugyas, we will naturally start to think like those in the broader environment around us; our paradigm for looking at the world will be Western rather than Jewish.

This brings us to whether we are Democrats or Republicans. Both parties operate within the consensus of the American version of Western values described above. The arguments about transgender, or abortion, or gun control all occur within this context.

It might seem strange to say that Americans all inhabit one consensus when they disagree so passionately. Vociferous debates about all kinds of issues are fodder for daily talk shows with millions of listeners.

But all of this passion plays out within a specific Western paradigm. Even socialists like Bernie Sanders only address the undeniably widening gap between rich and poor and claim that capitalism on its own — the trickle-down effect — will not solve this. The Sanders agenda is single-payer universal health care, equal rights, a $15 hourly minimum wage, and guaranteed employment. It may well be that Bernie Sanders is more consistent with Torah principles than other approaches, but he cannot represent Judaism any more than Hillary Clinton or Donald Trump can.

Furthermore, the American consensus is moving away from Judaism and drifting to increasing liberalism. There are swings back and forth every few years between liberal and conservative moods, but the conservative swing never restores things to where they were before. American society trends in an ever more liberal direction, especially as applies to marriage, abortion, euthanasia, and, most significantly, the value of the family as a core and centerpiece of society. As Jews we are less and less in sync.

Teasing out authentic Jewish responses to these issues takes a lot of work. As an example, let’s take the recent brouhaha over Judge Kavanaugh’s appointment to the Supreme Court.

One way of approaching this is to consider, l’havdil, what it took to be appointed to the Sanhedrin. The Rambam, Ramban, and Ibn Ezra enumerate the criteria for eligibility: A sage had to have wisdom, humility, and fear of heaven. He had to be nonmaterialistic, a lover of people, well liked, and a member of the community in good standing. Sanhedrin judges had to be passionately willing to accept responsibility, stand up to powerful people, and be outraged by oppression and all manner of untruth and moral perversion.

The important thing is that there were criteria; you had to pass an ethics test. While the Supreme Court is not the Sanhedrin, surely our position as Jews should be to try to define what those criteria should be, and to protest when they are not fulfilled.

We won’t always know what our position ought to be and we don’t have to. But we do have to know how to begin. We have to know what questions we ought to be asking. We need to search for original sources and to ask to what degree these apply to a country subject to the Seven Noachide Laws.

As Jews, we must make a stand. Our moral voice — even if it is often just the voice of protest — must be heard. But first we must learn to hear our own authentic voice of Torah. —

Originally featured in Mishpacha, Issue 742. Rabbi Avraham Edelstein is the educational director of Neve Yerushalayim College for Women. He is the executive-mentor of Morasha Olami. 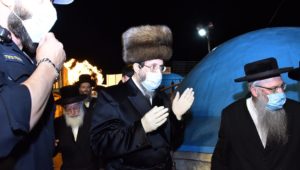 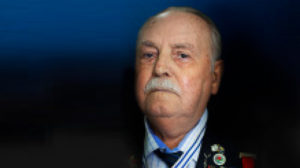 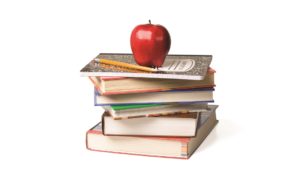