I read the Guestlines article “Not a Hefker Velt” (Issue 644) and frankly I am angry. I’m angry on behalf of all the parents who were yet again shamed and embarrassed. I’m angry knowing that due to the incorrect thinking and conclusions being presented in this article countless more children will be further hurt. When will it stop?

Let me explain. The article makes the same two mistakes made by so many speakers and writers on the subject of chinuch habanim.

Firstly virtually all of them fail to distinguish between the time-honored values and hashkafos handed down through the mesoras haTorah concerning traditional chinuch habanim and the rules and guidelines needed for what I call “crisis chinuch.”

Essentially everything asserted in the article is correct when applied to standard chinuch habanim and in my experience is universally agreed upon by virtually all young parents as vital to their children’s development. Crisis chinuch however demands a different approach. Crisis chinuch is the method of chinuch needed when traditional chinuch methodology will no longer effectively reach the child.

The second mistake made in the article and by so many others is the accusation that “we do not always know the reasons why a child goes off the derech.” Many mechanchim have most likely spent time with parents of children already in crisis. These confused parents are struggling to save their children any way they can and have most likely out of desperation been compelled to abandon traditional strong discipline as they witness its counterproductive toll on their children.

Instead of extending these parents empathy and encouragement Rabbi Aisenstark — whom incidentally I both love and respect — concludes that their lack of strong discipline is the cause of the problem. He states in the article “It is important to understand that if you don’t discipline your children correctly and with dignity when they are young they may grow up to be vilde chayas a sort of pereh adam.” That is both cruel and patronizing to these hurting terrified parents. Bear in mind that they have most likely valiantly tried the type of chinuch Rabbi Aisenstark suggests only to watch in horror as it backfired.

You see the truth is this: We do know why kids are going off the derech. The problem is our reluctance as a community to acknowledge the truth and do something about it.

I have been working as a mental health professional with struggling youth and their families for 30 years. I have participated in and co-chaired professional conferences devoted to understanding why our kids are struggling. For over ten years I was the clinical director of Our Place a drop-in center for OTD kids in Brooklyn. For ten years I supported and was actively involved in a seminary program in Yerushalayim for formerly frum struggling young women looking to reclaim their lives and religious identity. I experienced this firsthand with some of my own children. Let me go on record once and for all in the hope that there will be no more misunderstandings and that we will no longer unnecessarily hurt kids and parents. There are two main reasons that kids go off the derech.

The most common cause is that these kids have been subject to molestation and abuse. Introducing a child to that world will likely disconnect them from the traditional mesoras haTorah. It is “abuse” on so many levels including “spiritual abuse” — which for many of them becomes the defining challenge of their life. Clearly this is not the place to explore this painful subject. However ask any Orthodox mental health professional or lay activist working with the OTD demographic and this is what you will hear.

The other cause of children going off the derech is that they were simply unable to succeed in our school/yeshivah system and consequently felt unappreciated and unwanted. These kids either had a true learning disability or a de facto learning disability whereby their life circumstances hampered their ability to focus and learn. As such the yeshivah system they were placed in demanded performance that was simply beyond their ability to achieve. Confronted with a constant feeling of failure they emotionally opted out. They were never “drop-outs.” They were “push-outs.”

As far back as 1998 when the topic was first raised in print by the Jewish Observer I have been fighting the inappropriate rhetoric dished up in well-meaning magazine articles lectures and speeches supposedly helping us to be mechanech our kids. Quoting gedolim both past and present to support such confusion is foolish at best and reprehensible at worst. I can quote the same and more gedolim and Chazals to support the opposite approach: letting go of external control and loving our kids back to health.

In these challenging times we must be more precise when we give guidance to parents and Klal Yisrael about raising our kids; we must clearly specify which type of chinuch we are referencing. Are we discussing the topic of regular chinuch habanim al pi hamesorah or are we discussing crisis chinuch for children already struggling? They are similar but different subjects and therefore have different rules. In my opinion anyone who lacks the clarity to make this distinction should refrain from giving guidance.

A second caveat: Please stop putting the cart before the horse and blaming parents. It simply puts more kids off the derech. And as an aside I use the terminology “off the derech” for ease of communication. In truth these children are OOD not OTD. They are off OUR derech while they try to work out if it’s possible and if so how to reintegrate a religious Jewish life into their world of abuse confusion anger and pain.

Let’s face the two issues I have described above bravely maturely and honestly. We owe it to our kids and to future generations of Klal Yisrael.

Rabbi Shimon Russell a psychotherapist in private practice in Jerusalem is a musmach of Lakewood’s BMG and holds a master’s degree in clinical social work from the Ackerman Institute for Family Therapy in New York. He is also a popular author and speaker who has presented on many mental-health related topics throughout the world. 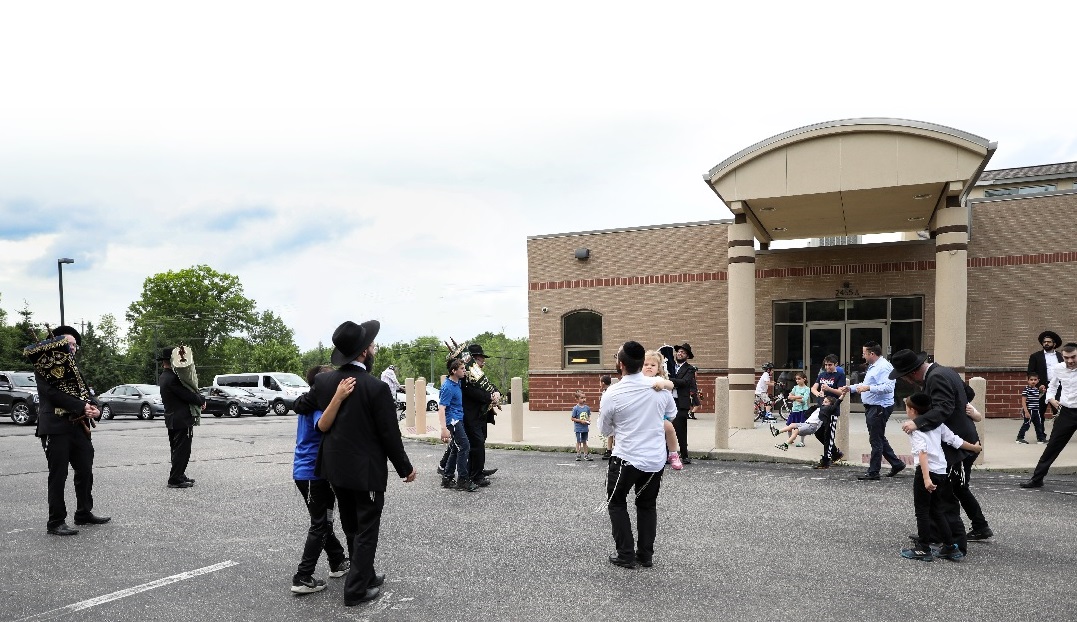