The noise was heard all the way to Sunny Lane. Nobody paid much attention, however. There was often building going on in the area. No one except for Mr. Krankowitz, that is. The old man had decided that noise wasn’t good for his prize rosebushes. And he was determined to do something about it.

First, he went to investigate. Grabbing his cane, he marched in the direction of the sounds. To his surprise, they were coming from the town square. Mr. Krankowitz found the place a hive of activity. Workmen in hard hats rushed around with planks of wood. Others hammered in nails. They appeared to be putting up some sort of structure. Mr. Krankowitz stared in astonishment. It looked like they were putting up a stage! What on earth for?

“Sir, you need to move aside for your own safety,” a man in a yellow jacket said. “Please step back.”

“Humph!” said Mr. Krankowitz, not budging. “What’s going on here? Who gave you permission to build on public property? I’m going to complain to the mayor.”

The man in the yellow jacket took Mr. Krankowitz by the elbow. He steered him off to the side, firmly. And not a moment too soon. Two men with a ladder rushed past just then. They would have knocked right into the old man.

“We’ve got all the necessary permits from the mayor’s office. But you can complain to him if you wish.”

The old man scowled. Whoever heard of such goings-on? And with the mayor’s authorization, yet! He had a good mind to call the police! Trouble was, he’d called the police in the past, for important matters, like his lost handkerchief. They’d been extremely unhelpful.

Mr. Krankowitz stalked off crossly, trying to think of a plan. A few minutes later Fishel and Faivish walked past. They stared in astonishment at the works.

The man in the yellow jacket immediately told them to leave. First, however, the twins bombarded him with a dozen questions about the stage. Unfortunately for Fishel and Faivish, the man refused to answer them.

It was Mr. Krankowitz who found out. As he passed Gavriel’s Grocery, he saw a colorful poster in the window. He stopped to read it.

“The mayor, together with Jr., is delighted to invite you to a special show in the town square featuring the famous clown, Jolly Solly.” There was a list of the date, time, and details.

“Humph! Who needs a special show?” muttered the old man. But he wrote down the times secretly. He loved a bit of excitement as much as the next person.

Soon posters sprouted all over the place. When the show opened at last, there was a huge crowd. As Jolly Solly bounded onto the stage, what clapping and cheering broke out! The clown juggled and performed some amazing tricks. Then he snapped his fingers. Tuki the parrot flew to the stage, perching on the clown’s shoulder. He started singing a song in his screechy voice. It went: 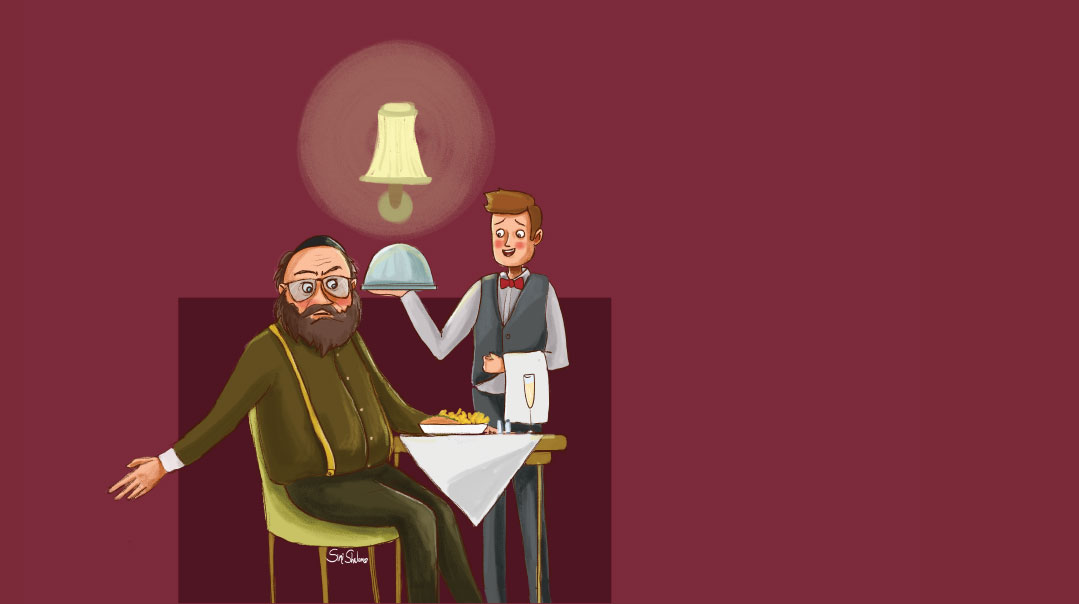