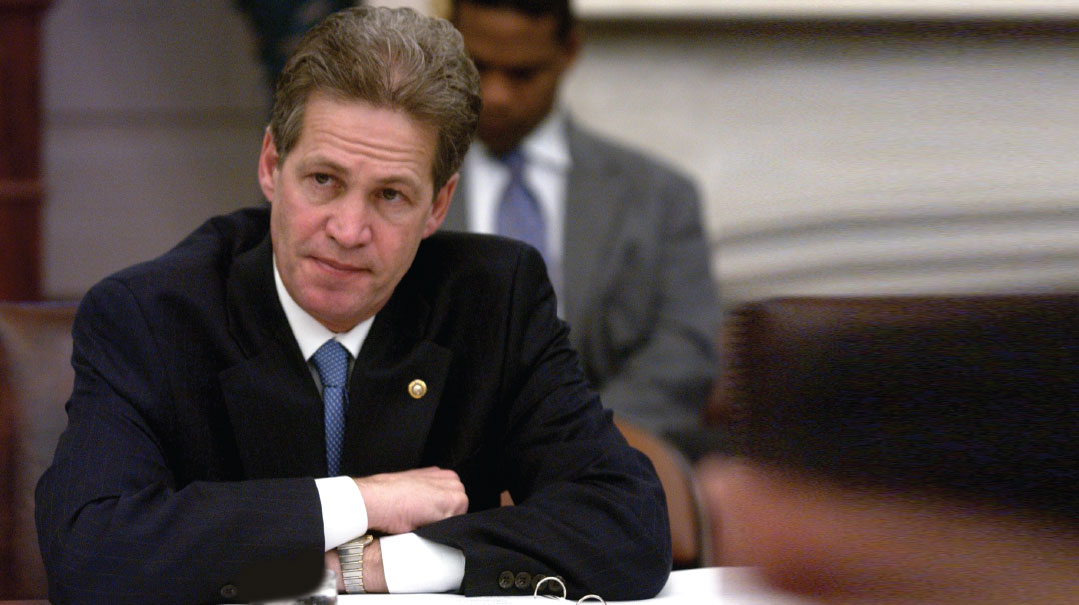 Although Norm Coleman is today chairman of the Republican Jewish Coalition, the former US senator actually grew up rooting for the other team. Born in New York City in 1949, he graduated from Brooklyn’s James Madison High school — also attended by Senate Majority Leader Chuck Schumer, Senator Bernie Sanders, and Supreme Court Justice Ruth Bader Ginsburg, who just passed away.

He was active in antiwar causes during the 1960s. After getting his bachelor’s degree at Hofstra and his law degree at the University of Iowa, he signed on to his first job in the Minnesota attorney general’s office, working as a prosecutor. That began his career in public service in the Gopher State. He entered politics and ran as a Democrat for mayor of St. Paul in 1993, winning his first campaign.

His stewardship of St. Paul brought him into conflict with state Democratic leaders, and in 1996 he switched parties. Running as a Republican, he won election to the US Senate in 2002. He served one term before losing to comedian Al Franken in 2008 by a margin of 318 votes out of nearly 2.9 million cast. (Franken’s speckled career in the Senate ended in his resignation in 2018.)

Since leaving elective politics, Coleman has devoted his energies to the Republican Jewish Coalition (RJC) and various nonprofit causes. He spoke to Mishpacha about the likelihood of his state, which last voted for a GOP presidential candidate in1972, tilting this year for Trump — and about the president’s improving chances nationwide. He also reminisced about going to school with Chuck Schumer, about his political conversion, and assessed the prospects of Jewish voters making the same switch he did in the current election.

We know Orthodox Jews support Trump in a very high rate, but what about the non-Orthodox?

I think that the Jewish vote, other than the Orthodox community, has typically been a Democrat vote. That goes back historically to the days of FDR and John Kennedy and Lyndon Johnson with the Civil Rights Act. So there’s been a long history.

But as you grow up, and as you get a mortgage, and you start worrying about taxes, and then you worry about your job and you worry about your security, all of a sudden the Democratic agenda is not so enticing. But still, other than the Orthodox community, the Jewish community is still largely Democrat.

We’re hoping that those Jews that care about Israel and that care about the economy and are willing to vote somewhat differently than their parents or grandparents voted — in other words, vote not because your grandparents voted a certain way, but vote because today, when it comes to support for Israel, when it comes to growing the economy, the Republicans offer a better choice — that people will make that decision.

Do you believe Trump will pull some of them across the traditional party lines?

That’s a very good question. I do think that he has earned the support of folks within the Jewish community and that as a result, he can increase his margin of support. In other words, if you go back historically, 23 percent of the Jewish community voted for the president last time. I’m hopeful that we can raise that number to 28 to 30 percent.

The Democrats pounced on the president’s call with Jewish organizations, saying that his telling Jewish voters “your country” in reference to Israel was invoking the “dual loyalty” trope.

I knew they would jump on that. What the president means is a country that you care about. Let’s stop playing with Democrats, trying to find a word to somehow demonize the president. Look at his actions on Israel versus [those of] Joe Biden and Barack Obama.

All the Democrats’ efforts to demonize the president, to analyze and super analyze every word he said, and make it a negative... what the president means is quite clear. He understands that there are many Jews that care about that country, Israel, and that’s what he meant. I am an American, but I care about Israel. I’m a committed Zionist. And that’s okay. Americans can care about Israel. They can be Zionist, but it doesn’t mean they have dual loyalty.

It’s more challenging. This is a much more challenging time. The president does well with big rallies and gets people excited. And it becomes harder to do that in a COVID environment. And the Democrats have more money. They’ve got the public teachers’ unions. They’ve got the public employee unions that poured tons of money in their campaign. So it is more challenging. But in the end, the president has a strong base of support. Whoever mobilizes their supporters, gets them to the polls, or gets them to send in a ballot — that’s going to win this race.

Everything is more challenging in a COVID environment. As I said, the president draws energy from these big crowds. Joe Biden doesn’t come out of his basement except, you know, intermittently.

On the other hand, we see the president having rallies in closed arenas where not all the people are wearing masks. And Biden says he’s trying to lead by example.

I went to the White House yesterday, and I can tell you — everyone who was there was told to wear a mask, and it was outside. So that’s a little bit different. But people have to make some choices. I think the president laid out clearly, you should wear a mask, wear a mask at these rallies, socially distance.

But it’s interesting for the Democrats. They want social distancing and people wearing masks — except if it’s a protest. There were no efforts to shut down the protests [to prevent the spread of COVID] after the killing of George Floyd.

And the looting and destruction in the streets — the Democrats at their convention never even mentioned it. And there wasn’t any social distancing at those events. I support protest, but I don’t support hypocrisy.

What does your ground game look like? Are you having any kind of phone banking, canvassing door to door?

Yeah, all of that. We have had folks on the ground in Florida, in Pennsylvania, I believe also Ohio, focusing heavily on those states. We have folks on the ground. It’s a little more challenging to, you know, door knock in this environment. But ground game makes a difference. The RJC is looking at investing $10 million in a few select states to try to organize and bring out a larger Jewish vote for President Trump. That’s our goal. We’re in the process of doing that. We’ll use social media. We’ll run some TV ads. But the combination of using all those tools, you’ve got to do all of it. You can’t just do one.

How do you estimate the GOP’s chances of flipping Minnesota into the red column?

Well, the fact that Joe Biden is spending money in Minnesota, and that he said he’s going to visit Minnesota, is a big tell that the Biden people think that Minnesota is in play. There are a couple of polls that had the president reasonably close or some that show [him leading]. The president only lost Minnesota by 1.5 percent last time, and he hardly campaigned there. I think he was there once at an airport. He hardly spent any time [there]. If he had spent more time in Minnesota [in 2016], he probably would have carried the state.

This time he’s been there already four times. So clearly, he’s putting an effort into it. And with the hope and the belief that Minnesota could turn red. The strategy is pretty simple. The president carries all the states he carried last time, with the exception of three Wisconsin, Pennsylvania, and Michigan. Those were the big surprises [in 2016]. But if he carries everything else, if he carries Florida and Arizona — those are competitive now — then all he has to do is win either one of those three states, either Michigan, Wisconsin, or Pennsylvania, any one of those.

And he has to turn a state. And I think all the pundits would agree that the best chance of turning a state is Minnesota. And so Minnesota is a contested state. The president is going to have a lot of work to do. He has tremendous support in the rural communities. I think he’s increasing his support within the African-American community by virtue of his deeds. He’s not going to win the African-American vote. But if he can increase his margin, then he can win.

Tell me about attending the same school as Chuck Schumer, Bernie Sanders, and RBG.

We all went to the same high school. We actually went to the same elementary school and junior high school. Bernie was seven or eight years ahead of me. So I never knew Bernie Sanders. But I did know Chuck Schumer. And he was a year behind me. But I knew him. I knew him from the schoolyard. I knew him from the neighborhood. He was a very smart young man, I got to tell you. He was very, very bright, very ambitious. We weren’t the best of friends, but we were certainly acquaintances within the same circle of Jewish kids in Brooklyn.

It was once a trivia question on this TV show, Jeopardy! Who were the three senators who went to the same high school, and served at the same time, representing three different states and three different political parties? Bernie Sanders being a socialist, Chuck Schumer a Democrat, and me a Republican. We all served at the same time. We all went to James Madison. So did Ruth Bader Ginsburg. But again, she and Bernie are older than Chuck and I. And so I didn’t know them.

Do you have any prediction for the future of American politics?

I am an optimist. I really believe that our best days are yet to come. That was that was my campaign slogan when I was mayor [of St. Paul]. And it turned out to be true. My city was doing much better after my eight years as mayor.

These are probably the most challenging times for America. You know, certainly COVID adds to the challenges. But clearly the divide now between Democrats and Republicans, between those in urban areas versus those in rural areas, the challenges we face with race in our country — there are certainly big challenges and there’s great division.

But I really think that America will come together. I’m still optimistic that we can get past these bitter partisan divides. You know, I think we may have to, if we want to prosper as a country. And so let’s get the vaccine; let’s get COVID behind us. And then let’s hope that the people who we elect will be of good enough will that they can put aside some of the partisan differences. That’s one of my prayers. 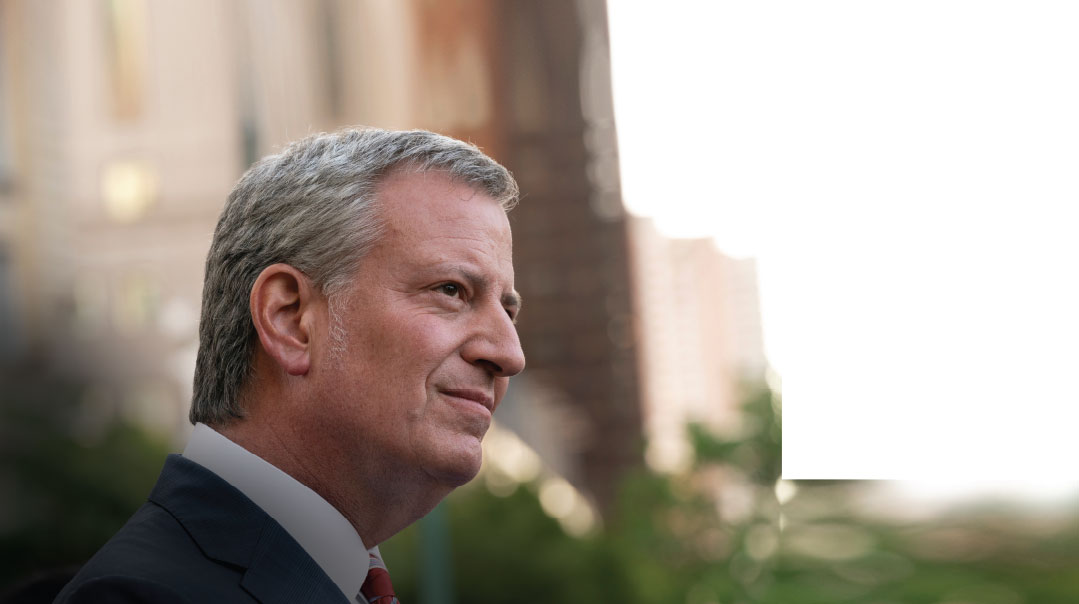 “It’s quite clear we have more to do”