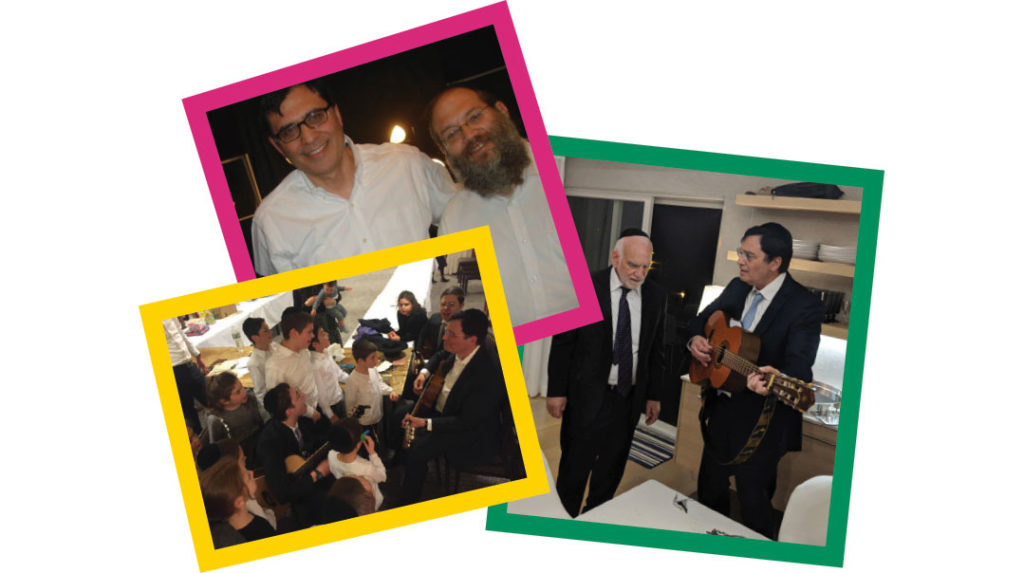 “For me, it was never about the beat and the rock and the volume” 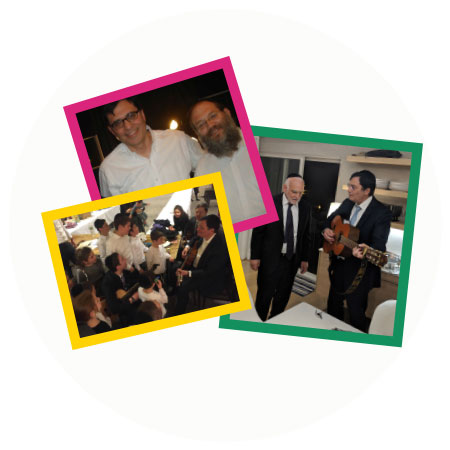 f you’re still humming those classic early Ali Scharf songs from the 1970s and ’80s, then you’re definitely dating yourself. But you’re also probably looking back warmly at an era when the Jewish music scene was less crowded, arrangements were instrumental and nonelectronic, intros signaled your favorite hits, and unhurried ballads were sung and resung endlessly at camps and youth groups.

“For me, it was never about the beat and the rock and the volume,” says Ali Scharf, composer, songwriter, and singer, who’s most familiar to more contemporary audiences as the songwriter for the four Schwebel, Scharf & Levine albums, a collaboration with Rivie Schwebel and Dov Levine. (The last album came out in 2011, after a decade’s break.) “It was about the longing, and the melody. I want every song I compose to have a chiddush, either a novel chord combination or a fresh meaning in the lyrics.”

Scharf considers Rabbi Baruch Chait and Abie Rotenberg as his musical mentors. “Abie consistently writes beautiful melodies, and he never repeats himself. Both he and Baruch Chait ‘build up’ their melodies musically — and both of them had been influenced by Carlebach, the ultimate musical genius. Those hundreds of melodies he produced using just three chords, with simplicity and genuine originality, are at the center of Jewish composition today.”

Ali Scharf and Rivie Schwebel joined up musically years ago, but they were friends even before. Ali had been composing since he was bar mitzvah age, with his songs appearing on the vintage Pirchei, Neginah, JEP, and D’veykus albums. He composed the tune to the classic “Ish Chassid” on JEP II (1975), as well as the accompanying English words so many children of the 1970s grew up with (“One night a man knocked on my door, at a glance I could see he was poor… Remember my child as long as you live, to people in need tzedakah to give…”); and who could forget the leibedig “Bo Eshbos” (“Veshivisi Hashem likrasi…”) from Pirchei 5, or the guitar-strumming “Va’ani Sefilasi” from D’veykus 2?

Scharf’s first studio voice encounter happened when he decided to go with his friend Rivie Schwebel, who was already a voice on several records, to the studio one day. “I went along to hear him sing — but Rivie insisted I go into the booth and sing part of the song myself.” Producers Suki and Ding, who were just starting out themselves, were present and they liked the fresh voice. Soon, Ali received calls from them and became a staple voice on their Uncle Moishy and Torah Island albums, and many other Suki and Ding productions, such as the nostalgia-generating Encore! and English Classics. Back in 1978, he and Schwebel were also the adult vocalists on the Amudai Shaish 2 boys choir album.

At one point it occurred to him that instead of selling his songs to others, he could sing them himself. “There is always a certain frustration when someone else records your composition,” Ali reflects. “The producer and arranger interpret the music slightly differently from your own musical vision, and the backup vocals or harmonies may not be exactly your taste.”

Scharf and Schwebel, together with Yussi Sonnenblick, originally collaborated on an album called Mi Yaaleh (which was rereleased 20 years later under the title The Lost Album). The duo eventually became Scharf, Schwebel, and Levine — a winning trio of voices that captured hearts across the age range. After the release of their debut album, The Pintele Yid, the group gave several performances to sellout crowds in New York City’s Carnegie Hall and European venues.

It’s difficult to pick the most impactful from a sheaf of great songs, including classics that the group made famous, such as Rabbi Chait’s “Lo Amus” (from their second album, Areshes Sifsosaynu, with songs of Ali Scharf and Baruch Chait), but one of the most beloved Ali Scharf songs is the moving “Daughters,” a sweet, thankful tribute to his own family of girls that has been rerecorded many times, its melody borrowed for other compositions as well. The song is from The Pintele Yid, whose title track of the same name became a hit English song, reflecting the hope for our estranged brothers and sisters (“Did you have to remind me, I thought it was all behind me…”).

Arranger Suki Berry, who learned in Yeshiva Rabbeinu Chaim Berlin together with Scharf, has written the arrangements for all his albums, and the two still talk about getting together for another run. 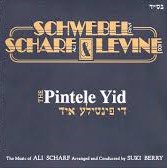