In his masterful commentary on the siddur, Rav Shimon Schwab tells of a group of Jews being taken to their deaths by the Nazis. A gadol among them suggested a particular tefillah to recite as their last words before they were murdered.

Surprisingly, it wasn’t Shema Yisrael. Instead, he chose the paragraphs that immediately follow the Shema in our morning prayers.

In this tefillah, which begins with the words, “Emes v’yatziv, true and certain,” we respond to Ani Hashem Elokeichem, the last words of the Shema, by affirming its truth for all times and in all places. The emphatic, unequivocal words of this prayer express our absolute belief in HaKadosh Baruch Hu and His Torah: “Emes — the G-d of the world is our King; from generation to generation He endures... His sovereignty and faithfulness endure forever… His words are living and enduring, believed and cherished, forever and for all eternity… true and faithful, this is an unbreachable law, and we have no other G-d besides You.”

When the Jews’ dire circumstances seemed to belie this message, the rav sought to impress upon his people that Hashem and His Torah are eternal and unchanging. This is the affirmation of netzach.

Shmuel Hanavi (I:15:29) describes Hashem as “Netzach Yisrael,” and he goes on to say, “He will neither lie nor change His mind.”

Netzach can be translated as “victory” or “eternity.” The connection between the two concepts is clear: Since Hashem is eternal, He will always be victorious against His enemies. Also, Hashem acts as a menatzeiach, a conductor who is in a position to survey the entire orchestra and direct it properly. Hashem sees the big picture, assigns all the roles, and trains all the players. He runs the world according to His plan, and His intentions always prevail.

The Seven Sefiros can be subdivided in a number of ways. The first trio, chesed, gevurah and tiferes, are primary, and the next trio, netzach, hod, and yesod, are their extensions. Netzach and hod are represented by the right and left legs.

Netzach, the right leg, is the extension of chesed, the right arm. Just as the legs propel the body forward, netzach continues the flow of chesed and channels it judiciously.

Hashem’s attribute of netzach is an answer to the age-old question of why the righteous sometimes suffer and the wicked prosper. According to the explanation of the Vilna Gaon, netzach is long-term chesed and short-term din. What looks like din may ultimately prove to be chesed, if one looks at the greater picture.

For example, Hashem may be punishing the tzaddik for his few sins in this world, so he can enter Olam Haba in a purified state and earn eternal reward. This is the netzach perspective — focusing on eternity rather than on the here and now.

Netzach is the fourth Sefirah, and we focus on it during the fourth week of the Omer. We’ve explained that the Sefiros are middos of Hashem that we’re meant to emulate. Yet how can each of us, mortal residents of a transient world, tap into the power and possibility of netzach, eternity?

The metaphor of the leg indicates that netzach is not an internal middah, but a middah that helps us grapple with opposition from the outside. Just as a leg extends outward from the body, so netzach contends with external, opposing forces. Thus, while chesed reaches out and engages, netzach stays inspired and continues to engage.

Netzach is about persevering, prevailing, and winning. It’s the ability to make things happen by fighting passivity and overcoming lethargy, setting goals, and pressing forward to meet these resolutions. When challenges arise and obstacles appear, the netzach personality is undeterred.

We’ve explained that each of the Sefiros is linked with one of the leaders of Klal Yisrael. Netzach is represented by Moshe Rabbeinu, who’s associated with the eternal Torah. He extended the chesed of Avraham Avinu by giving us the greatest of all gifts.

Torah gives us the legs that take us to eternal life; it provides the ammunition to win the greatest battle of our lives, the war against the yetzer hara and the kochos hatumah, the impure forces.

Moshe typifies the attribute of netzach because he fought and persevered in his role as leader and lawgiver. He contended with Pharaoh in Mitzrayim and persuaded the malachim to relinquish the Torah to mankind.

Life is full of obstacles and conflict, and these can take the form of external clashes or inner turmoil. In the face of distractions, disappointment, and despair, how do we remain true to our mission?

Netzach requires patience. Sometimes it takes a long time to achieve victory, and it’s difficult to keep soldiering ahead. Eternity seems to be taking, well, an eternity.

“Vayehi erev vayehi boker, and it was evening and then it was morning.” This repetitive phrase (see Bereishis, perek 1) describes a basic pattern in creation: The new day begins at night; there is no light without prior darkness.

This pattern has many applications. The turbulence of childhood heralds the maturity of adulthood. Galus Mitzrayim preceded Yetzias Mitzrayim. Olam Hazeh paves the way to Olam Haba. Struggle produces growth. And what looks like din can be a precursor to chesed.

The midrash (Bamidbar Rabbah 19) offers similar examples in its comments on the verse, “Mi yitein tahor mitamei, Who can extract purity from impurity [Iyov 1:4]”: Who brought Avraham from Terach… Klal Yisrael from idolaters… the World to Come from This World?

Indeed, how does this happen? Who decreed that it be so? The end of the pasuk answers its own question: “Is it not He, the Only One?”

In ancient times, idolaters believed that there were two gods: the “good god” who brought blessing to the world and the “bad god” who unleashed trouble and tragedy upon mankind. But we know that Hashem is Echad, the Only One. And if this is so, then He created everything in the world — including purity and impurity, the yetzer tov and the yetzer hara.

And the ultimate goal is to “extract purity from impurity.”

Much of our despair when facing difficulties stems from the mistaken notion that problems are abnormal and unnatural. If we recognize that impediments and challenges are Hashem’s way of nurturing our growth, we’re more likely to overcome them.

Situations that we perceive as obstacles, “in the way,” are instead “paving the way” toward a better future. Thus, the difficult child teaches us patience, the rigors of parnassah train us in bitachon, a neighbor’s insulting remark tests our self-control, and the temptation to lie or cheat flexes our honesty muscles. The knowledge that troubles are sent by Hashem to provoke our growth empowers us to forge ahead and overcome our obstacles.

When we look at life through the lens of netzach, we’re the conductors who are able to see the big picture, which includes our ultimate goal and ultimate future. Akaviah ben Mahalalel in Pirkei Avos (3:1) references netzach when he imparts his famous words of advice: “Look at three things, and you will not come to sin. Know from where you have come, to where you are going, and before Whom you are destined to give a judgment and accounting.”

The attitudes, responses, and choices of the person who focuses on Olam Haba are vastly different than those who are immersed in temporary comforts and urgencies. When one is able to identify what is real, lasting, and permanent, and maintain that consciousness, that’s netzach. We can say about this person that he lives in Olam Haba, the life of eternity, in this world.

The Vizhnitzer Rebbe, the Yeshuos Moshe ztz”l, used to wonder at those who spend their lives worrying about having parnassah in this world but give nary a thought to their provisions for the next world. He would say, “Why are they worrying about the next 70 years and not about the day after those 70 years — the day when they’ll have to stand before the Heavenly Court?”

The Chovos Halevavos (Sha’ar Yichud Hamaaseh 5) tells the story of a chassid who met a group of soldiers returning from the battlefield, flushed with success. He said to them, “You’ve returned in victory from the small war; you must now prepare yourselves for the great war.”

Puzzled, they asked, “What is this great war you speak of?”

He replied, “The war against the yetzer and its forces.”

This is the mission statement of netzach: finding ourselves within the big picture of life, recognizing our roles as warriors for the eternal Truth, targeting the enemy, and preparing for the Great War that will determine our place in eternity.

A Nation that Lives Forever

An alternate interpretation of the verse we mentioned earlier, “Netzach Yisrael lo yishaker, the Eternal of Yisrael will not lie,” is that it refers not only to our Creator, but to ourselves. We, the Jewish People, are eternal.

When reflecting upon the persecutions, pogroms, and genocides we have undergone, Rav Yaakov Emden famously writes that our very history is the greatest testimony to this truth. “We, the Jews, who cleave to Hashem, are chayim kulanu hayom, we are still alive today. And I consider this to be the greatest of all the miracles and wonders that our nation has experienced throughout the ages. And the longer the galus, the greater the miracle.”

Lastly, netzach Yisrael refers not only to the nation as a whole but to each individual. The Maharal notes that mortal man and eternal life seem to be incongruous, until we remember that our essence is not the guf, but the neshamah, which is eternal.

Rav Simcha Zissel of Kelm offers an additional solution to this paradox. He writes that we become immortal when we study and acquire Torah, for a person is one with his thoughts. Torah is emes, and emes is eternal. When Torah becomes part of our very being, we ourselves are emes v’yatziv. 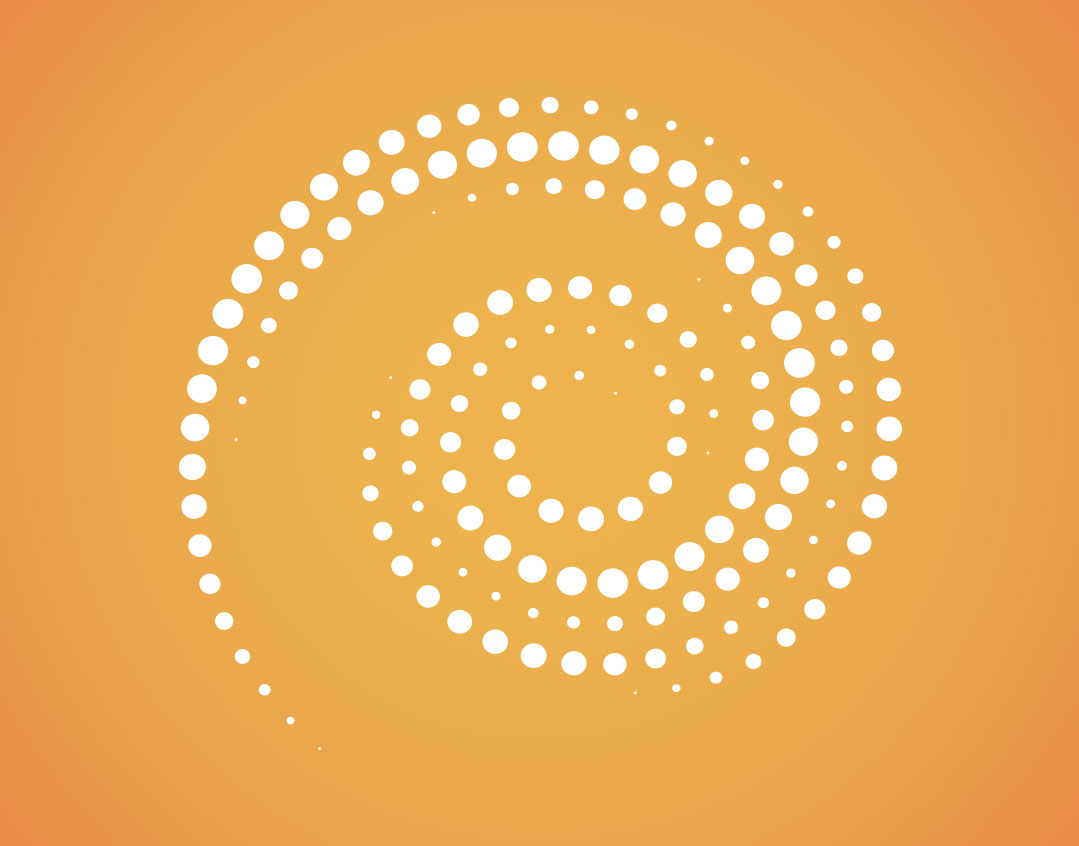 Clear out your ego and make room for His Kingship

Perfect balance is the source of true beauty

Relinquish your desires, and expand your self

How does the act of counting serve as a cleansing agent? What is the meaning of the prayer’s reference to “today’s Sefirah”? And what is the “Omer” in “Sefiras Ha’omer”?