"You must be hungry,” Mrs. Weiss said to Devory.

Devory shrugged. “Anything is fine.”

“More like toast and tea, or macaroni and cheese?”

Devory’s eyes flashed. “Why do you do it?”

“What does that mean?”

“It means that I walk around on eggshells all day,” her stepmother said. “It means that I never know what kind of mood you’ll be in, so I’m always on guard. It means that I also have feelings, but somehow it seems that that doesn’t matter. It also means,” her voice was gentle now, “that when I married your father, I thought life would be brighter.”

“And you, Devory. And Malky and Benny and Eli, and Miri too. I wanted it to be brighter for everyone.”

Devory snorted. “If you wanted things to be brighter, you should have asked me first instead of barging in here and taking over.”

“Is that how it seems? That I barged in?”

Devory rolled her eyes and looked away.

Mrs. Weiss walked closer to her. “Devory, look at me.”

Devory breathed through her nose, her chest heaving, but didn’t turn her head.

Devory looked at her. “You’re sorry?” Her tone was doubtful.

“Yes. I should have talked to you. I should have asked you about your thoughts. You have as much right to happiness as I do. I’m sorry. I didn’t mean to barge in and take over.”

“So what should we do about it?”

Devory’s mouth opened. “W— what do you mean, what should we do?”

“Exactly what it sounds like. Your father and I are married. Happily married, Devory.” She searched Devory’s eyes. “How can we fix things so you’re happy too?”

“You know that I’m not going anywhere.” Mrs. Weiss grinned. “I kinda like it here.”

Devory’s eyes filled with tears. “So do I.”

“Any ideas on how to make that happen?”

“I have some ideas.” Mrs. Weiss put an arm around Devory and wasn’t surprised to feel her stiffen.

She lifted Devory’s chin. “Will you give it a try? We’ll take it slow.”

Devory wiped the tears that coursed down her face. “Okay,” she whispered. 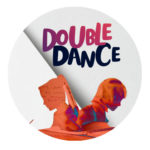 “Hi, Miri,” Benny said. “We were looking for you but stopped by the balloon man. Look at this cool sword he made me.”

“I guess we’re all going to the balloon man,” Miri said.

“Sure!” Miri knew the single word came out too loud, but she was relieved her connection to Mr. Weiss was still a secret. She’d deal with it when and if she had to. Maybe she’d never see Rikki and Ruchie again.

Miri watched them run off and took a deep breath.

“Are they your brother and sister?” Ruchie asked her.

Miri laughed. “Sorry, I was spacing out for a sec.”

The girls laughed with her.

“So, what grade are you in?” Rikki said.

“Same, in Bnos Miriam. What school do you go to?”

“OMG!” Rikki said. “I have a friend who goes to Bnos Leah Rochel.”

Miri licked her lips. “Really, who?”

“Devory Weiss? Do you know her?”

“Um, Devory Weiss?” Miri’s head moved up and down like a bobblehead figure. “Yeah, I think I know her. I mean, I do.” She knew she sounded like a weirdo.

“So basically, we go to the same camp every summer. And OMG! She also has a special brother named Eli.”

“You must say hi to her for me,” Rikki said.

“Hey!” Rikki said. “Do you know if her father remarried?”

“Yes. I heard that a Mr. Weiss got married, but I’m not sure if it’s her father.”

Rikki frowned. “Oh, so, you probably don’t know her so well.”

Miri let Rikki come to her own conclusion.

“Shoots, I wish I knew if it was her father.”

“Why?” Miri let curiosity get the better of her.

“Because if Mr. Weiss got remarried then I know he’s Devory’s father. I know it sounds like I’m a yenta,” Rikki said, “but basically, Mr. Weiss is suing Ruchie’s father and I wanted to call Devory and ask her to ask him not to.”

“Yeah, I kind of overheard your conversation before.”

Rikki’s eyes filled with sympathy, “Mr. Friedman doesn’t deserve to be sued. He’s such a nice man, and I’m not just saying that because Ruchie’s my best friend.”

“I feel so bad,” Miri said. She gave Ruchie a sympathetic look. “Sorry.”

Miri still felt guilty. She hoped Ruchie’s family was rich, it would make the whole suing thing easier for her to swallow.

“And,” Ruchie continued, “I know for sure that my father is innocent. He just made an honest mistake.” Her voice broke. “I— I don’t know why we’re even talking about it.” She shot Miri an apologetic smile. “It’s not like you can really do anything. Let’s just get balloons and forget about it.”

“Don’t give up, Ruchie,” Rikki said, “Miri can speak to Devory.”

“No,” Ruchie said, “Just forget about it. Devory won’t be able to stop her father anyway.”

“Maybe she can,” Rikki said. “If I asked my father something like that, he would totally listen to what I was saying.”

Ruchie clucked her tongue. “Mr. Weiss is not like your father.”

“Tell me about it,” Rikki huffed.

“I’m sure he’s really nice,” Miri said. “Sometimes in business, people are, you know, different than they are in regular life. Maybe you shouldn’t judge him.”

She knew her stepfather would drop the lawsuit if she told him how difficult it was for Mr. Friedman. She had seen a different side to him — a caring one. She suddenly realized that she was defending him. More than that, she didn’t like that the girls spoke negatively about him. Miri stopped in wonder when she realized that she actually liked him.