As told to Leah Greenburg

Sometimes it’s the not knowing that’s most disturbing.

And don’t tell me to talk it out, like everyone else in my life has been advising me. What could she say that would make me feel better? “I just don’t like you anymore”? “You were too much, I needed other friends”?

Even if she says “I’m sorry,” there’s always going to be a “but…” And I just feel so vulnerable and hurt, I can’t imagine it would make me feel better.

Telling her that I want to talk about it makes me feel like I’m begging for her friendship and I’m just not going to do that.

Am I getting ahead of myself? Well, then let me fill you in.

For a start: My family’s nuts! Not in a bad way, I guess — just I’m the oldest of nine kids and there’s always a ton of noise and mess going on. My parents are very relaxed and not particularly organized, and besides us kids squabbling constantly, I suppose my house is generally happy.

At least that’s what Malki said when she first visited one Shabbos, four years ago. She kept looking around, while I squirmed with embarrassment and tried to pull her away from the chaos to the relative quiet of the fortress that is my bedroom. But her eyes were glowing. “This is beautiful!” she kept saying. “Like a real family! There’s so much noise and fun and stuff going on…” She wanted to sit in the middle of things, read to my younger sisters, crack jokes with my younger brothers, and talk to my mom.

In fact, I quite liked her quiet little apartment where everything was in an order, neat and tidy. She shared a room with her younger sister, but they got along nicely and were super close. Her mom was a single parent, her father had died when she was five.

On day, when I finally got Malki to myself, she told me, “I love your family, I love your house. This is exactly what I hope to have when I get married and have a family myself. Lots of kids, lots of noise, lots of mess.”

Even though much of the time I just wanted peace and quiet, I suppose it made me feel good that I had something enviable. It helped me appreciate what I had. My mother always told me that one day all of us kids will be grown, and we’ll likely be the best of friends. It’s not something I could really imagine, but it sounded wonderful that the chaos wouldn’t last forever.

Anyhow, back to Malki: She was really sweet, a good listener and she seemed to like me as much as I liked her.

After the seudah, we’d go for a walk, to the park, to Bnos, or anywhere really, heads bent together, sharing everything on our minds.

It continued for a few years.

I loved it — I had a best friend, for the good times and the bad. Someone to go to Melaveh Malkahs and parties with, instead of feeling alone or too intimidated to attend at all. When Malki’s aunt got sick and passed away, I was there, every day at the shivah, bringing food from my mother, listening as they talked about her.

And then quite suddenly, something changed. Without any warning.

One week, Malki was supposed to be coming for Shabbos and then late Friday afternoon she called and left a message with my younger sister that she’d be going to our friend Dassi’s instead.

Dassi’s much cooler than I am and I hadn’t even realized they were friends.

I felt a little taken aback. Couldn’t she have let me know towards the beginning of the week, before I made the fancy brownies that I know she loves?

When my little brother asked where Malki was, I answered honestly, “She got a better offer this week.” Did I sound bitter? Maybe I felt a little bitter....

The next week Malki was back and the week after too, and things were mostly back to normal.

And I mean mostly.

I asked her how her uncle was doing since her aunt died, and unlike her usual monologues about how he wasn’t eating, and everyone was getting nervous about him, she shrugged and said, “Fine.”

I asked if she’d settled on a subject for the teacher that assigned us to do a project on whatever we’d wanted. Her answer: “I don’t talk about schoolwork on Shabbos.”

I know some people really don’t, but that was a first for Malki. Actually, it made me feel like she was physically holding up a sign that said, “I don’t want to talk to you.”

I didn’t know what to say next. The situation seemed stilted, awkward. I was cringing. Worst of all, my family was there, witnessing the weirdness of it all.

Right before bentshing, I said, “Hey, do you want to walk to the park? It’s such a beautiful day.”

After we bentshed, I went to the bathroom and then disappeared to my room to change my outfit. When I came back, Malki was gone and my little sister said to me, “Malki said to say goodbye to you. She decided to go somewhere else instead.”

Clearly, things weren’t the same. But I wasn’t sure why.

The next week at school, things were even more strange.

You know how you can kind of feel sometimes like you’re the only one invested in a friendship? I was always the one calling her, and she wasn’t calling me. I was always seeking her out, she never sought me out. I had tons I wanted to tell her, to discuss with her, but she seemed to have nothing to say to me... and in fact, after a while, she seemed to have no interest in what I was sharing.

She’d clearly checked out of our friendship.

I spent weeks crying into my pillow at night, soaking it with my tears, muffling the sound as much as I could so no one in my family would witness my pain.

She’d checked out, so I checked out too. Why should I keep calling her when she was clearly uninterested?

A few people asked me what happened, but I only shrugged. “Nothing… we’re still friends,” I said defensively, thinking, even if it’s just by a shoestring....

A few weeks later, I got really sick and had to stay home from school. Malki didn’t call or offer to help me with my schoolwork or anything. I got regards from a different visiting classmate. “Hey, Malki says refuah sheleimah.” The lump in my throat was even worse after that.

I felt so lonely — she’d been my closest friend for years and now I was just… all alone. I was hurt and angry. I didn’t know what had happened.

Anyhow, months passed, and nothing changed.

And then suddenly I heard the news: Malki’s mom was engaged — to none other than the uncle of one of the most popular girls in our class! It turned out that all the popular girls had known they were going out.

I looked on as our class made a huge fuss over Malki, wishing her mazel tov, asking about the wedding and plans for the future.

I hadn’t even known! From best friends, practically sisters — to nothing. I was devastated, but I wished her mazel tov anyway.

Surprisingly, she clutched me. “You’re such a good friend,” she practically cried. “I’ll miss you so much!”

Clearly, she was all emotional, her life was changing… but I felt all twisted inside when she said that.

She’s been surrounded with lots of friends ever since and I feel like I’m on the outside looking in, knowing she’s about to leave, waiting for that relief but also still so hurt and devestated and confused and nervous about trusting people and getting close to anyone ever again.

I guess if there’s one thing I learned from our friendship, it’s this: I’d felt like the giver all this time, giving Malki a “family,” and the noisy, “exciting” Shabbosim that she craved so much… but I guess in any friendship there’s both give-and-take. Clearly, she was giving something to me that I needed and wanted just as badly, because boy, did I miss it when it was gone. 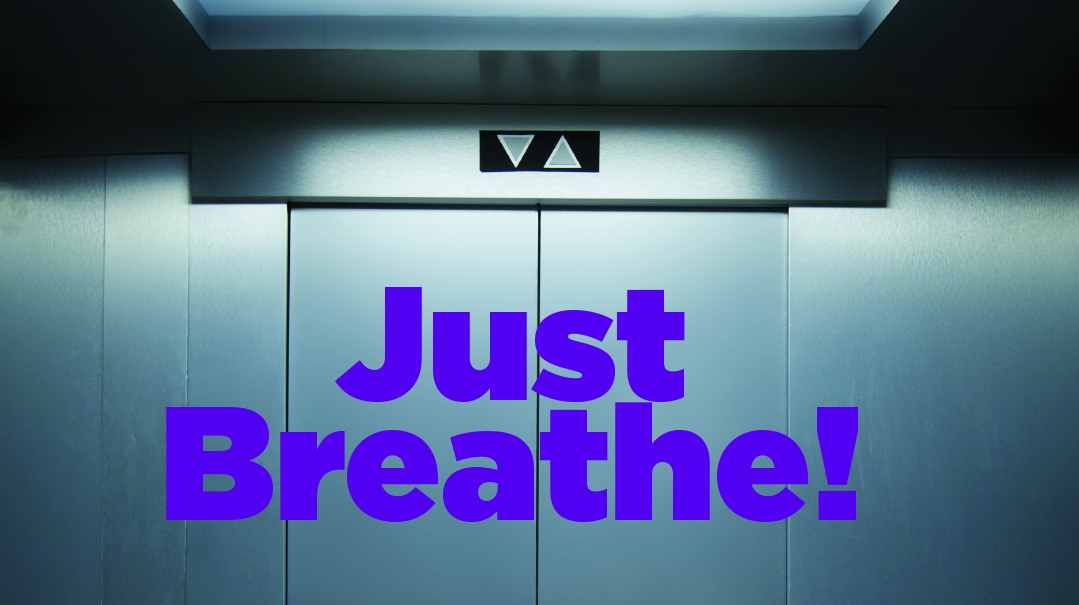