Reliving the shame of a princely nation dethroned 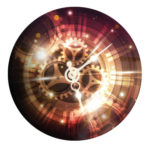 Ialways anticipate the weeks preceding Tishah B’Av with a measure of ambivalence. The shallow part of me finds the prohibitions against music, bathing, and fleishigs taxing on my sweaty, carnivorous, and music-loving crew. Additionally, the upbeat summer atmosphere takes a substantial hit when the focus shifts to destruction and mourning.

More significantly, I struggle to establish and sustain a mindset that’s appropriate for this period of the year. Not all meaningful points in the calendar present me with this challenge. The spiritual work of the Yamim Noraim is blessedly transparent: focus on regret for past misdeeds, request forgiveness, and construct a plan for improving in the coming year.

Not so with Tishah B’Av. As the fast day looms closer, its avodah and requisite spiritual input seem increasingly vague. I recognize that we mourn our Beis Hamikdash and should reflect on Klal Yisrael’s national losses. I acknowledge that we must think of all this galus has wrought and appreciate the transformative power of geulah. But what is it that I’m actually meant to do? Is my avodah to eke out a few sincere tears?

Rav Moshe Schwab draws a similar contrast between the clarity of our spiritual directives during the Yamim Noraim and the ambiguity of our spiritual roles on Tishah B’Av. Rosh Hashanah and Yom Kippur are all about doing. We crown Hashem our King, hear the shofar blasts, summon regret for our aveiros, and say Vidui. Tishah B’Av, however, is characterized by aveilus, profound mourning. And aveilus is not about doing; rather, it is a state of being.

During aveilus for a beloved relative, an avel is so consumed by loss that he is halachically proscribed from activities that may distract from mourning. More than anything else, the period of mourning is articulated by what he’s not doing: No bathing, no shoes, no sitting on regular chairs, no laundered clothing. Because aveilus is not about doing; rather, it’s a painful state of being. Even the phrases we employ to describe mourning convey this idea: A person doesn’t do aveilus, he’s in aveilus.

Where the Yamim Noraim demand vigorous activity, Tishah B’Av is marked by the absence of activity. Our avodah on this day is not to do, but to mourn, simply to exist in the anguished state engendered by loss.

The Gemara in Maseches Bechoros (8a) records a lengthy, cryptic dialogue between Rabi Yehoshua ben Chanania and the elders of Athens regarding the outcome of good and bad events. The Maharsha, commenting on this exchange, draws a parallel between bein hameitzarim and the Yamim Noraim.

Both span a 21-day continuum: Shivah Asar B’Tammuz through Tishah B’Av is 21 days, and Rosh Hashanah through Hoshana Rabbah is 21 days. However, that seems to be where the parallel ends. The days of bein hameitzarim portend darkness and gloom, while the Yamim Noraim are a hopeful, auspicious time.

The elders of Athens, true to their Greek pedigree, contended that the similarity between bein hameitzarim and the Yamim Noraim was purely coincidental. Sometimes the Jews had a 21-day stroke of bad luck, other times three weeks of fortune shone their way. However, Rabi Yehoshua ben Chanania understood that nothing in Hashem’s world is incidental. We must see Hashem’s imprint in the fact that bein hameitzarim, a 21-day sequence, is followed shortly by the Yamim Noraim, another set of 21.

What is the common denominator of these two segments in time?

Rabi Yehoshua identified in both an equally profound power of kapparah, atonement. The Yamim Noraim, a time of intense yemei ratzon from Hashem, are primed for kapparah. And the affliction we suffer during bein hameitzarim serves as a vehicle for kapparah as well.

The correlation between these two segments is more inherent than a simple parallel of outcomes. Rather, the kapparah earned during bein hameitzarim is the bridge accessing the kapparah of the Yamim Noraim.

Where do we find an allusion to this bridge?

Typically, the haftaros we read on Shabbos draw from sections in Navi that complement the weekly parshah. Remarkably, all the haftaros that span the weeks of bein hameitzarim through the Yamim Noraim deviate from this model.

For three weeks of bein hametzarim, we read the talta d’poranusa, the three haftaros of misfortune, followed by seven weeks of sheva d’nechemta, seven haftaros of consolation, capped off with two weeks of tartei d’tiyuvsah, the two haftaros of teshuvah. The haftaros convey us on a journey chronicling pain and disgrace, consolation and relief, culminating in genuine teshuvah.

On Tishah B’Av, sitting low on the ground, we relive the epic shame of a princely nation dethroned. Eichah is the primal cry of two thousand years, echoing from the throat of Yirmiyahu to Klal Yisrael today. But it reverberates with dual significance, as the word “eichah” can be revoweled to read “ayekah,” the iconic question Hashem asked of Adam Harishon immediately following his sin. Thus, Eichah, “woe to a nation once distinguished and esteemed,” merges with the searching call of “Ayekah, where are you now?”

The cry of “Ayekah, where are you?” speaks in the authentic language of mourning. It’s a statement that issues from true aveilus, where instead of doing, we simply exist in a state of being. From this place of being, we slowly look around and begin to digest the bitter truth: Something is lacking, and we are no longer who we once were. When mourning for a loved one, we realize that in their absence, things will never be the same again. When mourning for the Mikdash, we understand that in its absence, we are eons away from who we should be. This is the thrice-told message transmitted with the three haftaros of puranusa: We are no longer where we once were.

The sheva d’nechemta are the consolation following turmoil. These seven haftaros of nechamah read like a balm for our scarred nation, promising that not all is lost, Hashem has not forsaken us. But the word nechamah, comfort, has an alternative reading. Rashi in Bereishis (6:6) teaches that nechamah indicates a change in perspective.

Years ago, I attended a shivah for a neighbor whose son had been tragically killed in a traffic accident on the way to cheder. We all sat silently, trying to wrap our heads around the sudden loss. If our hearts were shattered, what of his parents and grandparents? And how could we integrate this sorrow without tainting our emunah in Hashem as a G-d Who only does good?

The child’s mother shared a thought that had given her nechamah, an idea that another mother who lost a child under tragic circumstances had shared. “When my Yanky’s neshamah was sent down to this world, it was a neshamah that needed only ten years to fulfill its mission on earth. Now that his tafkid was accomplished, it was time for Hashem to gather him back to Shamayim. But how? A person’s life can end in many ways.

“Hashem, in His kindness, chose to take Yanky while he was on the way to learn Torah, for which a person receives sechar halichah. From all the ways he could have been taken, Hashem took him while he was accomplishing one last mitzvah in his young life.”

This is a change of perspective. This is what gave her nechamah.

From the depths of aveilus, when we look around and consider all that is not what it should be — the superficiality that pervades our communities, the intolerance for Jews whose backgrounds and lifestyles differ from ours, the children drowning in emotional pain, adults blinded by the allure of prosperity, people living only a fraction of their true spiritual selves, we cry “Ayekah!” Where are we? Can we ever be redeemed?

But recognizing where we are is how the healing begins. We focus on nechamah, and our perspective is altered: True, we are in a bad place, but we can do things differently. We are not slaves to our past misdeeds; we are capable of change.

After seven long weeks of working to shift our focus to what we can do and who we are capable of becoming, we’re finally prepared to embark on the path to teshuvah. The Yamim Noraim beckon, with the haftaros of teshuvah our faithful guides.

We have finally crossed the bridge.