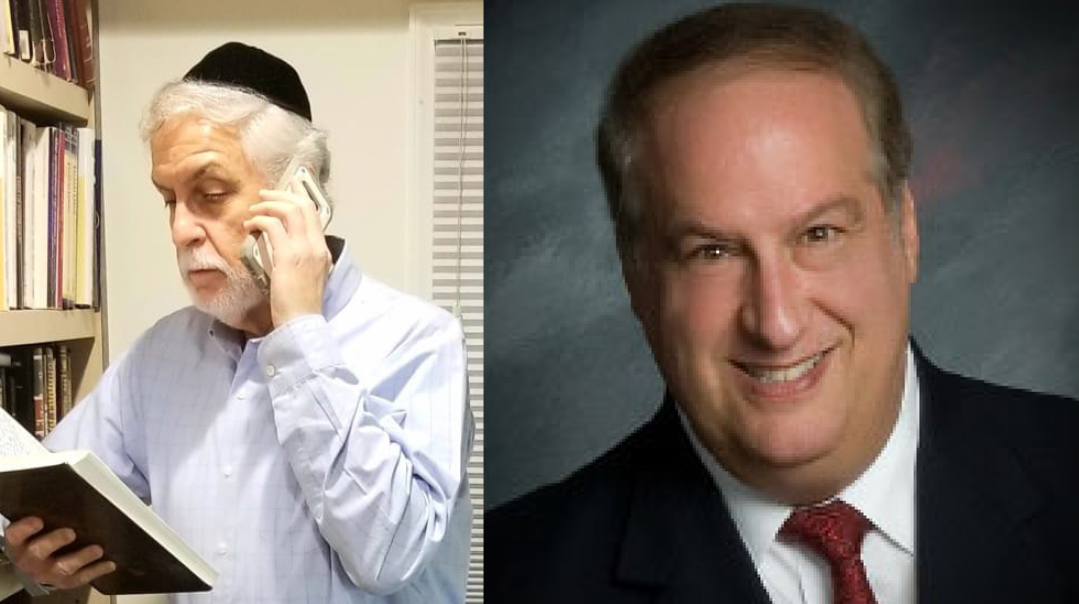 hen Rabbi Yissocher Frand arranged a chavrusashaft between two longtime Baltimoreans, little did he know he was setting into motion a partnership that would last for decades, and also enabling the continuation of a half century of learning that had begun with their fathers.

Jeff Cohn, the proprietor of the Baltimore Jewish Life website, had been going through a rough period after his father’s passing in March 1988. Trying to get his life back on track, Cohn reached out to Rabbi Frand, a close friend, for advice.

“He asked me several questions about my daily life, and the clincher was when he asked me if I learn every day,” recalls Cohn. “When I told him I didn’t have time, he immediately honed in on that nekudah and said, ‘You have to learn every day, even a little bit. It doesn’t matter what you learn, as long as you learn.’ ”

Rabbi Frand arranged a chavrusa for Cohn, pairing him up with fellow shul member Eli Schlossberg. While Rabbi Frand knew that the two were lifelong friends, he had no idea that their fathers had learned together every Shabbos morning for more than 40 years.

Picking up where their fathers left off, they began their chavrusashaft by delving into Kitzur Shulchan Aruch for five minutes every weekday, eventually adding Sundays to their schedule as well. After completing the sefer they made a gala siyum, with Rabbi Frand serving as the guest speaker and choosing their next sefer, a pattern that has continued ever since.

After completing Kitzur Hilchos Shabbos and Sefer Hachinuch, Cohn and Schlossberg spent the next 13 years finishing all of Shishah Sidrei Mishnah. Mishnah Berurah came next, an 11-year commitment. They have been learning Chamishah Chumshei Torah with Rashi since November 2017, and are currently nearing the end of Sefer Shemos. Both ArtScroll and the Torah Communications Network’s recorded shiurim have helped the chavrusas through difficulties they have encountered during some of the more daunting patches of their learning.

While Cohn and Schlossberg had originally planned to learn during their lunch hours, their daily phone calls have shifted to whatever free time they can grab over the course of their waking hours. Schlossberg, a well-known community askan and a trustee of Baltimore’s Ahavas Chesed Charity Fund, notes that there have been times when his phone has rung moments before midnight, with Cohn calling to verify that they hadn’t missed a day. While in today’s age of information communication is a relatively simple matter, things were far more complicated when the two began learning, and Schlossberg remembers using satellite phones while on a cruise ship to connect with Cohn.

Both men credit their wives with keeping their learning on track, issuing reminders as needed to make sure that their chavrusashaft doesn’t fall victim to their day-to-day lives. Cohn shares one incident fairly early on in their partnership from the days before cell phones, when they were learning Sefer Hachinuch and neither he nor Schlossberg was home to open up the sefer. Both men called into Schlossberg’s wife, Ronnie, who conferenced them together.

“She had the sefer there in front of her with the bookmark in it,” says Cohn. “She read and we learned. Bli ayin hara, we haven’t skipped a day in learning since June 1988.”

As in any relationship, there have been times when things have been a little tricky. Schlossberg laughingly describes a brief period where he and Cohn had had a serious disagreement, the fallout from which lasted several weeks.

“Jeff decided that he wasn’t talking to me, and that’s a problem when you’re learning together,” says Schlossberg. “He would call and he wouldn’t even say hello — he would just start learning right away and that would be it.”

Over the years the two have been through thick and thin together, and Rabbi Frand recalls that he made the shidduch between Cohn and Schlossberg up because they grew up in the same shul, had similar backgrounds and skills, and were both “shtarke Yekkehs.” He says that he has seen the two evolve over the years as they have scaled new heights in hasmadah together.

“If you learn Torah bichlal and halachah bifrat, you become more makpid and more medakdek, and I think both of them have grown in that way,” says Rabbi Frand, who readily admits that he never would have imagined that Cohn and Schlossberg would still be learning together more than three decades later.

To Schlossberg, the key to their enduring chavrusashaft is obvious.

“Consistency is the name of the game, and we don’t miss,” explains Schlossberg. “The trick is not the amount of time we spend, but the consistency, the steady drip-drip-drip of learning together day after day. It all adds up, even when it’s for a short amount of time, and it’s amazing how much you can accomplish.”

That commitment to a shared goal was in evidence this past summer when Cohn underwent a quadruple bypass that kept him sidelined for several weeks. With little time available before his surgery to make arrangements for his absence, Cohn made sure that his son Gobbie would take over his daily seder, ensuring that a third generation would continue the Cohn-Schlossberg chavrusashaft, the proverbial chut hameshulash stubbornly refusing to unravel.

Cohn sees his daily dose of learning as a nonnegotiable part of his day, as well as a source of personal fulfillment.

“I may not be the world’s biggest talmid chacham, but I know that I’m out there every day doing what I need to do,” says Cohn. “We know that in the Olam Ha’emes, we’ll be asked if we set aside time to learn every day, and I’ll be able to honestly answer that I did. I’m learning HaKadosh Baruch Hu’s Torah, and Eli and I are continuing our father’s legacies, a chavrusashaft arranged through a clear demonstration of siyata d’Shmaya. What could be better than that?”