ften, when people ask for shidduch information about a yeshivah bochur, they ask whether he will be kovei’a itim, set aside time for learning, once he leaves yeshivah.

At that point, the answer is certainly that he will. After all, a person who is currently learning full-time undoubtedly appreciates the value of Torah study.
What happens later? What causes some young men to fall in this area?
Entropy is the natural tendency of things to slide into increased levels of disorder and chaos, unless great effort is expended to avoid this. Couple that with our tendency to focus on the new and most immediate challenges in life, and it grows clear why a young man who leaves yeshivah to enter the workforce focuses primarily on succeeding at his new occupation and doesn’t manage to set aside adequate time for learning.
In the yeshivah world, a “chassan shmuess” is considered an integral part of preparation for marriage. A similar shmuess is needed to prepare young men for their adjustment to the workforce. Will one shmuess, or even a series of shmuessen, really reverse a trend? Not on its own — but it will serve to redirect the person’s focus, creating awareness of a need for a spiritual focus during this transition.
Rav Yaakov Kamenetsky ztz”l would offer the following insight to his talmidim. When Yaakov Avinu set out to Lavan’s home, he detoured for a 14-year stint at Yeshivas Sheim v’Eiver. But he was 63 years old and had learned all his life in his father’s yeshivah. Why make the switch now?
Rav Yaakov answered that in Yeshivas Yitzchak, Yaakov Avinu learned the Torah of the home of the Avos. Now, he was setting out for Lavan’s home, a very different environment. Yeshivas Sheim v’Eiver prepared him for that setting.
Hearing this, I wondered: What do we know about the unique teaching of Yeshivas Sheim v’Eiver? Couldn’t we use some of that instruction today?
Chazal revealed to us only one unique aspect of Yeshivas Sheim v’Eiver. As Rashi tells us, for those 14 years, Yaakov did not sleep in a bed. He pushed himself to learn, even when tired.
What a preparation for going out to work! Yeshivas Sheim v’Eiver taught mesirus nefesh for learning. Learning when it is difficult.

Is preparing for the workplace all about learning?
Of course not. Young men making this transition need to prepare for the new nisyonos they are bound to face — the challenges of a secular environment with different values than those of the yeshivah. What will they do the first time a coworker makes an off-color joke? What if it’s the boss? Laugh? Smile?
I know people who have earned the respect of their coworkers so that they no longer make these jokes in their presence. But it is difficult to get to that point. It takes unusual strength of character, and must always be accompanied by an admirable degree of interpersonal behavior. People who are happy and positive in their overall relationship with coworkers, who cover for others’ errors and speak well of them, can garner that kind of deference.
But the key to all that is — and always has been — kvias itim, Torah study. Those who stick to learning are best prepared to master the new challenges.
There are two important reasons for this. First, discipline and commitment to regular Torah study build strength of character. We see this everywhere — in bochurim, in kollel yungeleit, and certainly in bnei Torah joining the workforce.
More importantly, the self-image of a ben Torah heading to work is crucial to his success in avodas Hashem. In fact, in one of his letters, Rav Wolbe writes that a ben Torah going into the workplace should seek to maintain the same levush — style of dress — for precisely the reason that he will thus maintain the self-image of a ben Torah.
Beyond the clothing, however, the most important element in maintaining this self-image is the actual learning. If a working ben Torah’s learning falters, and he is unsuccessful in adhering to the kvias itim that he envisioned, he will develop a negative self-image. If he sees himself as having fallen, he may sense that he is no longer a ben Torah. It is a feeling that, chalilah, can feed on itself. This is why a late-night mishmar, Torah sedorim, Yarchei Kallah on secular holidays, and Shabbos sedorim are so important.
Chazal teach, “L’olam yilmad adam b’makom shelibo chafetz — a person should study that which his heart desires.” A person will succeed in his learning and will focus more effectively when he chooses an area of study for which he has an inborn drive.
These words obligate us. In preparing for kvias itim, search for a section of Torah that will resonate for you. Is it halachah l’maaseh, is it the lomdus of the yeshivah masechtos, or is it the drive to finish masechtos and acquire a breadth of Torah knowledge?
Figure it out. Speak to a rebbi who knows you and explore the possibilities. A person with drive is a person who succeeds. Create that drive.
Yes, it takes effort and preparation. But when you think about it, you’ll realize that anything meaningful takes drive and preparation. Otherwise it is all entropy.
And the key to battling that entropy is regular learning. Not just because of the learning itself, but because of the commitment to Torah that the learning represents. —

Rav Yisroel Reisman is a rosh yeshivah at Yeshiva Torah Vodaath and the rav of Agudas Yisroel of Madison. 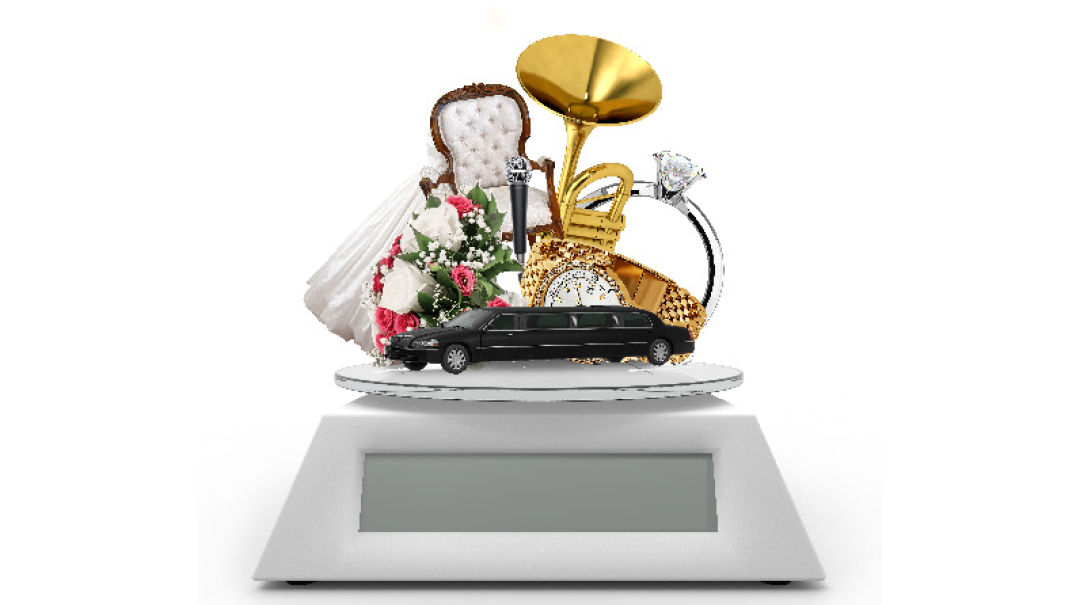 Mishpacha Readers
At All Costs: The Conversation Continues

As parents, we are role models. If we feed these kids a glutton of materialism before and during the wedding, won’t most kids expect it after the wedding?