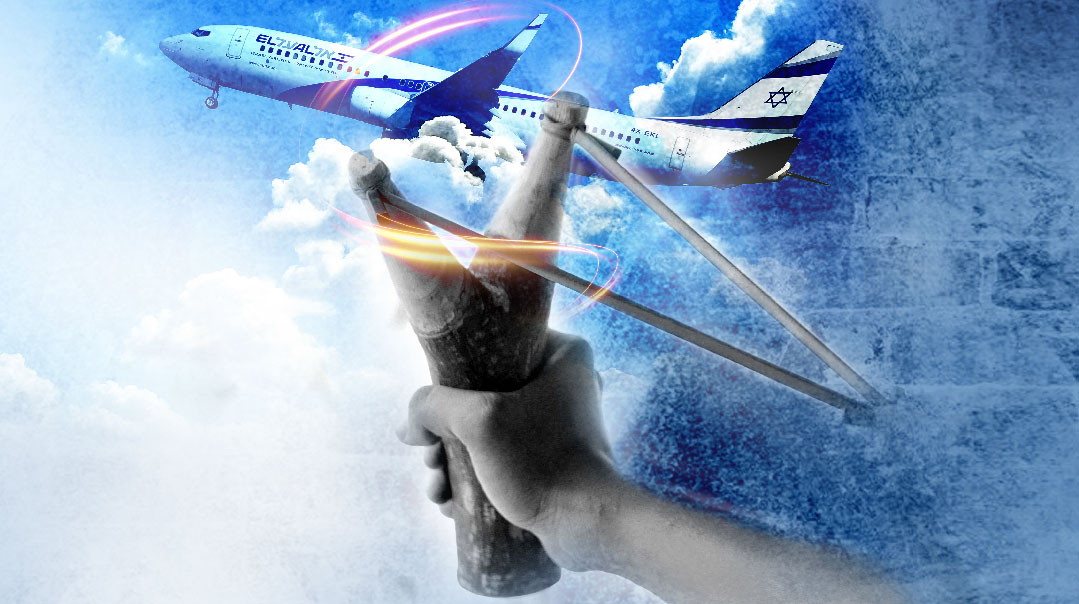 iving in Eretz Yisrael means not just living in a land filled with kedushah, but in a land saturated with our people’s past.

Here in Ramat Beit Shemesh, we Anglo olim are just the newest population strata in an area known for its incredibly rich history, going back to the times of the Tanach — back when Beit Shemesh was a Jewish border town neighboring the Pelishtim on the coastal cities out west, the first Jewish town that you hit if you were, say, a pair of cows pulling a wagon with an Aron Hakodesh inside.

Its proximity to the Pelishtim of Ashdod, Ashkelon, and Gaza (yes, there are some thorns in our side that just never go away) meant that Beit Shemesh and the surrounding Judean Hills were often in the crosshairs when battles broke out. And the scene of one of the most famous battles of Jewish history took place just a 15-minute drive from my home: the showdown between Dovid and Golias.

Sometimes it takes the foolhardy confidence of youth to jump up and volunteer for a challenge that’s patently over your head. Dovid Hamelech stepped up to the plate, backed by his rock-solid faith that he was fighting Hashem’s battle. As for me, I can only attribute my confidence to utter irrationality, back when I was in my mid-twenties and volunteered to be part of the core group to launch Project Inspire.

When I saw the post go out on our local list, asking for people to help start a new kiruv organization, I jumped at the opportunity. Here was the chance I was always looking for to make a real difference in the world!

Never mind the fact that my kiruv experience was limited to learning with a Partner in Torah (also a Passaic-bred kiruv initiative — shout-out to my former hometown!), and that my organizational experience was a big fat zero. Without thinking about my lack of qualifications, I replied to the post, and was invited by Rabbi Chaim Sampson to attend the initial planning meeting.

Driving down Highway 38 from Beit Shemesh, we turn into Park Britannia, a 10,000-acre park developed and restored through the contributions of the UK Friends of the JNF. Once there, we follow the signs for Tel Azeka, the archaeological ruins of what was once a Judean border city. As we climb up the tel (a “hill” or mound of dirt that is formed by the ruins of multiple civilizations), we pass stones along the side of the path, each engraved with pesukim from Sefer Shmuel, recounting the story of Dovid and Golias.

These pesukim highlight the contrast between the blasphemous Golias and Dovid’s conviction that it isn’t might but faith in Hashem that wins wars — culminating in the stone at the very top of the steps, where Dovid proclaims, “You come to me with your sword and weapons, and I come to you with the Name of Hashem!”

The Pelishtim, the navi tells us, were camped between the Jewish town of Socho and Azeka. Their army was on one hill, while Shaul’s army stood on an opposing hill, with the valley between them. While it’s not so clear from the topography which hill held the Jews and which the Pelishtim, once we reach the top of the hill, we see clearly the vast valley where Golias stood and cursed Hashem.

A tour guide points out that the sounds of the traffic from down below echo dramatically loudly up here; when a truck drives by, you can hear it a kilometer away. Standing here, we can understand how Golias’s voice carried to the Jewish encampment, striking terror in one and all.

As soon as I walked into that first meeting, I realized my mistake.

Sitting at the table were a handful of people, nearly all much older and vastly more experienced in the kiruv world than I. The conversation started; they threw out various ideas, debated what would work, discussed planning and strategy… and I sat there, mouth closed, cheeks burning, feeling exceptionally foolish for having thought I belonged there.

I had nothing to contribute, I had no experience or intelligent ideas to suggest, and nothing to offer other than some grunt work like making phone calls.

Standing at the crest of the tel, we have a bird’s-eye view of half the country. A stone sundial-shaped map tells us what we’re looking at: from Chevron in the southeast to Ashdod and the coast to the west. It’s not only a magnificent view; it also gives you a deeper understanding of the battle that was fought, and why this location was viewed as so strategic to both the Jews and the Pelishtim.

The pesukim engraved on a stone here under the comfortable shade of trees tell the climax of the story, when Dovid kills Golias. I gaze down at the valley, picturing the scene from so many thousands of years ago. A jeering, hulking giant of a man, challenging someone to come down and fight, as the Jewish soldiers huddle helplessly, no one willing to take on what is clearly a suicide mission.

What did young Dovid think as he stood here and made the decision to step up and fight for Hashem’s honor?

What is it that propels all of us to step up to a challenge, no matter how over our heads it may be, because it’s that important?

While my foray into the world of organizational kiruv wasn’t exactly a resounding success, the instinct that propelled me to jump headlong into an opportunity that I valued, rather than allow myself to be scared off by my lack of qualification, would serve me well a few years later, when we decided to make aliyah.

The prospect of picking up a family of six and moving across the world was frightening and overwhelming on many levels. Had I stopped to think about all the logistical juggling it entailed, I might have been paralyzed into staying put.

Like Dovid Hamelech, I felt sure that this was what Hashem wanted me to do, and confident that He’d support me. And once we arrived, I leaped again, accepting a job that required Hebrew skills I didn’t quite have. And again, and again.

I did things I never could have believed I’d be capable of, just because they had to be done if we were to succeed in setting up our lives here in our Land.

Standing at the summit overlooking the place where Dovid Hamelech made his monumental decision to fight, I think about the legacy he left us from that battle, a legacy that would inspire generations of Jews centuries and millennia later.

Looking to the north, just past the wadi that forms the Jerusalem-Tel Aviv highway, lies Modiin, where the Chashmonaim famously cried out “Mi la’Hashem elai,” and the small group of Torah-true fighters set out to take on the mighty Greek army.

Behind me, on the other side of the tel, are some of the Bar Kochva caves, where Bar Kochva and his men hid during their ambitious rebellion against the Romans.

Bar Kochva’s revolt ended in defeat — but it has still gone down in history as an inspiring example of one man willing to stand up to the world’s most powerful empire.

To my east is the site of a more modern-day battle: the Lamed Hei road where soldiers fighting for the fledgling State of Israel in 1948 valiantly fought their way through to Gush Etzion, trying to bring reinforcements to the outnumbered fighters there.

On the night of January 15, 1948, these 35 soldiers made their way on foot from Har Tuv near Beit Shemesh to bring desperately needed supply convoys to the Haganah fighters. The plan was to travel under cover of darkness, but unfortunately there weren’t enough hours in the night for their trek, and as they neared their destination, an Arab shepherdess spotted them.

The men debated whether to kill her, but decided to let her live — and she promptly informed the local Arabs of their arrival. The ensuing massacre of these 35 soldiers has gone down as one of the tragedies of modern Israeli history. The defenders of Gush Etzion ultimately lost the battle in 1948, and that part of Judea only came back under Jewish control in 1967.

Standing on this hill overlooking the scenes of so many watershed events in Jewish history, I’m reminded that while success or failure is in the Hands of Hashem, the decision to stand up to the call of mi la’Hashem elai and fight what may be a losing battle — that’s what makes us who we are. 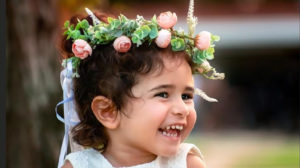 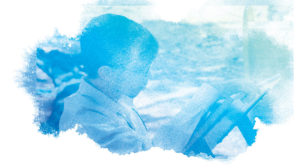 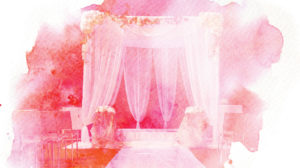 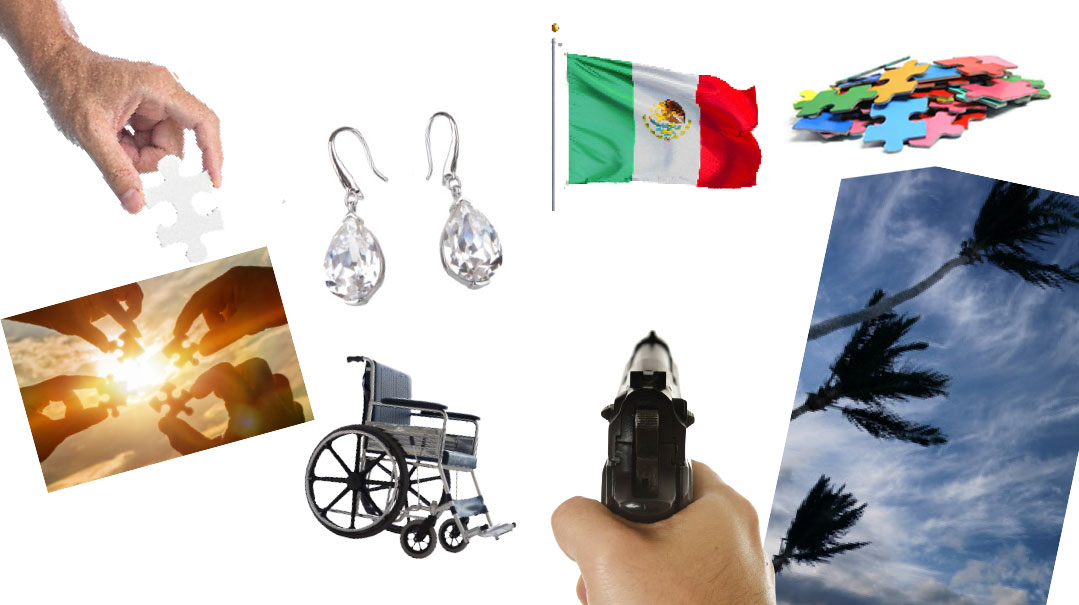 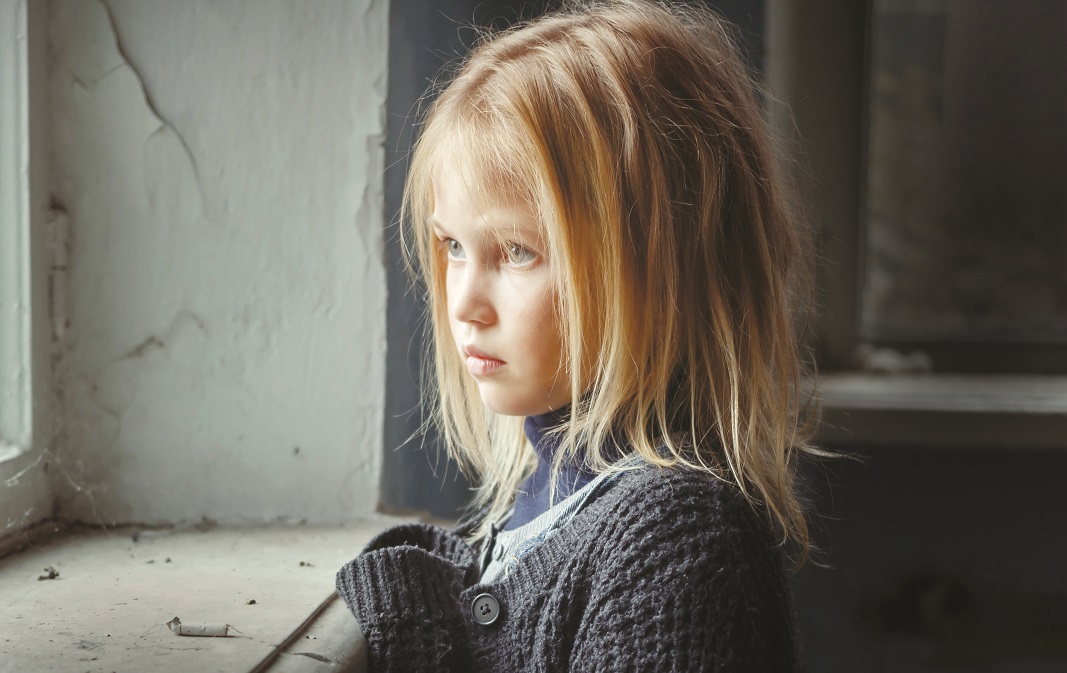