Exempt, yes, but do they have to kick it on their way out? 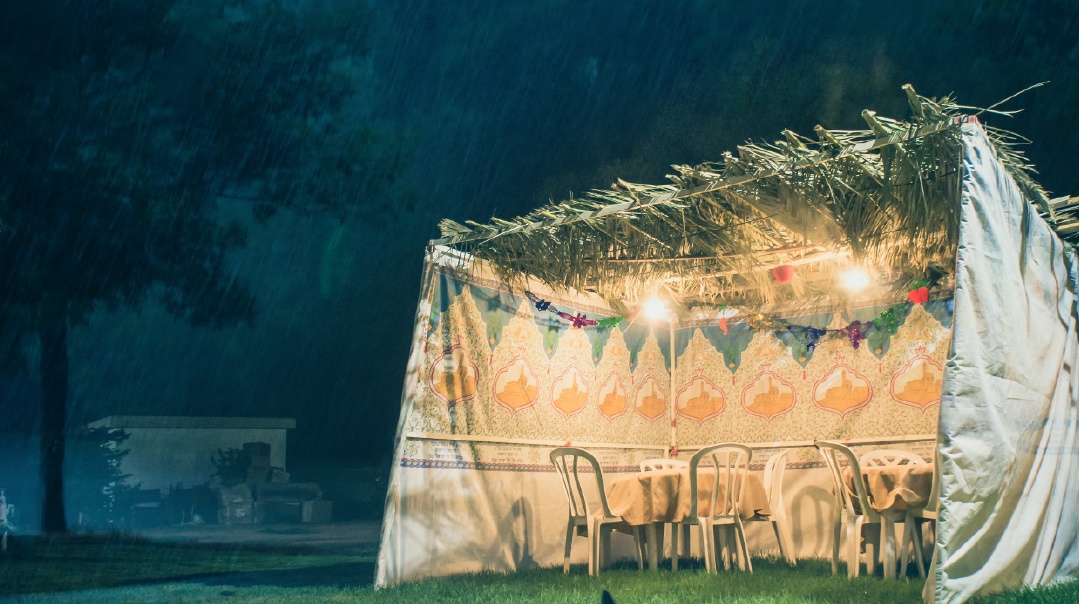 The Gemara (Avodah Zarah 3b) describes how, at the End of Days, the non-Jewish nations will protest having been deprived of the opportunity to fulfill Hashem’s mitzvos. In response, Hashem will give them none other than the mitzvah of Succah to prove their mettle as mitzvah observers.

The non-Jew will enter his succah, only to depart in a huff moments later when Hashem harnesses the sun’s intense rays to make that temporary abode unbearably hot. And, the Gemara foretells, as each non-Jew storms out of his hut, he will deliver a frustrated, disdainful kick at his succah’s walls.

But doesn’t the halachah itself exempt from this mitzvah one who experiences discomfort in the succah due to heat or cold? The Gemara itself poses this question, and its rhetorical response is an incisive one: “Exempt they may be — but need they kick at the succah, too, on their way out?” What is the Gemara telling us, and how does it relate to whether these nations are fit for mitzvah observance as a whole?

In a piyut appearing in the Succos machzor, the paytan speaks of Klal Yisrael fulfilling the mitzvah of Succah “with its measurements… its walls… its sechach, its shade, its entering and exitings.” Its exitings? What could that possibly mean?

In his Divrei Chaim, Rav Chaim Tzanzer writes that even someone who is exempt from this mitzvah for reasons of distress sits nonetheless in the “holy shade of the succah,” wherever he may be. The essence of the mitzvah, he explains, is “teishvu k’eyn toduru,” to regard the succah as one does his year-round home. When we leave our homes, no matter for how long, and no matter how far we’ve gone, it’s still, to us, our home.

And precisely that, too, is the succah. Be it ever so humble, with its flimsy walls and fragile roofing, so porous and vulnerable to the elements, so lacking in the ostensible security of the house situated just footsteps away, there’s no other place we call home on this Yom Tov — even, Rav Chaim says, after we’ve temporarily taken leave of its hallowed space.

But if the succah is indeed our home whether we are within it or without, is there any reason at all for a fit of pique, not mention an assault on the succah itself, over having to leave it due to a temporary heat wave? That reaction can only stem from a profound misperception of the nature of the succah — and with it, all mitzvos.

Even an outsider to Torah can understand the succah as a “House of G-d” — a place of prayer, study, and contemplation. And in this he is not wrong, for Chazal indeed refer to the succah as a structure upon which “the Divine Name rests,” where all those sacred activities ought rightfully to take place.

But the idea that the succah is also a home, in which, in the words of the Shulchan Aruch, we are bidden to “eat and drink and sleep and relax and live” — is foreign to the person who is foreign to Torah. What, after all, have all those things to do with the life of the spirit, with a space in which the Shechinah Itself sees fit to repose? Yet it is precisely our homes — both on Succos and year-round — that can be worthy of the Divine Name, and specifically as a result of the distinctively refined way in which we conduct those very quotidian activities.

The notion of the physical as the enabler of the spiritual, not its antipode, is one that even the angels On High could not grasp. They petitioned Hashem to keep the Torah in the Heavens until Moshe bested them by marshaling the manifold mitzvos that require for their fulfillment a body, a family, a home, as proof positive that Torah was destined to be entrusted to man rather than malach.

And the non-Jew comprehends this no better, which is why, we are taught, he can bring as many olos as he’d like — sacrifices that are totally consumed by the Mizbeiach — but never once a korban whose sanctified meat is to be feasted on by its owners.

“Let not the mitzvah of Succah be light in your eyes, for its laws are equal to all the mitzvos of the Torah.” So says the paytan elsewhere in Shacharis of the second Yom Tov day. With its goal of bringing even the most mundane aspects of human living under the umbrella of the Divine, this mitzvah is emblematic of the overarching purpose of the mitzvos as a whole.

And in times yet to come, one kick at the succah walls will crystallize how the nations of the world misapprehend not just this mitzvah, but every other one as well.

Originally featured in Mishpacha, Issue 781. Eytan Kobre may be contacted directly at kobre@mishpacha.com